REVIEW: The Women’s Groovement: Volume One

Lisa Sullivan and I met up so she could drop my copy of The Women’s Groovement: Volume One, into my hands. A record comprised of various women artists, singing some original tunes plus one cover, and all to benefit The ION Center for Violence Prevention.

That these songs on their own are like novellas. Short stories of the Queen City, and Northern Kentucky areas, but with something deeper lying beneath that surface. Through the eight tracks there was something that felt a little haunting as well.

The ep kicks off with a song called “Tomorrow” and is a great introduction into what these guys do. This has everything that, for me, I enjoy about metal. Jim just absolutely crushes the guitar parts. Steve has a way of wrapping his vocal around the guitar. When Jim goes high so can Steve, if they go low so does Steve.

REVIEW: The Great Beyond by Night Owl

A person’s interpretation of a song’s lyrics is, and can be, unique to them. Being that I’m not the one who wrote the song either I come from feel. Lyrically I dig this song. It seemingly comes from a place of some darkness, and I appreciate that.

The band is The M.F.B. and to quote their YouTube page “there’s a reason why we’re called THE M.F.B. After one night with us you’ll realize why.” Well, I haven’t spent the night with them, yet, but I did spend the weekend with their latest music video called “Big Booty Judy.”

Corduroy Brown is back with another single, “Medicine” from the upcoming EP Starter Pack.

The song is from their 2021 EP Nothing’ to Fear. I like to think of this song as a love letter. It just asks the questions “if you were to die what would you / I do?” All the while using death as a metaphor for the “stupid things I say” inside of a relationship.

SINGLE REVIEW: “If I Told You “ - Jen Tackett

Each line of the song is essentially asking that question; If I told you such and such, how would you feel?

Who I Am for Now: Corduroy Brown

Through all of Corduroy’s music there’s an underlying theme giving attention to mental health. This song and video sort of encapsulate that.

ALBUM REVIEW: The Ivory in the Narrows - Matt Baumann

What has always struck me about Matt are his lyrics. The poetry in their feeling, their simplicity and complexity, and his lyrics all draw me in like a deer in the headlights. Then everything gets put down and shut off and the listening commences.

Sixteen wheels and an open road, oh wait. Well maybe four wheels, the open road, and this album. No matter how many wheels you have on your vehicle Jake Dunn and the Blackbirds new record Sad Songs seems like it was made for the open road. 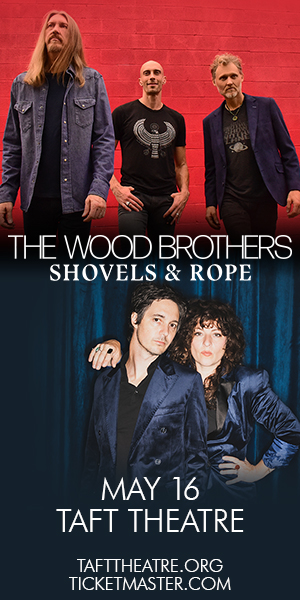