Sammy Adams is a platinum selling rapper, singer, and songwriter, who has climbed the charts and overcome obstacles that showcase a combination of unparalleled talent and resilience.

For one special weekend in June the term takes on an added meaning during the 3rd Annual Railbird Festival. 2 days. 3 stages. World class artists.

Lift the Medium Return to the Stage

Lift the Medium return to the stage for the first time since March of 2020! And for good reason, opening for The Struts at Bogart's on Thursday, December 8th!

The Royal Crescent Mob (aka R.C. Mob aka The Mob) formed in Columbus, Ohio in 1985. Over the next nine years Carlton Smith (drums), Harold “Happy” Chichester (bass), David Ellison (vocals, harmonica), and Brian “B” Emch (guitar) created an exhilarating blend of punk, funk, rock, and hip hop and ignited stages with their incendiary live shows.

Catch Trampled By Turtles this Saturday at The Andrew J Brady Music Center with Pokey LaFarge!

Shows Not to Miss at The Southgate House Revival in December

Stop in The Southgate House Revival this month for an amazing line-up of shows!

Thanksgiving weekend was the perfect time for the Great Heathen Army tour to make a stop in Cincinnati.

Triiibe Foundation mission is to: Provide positive representation of urban culture through growth, community, and creativity.

Wonky Tonk & Juan Cosby have teamed up again to present to the world a new full length album: Breaking Patterns!

Freekbass, an innovative and funk master bass player hailing from Cincinnati, recently recorded an album called Krameria, that is high energy and enjoyable to listen to. Song by song and note for note, the album not only keeps the listeners attention with strong bass leads and vocals, but makes you want to get up and dance the night away.

Koe Wetzel's 2023 Road To Hell Paso Tour will be ending at MegaCorp Pavilion!

The Yugos are back, and it’s for a great cause: their mom. 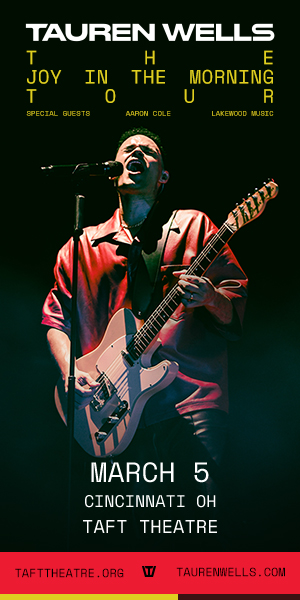