I got to catch up with HoneyHoney’s Suzanne Santo as she is just starting her solo tour for her debut album entitled Ruby Red. Suzanne’s soulful voice coupled with her raw lyrics have made her a powerful force in music.

Having the opportunity to go see 2 bands from the 1990’s that I enjoy and a highly recommended local band was not a hard decision. On September 10th The Toadies, Local H and Mad Anthony rocked Bogart’s.

Creedence Clearwater Revival is a band that has made music that has lasted for decades. They are in the Rock and Roll Hall of Fame, literally. Since front man John Fogerty departed the band in ‘72, the passion for playing is what sparked the remaining members to form and tour by the name of Creedence Clearwater Revisited. Drummer Doug Clifford and bassist Stu Cook have been together since the beginning and are now joined by Kurt Griffey, Steve Gunner, and Dan McGuinness.

Norah Jones Did Not Disappoint at Taft Theatre

Wednesday, March 1st at Bogart’s is going to be a special night. Yonkers New York legends The LOX will be here on their Filthy America....It's Beautiful tour. The record of the same name is their first group album in nearly 16 years. They have gone back to basics with producers like Pete Rock...

Few rock bands can come out of retirement and have hip-hop legends lining up to take over vocals. By a few, I should say no one but Rage Against the Machine. That’s exactly what happened last year. After a few years of taking time off, they are back, and on tour as Prophets of...

In 2002, the self-titled album The Used was released. This was my introduction to the Emocore/Screamo genre of rock music. Sure this type of music was around, but it never enticed me listen. To be honest this album would go unknown to me for another year after its release as well. Then in 2003 I...

In London, 2007, a special thing happened. Florence Welch & Isabella Summers got together and formed the band Florence + the Machine. While they had already been playing small clubs in the area, they were destined for something more. They owe a lot of thanks to the big break they received from...

Interview with Cradle of Filth

On March 2, 2016 Cradle of Filth came and opened the gates of hell in Bogarts! After the show I caught up with keyboardist/singer Lindsay Schoolcraft to discuss the current state of the band and the tour for the newly released album Hammer of the Witches. The show was amazing and I hope to catch...

On October 15th HoneyHoney will be at the Taft Theatre. If you've never heard of this band you should make it a priority to do so.  Suzanne and Ben make music from their hearts and are building a strong fan base across the country.  They are regulars on the #1 Podcast the Joe Rogan...

Interview with Frank Bello of ANTHRAX

ANTHRAX is coming to Madison Theater on Sunday, September 13th. I caught up with Bassist Frank Bello to get some insight on the band that has been rocking since the 80’s, to get his perspective on the new album and what the band is up to these days. Please go support these guys and rock...

Fall in Love With Mates of State at Madison Live

Mates of State are the coolest thing to come out of Kansas since the Wizard of Oz in 1939. A little over ten years ago a good friend of mine Tessa made me a mixtape. Among all the cool new bands I’ve never heard of and nestled away as track 8 was Mates of States “What could I stand... 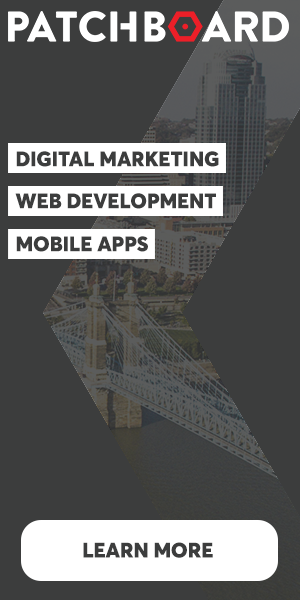