Matt St. George is a singer/songwriter/guitarist from the Cincinnati/Dayton, Ohio area. He has been writing music for over 20 years. He has played in a multitude of bars/clubs around Cincinnati and Dayton, Ohio with his band Matt St. George. Matt released his first EP titled “The Journey Ahead" in 2016, which can be downloaded on multiple platforms such as iTunes, Amazon Music and Spotify. He also has a degree in journalism from one of the top 10 journalism schools in the country, the E. W. Scripps School of Journalism at Ohio University. Writing for publications such as the Dayton Daily News and the Wilmington News Journal in Ohio, as well as being a musician himself, he brings with him great experience and insight.

Freekbass, an innovative and funk master bass player hailing from Cincinnati, recently recorded an album called Krameria, that is high energy and enjoyable to listen to. Song by song and note for note, the album not only keeps the listeners attention with strong bass leads and vocals, but makes you want to get up and dance the night away.

Mightmare, a solo project created by singer/songwriter River Shook (aka Sarah) of Sarah Shook and the Disarmers recently released Cruel Liars, an album which creates a unique indie/pop rock experience.

Album Review: Sage The Renegade – The Banality of Evil

As the band’s first album, The Banality of Evil, has a unique style, one that isn’t heard often in the local music scene.

While listening to an album, the concept of how it makes a person feel, or the “vibe” it gives off to the listener, is very important. Junior Citizens album Here in Golden Sun, makes that very clear, as each song has its own distinct sound and melody, that each listener can easily vibe to. 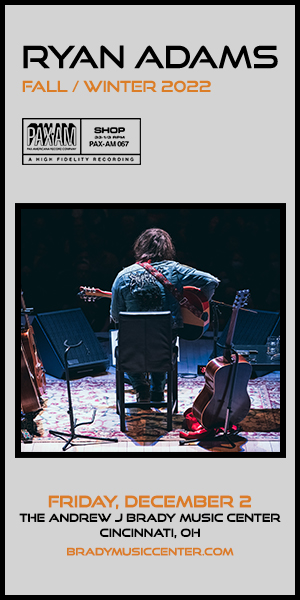