Okay, something happened over The Pandemic, I guess? More time spent on the internet, The Algorithm, friends recommending bands and music and albums to get each other through These Unprecedented Times. I’m honestly not sure. Whatever it was, The Menzingers damn near sold out Bogart's because of it. As surprised as I was - and still am, to be honest - I couldn’t be happier to have been there to witness it.

I’ve talked extensively about my love for The Menzingers here, and here, and here. Oh, and here. They’re one of the most consistently great live bands I’ve had the pleasure of seeing so many times. They’ve pushed themselves as a band and as musicians without ever straying too far from what their fans love so much about them. They bring really good bands on tour with them. If The Menzingers are coming to town, you are 100% guaranteed to have a good, if not great, time. Friday night at Bogart's was absolutely no exception.

As this was a makeup date for their 10 year anniversary tour for what is still my favorite album of theirs, On The Impossible Past, we didn’t get the original lineup featuring Touche Amore (much to my dismay). But with Rodeo Boys, a rock quartet from Lansing, Michigan, and Oso Oso, an emo leaning rock outfit from Long Beach, New York, the four makeup dates for this run are no less chaotic and, most importantly, fun.

Rodeo Boys were a great opener - super entertaining, energetic, tons of fun to watch. They have a Certified Shredder on guitar, which was interesting to see and hear in the midst of their midwest punk-tinged rock musings.

I was genuinely curious to see Oso Oso, a name I recognized and knew had a fairly solid following. I’ve listened through a few of their albums and liked what I heard, and was glad to see that they were a solid live band - they sounded great, had some pockets of folks singing along throughout the crowd, and kept the energy up leading into The Menzingers' set. 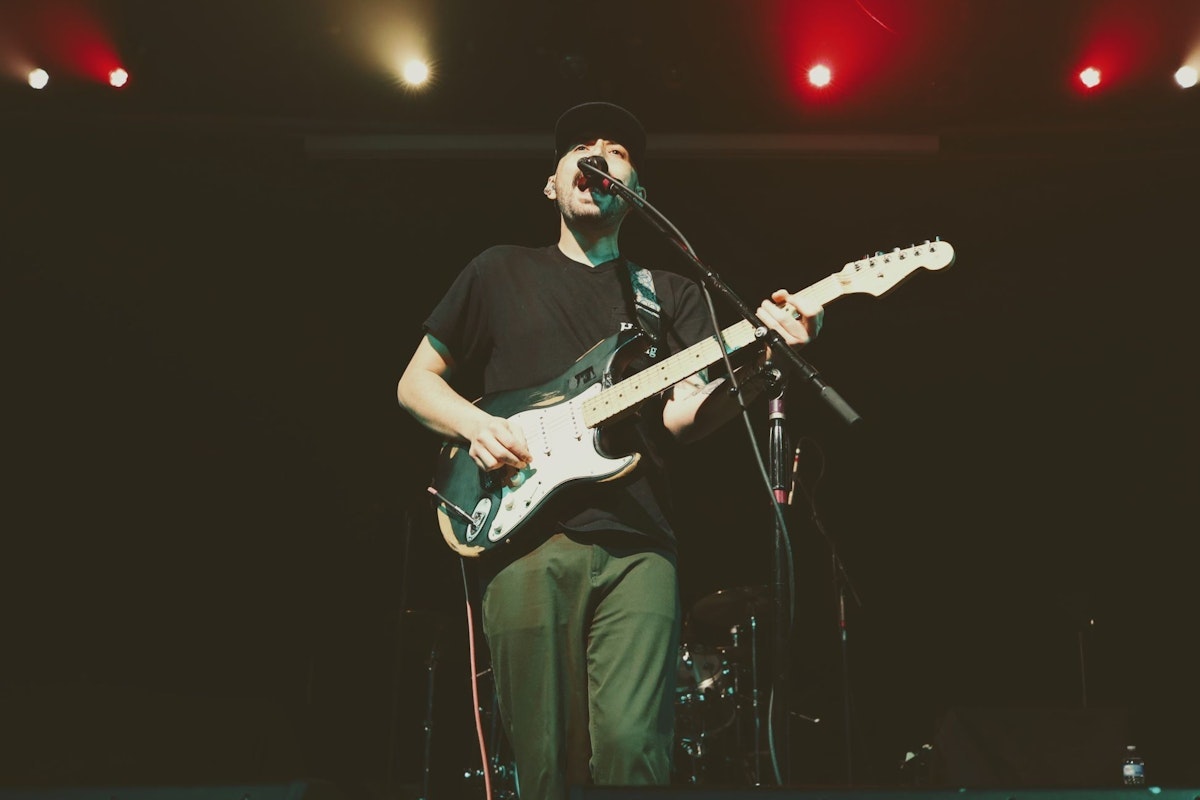 The thing about anniversary tours like this, you kind of know what you’re going to get. The album played live, front to back, with fidelity to how they were originally presented, though an experience no less passionate for it. I’m now old enough to have attended quite a few of these, and I have to say, I get no less excited for them. Ever. On The Impossible Past is my favorite Menzingers album (though, for the record, they’ve never put out anything less than great). For all the sadness and melancholy of creeping middle age malaise that On The Impossible Past possesses, it’s also an album that uses it’s dark edges to tell sincere and honest stories that, 10 years on, still connect with their fans as potently as they did when the album first released.

As far as I’m concerned this should have been their Good Mourning-esque album, the one that got them the attention they’ve so rightly deserved. As far as I’m aware that never quite happened, but if Friday’s show is any kind of indication, that’s changed. Significantly. 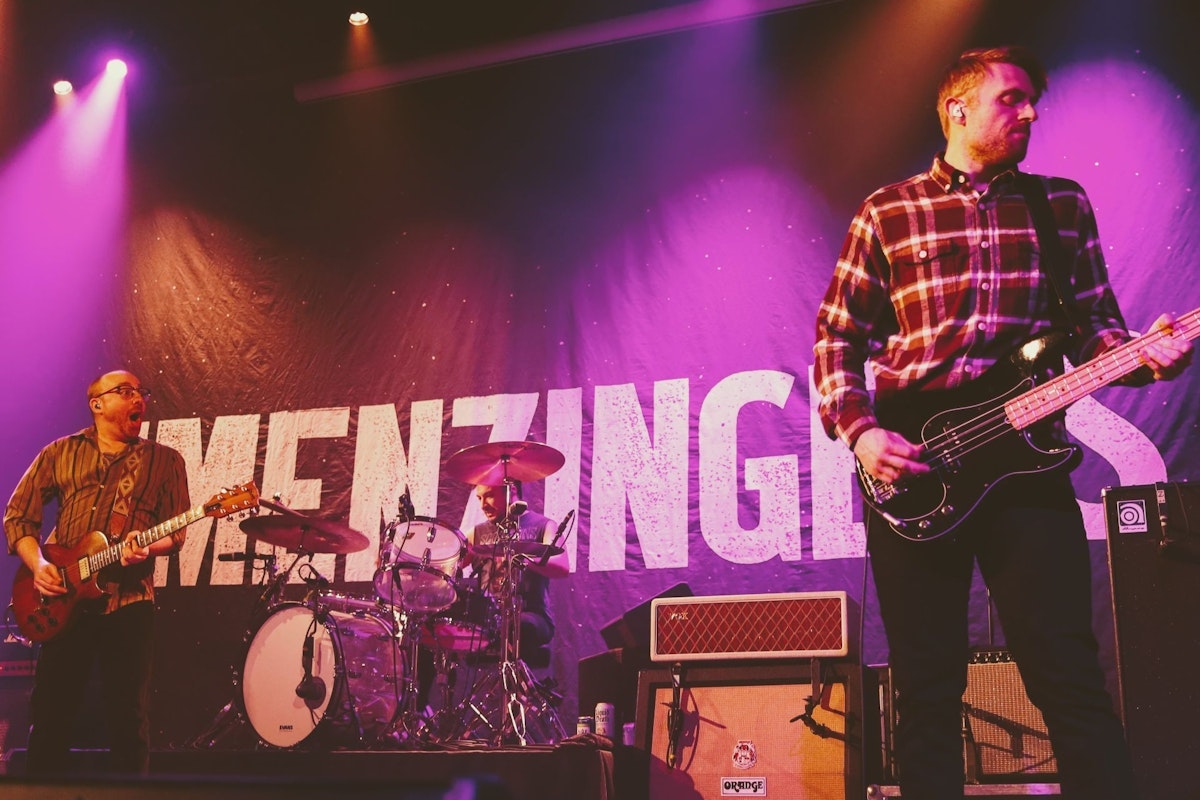 I was disappointed that they had moved from The Southgate House Revival, where they’d played the last few times they came through the area, to Bogart's. Unfairly, I didn’t expect the turnout they ultimately commanded. The venue was packed - close to selling out, if I had to guess - and the crowd was really, really into it. Chaotic, loud, sweaty, and most importantly, together. It’s this kind of experience that reminds you that, yes, even at 41, there are going to be surprises, the music you feel like lives in a vacuum is actually impacting a lot more folks than you realize, and hey, it’s okay to smile about it all and sing along.

Even knowing what the night would hold, this performance was a surprise from start to finish, and I left with a shit eating grin and renewed, or at least reinvigorated, appreciation for what The Menzingers have been doing for almost 20 years now. That they continue to put out great music, tour consistently and perform, somehow, even better every time they come around, is something of a minor miracle. Whatever they’re doing is working, and I genuinely hope they keep going for as long as the fun still comes through in the smiles and laughs and energy and singalongs that they have on stage, and that we’re lucky enough to share with them from the crowd. Cheers to 10 years of On The Impossible Past. Here’s to many, many more.

This is my fourth time seeing The Menzingers at The Southgate House Revival, fifth or sixth time all told. For 10 years, the Scranton, PA have been doggedly criss-crossing the country, bringing their unique blend of punk rock, melody, angst, and joy to ardent and voracious fans.

For every MTV friendly, (I Heart) radio ready pop-punk band hitting airwaves and probably angels, there are 10, 20, 300 bands of the same ilk starting out, getting ignored, or breaking up. While a vast majority of them simply fade into the aether, some manage to gain traction and then disappear,...

This Tuesday, June 4, The Southgate House Revival is hosting what I will arguably describe as the Best Punk Rock Show/Tour of 2013. So far, anyway.  Philadelphia’s The Menzingers, still riding high on their brilliant, genre-defining 2012 album …On The Impossible Past, are bringing Fake...