This is my fourth time seeing The Menzingers at The Southgate House Revival, fifth or sixth time all told. For 10 years, the Scranton, PA have been doggedly criss-crossing the country, bringing their unique blend of punk rock, melody, angst, and joy to ardent and voracious fans. The last time was in 2019, so just over 2 years ago. Read about it here, because I’m going to talk about some other things and don’t want to repeat myself if I can help it.

First things first, this was probably my favorite set they’ve played in all the times I’ve seen them. It was about as well balanced between all their releases as an hour and fifteen minute set can be, and it was thoughtful, fun, and emotional all the way through. One thing I can say, too, is that it’s probably been about 2 years since I’ve actually listened to them, and that’s not a knock on them as a band - definitely more my fault as a listener and fan. So getting to see them now, I was genuinely happy to be reminded how special a band they are, and how much I really do like what they do both on the stage and through their albums.

Special mention should be made for their continued stellar work in bringing along openers that not only make sense as a tour package, but actively and actually make the show more enjoyable. Canadian exports The Dirty Nil opened things up and were a hell of a lot of fun, with Brooklyn’s Worriers playing as direct support with a really interesting set. I was struck by where each of the openers sat sonically, and how, to me, The Menzingers more or less split the difference and tied it all together. I highly recommend checking out all the bands if you haven’t yet.

I won’t rehash how good The Menzingers are live any more than I have to. Suffice it to say that if you’re not singing along, you’re still moving around. At the very least you’re smiling. Their set was an amalgamation of 15 years as a band, and damn near every song had the crowd singing along, often loudly. If you’ve them, you know what I mean. If you haven’t, you really should see it for yourself. Also, kudos to them for selling out the venue for the first time - it’s truly awesome to see a band that works as hard as they do (and has as much fun as they do) bring that kind of crowd out on a Tuesday night.

This is the second concert I’ve attended since the pandemic started. The other show I took the opportunity to check out was just a little over a week ago. Prior to that, I think the last band I saw live was The Get Up Kids, and that was at The Southgate House Revival. December 2019. Regardless of the styles of music, or the different venues, and the types of fans they draw, the experiences were miles apart. I want to take a moment to shout out Morrella, Jon Stout, and everyone involved in what The Southgate House Revival does for Cincinnati - The Menzingers’ show was almost the most normal I’ve felt doing anything outside of the house for a long time, even with my mask on the whole time. That it was a sold out show, 95% of the crowd was in masks, vaccinations or negative tests were verified, and I only saw one drunk jerky jerk escorted off the premises is a testament to the hard work they’re putting into the scene here. All-in-all, it was a truly memorable experience and I want them to know it’s sincerely appreciated. 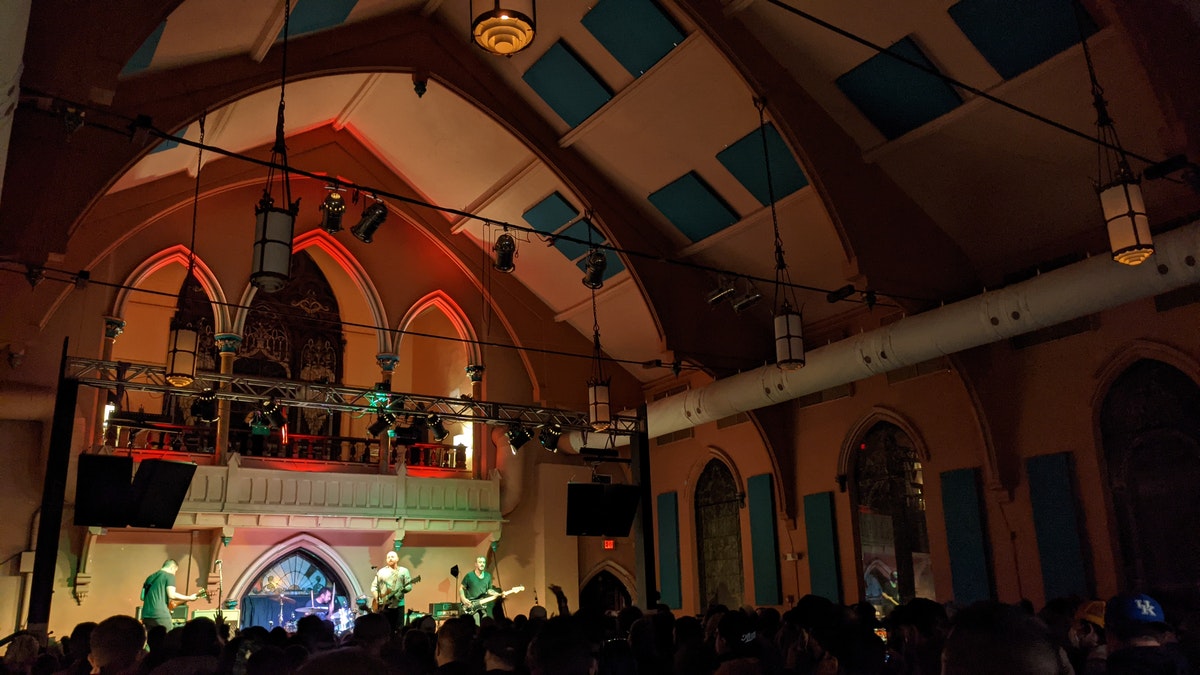 All Good Things… The Menzingers at Southgate House Revival