I wasn’t quite sure how this one was going to go. Of all the bands on the bill, the opener - Armor For Sleep - was the one I’ve seen most live. It’d been 20+ years since I’d seen Dashboard Confessional (I’m sure at least ONE of you was at the Vagrant Across America stop at Bogarts in 2001, right?). I think I’d caught Andrew McMahon - at the time playing with Something Corporate - at a Warped Tour? So all around, I was really rather curious to see how it all played out.

As the opener, Armor For Sleep played a quick 30 minute set. A great reintroduction of the band to some fairly big crowds who’s audiences very much crossed streams with the headliners, I wasn’t surprised to see that they had quite a few fans in attendance. Touching on new material, diving into their back catalog, expressing gratitude, and genuinely enjoying themselves on stage, it was a bit of a memory jogger seeing them play again. We talked to Ben Jorgenson, Armor For Sleep’s vocalist, earlier this week. You can find out a bit more about them here. With a new album on the way, I’ll be keeping an eye out for what they do next. 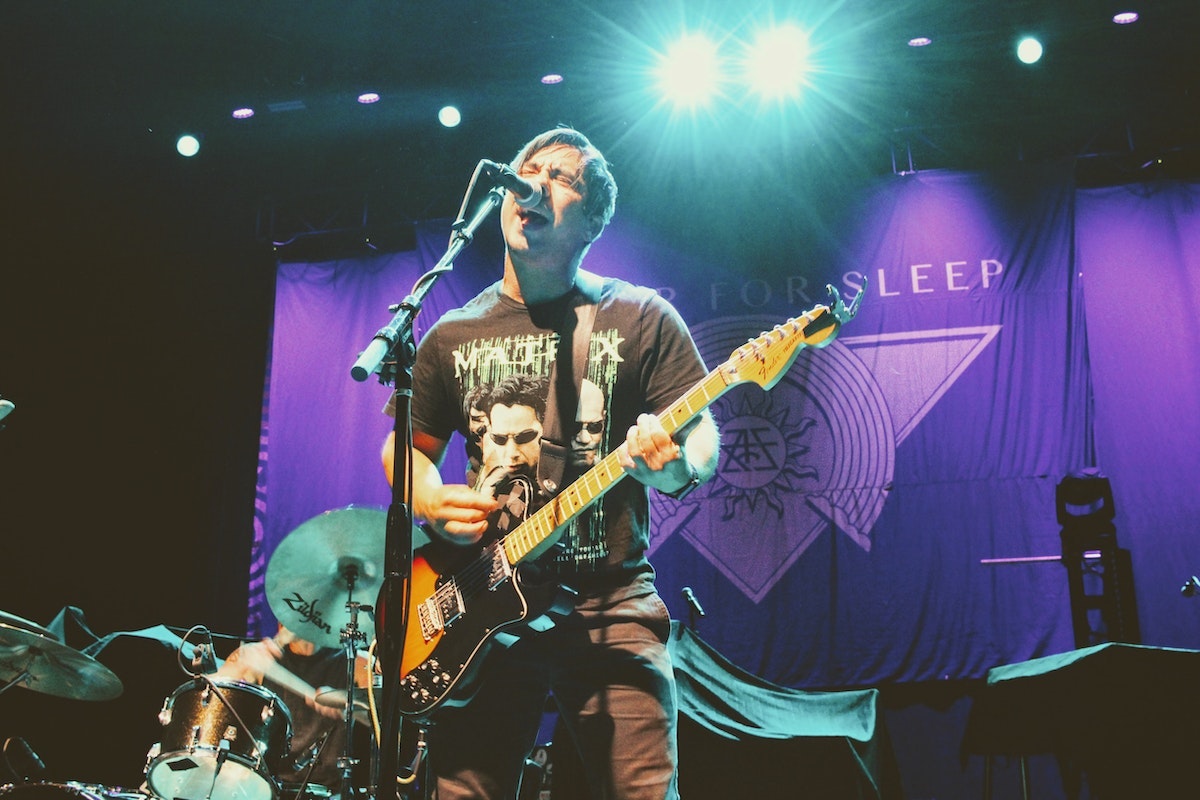 Stage turnover was quick and easy - we’re well past any of these bands operating on Punk Rock Time. Andrew McMahon in the Wilderness played next.

I was and continue to be mostly unfamiliar with their oeuvre, but I have to say, the band’s set turned out to be one, big, lovely surprise. Incredibly well curated - with fans commenting on how cool it was to hear a few Something Corporate tracks even they didn’t expect - it was a bear hug of music, the kind of set you kind of wish you could see every night. McMahon was surrounded by seasoned professionals - you could tell - and they each did everything in their power to support McMahon, keep the set moving at a blistering pace, and keep it lively and smooth, all at the same time. McMahon himself was a joy to watch, lithe and effervescent, grins between lyrics belted over pianos or with fantastic harmonies. I admit to getting a bit choked up when his 8 year old daughter almost magically appeared on stage to sing along with a song he very obviously wrote about, or for, her. What an amazing gift to be able to give, night after night. 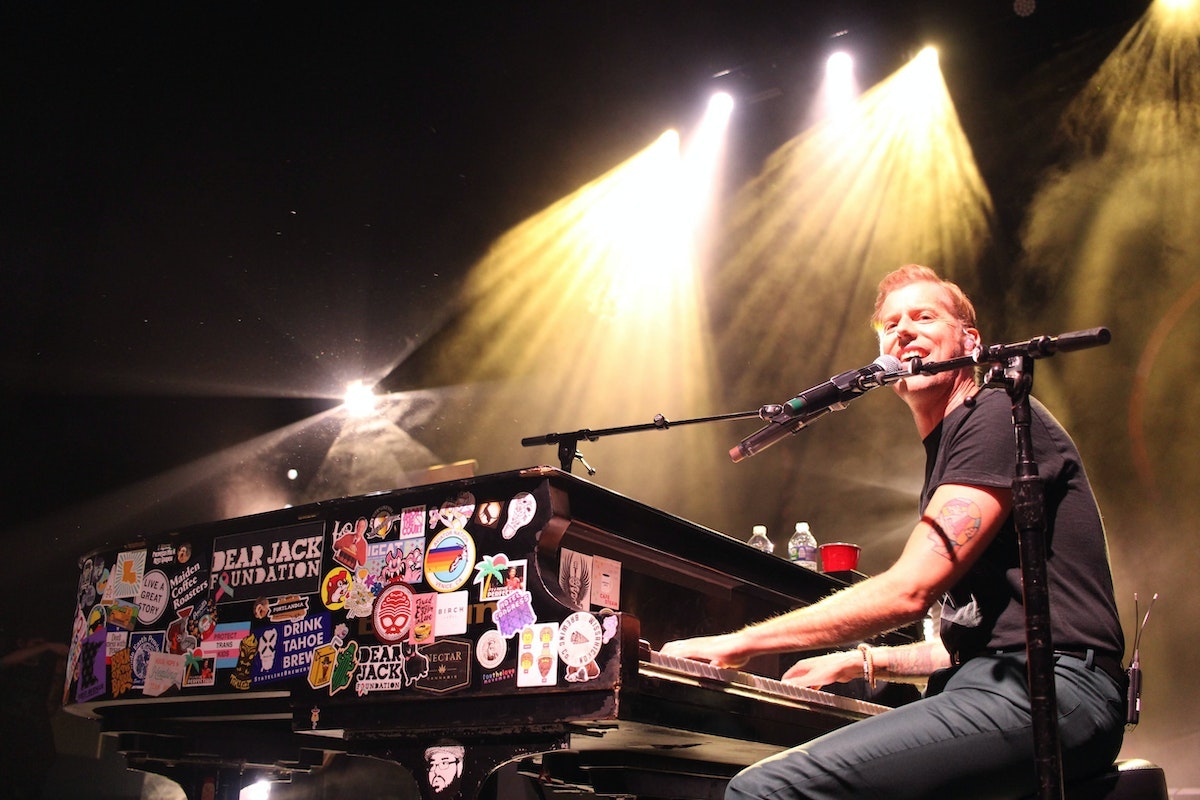 Closing out the evening, Dashboard Confessional’s Chris Carraba started alone on stage. Just him, his guitar, and his voice. It was a powerful reminder of where this project started, and what made it so special when it first hit the scene. As a fan of his other project, Further Seems Forever, and having seen him perform most memorably at the Vagrant Across America tour in July 2001 with Hot Rod Circuit, The Anniversary, and Saves the Day (one of you had to have been there, RIGHT?), I have some really challenging but cherished memories attached to his, and their, music. I wasn’t sure how I would feel, or where my mind would go, during their set. But, with a full band, arrangements that were somewhat unfamiliar to me, and enough time between now and way back when, their set was a bit of a revelation. It definitely weighted towards the past, oldies but goodies, and there’s good reason for that. But, seeing the fun and excitement Carraba had during the set - especially when Andrew McMahon joined the band for their cover of The Cure’s “Just Like Heaven” - it was easy to see how much fun he’s having now. 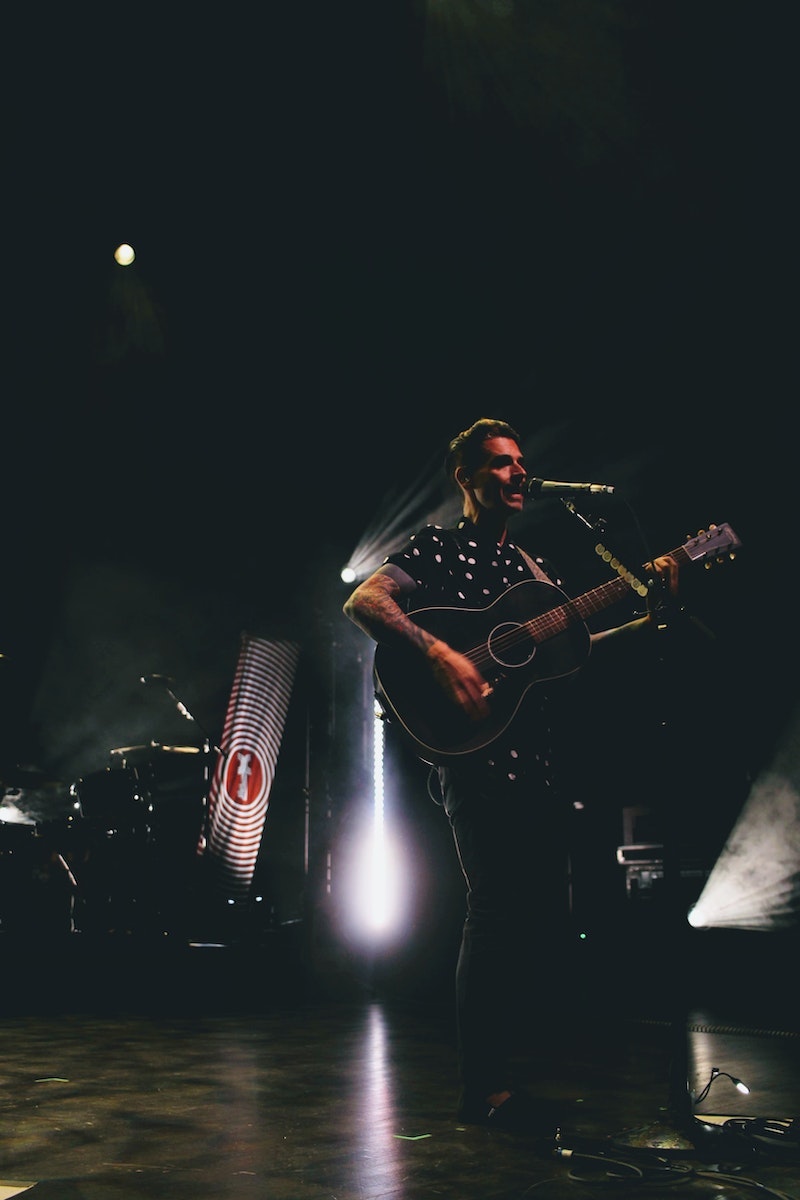 Like many of the tours I’ve gone to see over the past year, each and every band was thankful and appreciative for what they get to do, for the fans there to sing along with them, and all too aware that it can be taken away at any moment. Gone days or not, here’s to a few more of them, and here’s to singing along, along the way.

I was given the opportunity to chat with Ben Jorgenson, vocalist, guitarist, and founder, about what it means to come back to a scene that is vastly different from what it was when they started. We talk a bit about the new album, touring with Dashboard Confessional and Andrew McMahon in the Wilderness, and even reminisce a bit about the very special time in New Jersey when it seemed like the bands from the state were basically taking over the world.