Finally, after almost two years in the making, Foxy Shazam triumphantly returned to the stage for an energetic homecoming show at The Andrew J. Brady Music Center Saturday night.

A lot has changed, in the world and with the band, since the last time Foxy was under the bright lights. Six months after the release of Gonzo in 2014, the band went on an indefinite hiatus.The hypnotic lead singer Eric Nally continued with solo releases, notably guesting on Mackelmore’s hit “Downtown” and touring in support. The other band members also stayed busy with various side projects. Three members decided to part ways, and then COVID-19 spoiled the proper live introduction of the revised lineup. An April 2020 show at the Taft Theatre, which sold out within hours of going on sale, was postponed twice before finally getting cancelled.

Fast forward to 2022, where the boys are back with a reenergized bang. Foxy released Burn in 2020, and a new album, The Heart Behead You, is coming out on Valentine’s Day. But most importantly, they finally played a show in their hometown.

Opening with “Unstoppable” seemed the perfect choice. Foxy was telling the city that despite the challenges of today, we could not be defeated! One must wonder if that choice was directed at the state of our world, or more locally, in support of the Bengals as they prepare for the big game Sunday.

Despite some lineup changes, the band is as colorful as they are tight. Nally was born to be on stage, and is hypnotic to watch, whether he’s doing cartwheels, wearing a cymbal like a hat, or belting out the anthemic pomp-rock songs that have become the backbone of the band’s signature sound. When you have a naturally born front man like Nally, I can only imagine the rest of the band feels compelled to up their swagger game. 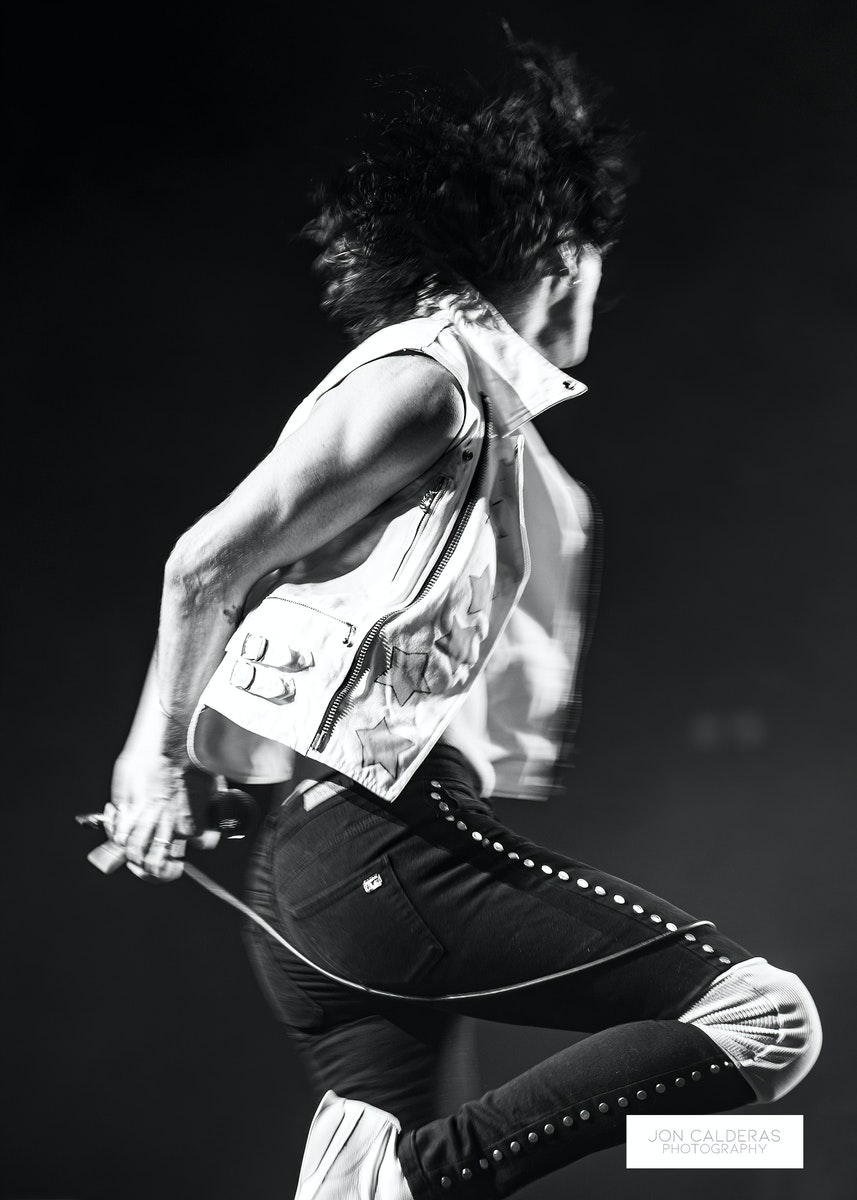 The beautifully bearded keyboardist Sky White was a tranced dancer, moving his keyboard like a flotation device, and hammering chords on top of the sea of the audience. 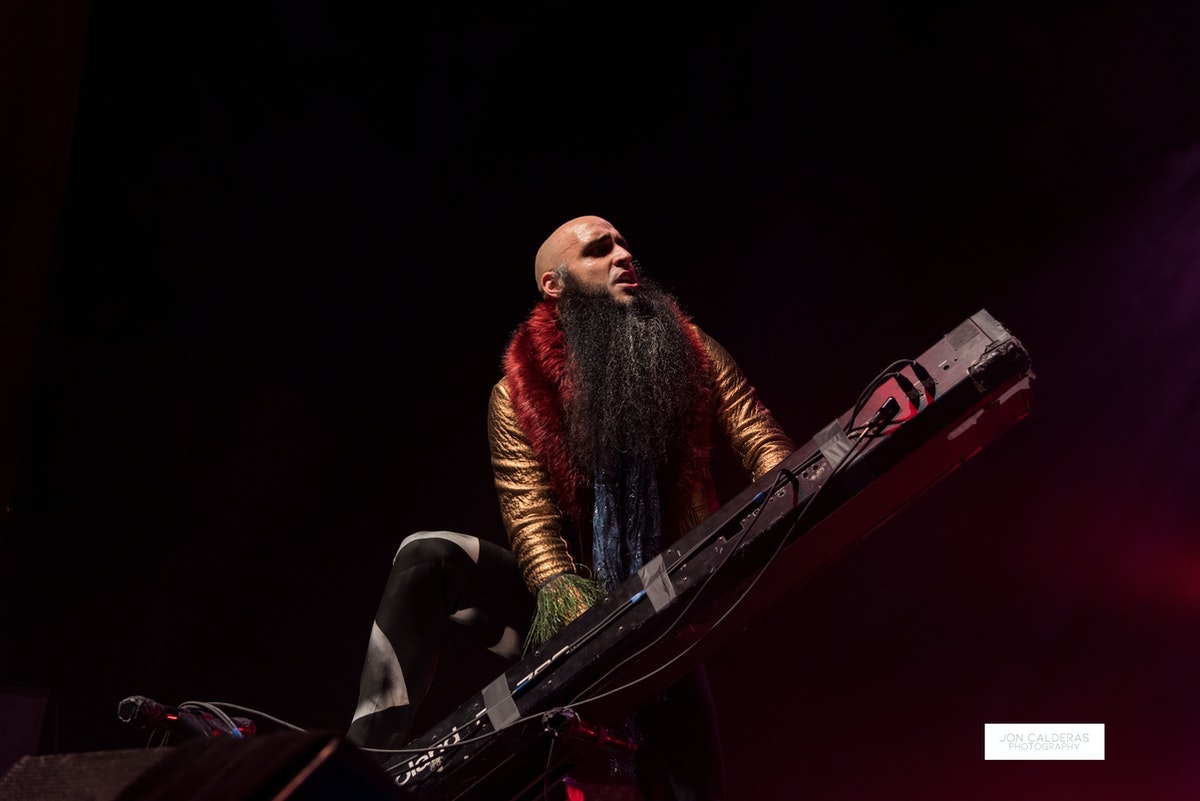 The mysteriously masked but shirtless bassist known as Trigger Warning was an imposing thumping force with his five string Ripper-style bass. Guitarist Devin Williams channeled guitar gods of the past with his soloing. Drummer Teddy Aitkins was a frantic but steady backbone, with his Super Saiyan hair shining in the lights. Trumpeter Alex Nauth shined with his Good, the Bad, and the Ugly-style whistling on “Burn.” 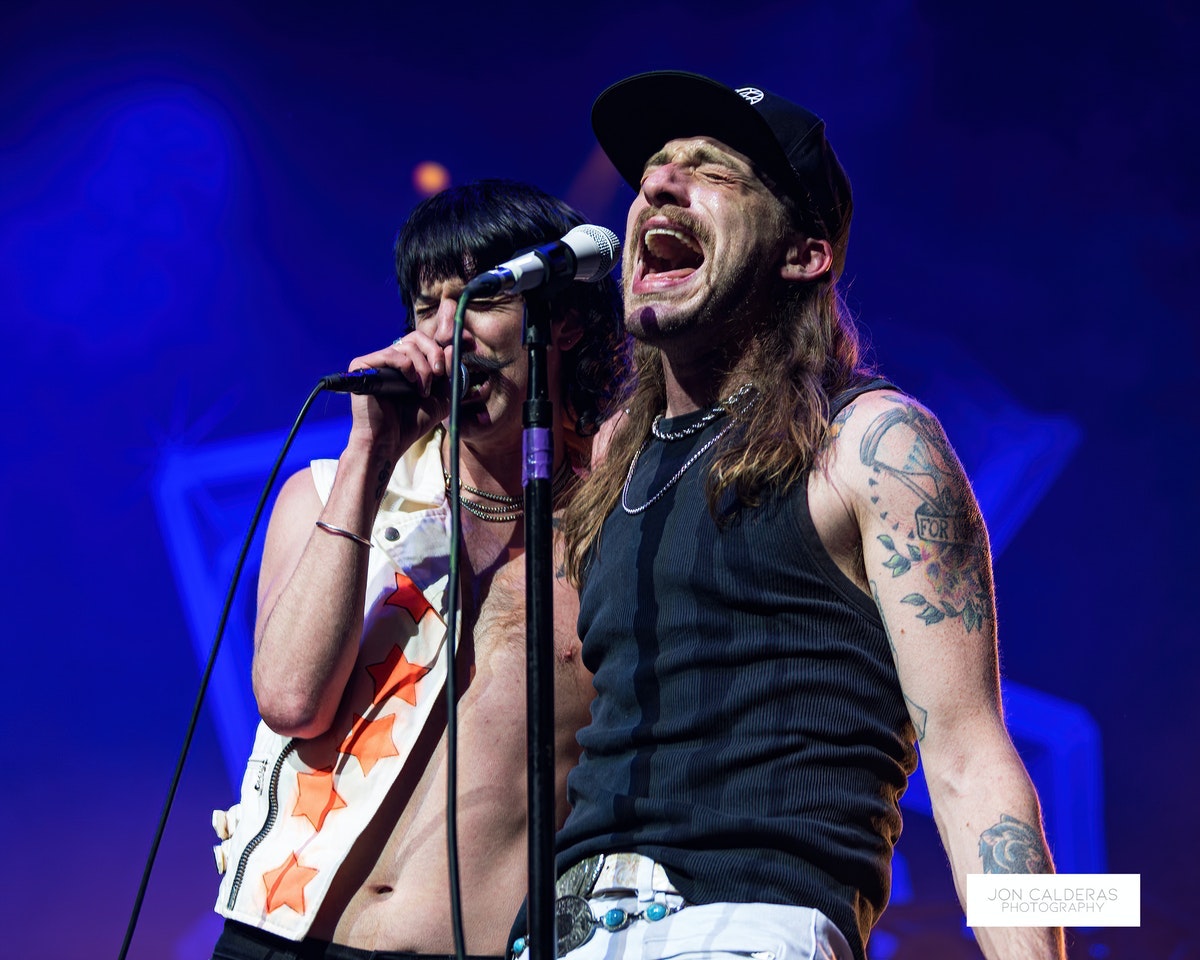 In fact, many of the songs from Burn, including “Dreamer” and “Dreamscape 2020,” had noticeably better energy and cohesion than is found on the record. Given that Burn was recorded in segments across the country during the pandemic and pieced together, this isn’t a surprise, but tonight’s set did breathe fresh life into those songs.

Other highlights included “Holy Touch,” which interloped the slow part of Elvis’s “Suspicious Minds” during the breakdown. I always felt like that part of the song sounded a lot like the change in “Suspicious Minds” and I suppose the band saw that similarity as well. “Ghost Animal,” “Oh Lord” and the song “No! Don’t Shoot” from their debut album all got great reactions from the audience.

In support was Robert Finley, a 68 year old blind bluesman from Louisiana, who engaged everyone with his contagious good mood, the true stories behind his songs, and suave dance moves. 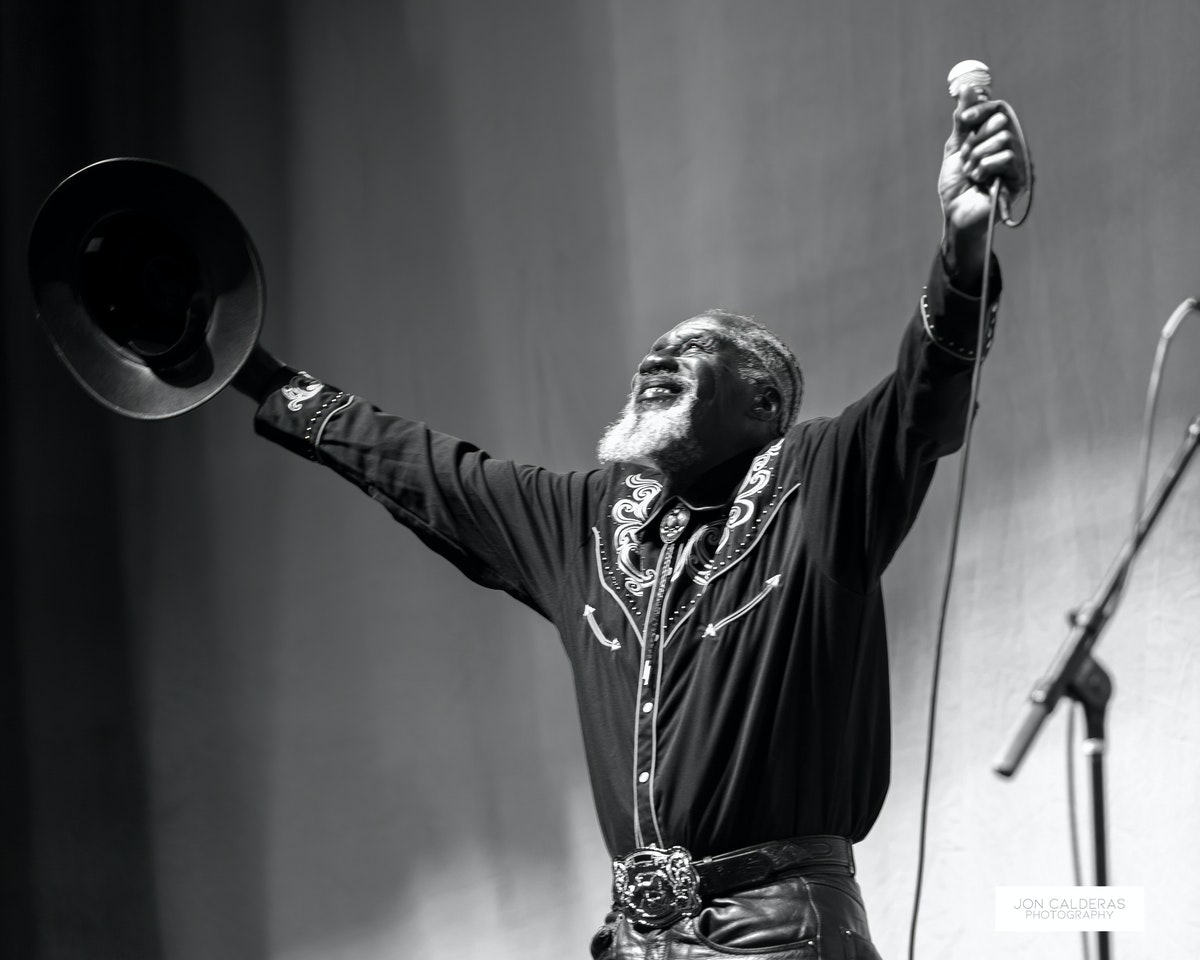 It did seem like perfect kismet that tonight was for celebrating one of Cincinnati’s best rock bands, on the eve of the Super Bowl that has the whole city hyped for what will hopefully be a Bengals victory. What better way to pump up the city on the night before the big game than a confident, tight and fun romp through Foxy’s greatest songs. It seems with this new lineup, Foxy is sticking around for a while, and it’s exactly what the music world needs. As Nally said to conclude the night, “We will be back for more, forever more.”

Brandon Schoonover is a graduate of Ohio State University. A man of many hobbies but a master of none, Brandon can be found playing with Easter Rising whenever they let him. He enjoys craft beer, football, and inappropriate memes.