Rap battles via @overcastfest on Instagram! T-shirts will be available via SRO Prints!

About Innocence Project:
The Innocence Project's mission is to free the staggering number of innocent people who remain incarcerated, and to bring reform to the system responsible for their unjust imprisonment. 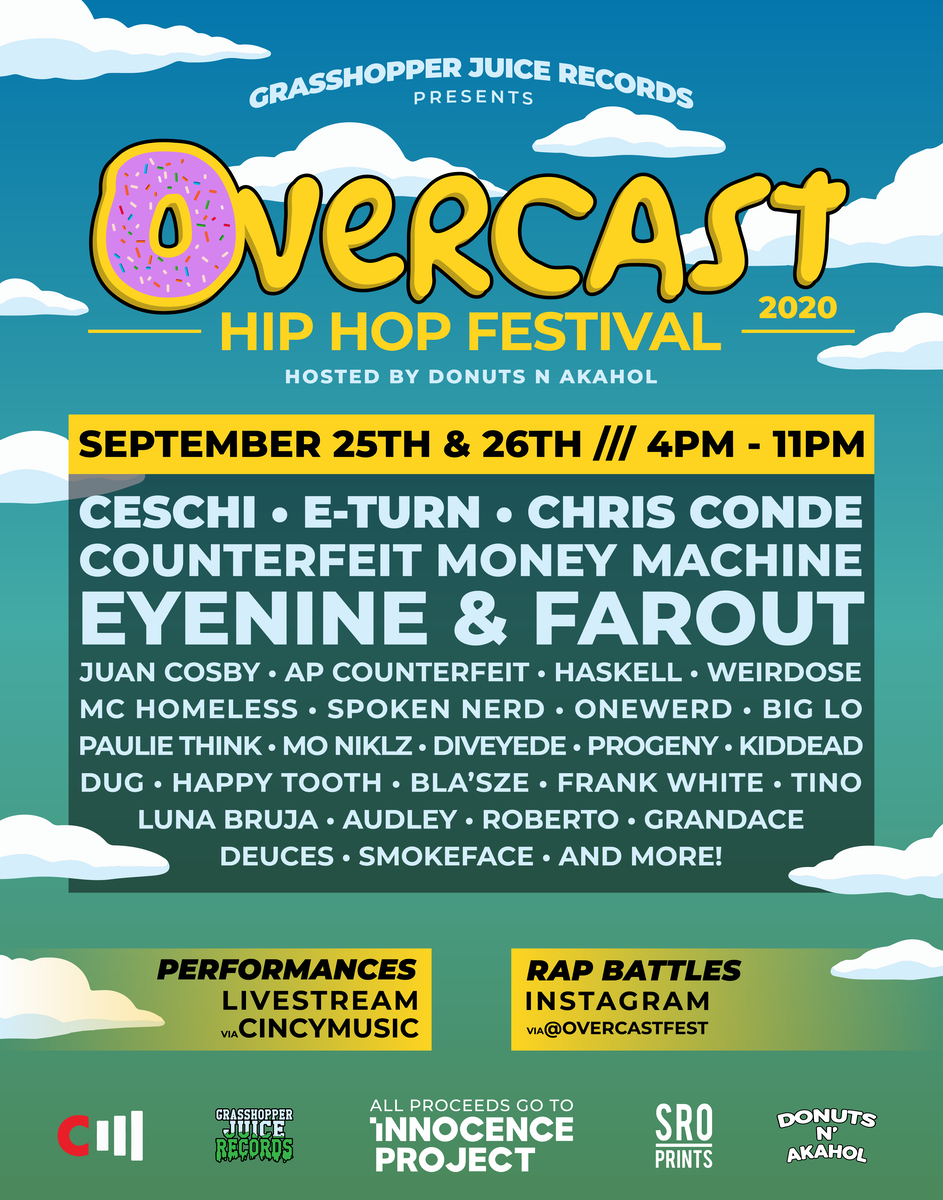 Formally known as "Divide the Poet", Diveyede labels himself a "Style of No Style" Poet with an Alternative, unorthodox uniqueness. Southern California born and raised he moved to Seattle in 2012 and has been building his name ever since. His self-written lyrical content expresses each persona in his mind based on his own experiences and knowledge. From love, lust, friendships to videogames, anime and lifting weights, many subjects are talked about as Diveyede tries to establish calmness in chaos.

Luna Bruja blends notes of Neo Soul, Hip Hop and R&B to transcend her poetry with lyrics that resonate. A storyteller at the core, Bruja tries to speak to the the deepest parts of all of us. Her sound spans over multiple genres and continues to grow as she explores the ever changing world of music.