Here is a little pro tip for the kids sitting in the back. Always take the time to see the opening band. Sure it can be tough sometimes waiting for the main act to finally take the stage and some openers aren’t quite up to snuff, but every now and then you are going to witness something fresh, new and soon to be on your playlist.

Such is the case for Playboy Manbaby out of Phoenix, Arizona.

Singer Robbie Pfeffer announced to the crowd that this was their first time in Cincinnati and expressed his love for the city and Cincinnati’s ability to add meat to any dish and electing Jerry Springer a mayor. Starting out with some “Swing” music for the kids. Pfeffer had all the style and swagger of Las Vegas lounge singer. However, the band quickly switched to some fast tempo punk rock. Playing with an infectious energy, the band quickly won over the crowd which is unusual to see for the first band of the evening. Several pits broke out and even the band’s merch guy (in the form of an inflatable doll) Steve got into the act as he “crowd surfed” with the audience.

Towards the end of their set they performed the sing along song, “Cadillac Car,” to which the crowd eagerly participated in. After their final song for the evening the audience began to chant, “Jerry! Jerry! Jerry!” in hopes to get an encore. Hopefully Playboy Manbaby doesn't stay away from Cincy for too long. 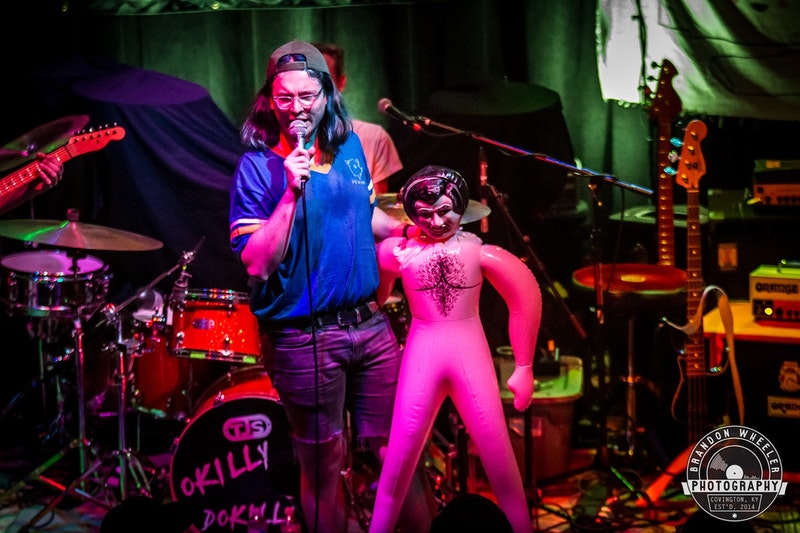 Next up was the world’s first and only “Nedal” band Okilly Dokilly. After an appearance during the end credits from an episode of this season’s Simpsons, the Neds have grown quite the fan base. After missing a few shows on this tour due to the breakdown of their van, “Ned Vanders” they were happy to announce they purchased a new touring vehicle, “Hi Diddly Silver.”

Their singer, Head Ned, spoke to the crowd in a pleasant demeanor asking the crowd to “Respect thy Neighborino,” and to help someone up if things got too rough on the floor. Okilly Dokilly played a killer set loaded with Simpsons references with song titles that included, “I can’t it’s a GEO!” “Purple Drapes,” “GodSpeed Little Doodle,” and fan favorite, “White Wine Spritzer.” Ending the night, Head Ned made a quick costume change to reveal a red and blue ski suit and the band broke into,”Nothing at all.” 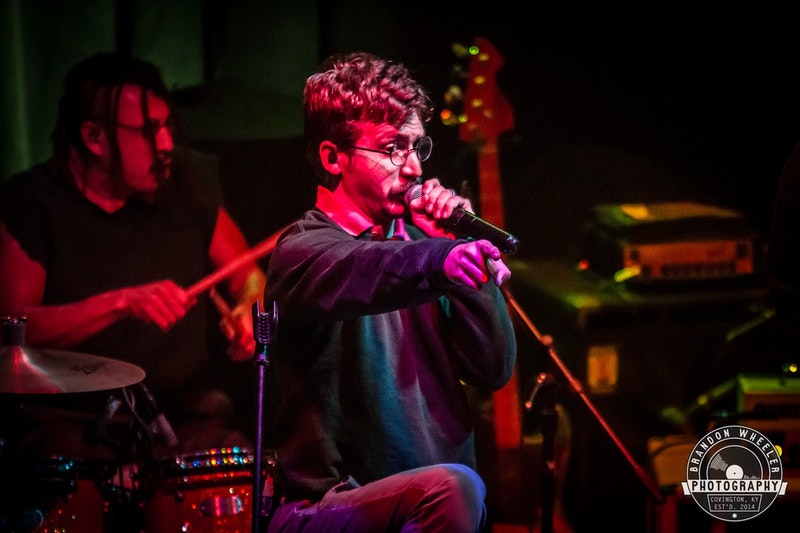 The evening’s headliners Mac Sabbath had a lot to live up to. Both Playboy Manbaby and Okilly Dokilly had incredible performances and pumped the crowd into a frenzy for the originators of Drive-Thru Metal. The band features the big purple menace Grimlice on the bass, the Peter Criss/Hamburglar mashup, Cat Burglar on the drums, the Hamburger headed, giant tusked Slayer Macheeze on guitar and deranged clown Ronald Osbourne on vocals.

Ronald Osborne belted out their doom filled lyrics with all of the maniacal glee and perfection as his idol Ozzy. Black Sabbath songs were melded with the cheesiness of Drive Thru Metal to create an extra value meal with super sizing. With such titles as, “Pair of Buns (Paranoid),” “Sweet Beef (Sweet Leaf),” and “More Ribs (War Pigs).” Mac Sabbath are not merely talented musicians as they hammed it up on stage drinking from ketchup and mustard bottles and even bringing out a grill to cook up a bat hamburger during the performance of “Pair of Buns (Iron Man)” With food puns a plenty and some incredibly performed Black Sabbath Esque tunes, Mac Sabbath are a treat to watch. With their attention to detail from the red and yellow decor to the stage hand dressed in a soda jerk/fast food uniform, Mac Sabbath knows how to serve an incredible meal. 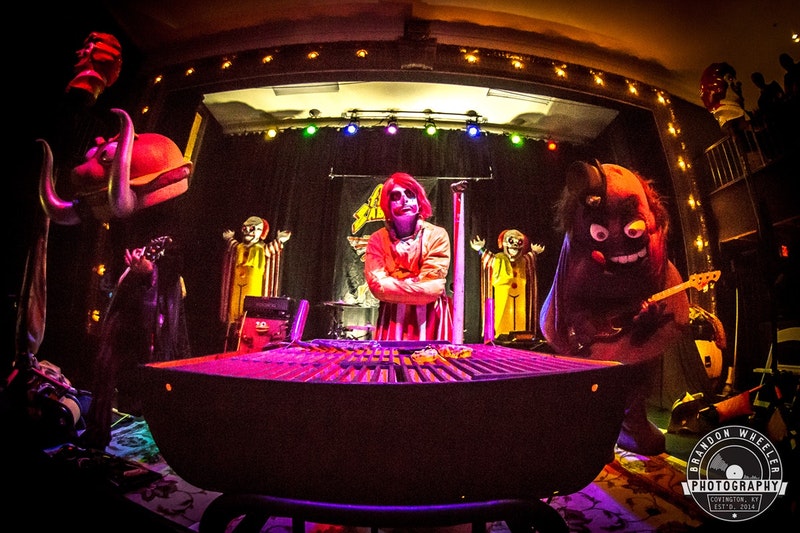 Check out all of the photos of the show!