Victoria Moorwood is a music journalist based in Cincinnati. Her favorite genres are rap and hip hop, but she appreciates all music and the way it brings people together. Follow her on Twitter @vic_land for music articles and pictures of her golden doodle.

Currently on their 20 Years of Make Yourself & Beyond Tour, Incubus’ Chris Kilmore stopped to chat with CincyMusic about new music, DJing, and more. This August, Incubus dropped their first single in two years, “Into The Summer,” following up their 2017 album, 8.

Yung Gravy brought the heat last night to a sold-out show at Bogart’s. Cheered on by wall-to-wall fans, the Minnesota artist rapped new and old hits, including several track off his latest Sensational album.

Yung Gravy Talks Country-Rap, His Next Album & Not Sounding Like Other Rappers

Following the release of his debut album, Sensational, and finishing up his summer festival circuit, Yung Gravy has hit the road, embarking on a 40-stop North American and European Experience The Sensation Part 2 Tour. Mr. Clean himself stopped to chat with CincyMusic before he visits Bogart’s on October 1.

Aaron Carter Opens Up About His Eating Disorder, Relationship and New Album, LØVË

From the ‘90s to the 2000’s, Aaron Carter was many people’s teenage crush. He got his start as a pop and hip-hop singer at a very young age, going on to release four studio albums that sold millions of copies worldwide. He toured with his brother, Nick Carter, and the Backstreet Boys and made guest appearances on Nickelodeon, Broadway and, later on, Dancing With the Stars.

Dreamers, the rock trio from Manhattan, stopped by the 20th Century Theatre Monday night on their first headlining tour.

Tha Carter V could very well be the most anticipated hip hop album of the past five years. Since Tha Carter IV was released in 2011, a series of highly publicized and contentious legal disputes pushed Tha Carter V’s release date from its scheduled one in 2013 to September 28, 2018, a full seven years after its predecessor. 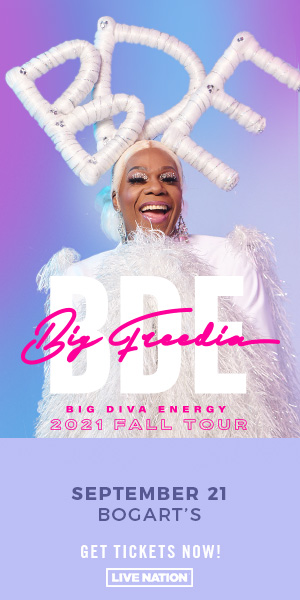