It was like a family reunion for fans of hard and heavy music at The Andrew J Brady Music Center. All branches of the extended family showed up, the young, the old, the casual and hardcore fan were ready for what will likely go down as the metal event of the year.

Mercyful Fate haven't been on a proper US tour in over 20 years. The legendary band has influenced countless bands over their 40+ year career thanks to their genre creating musical style and King Diamond’s signature incredible vocal style.

Midnight kicked off the show by yelling out, “What’s up WKRP?,” before kicking off into a high octane set of frenzied material.This is one of those groups that rewards you for getting to the show early. The band’s sound is like a mixture of Motorhead and Venom and surely won over plenty of brand new fans. 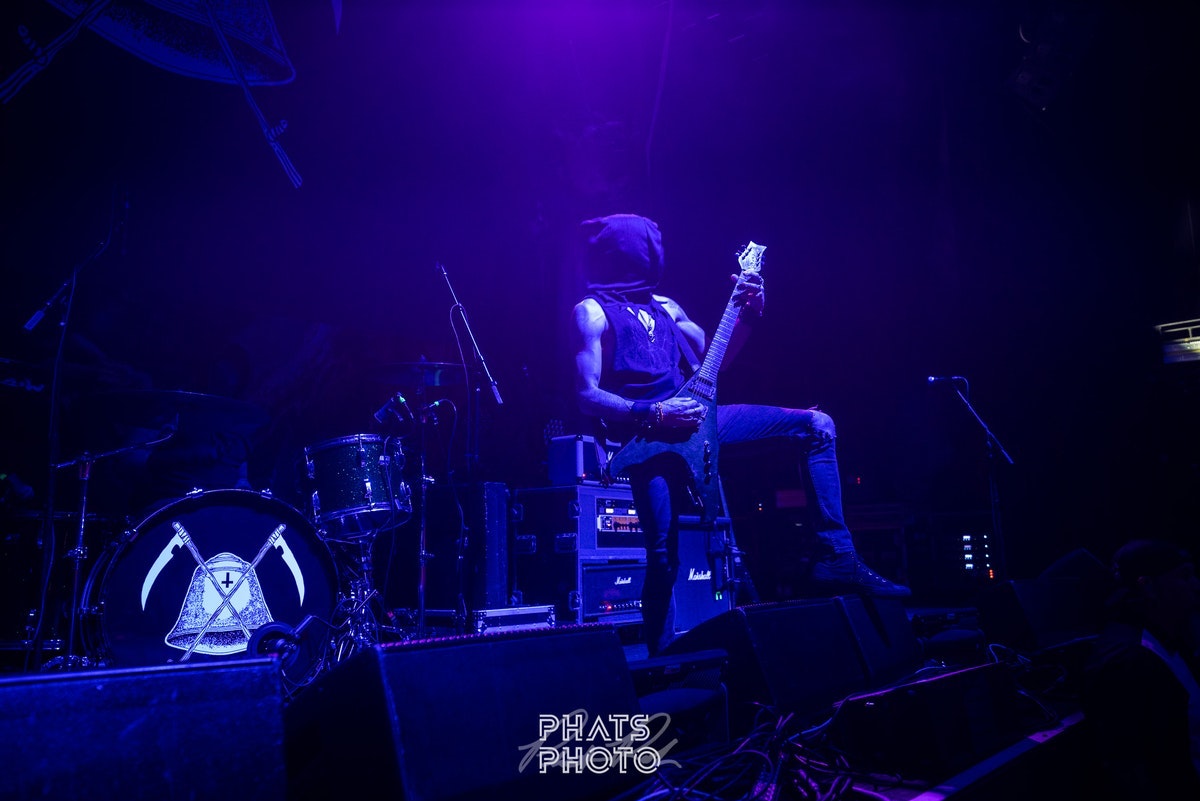 Kreator was next to perform and had an impressive stage set filled with both hanging and impaled corpses. The long running German Thrash band had an impressive following at the show as fans headbanged and sang along to such classics as, “Satan is Real,” “Enemy of God” and “Strongest of the Strong.” Before exiting the stage, Kreator said they will be back in the US next year for a headline tour. 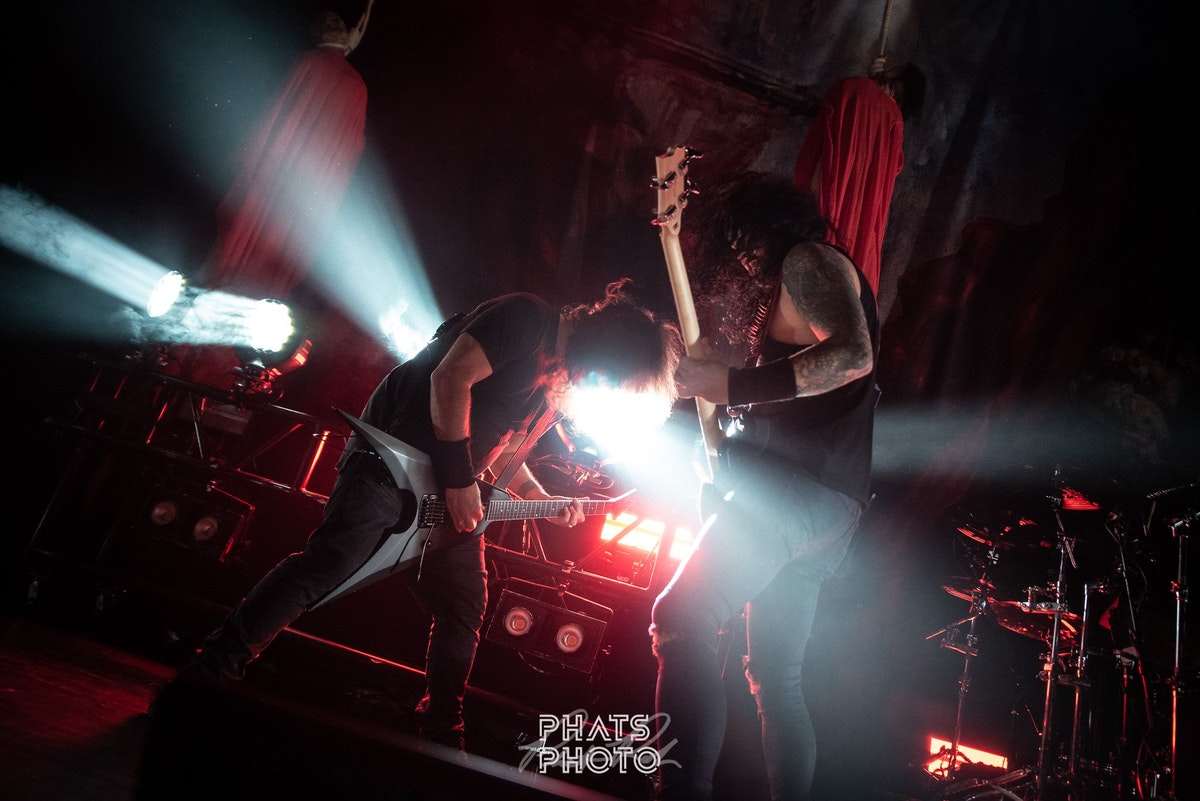 After Kreator left the stage a large black backdrop with Mercyful Fate’s logo was dropped engulfing the stage and adding to the evening’s building anticipation. After what seemed like an eternity of waiting the curtain dropped revealing one of the most epic and downright awesome stage sets that I have ever witnessed. A large inverted cross hung high over center stage. A large Baphomet sign glared menacingly at the audience. Large marble arches were adorned with “666” on both sides of the stage. I want to hire a set designer for my interior decorator.

King Diamond, dressed in a flowing red robe and wicked horned mask, took the stage and the crowd erupted. Mercyful began their set with one of the best songs in their lengthy catalog, “The Oath.” Fans cheered as longtime guitarist Hank Sherman took the stage dressed in leather, dark shades and a backwards ballcap. He may not have looked as menacing as King Diamond rather letting his guitar work take center stage.

Diamond with his signature thigh bone microphone and falsetto banshee wails absolutely captivated the audience. Even more so when he announced they would be performing a new song, “The Jackal of Salzburg.” Performing a new song is usually the death kneel for any long standing band but the crowd screamed with excitement. Diamond mentioned that the song was supposed to be the single for their upcoming album but somehow the song managed to end up being 9 minutes long.

“Curse of the Pharaohs,” was up next and sounded album perfect. It’s incredible that Diamond can still hit all of those impressive notes this far in his career. The hits kept coming as Mercyful Fate pumped out classic after classic. Songs like “A Dangerous Meeting, “Black Funeral” and “Melissa” made their way onto the set list. Before taking a short break Diamond encouraged the crowd to sing along to “Come to the Sabbath.”

When the band returned to the stage, Diamond remarked, “I’m sorry. We ran out of short songs.” At this point someone in the crowd caught Diamond’s attention and he pointed his microphone to the fan who shouted, “Satan’s Fall!” Diamond shot the fan a wicked grin and turned to the band who immediately launched into the song.

Sadly, it was time for the black mass to come to an end and fans were left chanting for more long after the house lights came up. King Diamond and the band spent some extra time interacting with fans before exiting the stage. The crowd began to disperse clearly in awe over what they had just witnessed as they spoke about their shared experience and dreaming of future shows.

All hail the King.