Getting old(er) is a strange thing. I turned 41 this week, and have been going to concerts since I was a teenager. My first real show was at Bogart's, maybe 1997-98 (I still can’t find my album with a lot of my earlier ticket stubs - sadface). My dad took me and two of my good buddies down from Hamilton, along with his two brothers. My friends and I went to see Korn and Limp Bizkit - we were really trying hard to be angsty, moody teenagers, and my dad and his brothers went elsewhere. I don’t know if it was a security thing or if they were coming down to the city to tie one on, but I do know that someone damn near knocked me out and my dad’s car got towed. Good times.

My first real show was supposed to be Toadies. I was completely obsessed with Rubberneck (as it turns out, a lot of people were if last night was any indication) and really wanted to go see them live. Unfortunately, I was a bit too young and my parents weren’t quite ready to take me to Bogart's for the show. That was 1994, maybe? I think. But for whatever reason, WEBN was broadcasting the concert live, on the radio, and I was able to listen to (and record) the show. I know I wore the tape out, and I’m pretty sure I have it… somewhere.

A note: I brought my dad with me - I honestly don’t know if we’ve ever gone to a concert at a venue together, and I thought it would be both a good time and delightfully ironic for our first one together to be for the band I couldn’t go see 25+ years ago.

Nashville Pussy opened up the show and got things started with a ton of energy and Rock ‘n Roll vibes. I know they’ve been around for a long time, I’ve just not really gotten into them, but it’s easy to see why their career seems as vibrant as ever. They’re genuinely great musicians, loud as hell, brash and Rock ‘n Rollers through and through. Also, their vocalist (and Kentuckian) poured a couple beers into a hat and drank it, after he was wearing it for a while, then put the hat back on. While it wasn’t the weirdest thing I’ve seen someone on stage drink beer from - that would be Keith Buckley of Every Time I Die drinking beer out of someone’s prosthetic leg - it was pretty gnarly and a fun way to kick things off. 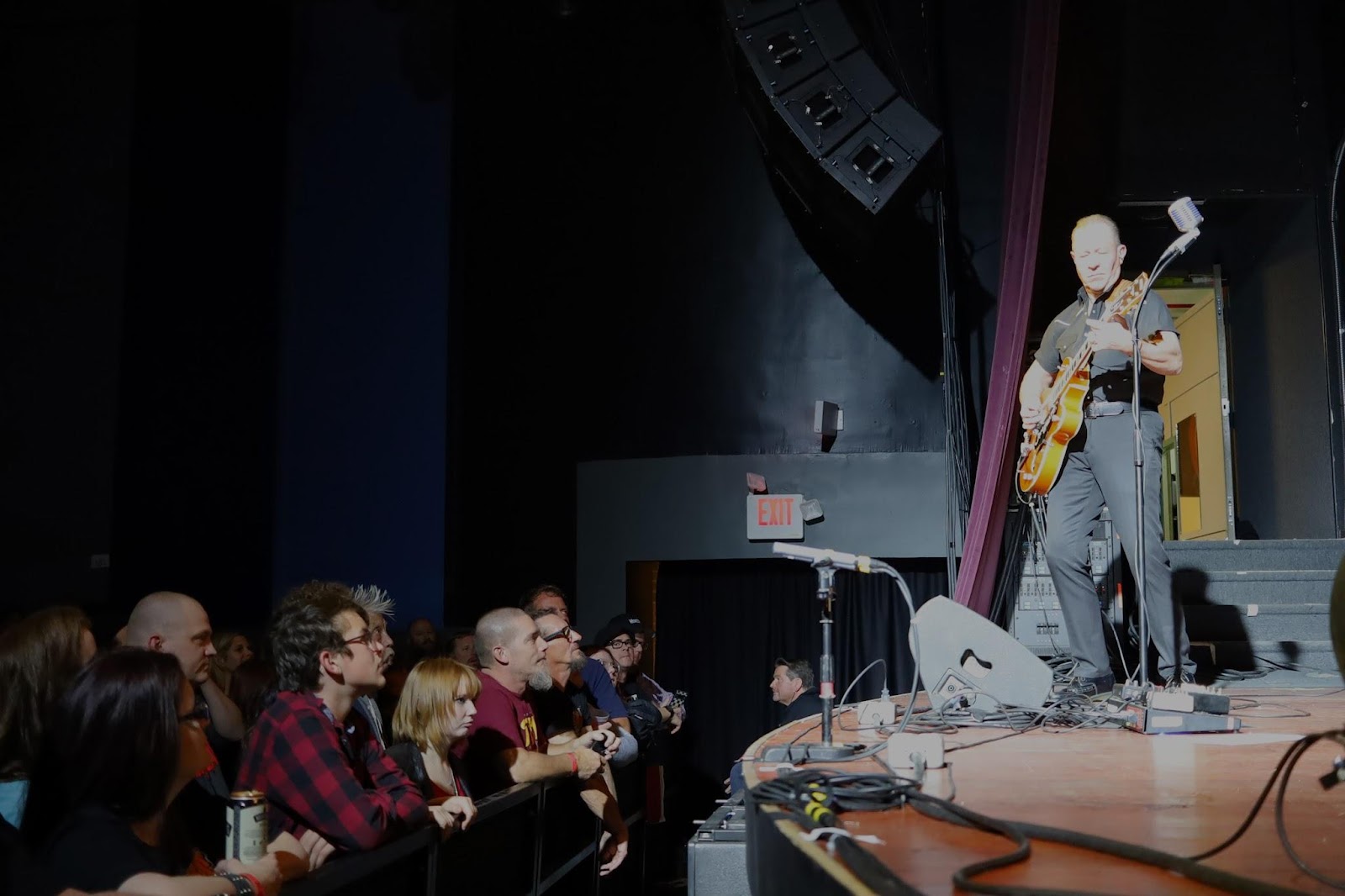 Up next was Reverend Horton Heat, playing Liquor In The Front start to finish. The band has been around over 30 years now and this might have been the first time I’ve seen them live. After making their way through their third album, the band continued on for a few more tracks, and a few more trips down memory lane. This min-set featured songs from their first and second records, including one of their most popular and enduring tracks, “Psychobilly Freakout,” which debuted all the way back in 1990. I was 9 years old.

The crowd, though, was there for Toadies. Madison Theater was packed, folks were excited, and the band absolutely delivered from start to finish. In one of the more clever and thoughtful set decisions I’ve seen from a band, they decided to start out with select tracks from across their career, which served as great reminder of how solid the band’s catalog is, got both the band and the crowd warmed up, and kept up the tension and the interest - and kept the crowd from leaving - by choosing to play the album everyone was there for until after those first few songs. Really, really savvy.

To say this show was worth the wait is a wild understatement. Obviously there’s a bit of nostalgia tied to the experience, but I’ll be honest here - Rubberneck still holds up all the way through. There’s not one skippable track, it’s perfectly paced and sequenced, solidly produced, plays live incredibly well, and has some really great Rock ‘n Roll moments. It’s a great distillation of what this band is - gnarled, off-beat Rock music with strong ties to where they come from, riffs for days, and some oddly powerful choruses, all mixed into an album that sounds just as fresh today as it did when it was first released. 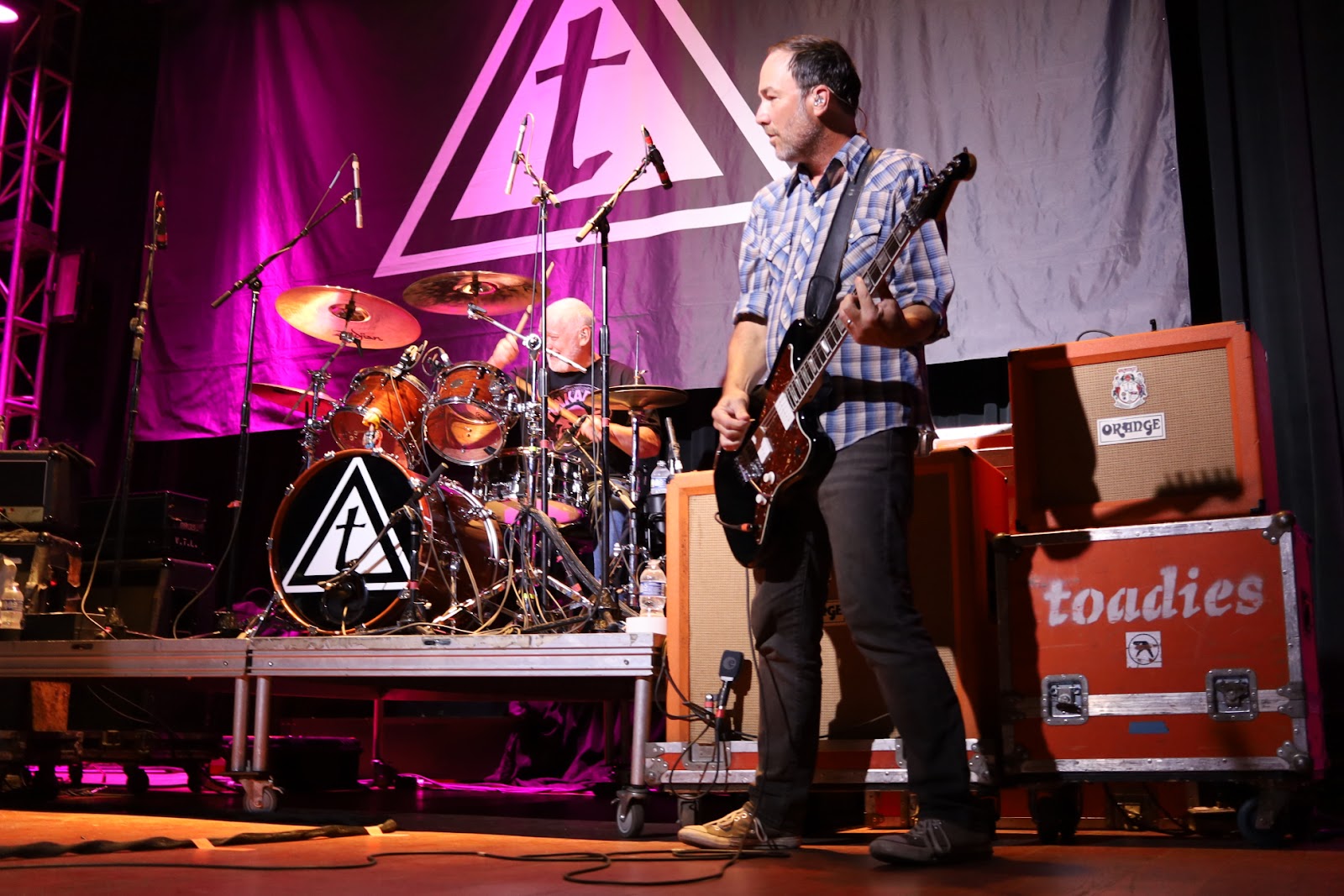 As a live experience, it was, and I mean this, so f*cking good. I did not, however, expect to hear damn near everyone there singing along, and loudly - it’s just not something I’ve personally experienced before at a show like this so my surprise and excitement about it was genuine. It added another complex layer to the night for me - I honestly didn’t know the album, and the band, meant this much to folks. We really do love to see it.

A quick note to give my thanks to the awesome staff at Madison Theater for their hospitality - seriously great from entry to the photo area by the stage to the bartenders. It had been a while since I’d been there for a show and I was surprised by all the changes that have been made. It’s an awesome venue and I’m looking forward to going back!