The Andrew J Brady Music Center has barely been open for more than a year and is already quickly becoming one of the best venues in the city. With its cool design and incredible acoustics, the new venue is the perfect place to see your favorite band perform.

Brady is also doing an amazing job at bringing in more and more acts to Cincinnati. As a die-hard metal head, I often have to travel to other cities to catch shows. I haven’t been doing that so much this year as Brady has brought in so many cool bands that don’t play Cincinnati that often such as Danzig, Anthrax and Mercyful Fate.

Swedish heavy metal warriors are a hugely popular band in the Scandinavian countries as well as all across Europe. Here in the states, they aren’t as big. However, if the large crowd that gathered outside Brady is any indication, that is quickly changing. Cincinnati came out in full force for an incredible night of high energy, high octane heavy metal fun.

When the curtain dropped and the show began, the crowd erupted with cheers as the stage was unveiled. There was a large background screen, helmets and rifles on the mic stands and an incredibly wicked tank equipped with heavy artillery for a drum riser that commanded the stage. Sabaton was ready to storm the gates. 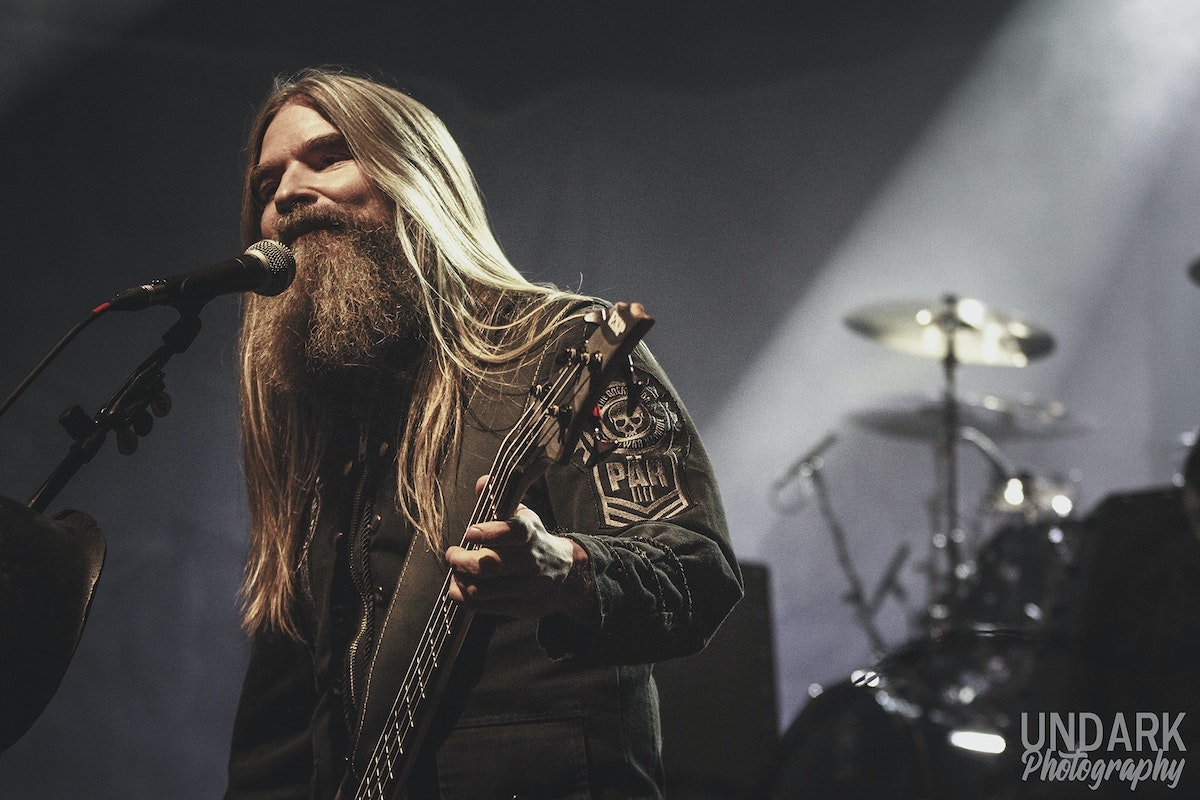 While the band sings about the tragedies and toils of real-life historic wars, Sabaton’s power metal music has a “joyous” and almost happy feel to it. The band seemed to be enjoying themselves on stage. At one point the guitarists walked up to vocalist and frontman Joakim Broden and placed stickers on his forehead as he was performing. This caused Joakim to break for a moment and laugh along with the crowd. Joakim poked fun at the audience, taking a Swedish flag from a fan and draping it over his shoulders like a cape and called himself, “Swedish man. Creates safe cars and flat packed furniture,” 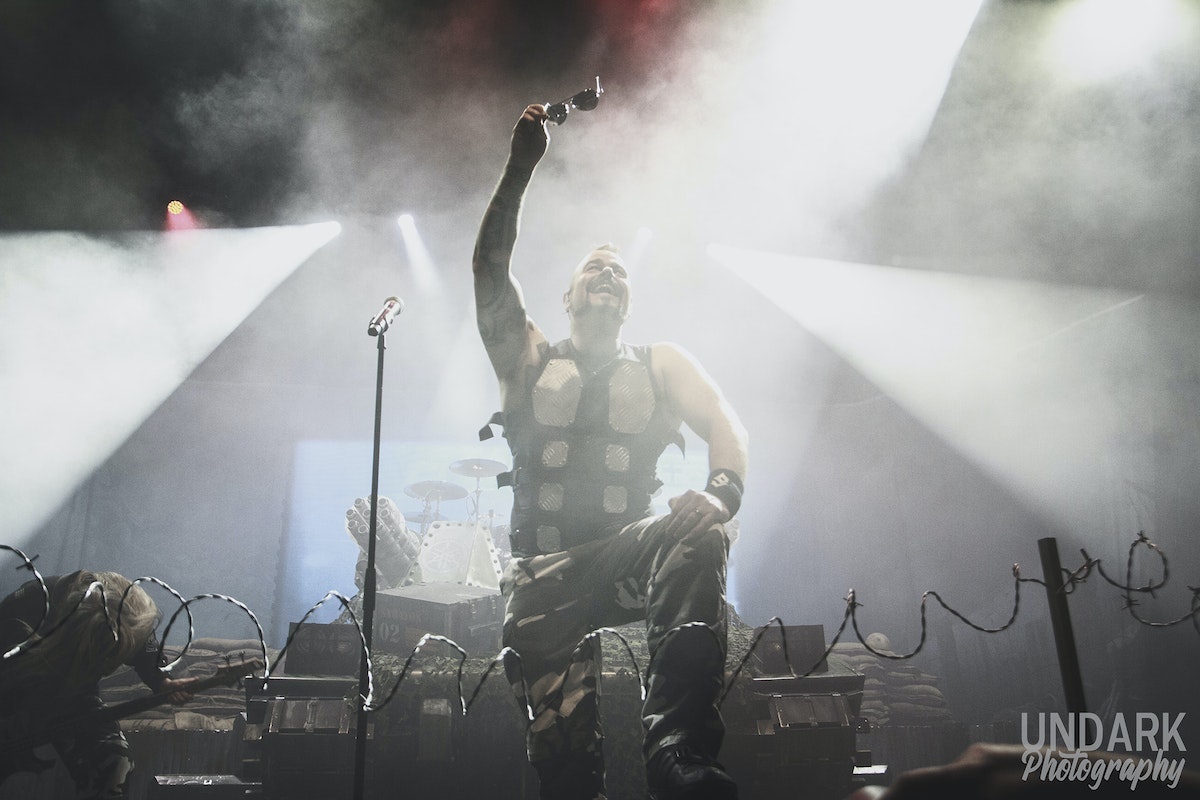 Sabaton played both old and new material from their deep catalog of over 20 years of music Fans screamed and sang along to their opening song, “Ghost Division,” Other songs performed included “The Red Baron,” “Soldier of Heaven,” “Gott Mit Uns,” (in Swedish) a cover of Iron Maiden’s “Run to the Hills,” and “To Hell and Back” 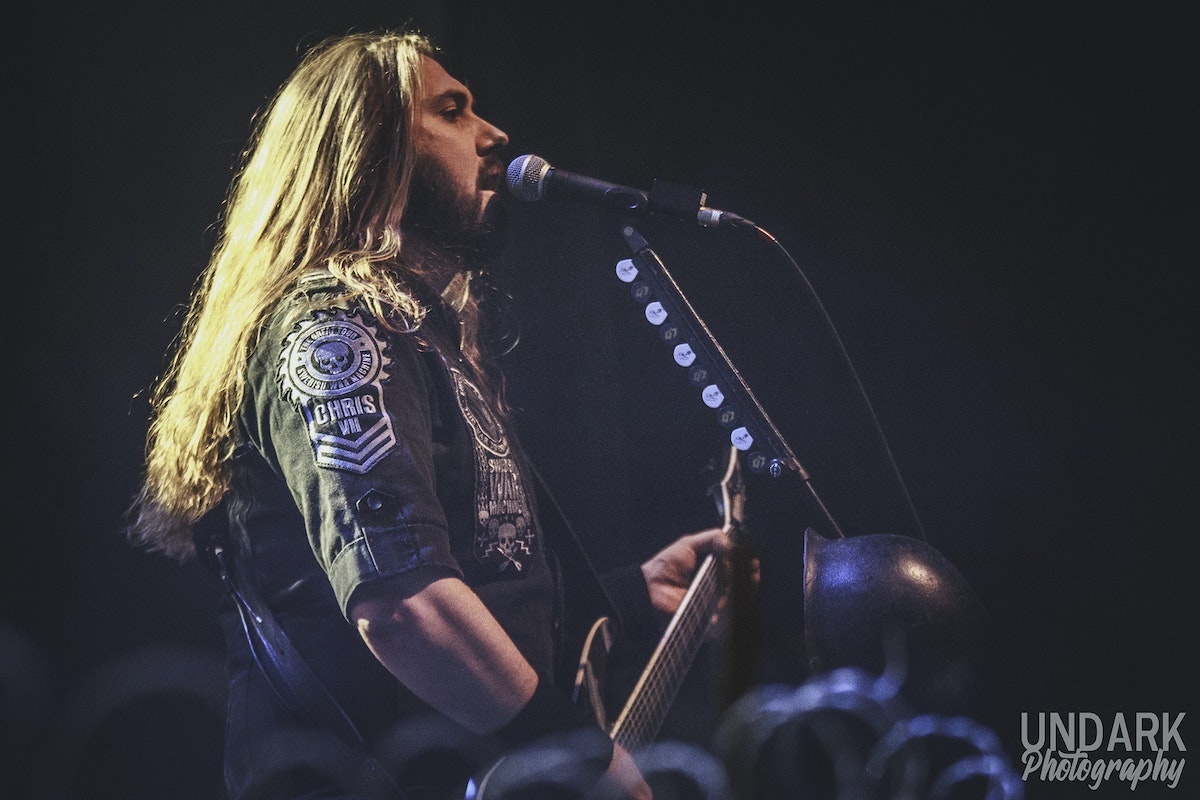 Sabaton seemed to really enjoy the turnout and the enthusiasm of the crowd. It was the band’s first time in Cincinnati, and they remarked that this may be one of their biggest shows ever in the United States yet as far as attendance. Cleary heavy metal is alive and well in the Queen city.

Sabaton are a well-tuned war machine that knows how to deliver a tremendous live show and hook the audience from the start and don't let go until the last note is played. 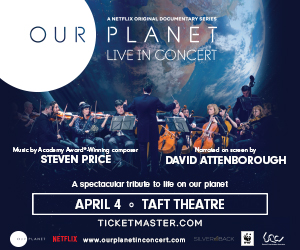