On Saturday, October 15, in the midst of the epic BLINK Festival, a dedicated crowd could be seen shuffling into the Madison Theater, eagerly anticipating the arrival of the folk legend, Ani DiFranco. With over twenty albums to her name, Ani DiFranco is a musician who has always stayed true to herself, proving to be a beacon to so many fans, musicians, writers, and dreamers alike. At just 19, Ani DiFranco founded her own record label, Righteous Babe Records, vowing to never sign a deal with a major record label. Her music is a safe haven for so many people to put their burdens down, to be their true selves. Having waited over 6 years for her return to the area, audience members quickly filled the venue, filled to the brim with excitement.

The night opened with Abraham Alexander, a musician born in Greece and raised in Texas. With just his voice and his guitar, Alexander filled the theater. The songs he performed were full of hope, of love, of dreams. Alexander’s devotion to his craft was mesmerizing as he played and told stories of his childhood and musical inspirations. Ever humble, he told a few jokes that might have been considered self-deprecating were it not for his genuine gratitude and respect for his place in time. Abraham Alexander is likely only at the beginning of a blossoming musical career. 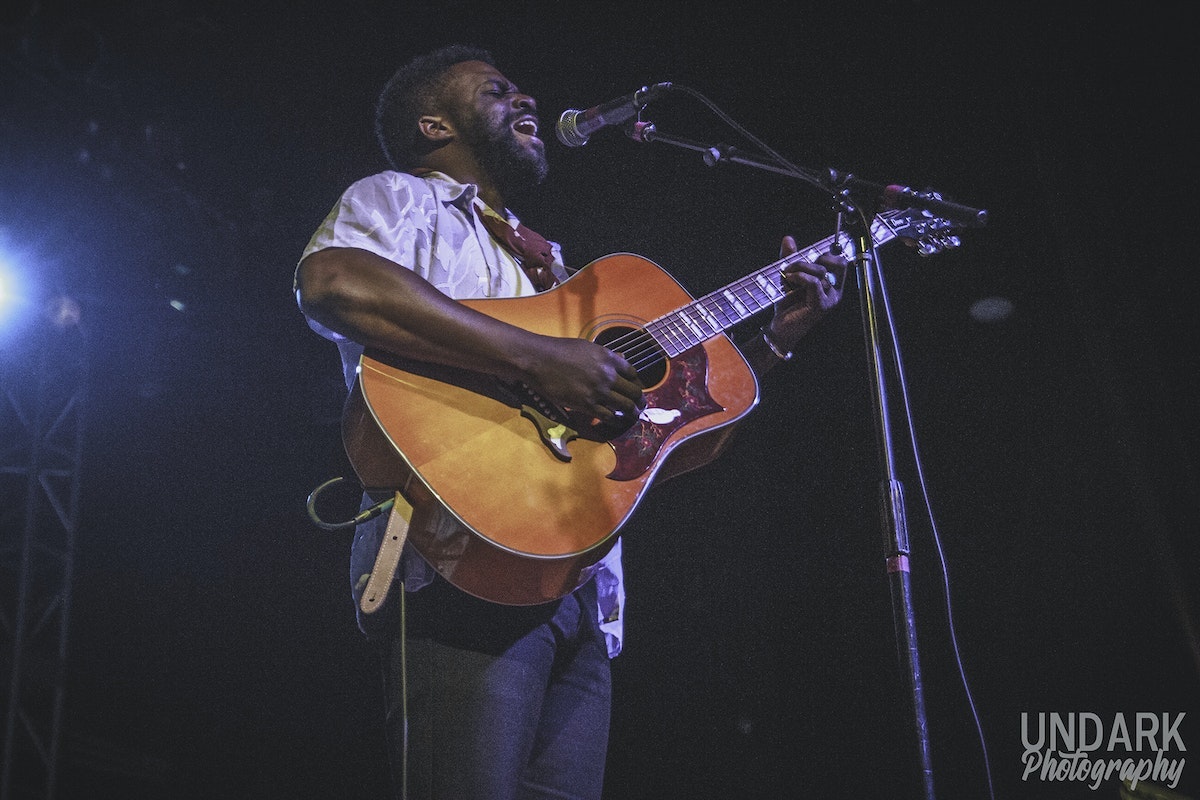 Before her set began, Ani DiFranco came out to give an impassioned introduction to a representative for the Charles Booker U.S. Senate campaign. Throughout her entire career, DiFranco has been a fierce advocate for political change. Her record label’s own foundation, Righteous Babe Foundation, often supports and promotes grassroots causes, politics, and politicians. DiFranco herself has always been a champion of women’s and LGBTQ+ rights. Having this moment, urging fans to vote and even providing a spokesperson for a Senate candidate, was in true DiFranco fashion- her advocacy always at the forefront of what she does.

When finally Ani DiFranco, and her band, hit the stage, it was a revelation for everyone in the audience. Her setlist was the perfect mix of “90s s***” (as an audience member begged for early on in the night) and the music she is making today. With Terrence Higgins on drums and Todd Sickafoose on Bass and piano, the three of them brought new meaning and urgency to Ani DiFranco’s discography. You could hear audience members being reborn as they sang along to songs that have been so deeply treasured for so long. DiFranco had mentioned they kept vases of flowers on stage to get rid of bad spirits, before saying that she felt they might not have worked on past tour dates- but the audience at Madison Theater was the exact opposite, completely enthralled by DiFranco and alive with a rambunctious, rebellious spirit. 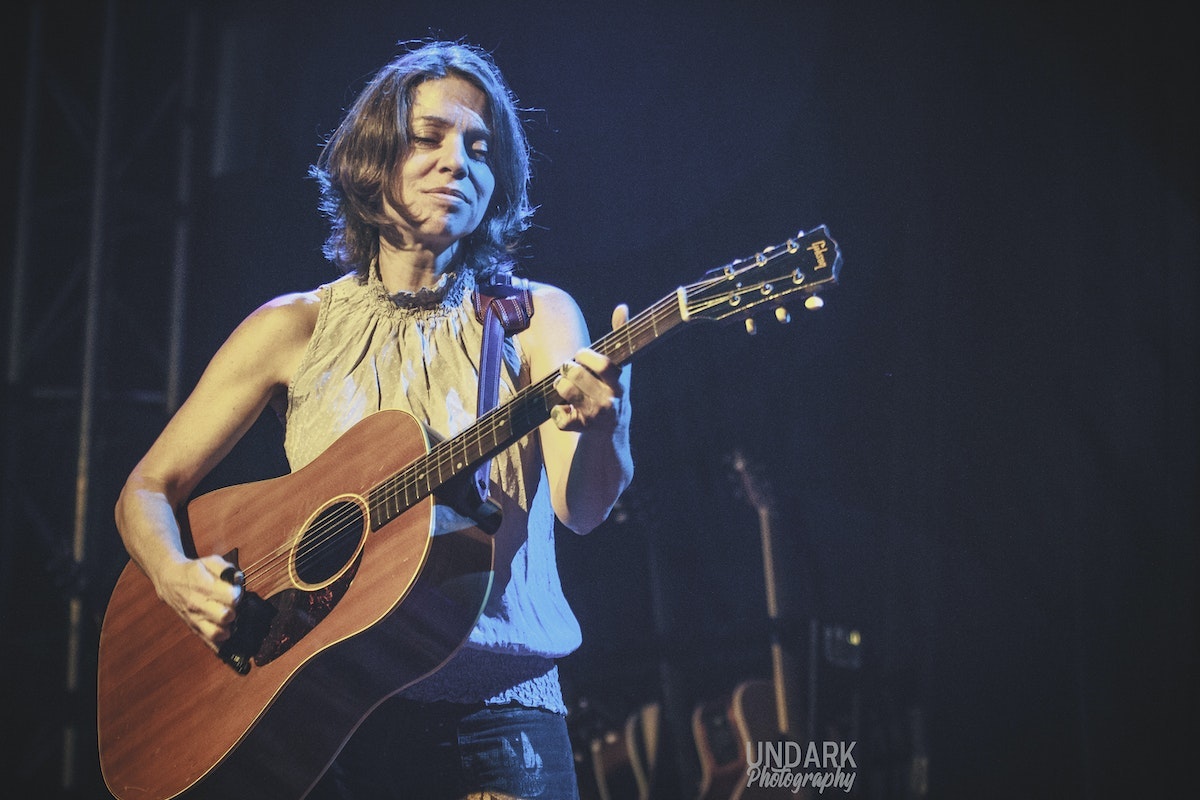 At one point, the three musicians completely unplugged and approached the edge of the stage. With a washboard, bass cello, and guitar, they played "Anticipate" to the audience. Ani DiFranco’s vocals, even unplugged, were stunning. Her voice traveled wherever she wanted it to go- a loud chorus, a whispered verse, echoing throughout the hearts of everyone there. The heart and soul put into every utterance and every note was not only cathartic, but also, wildly impressive. Ani DiFranco’s own musicianship is not to be dismissed. As you watch her play the guitar with absolute precision, you know you’re watching one of the greatest musicians out there today. 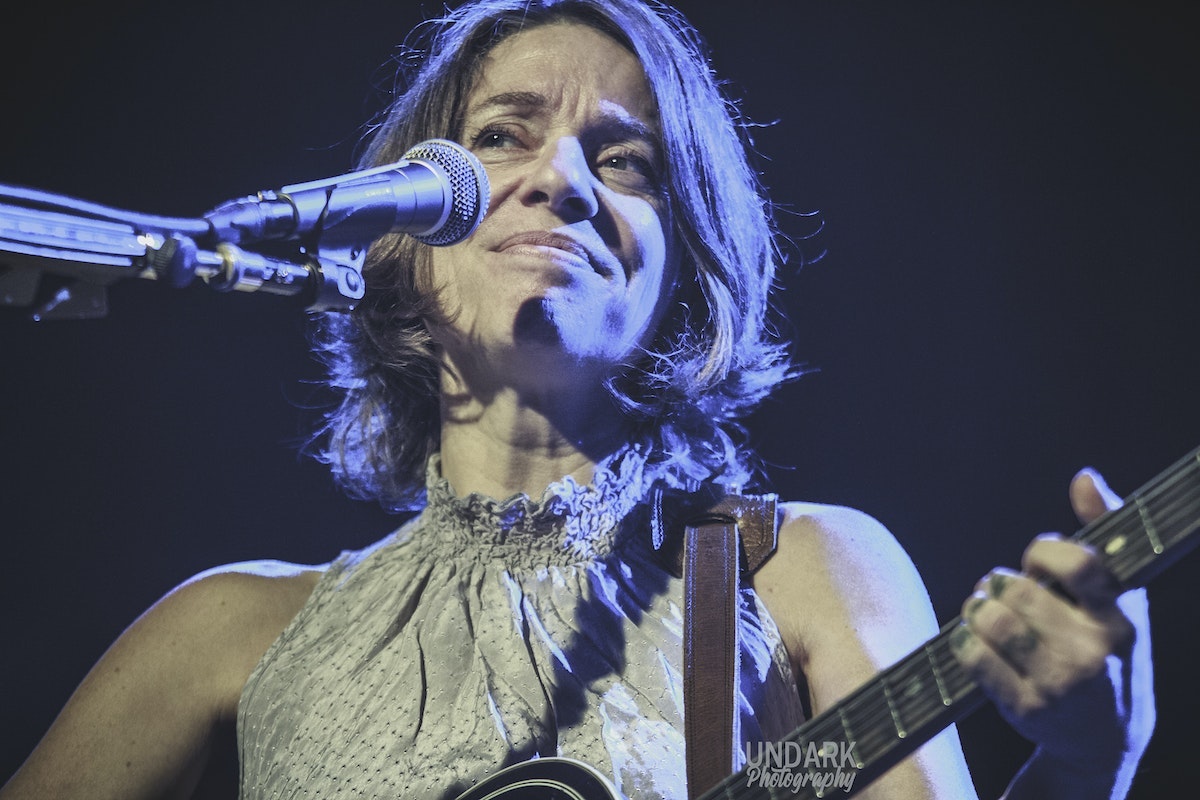 Ani DiFranco seemed to love being there just as much as the crowd, as she treated fans to not one, but two encores. The first time she and the band left the stage, rapturous applause broke out until they came back for a classic two-song encore. This just wasn’t enough for her audience, as applause once again became thundurus, everyone eager for just one more song. And, graciously, with open hearts, one more song we all received.

Currently attending the Art Academy of Cincinnati, Chloë Rain is a writer and editor of portals, among other things. She enjoys talking to the birds around town, watching volcano documentaries, and reading with her cats. Online, she exists everywhere as @bcrainy.

Ani DiFranco is playing Cincinnati (ok - NKY, but same) for the first time since 2016!