It’s strange to see one of your favorite bands growing up become a legacy act. Even a band that you began following nearly halfway through their career.

In 2008, I remembered beginning to venture out into my own music. As many do in their adolescence, you look for something rebellious but also something that you can show your parents. You wanted them to realize that you, too, had good taste in music.

And although most of what I listened to in 2008 was top-of-charts pop and the latest trending rock band on VH1. I also went simply off album covers and what iTunes told me to listen to at the time.

I remember seeing the cover of Magic Potion, The Black Keys’ 2006 album. On it was this magical-looking egg, with rubies and a gold pattern throughout. The photo intrigued me enough to listen. That’s when I heard “Your Touch.” A fuzzy, rough-sounding tune that was led by this melodic and catchy riff. It reminded me of all the great classic rock songs my parents had force-fed me for years, but this was mine. This was current, and it was immediate.

It was then I began my love of the Akron, Ohio-born Garage Rock duo. Over the next decade, The Black Keys would become one of the world's most in-demand rock acts. Their arena rock riffs paired with their anthemic tunes.

Now, 20 years into their career, The Black Keys find themselves in a very luxurious position. The ability to tour the world and hit summer amphitheaters across the country and draw huge crowds. Even in a torrential downpour.

As the rain poured down Saturday night at Riverbend Music Center, I assumed the crowd turnout would be low. And lawn attendance wasn’t what it could’ve been, but nonetheless, fans weathered the storm to hear Early James, Band of Horses, and The Black Keys.

Thankfully I had seats inside the amphitheater. However, all three acts seemed so grateful for the audience’s commitment they turned their gears up to 110 percent.

Band of Horses’ career is interesting. Coming in the indie rock resonance of the 2000s with peers like My Morning Jacket, they found themselves serving as this melancholic southern rock act. With hits like “Funeral” and “No One’s Gonna Love You,” the band was poised to be the next MMJ. However, a couple of directionless albums led this incredibly talented band to the wayside as other acts and genres took precedence. 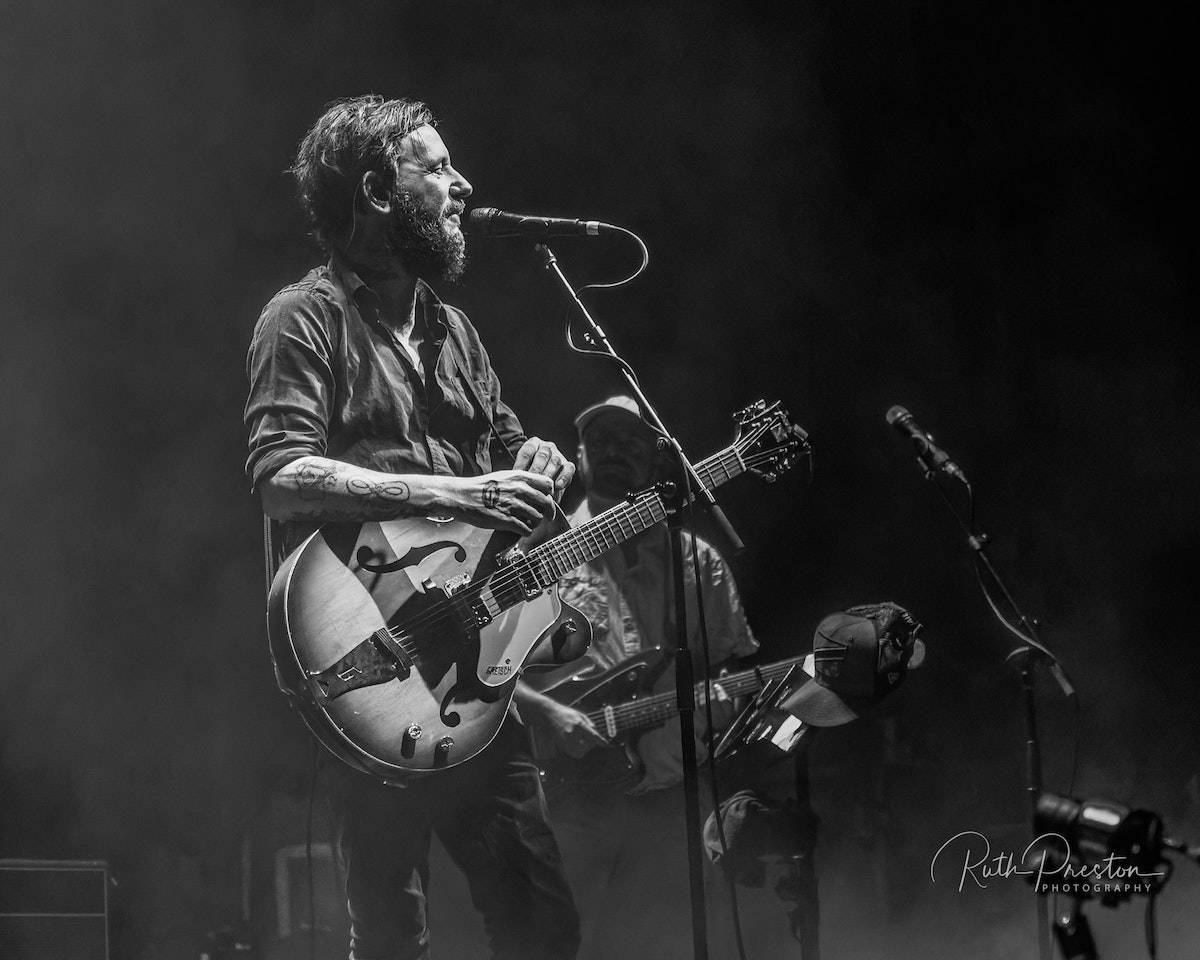 Then, in 2016, the band began to find a new gear, a more euphoric sound that made light of the world's complications. Now, Band of Horses has released a string of strong records and the ability to put on a very strong stage show. I was personally delighted to hear their song “Great Salt Lake” on Saturday, as it is a favorite of mine from their catalog.

Once their set ended, The Black Keys came out right at 9:15. They were introduced by a funny video made by comedian David Cross, from shows like “Mr. Show” and “Arrested Development.”

Soon after, the duo led their backing band onto stage, and without saying anything, Dan Auerbach and Pat Carney smashed into the intro of “I Got Mine” off of their 2008 album, Attack and Release.

The next six songs would become fast and in succession, with few words spoken by Auerbach. This was personally a perfect way to kick off the show. Flexing their ability to run through a large number of hits from their catalog. All of these felt like they could’ve served as the encore or show opener. “Howlin’ for You,” “Fever,” “Tighten Up,” “Your Touch,” and “Gold on the Ceiling,” to name a few. 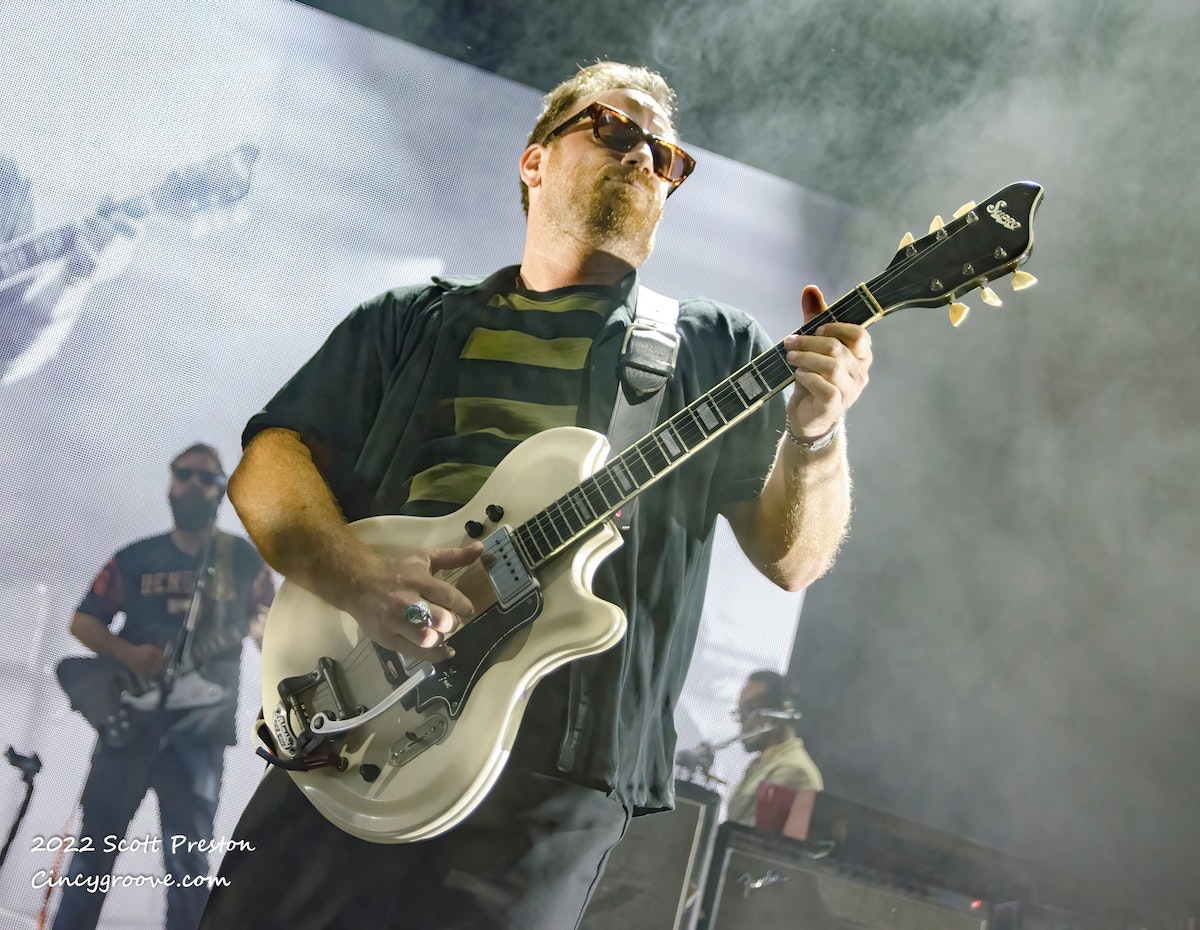 There aren’t many bands touring today that can play to a crowd of people from all walks of life and have them know every tune you are playing. Maybe that was due to their heavy use of commercial play or heavy radio play. Whatever it was, everyone in the audience knew each song purely off the riff or the melody. Many artists can only dream of that anymore.

The most enjoyable part came when Delta Blues veterans Kenny Brown and Eric Deaton joined the duo on stage for several covers. Not that I’m some blues purest or that I even was very familiar with the covers that they played off of their 2021 covers album Delta Kream. It was more of a change of pace that I enjoyed. As a longtime fan of the band, I could’ve heard a bunch of their deep cuts and been very satisfied. However, what I really fell in love with about The Black Keys was their sound. There was something primal about it. What we were able to see Saturday was a peak behind the curtain of what made Dan Auerbach and Pat Carney the musicians they are today. 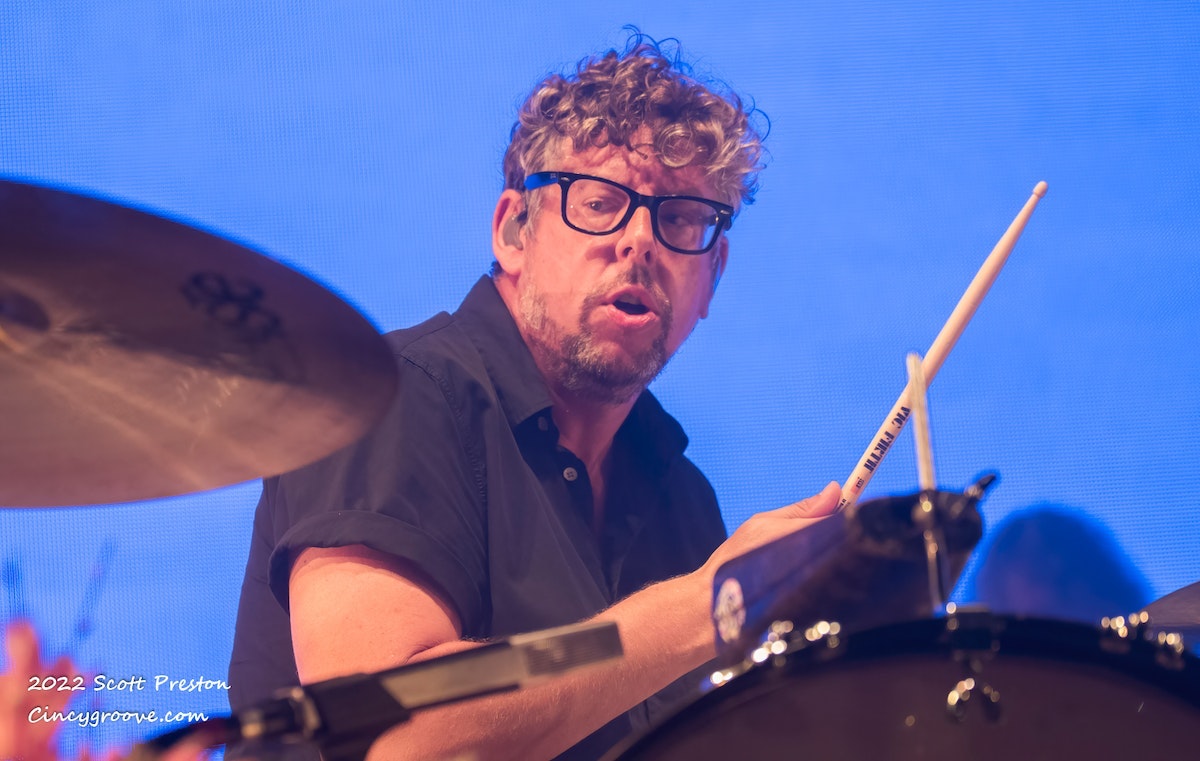 After several songs from Delta Kream, they broke into a classic cover they’ve been playing for years, The Sonic’s “Have Love Will Travel.” A perfect song to pick the crowd back up. They continued to burn through songs like “Next Girl” and the single off their latest album “Wild Child.”

To finish the show, Auerbach thanked the crowd, saying this was the band's first time back in Ohio in some time, and you could see how appreciative they were for fans bearing the weather. He came out with an acoustic guitar, and fans knew there was only one song that featured an acoustic intro and that was The Black Keys, Stairway to Heaven sounding, “Little Black Submarines." An epic that was perfectly crafted to close out a show. The ominous and slow-building intro to the blistering guitar and drums breakdown left fans hollering for more.

It is strange seeing a band that you once regarded as the biggest rock band since Zeppelin now able to have a greatest hits list as strong as some of those other classic rock acts. But it's also so satisfying to know that those shows will be here for years to come.

You can listen to The Black Keys’ newest album, Dropout Boogie, wherever you stream music.