It always seems like some variation of Post-Punk is making a “comeback.” From its early roots with bands like Gang of Four, Wire, and Joy Division to the early 80s’ Hardcore Punk wave in the U.S., there has always been this desire to champion a modern and accessible version of those acts.

There, of course, have been bands that have continued this genre’s complex and undefining sound. However, in the past ten years, those bands have come more and more to the forefront of what rock music is in 2022. Bands like Turnstile have mixed their Hardcore Punk roots with the most indulgent parts of 80’s Thrash Metal and more melodic sides of bands like 311 to create their uber-fun party rock album Glow On.

Or the more severe and melancholic sounds of bands like South London’s Dry Cleaning. With their much more traditional approach to the 80s’ groove-centric songs of Factory Records.

However, these bands still reside out on ether of American tours or Festival Line-ups. That’s what makes Bristol, UK’s, IDLES such an exciting band. Out of the gates, IDLES wore everything they had on their chests, proud of who they were, their sound, and what they stood for. Like the Hardcore bands of the 80s’ like Minor Threat or Fugazi, IDLES has made their political views and stances loud and clear. They don’t like fascists, they don’t like the monarchy, and they don’t want any form of hate. 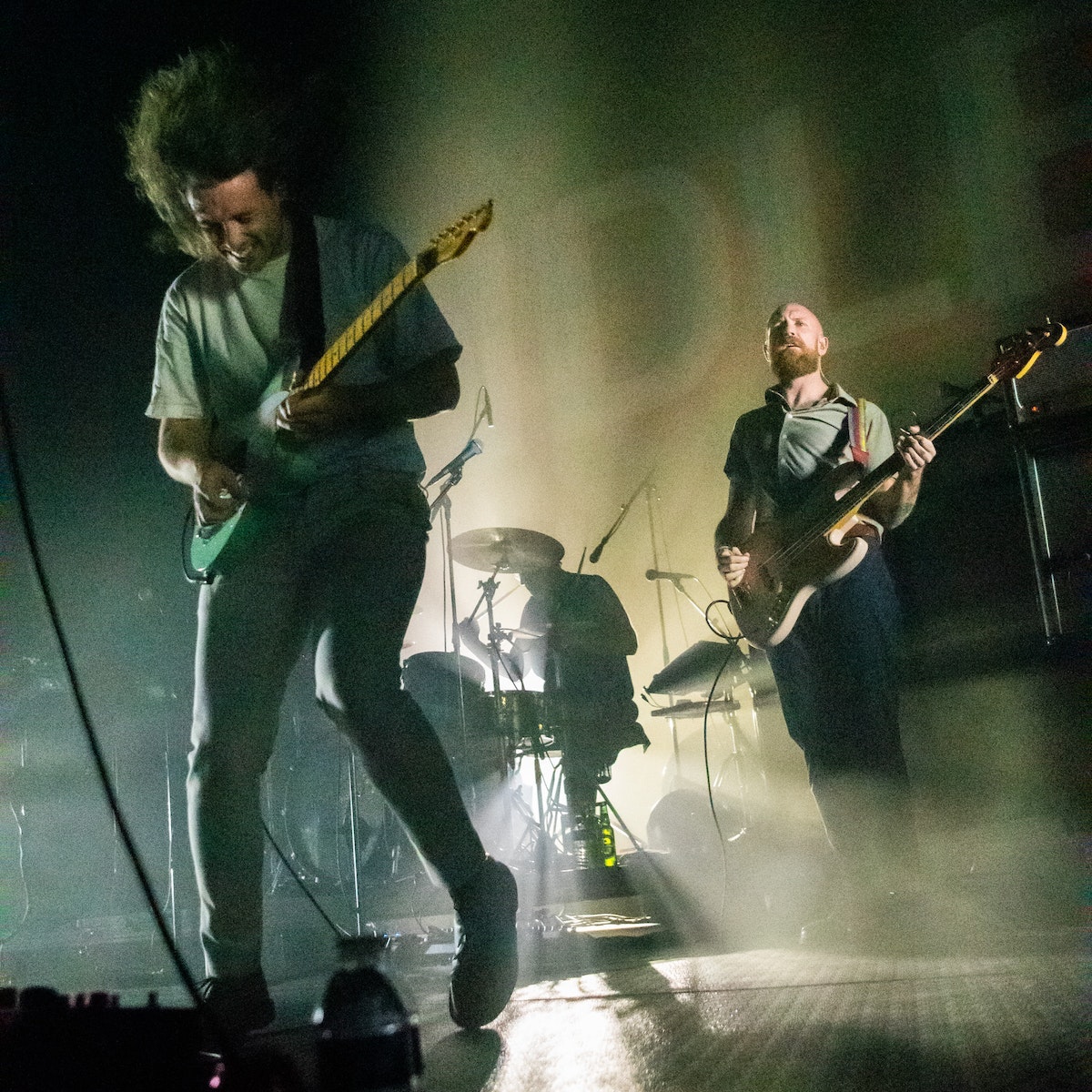 “Hard rock for softies” was on t-shirts and merch throughout the newly renamed MegaCorp Pavilion in Newport, KY, Monday night. Although IDLES subscribes to similar political views as bands like Fugazi, they cannot rationally in 2022 not profit a bit off of ticket sales and merch. It's the cost of being a touring act in 2022. However, the ideas and roots of those straight-edge bands are very much alive in IDLES.

Preaching love and empathy to everyone in the crowd, it was truly the first time I personally can say that the people moshing were all looking out for one another.

IDLES are led by their lead singer and songwriter, Joe Talbot. Not necessarily large in stature, Talbot has the stage presence that demands your attention. Stomping around on stage, standing on monitors, spitting, not at anyone, it should be said, and staring right into the eyes of everyone in the audience. You couldn’t help but be mesmerized by what Talbot was doing. At the same time, however, his ever-present masculinity is met with odes to artists like Morrissey when he dances, almost twirling around an invisible bouquet as he would dance to their more melodic tunes.

Talbot’s infectious charisma was on full display Monday night. Reiterating how thankful and surprised they had been by the crowd turnout in Newport. However, as many artists say, “you’ve been the best crowd,” or “we can’t believe how many people there are here tonight,” Talbot seemed genuine and earnest. Even at some points, appearing to take long pauses to appreciate the crowd and turnout in a place they’ve never been.

When it comes to IDLES sound, there are classic Post-punk touchstones that they hit on throughout their catalog. The jagged guitars made popular by bands like Gang of Four, the aggressive delivery of Talbots lyrics echo artists like Henry Rollins, and the unrelenting and groove-filled bass lines of Adam Devonshire harken back to many of the great acts of the 80s’. But what makes this band so accessible is their anthemic choruses. Much like Oasis, IDLES know how to write some crowd-participating hooks. In songs like “I’m Scum,” the crowd bellowed the chorus as if they were at Wembley Stadium with thousands of people. 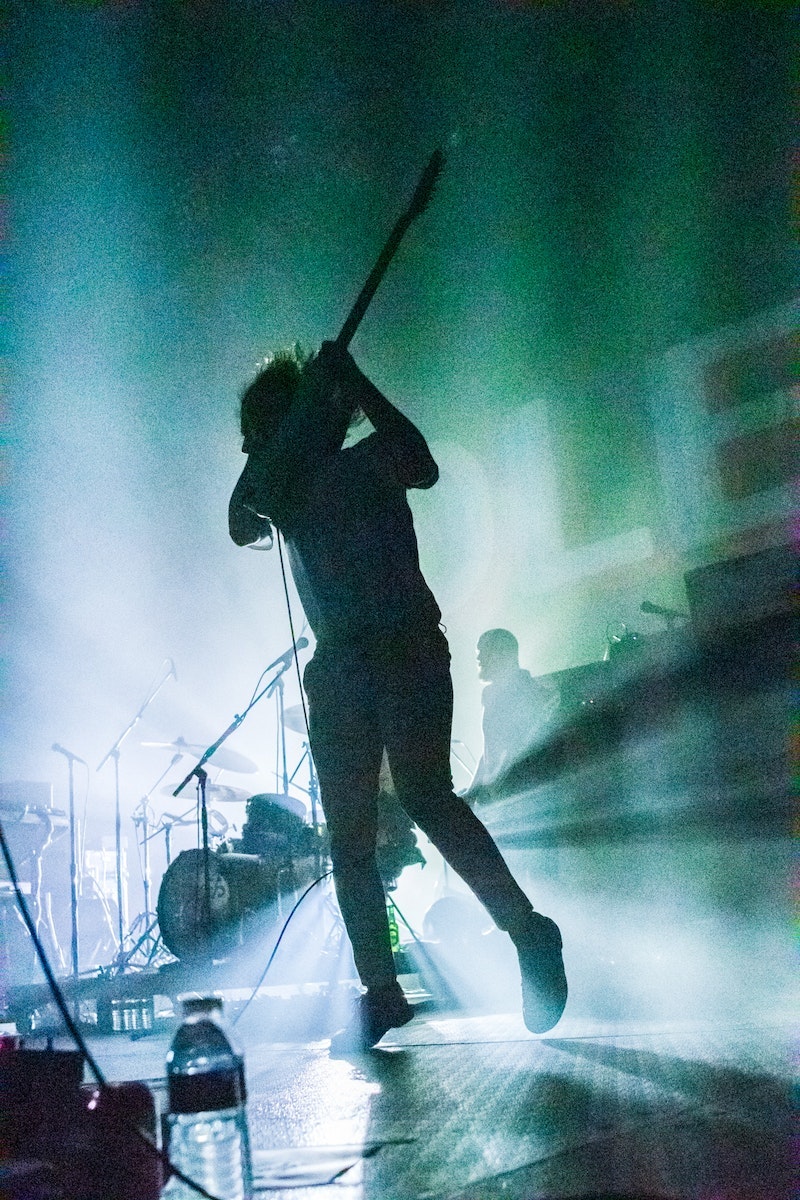 No better song captured that moment than when the band broke into “Mothers” off their 2017 album Brutalism. The entire song can be chanted along with the crowd, as it is repetitive and demanding, and the chorus is simply a call and response of, “Mother!” “Fucker!”

IDLES has taken a sound that was first made famous in the punk and new wave clubs of the late 70s’ and 80s’ and translated it into massive stages across Europe and sold-out venues throughout the states.

The aspect of the show that stuck out the most was the crowd. It was shocking how joyful they could be, moshing, screaming these aggressive and often very personal lyrics, and frankly screaming “Fuck the King!” Although people were getting tossed around and crowd surfing atop one another, this crowd was more friendly, understanding, and kind than most indie bands I’ve seen. 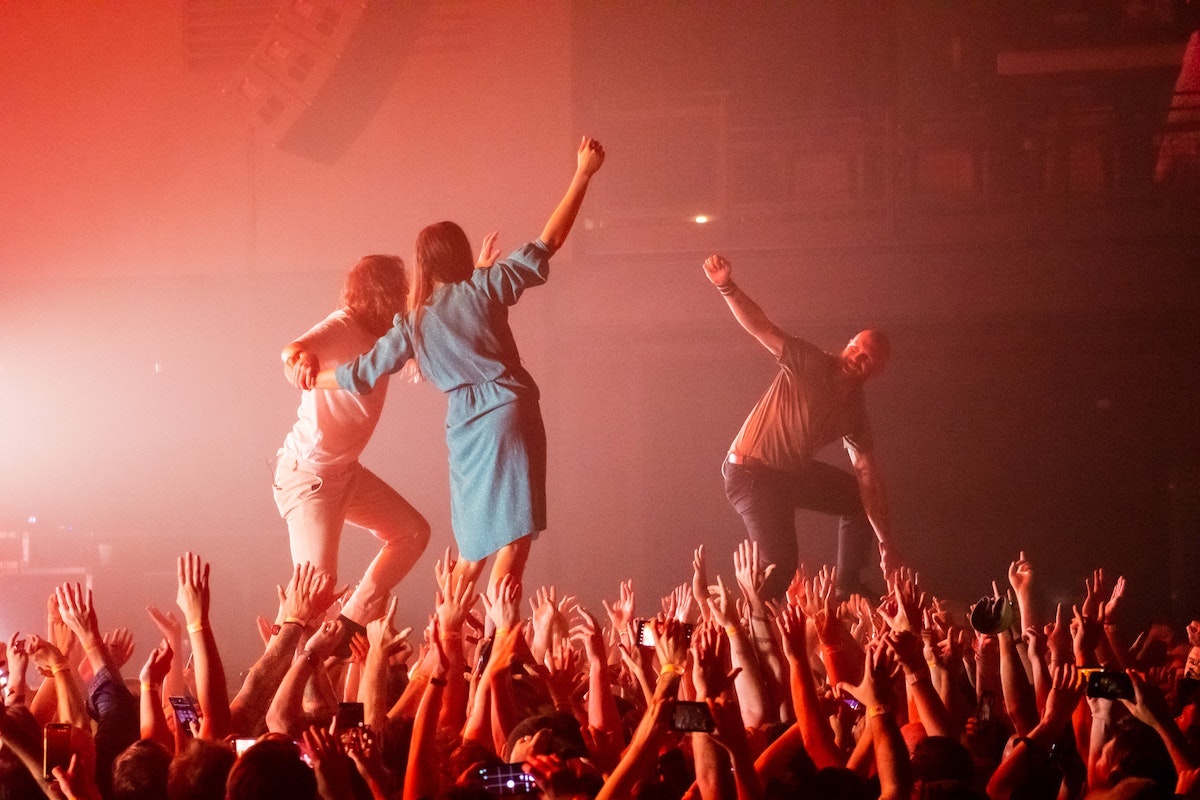 A personal highlight of the show came when the band played “War,” “I’m Scum,” and right into “Danny Nedelko.” Three of my favorite songs by the band encapsulated the highest points of the night for the crowd and the band. With members of the band, bassist Adam Devonshire, guitarist Lee Kiernan, and interim guitarist and keys Tina Maynard, all crowd surfing together with fans. It all just felt special. Like they all gave everything they had every night to ensure fans had a memorable experience.

As the show ended, IDLES promised they would return soon and often, and for those who missed Monday night’s show, that should be exciting news. As this band offers a unique live experience that many bands wish they had, along with an incredible community of fans.

You can stream IDLES latest album, Crawler, anywhere you get your music.