The story of Country Rock legends Little Feat in 2022 is about continuing Lowell George ad Bill Payne’s legacy. A band who’s run in the ‘70s created arguably some of the best rock music of that decade. However, their legacy hasn’t seemed to garner the same attention as their peers like the Allman Brothers or Lynyrd Skynyrd.

In 1978, Little Feat released Waiting for Columbus, a live record that perfectly encapsulates the band at their best. Showcasing the musicianship and the many influences the band drew from. Primarily focusing on Southern influences like New Orleans’ Swamp Rock, Blues, and Country, the band, also flexed their Jazz-Fusion roots harkening back to the days when Lowell George was a member of Frank Zappa and the Mothers of Invention.

However, in 1979 George would part from the band, citing creative differences, before dying later that year. The California-based musician left behind a legacy that most musicians could only dream of.

His vocal ability tapped into the sound of New Orleans Jazz singers, where he could use his iconic baritone voice as another instrument. Creating this authentic and unique soulful draw. Similar to Greg Allman’s ability to capture the sound of Blues and Soul vocals without sounding derivative or inauthentic. George’s songwriting also continued to capture this lifestyle idealized in films like “Easy Rider.” This second wave of Manifest Destiny that so many Americans sought after in the ‘60s and early ‘70s. 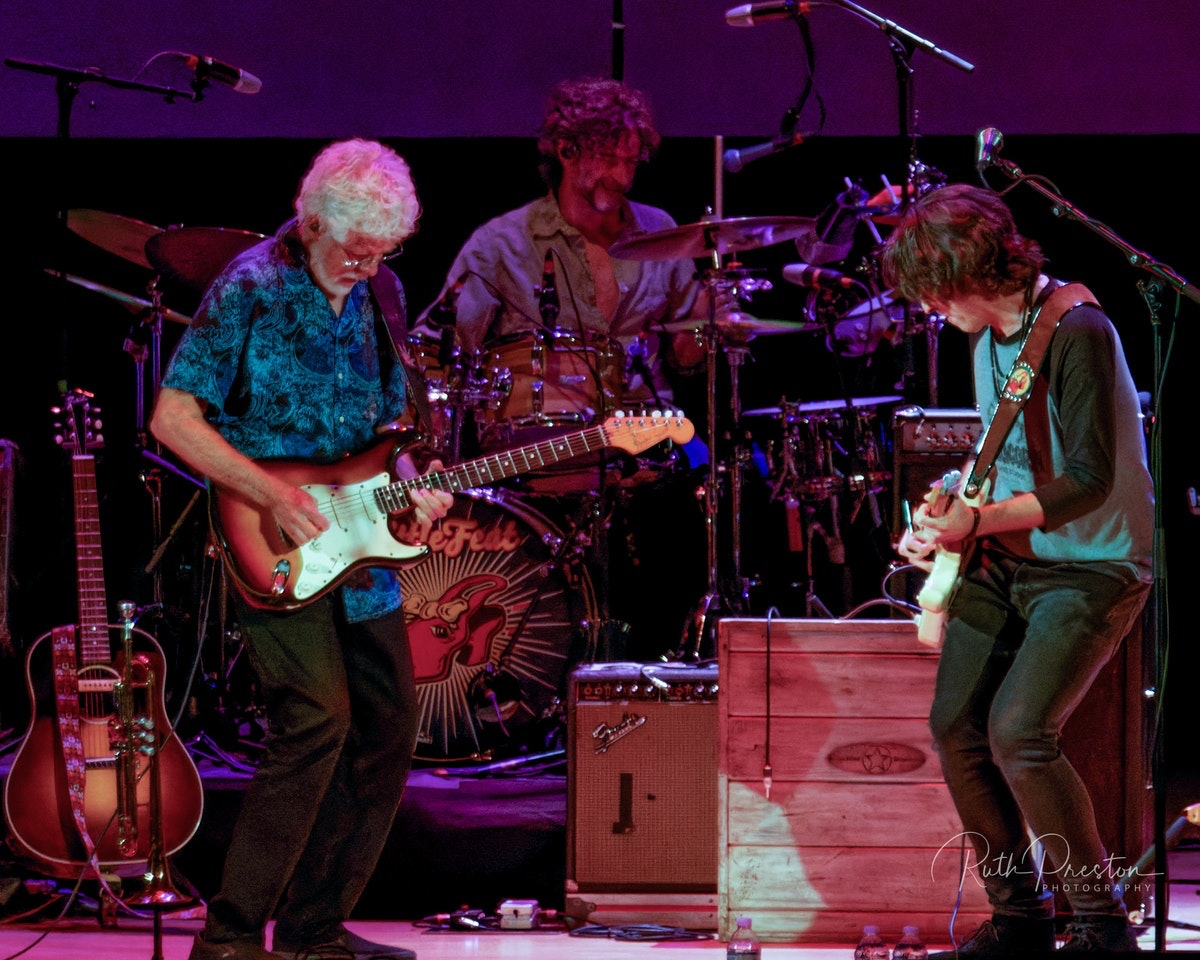 Although their fame never met the same heights as some of their peers, Little Feat has continued to tour with its remaining members since rejoining in 1987 with Bill Payne leading the way. Gaining new fans over the years and maintaining a devoted contingency of fans from their heyday.

The thought of a band being booked the same night as Jimmy Buffet in Cincinnati, of all places, and nearly selling out that venue is very impressive. Especially considering that each artist shares a similar demographic. But that is exactly what Little Feat did Thursday evening at The Taft Theatre.

After having to reschedule several times, Little Feat was able to honor the lasting legacy of Waiting for Columbus’ 40th anniversary. Playing nearly the album in its entirety, fans treated the show more like one two-hour-long encore rather than just another show. Knowing what was coming after every song, fans were still elated to run through the greatest hits of Little Feat.

From “Fat Man In The Bathtub” to “Oh Atlanta,” fans sang along and stood and applauded as if each song was the band's last. Maybe the most impressive aspect was their ability to capture the quality of sound still from ‘78. Bill Payne’s chops on the piano haven’t lost a step, arguably the most integral aspect of the band's sound, giving that true Swamp Rock, New Orleans sound.

Multi-instrumentalist Fred Tackett was able to shine as well. Showing what he brought to both the band's studio and stage sound over the 50 years. Jumping between guitar, mandolin, and trumpet, Tackett felt as youthful as he sounded all those years ago. 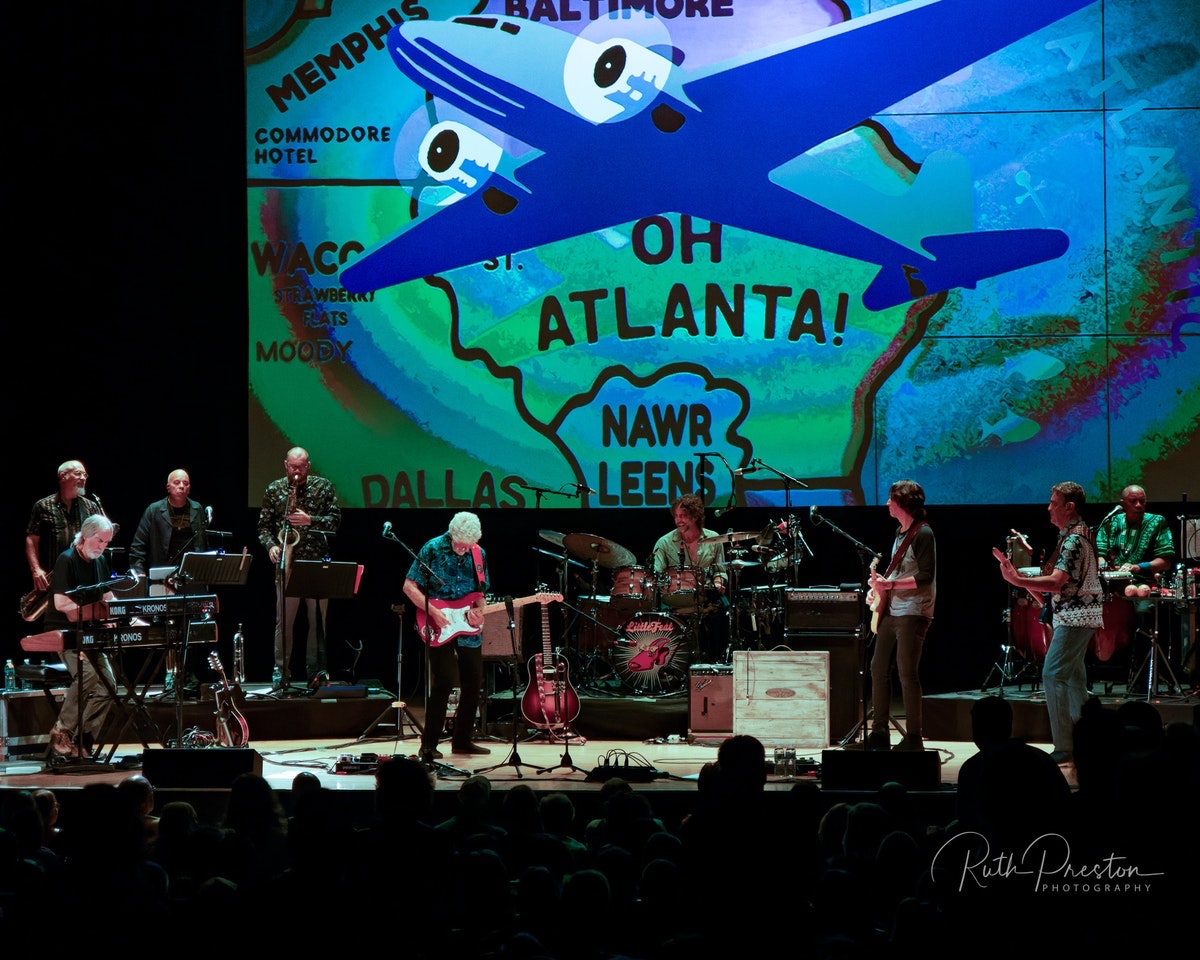 Guitarist/vocalist Scott Sharrard and drummer Tony Leone are seasoned Southern Rock vets, having played with the likes of Greg Allman and the Chris Robinson Brotherhood. So when it came time to play the band’s most classic tunes sung by George, Sharrard and Leone summoned up perfect renditions of the former frontman's voice. Not to mention that Leone and Sharrard could bring down the house with their musical prowess.

As the evening came closer to an end the band went into the most iconic stretch of songs from the aforementioned record. Running through “Spanish Moon,” “Dixie Chicken,” “Willin’,” and “Don't Bogart That Joint.” It was then you really began to see the lasting legacy of this band.

George and Payne’s ability to create timeless songs that delve deep into the American music experience is still captured in these live performances. For so many fans who have come back year after year to see Little Feat, there's this feeling of “If you know, you know.” For first-timers like myself, you just feel lucky to have seen a small piece of what it was like to experience this band at the height of their powers.

Little Feat at The Taft Theatre