A decidedly different experience compared to last time, both in size and tenor, Ska/Punk/Rock stalwarts Less Than Jake brought an end to the first leg of their tour with Bowling For Soup Saturday night.

This was my first time catching a show at PromoWest Pavilion at Ovation - and much like my first time at the The Andrew J. Brady Music Center I was both impressed and a little overwhelmed. It’s a massive space, easily the biggest stage I’ve seen a band like Less Than Jake play, and it’s *loud.* Shout out to the crew there - friendly folks all around, and they run hell of a show.

I managed to miscalculate, arriving after the openers Don’t Panic! had started their set. I was able to grab a few live shots and really enjoyed their particular blend of melodic punk and pop punk - they were a lot of fun to watch, had great presence, and sounded super tight. A strong way to start things off, for sure.

It’d been something like 24 years since I was able to see The Aquabats live for one reason or another. Back in 1998 (?) Blink-182 took them out on tour right before Travis Barker became their full-time drummer. At the Cincinnati stop at Bogarts, he did double duty, so it felt a bit like watching a weird piece of Pop Punk history happen in real time. Somehow, though, it didn’t seem like almost two and a half decades had happened. 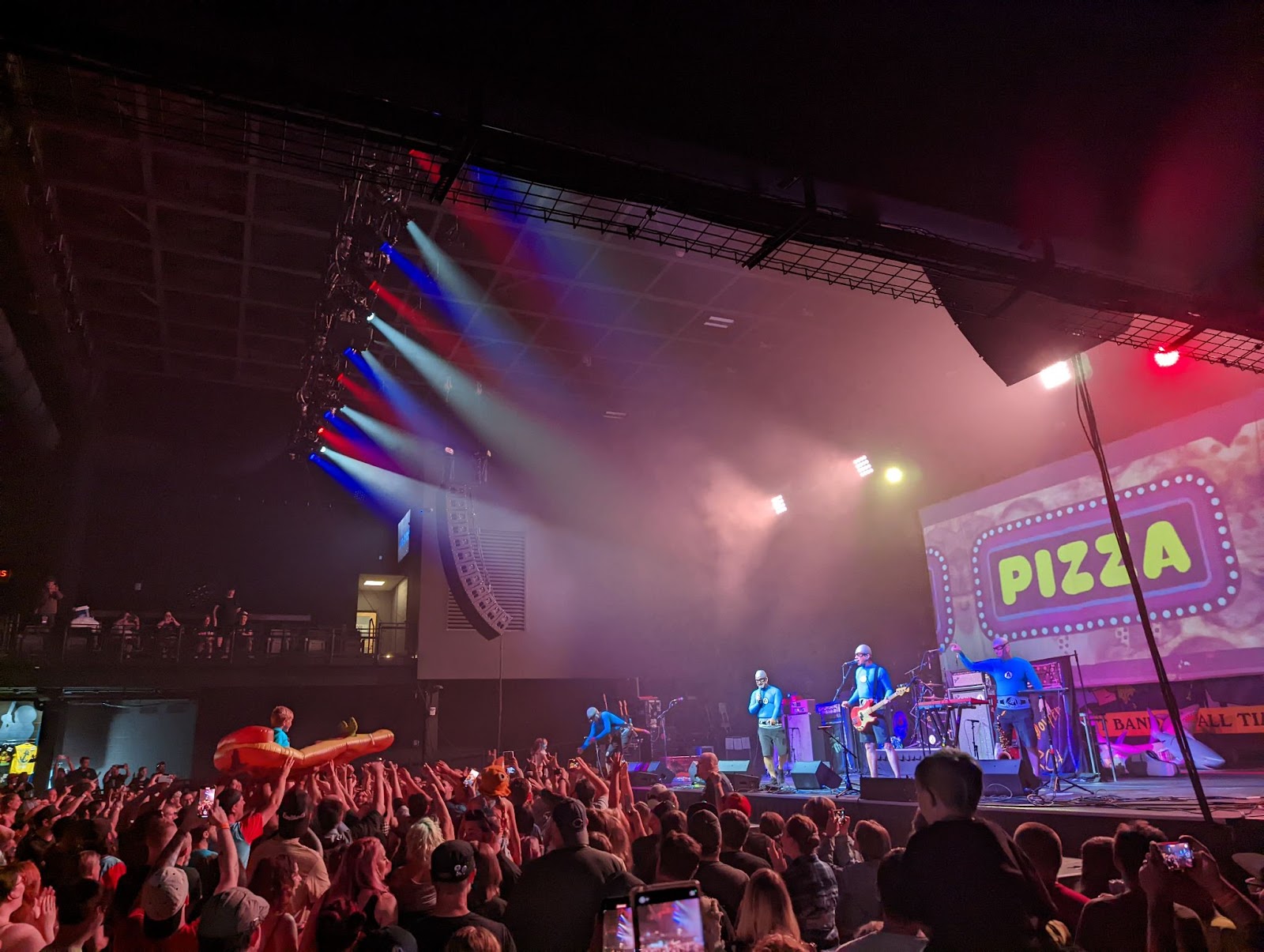 The Aquabats managed to merge tracks from across their catalog into one of the most ridiculous and joyous sets of live music I’ve seen in a long time. They played a good amount of older material - hearing “Super Rad!” again after so long was awesome. “Pool Party” live is just terrific. Coming from one of the folks behind Yo Gabba Gabba! and the mad geniuses behind The Aquabats Super Show! I shouldn’t have been surprised that they brought up a couple of the shockingly numerous kids from the crowd to race each other ON TOP OF THE CROWD using pizza slice pool inflatables. Yet somehow I was. A great set that had me smiling the whole time. And then some. 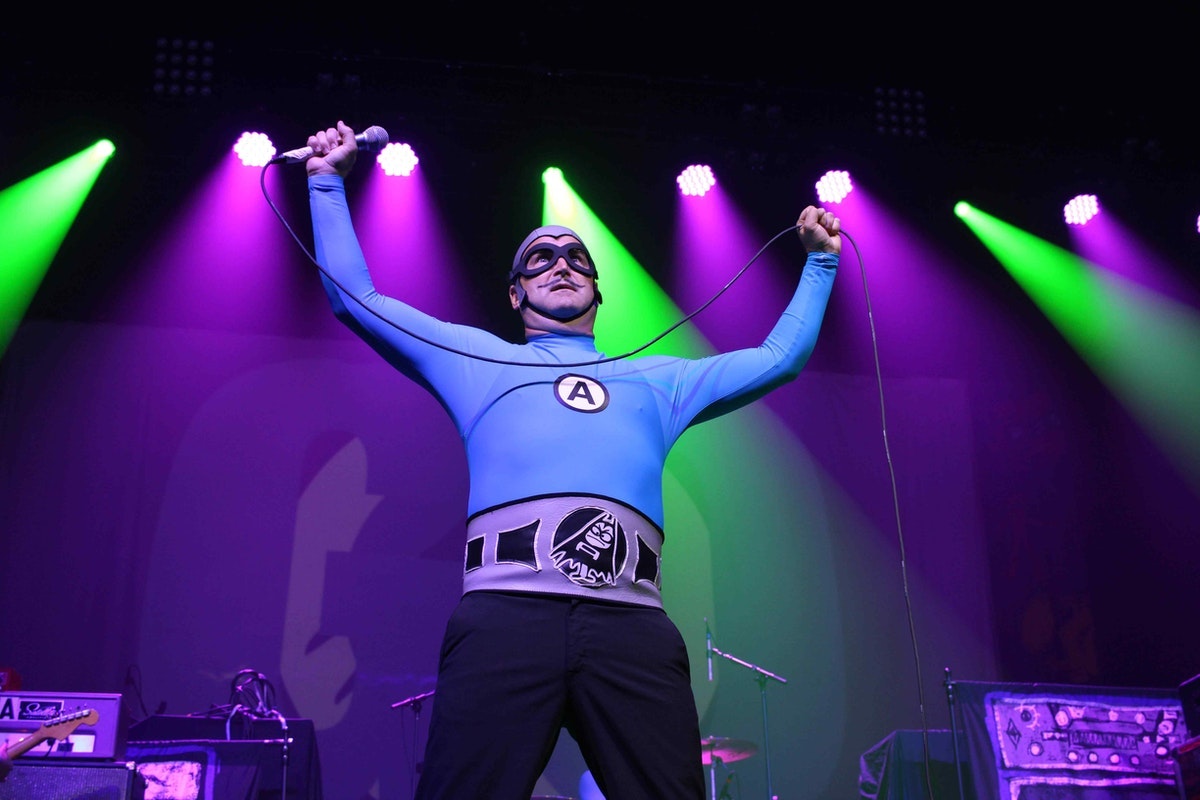 Bowling For Soup was next, and I admit to not being super familiar with them. No reason in particular, they’re just a band I missed in the middle of everything else. Their set was okay - a bit overlong and sandwiched between The Aquabats and Less Than Jake, it was never going to match either the silliness or the energy of either. However, I fully admit to being genuinely stoked when they played the Phineas & Ferb theme song. The show is a favorite in our house, so I actually knew that one and was able to brag to my kids who were a bit less jazzed about it than I hoped they would be.

The biggest WTF? moment of the night, though, was when they stopped playing “1985” mid-song - I thought something had happened in the crowd - and they started talking about the movie Rookie of the Year, and actor Thomas Ian Nicholas. Turns out, he has/had a song that plays on the Bowling for Soup track called “1999” and it’s about American Pie, the movie? Yeah, he’s in that one, too. So sure, he jumps on stage wearing his uniform shirt from Rookie of the Year and sings the rest of the song (both his and the band's versions) and then their set was over and he jumped off stage and took photos or whatever and then left. And yes, it was really him. So that happened? 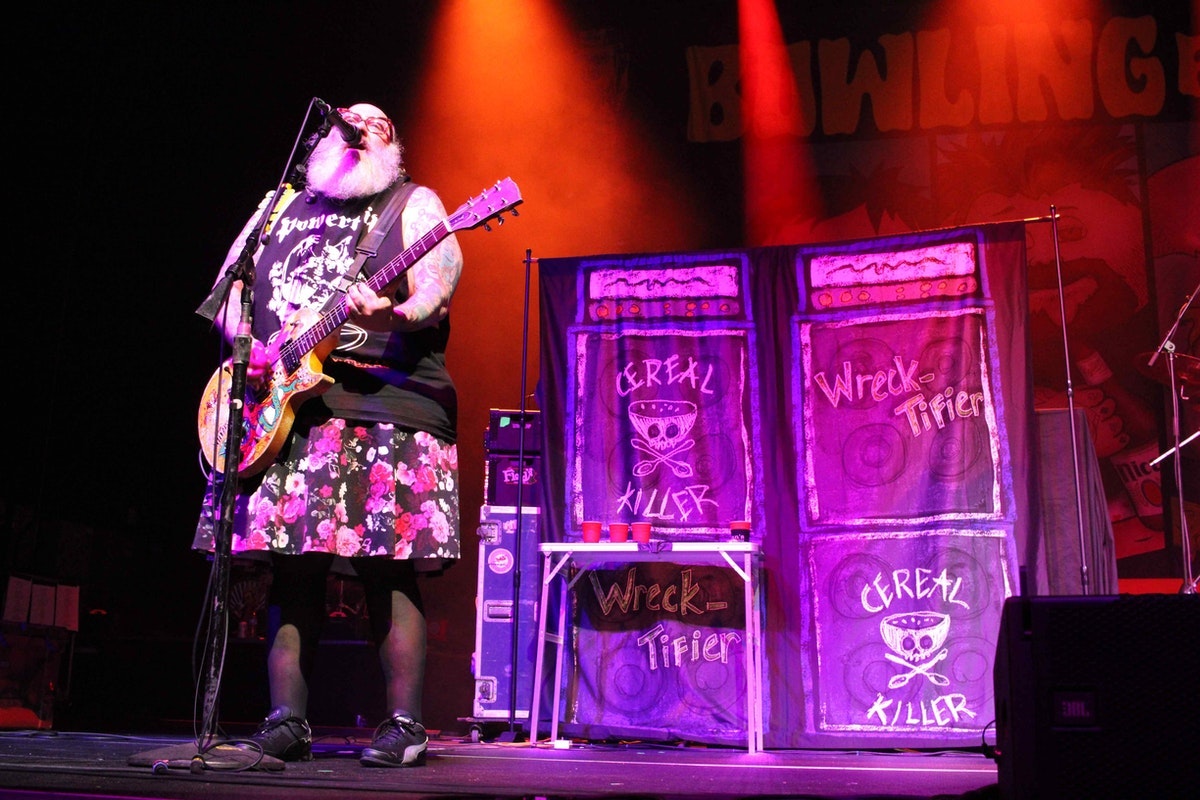 Then Less Than Jake took the stage and, as they do, completely stole the show. I was anxious to see The Aquabats after so long, but Less Than Jake has always been and continues to be one of my favorite bands to see live - and they’re one of those bands that just consistently lives up to the hype. They’re not that much older than me (I don’t think) but you wouldn’t know it while they’re playing.

There’s a bit of schtick, what with the partying and degenerate punk rock behavior and all that, but they’re secretly consummate professionals and take their show really seriously. The stage is massive, and they played *all* of it, but their small club upbringing refuses to leave the way they approach things, so they were setup on a relatively small portion. Their set, again, was a fun, nostalgic mix of older songs and some newer tracks and it all just… works. Energetic, frenetic even, without a hint of ironic self-awareness, it’s a damn good time from start to finish. Wild wacky inflatable tube guys, toilet paper cannons, epic singalongs. It’s all a part of the Less Than Jake experience, and I’ll do my best to catch it every chance I get. 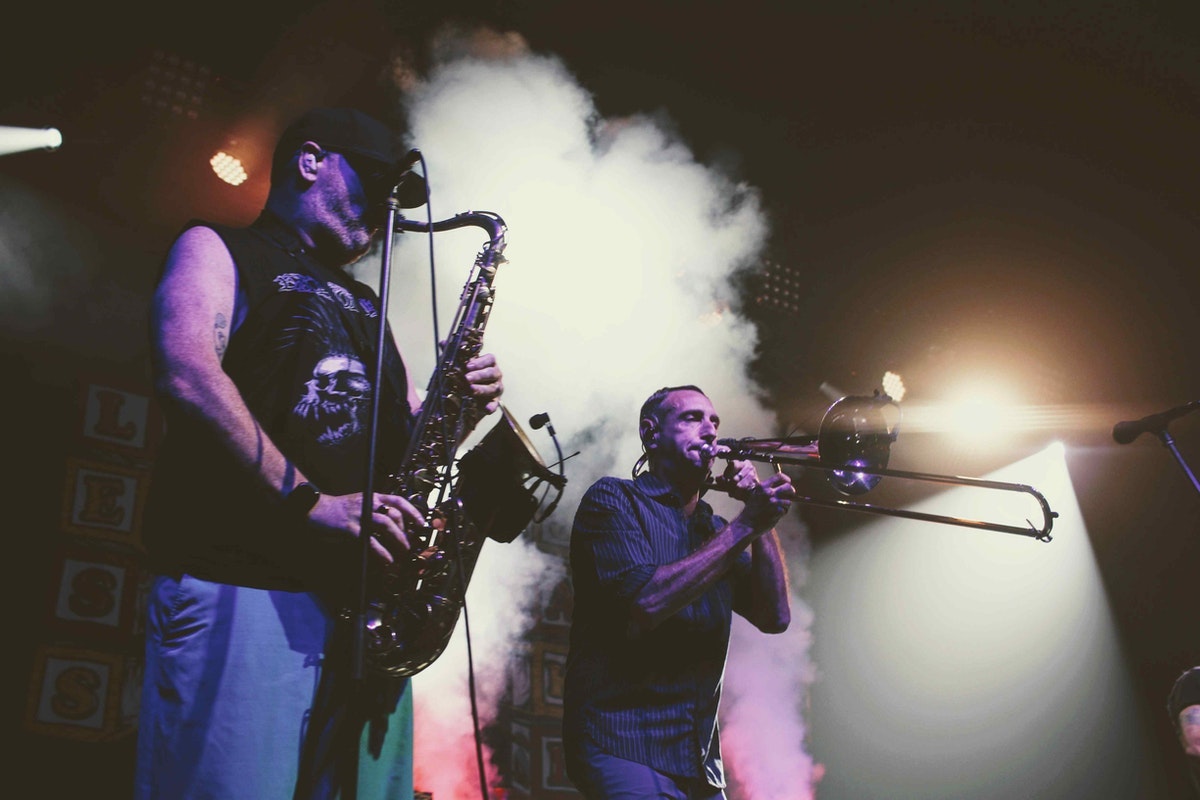 Of note: all the Punk Rock Parents sharing the experience with their kids (whose ages ranged from like 4-5 to teenage). And most of the kids were super into it. The Aquabats obviously have a built-in audience with that age-range (my 16 year old almost came with me since The Aquabats were, as they say, “a part of my childhood.”), but everyone else? It was a party. It was great to see so many folks, of such a wide age range, having that much fun.

Thus ends the first leg of the Less Than Jake/Bowling For Soup co-headliner. If you happen to see this from somewhere else in the world, I can’t guarantee that Thomas Ian Nicholas will show up to sing a song, but you’ll have fun regardless. Enjoy the show.

Less Than Jake / Bowling For Soup / The Aquabats

Less Than Jake / Bowling for Soup / The Aquabats / Don't Panic! at PromoWest Pavilion at OVATION

If you’re a fan of music at any level - underground, indie, mainstream - you get to a certain point where everything either disappears, or somehow, sometimes inexplicably, comes back around again.