It's been nearly 30 years since The Smashing Pumpkins released their masterpiece Siamese Dream. A beautiful, ambitious second record that catapulted the Chicago band to 90's rock superstardom. The record was the culmination of Billy Corgan's love of classic rock's more grandiose and epic moments. With this fuzzed-out psychedelic approach, they began to take on their debut, Gish.

The second you hit play on Siamese Dream, Corgan's ambition to become one of rock's greats was clear. However, controversy followed the often confrontational frontman. Picking fights with Pavement's Steve Malkmus to Guided By Voices Robert Pollard, pointing to them as the "cool kids," picking on the emotional, introspective Corgan. In a way, these antics may have hindered the genius and influence of The Smashing Pumpkins' music.

However, over 30 years later, Corgan can still sell out venues across the country under The Smashing Pumpkins name. The reason simply is that he has become one of the Rocks' more interesting and beloved figures. On Friday evening, fans flocked to PromoWest Pavilion at OVATION in Newport in the rain to see the now legacy act play some of their favorite songs.

The show seemed to have been delayed due to the rain, but that didn't stop the Reds from shooting off their fireworks across the river. Giving fans a fun fireworks show while they waited for the rain to pass.

Once the sun began to set, the band emerged to an orchestral introduction on stage—a very on-brand dramatic introduction for Corgan and company. As Corgan took the stage last, fans began to scream, and Corgan ate up every second. Looking around at the crowd seeing the size and their excitement and nodding in almost affirmation. As if he thought to himself, "This crowd will do just fine." 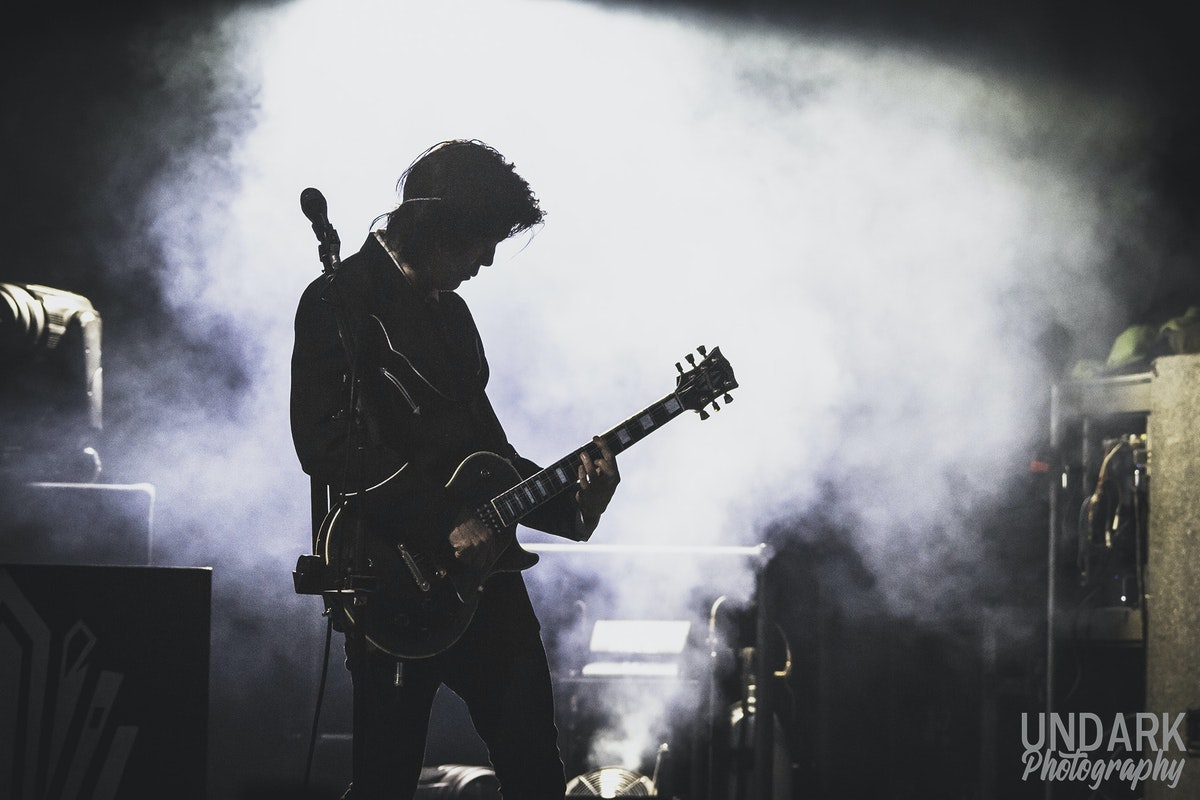 Corgan was dressed in his full "vampire-ESC" regalia. A long black dress with a gold pattern. Corgan raised his arms to the crowd one more time before picking up his guitar, and like the rock god persona he's always wanted, he was greeted as such. 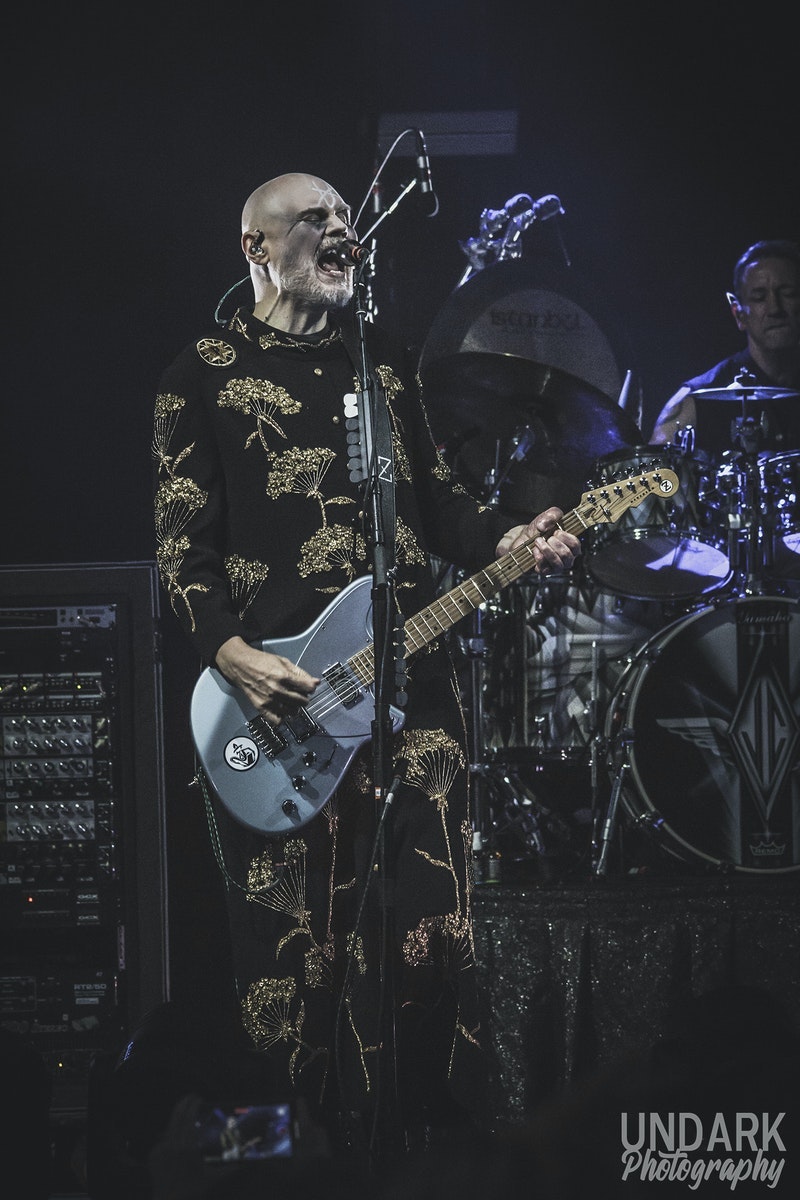 The band kicked it off with "The Colour of Love," the lead track off of their latest record CYR. A song I had not really appreciated before seeing it live. It made me interested in their more recent work as it clearly leaned more into the goth, synth-rock influences of the band. Reminding me of something the Cure would've made during their Disintegration era.

Soon after that, the band began running through their hits. "Bullet With Butterfly Wings," "Today," "Drown," and "Quiet" in that order followed. For fans, this was pure delight. There is nothing better than seeing a band like the Smashing Pumpkins lean into and embrace their best work. That's exactly what they did, a legacy act that is fully aware of what the fans want.

Corgan and company then went into one of the more intriguing covers I've ever seen live. Completely dissecting the Talking Head's "Once in a Lifetime" and flipping it into this nightmarish version. It was a completely different and dark approach to the song.

It's tough to pick just one highlight from the set as there were so many as the show went on. From "Ava Adore" to "Tonight, Tonight," being played acoustically.

As they kept playing, the band just became more comfortable, and because of that, every song seemed better than the last. Maybe this is them still shaking off the dust from not playing for some time, but few bands just continue to sound better on each song they play next. So to make it easy on me, I will say that "1979" was my highlight as it was the last song on the main setlist, and it's personally the most beautiful song Corgan has ever written.

Fans could be seen getting visibly emotional as, for many, The Smashing Pumpkins were that band that anyone could latch on to. They had anger, emotion, and incredible highs. They continue to speak to teenagers worldwide as Corgan's music is a perfect vehicle to experience those frustrating and relatable times we all go through growing up. Now even being featured in Tik Toks everywhere. The songs, however, are timeless. You can put their records on, still, feel so many emotions, and be transported back to the first time you heard them.

As the band finished with "Silverfuck," off of Siamese Dream, Corgan once again raised his arms to the crowd and took a minute to take it all in. Is this the biggest crowd he's played? Absolutely not. But there was something about Corgan standing there with his arms raised that made you believe this man was completely content with his place in Rock history. One of the last great rockstars of the 90s and the genre.

The Smashing Pumpkins / AEIR at PromoWest Pavilion at OVATION