It’s April so we are officially halfway to the Halloween season. To celebrate this ghastly occasion 2 of our favorite ghouls, Wednesday 13 and Doyle awoke from their cold crypts to perform a spook-tacular night of horror punk at The Blue Note in Harrison Ohio.

On this tour, Wednesday 13 is playing a select number of songs from his previous band, The Murderdolls. Friday’s show was dedicated to Joey Jordison who passed away last year. Many will remember him as a founding member of Slipknot but Jordison was also a cofounder of the Murderdolls.

Wednesday 13 and his band hit the stage decked out in black leather and latex looking like a cross between Neo from the Matrixand the Cenobites from the Hellraiserfilms. The band held the audience's attention from the moment they took the stage and until they performed their final note. Wednesday was in high spirits joking with the crowd that, “It’s the frontman’s job to ask if you are enjoying yourselves several times this evening.” 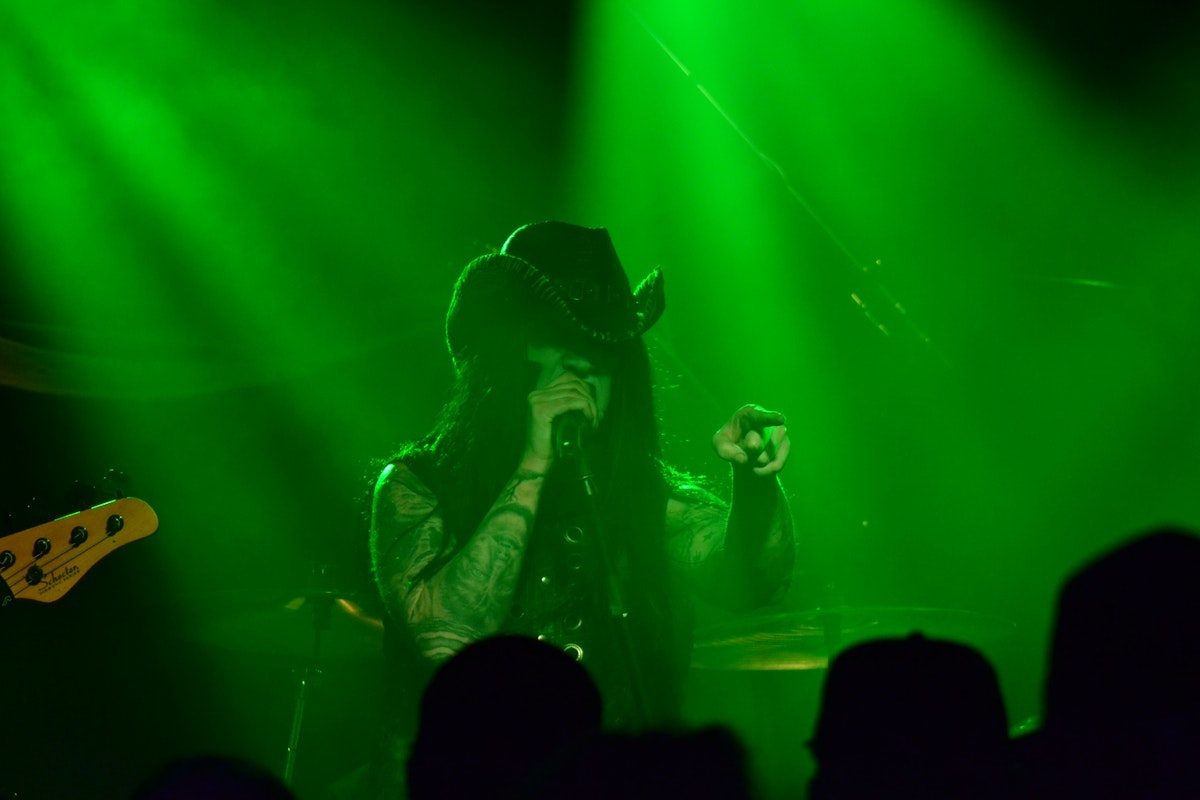 The final song from their set was the Murderdolls classic, “I love to say fuck.” For this song Wednesday pulled out an umbrella with the large middle finger proudly displayed on it. Fans responded by holding up their middle fingers high above their heads while singing thunderingly along.

After a brief set change that allowed fans to grab a break, Doyle bombarded the stage stomping around like Godzilla with a guitar. Unlike what happens in monster movies, fans began to rush the stage to get a closer look at this unleashed beast. With his trademark black devilock hairstyle, a style that he’s worn since his days in The Misfits and Frankenstein inspired makeup, Doyle truly embodies the look and feel of horror punk.

Doyle’s singer and frontman Alex, “Wolfman,” Story came out in a black tight-fitting luchador/gimp mask that he admirably wore for most of their set. The band took little pause between songs as they obliterated the audience. Story introduced each song as “Sort of a love song, you can dance to it if you want,” or some sort of variation of it. Even though you knew what he was going to say each time, it was always funny. 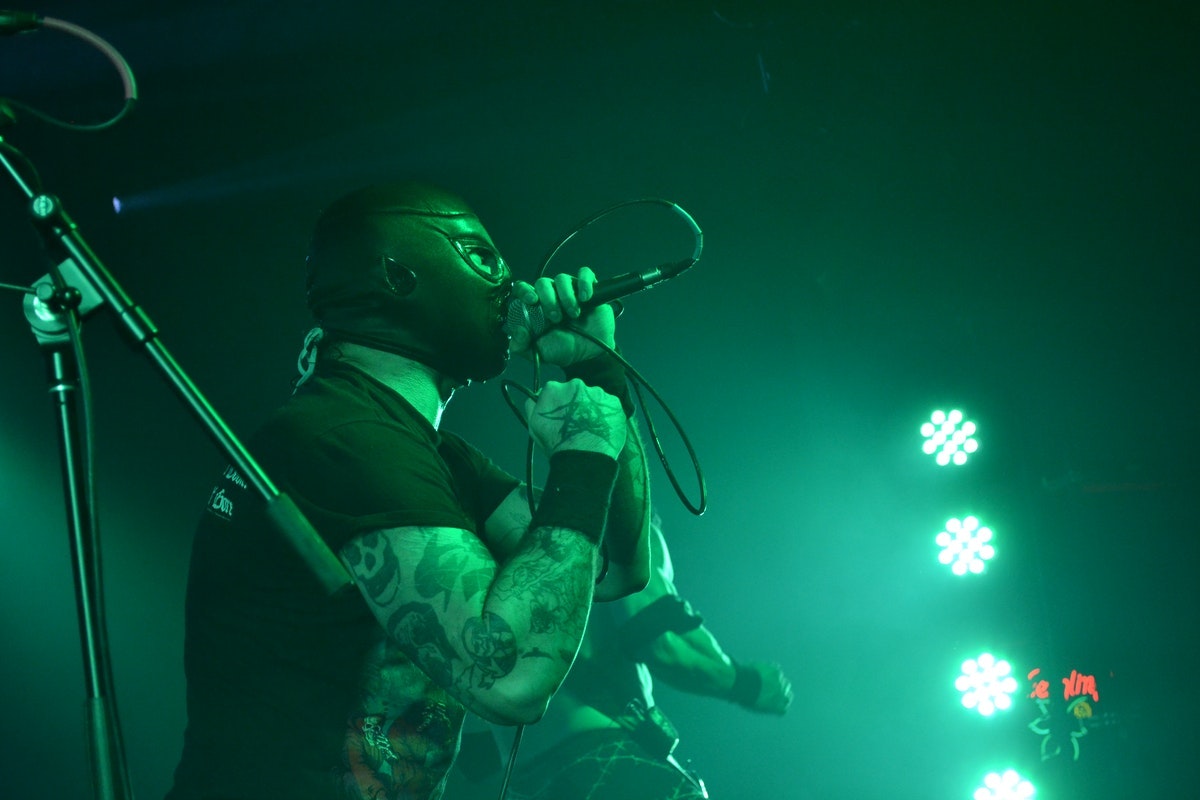 Some of the songs played throughout the evening included, “Abominator,” “Beast Like Me,” “Dead Girls,” and “I Hope Hell is Warm,” Doyle’s guitar playing style can best be summed up as “Monstrous” as it looks like he is pummeling the living shit out of his guitar, definitely keeping his guitar tech busy as he had to switch out guitars after almost each song.

Story wasn’t going to be outperformed by Doyle as he aggressively sang out each song often falling to the ground, running around the stage and at one point actually climbing up high above multiple amp stacks.

Doyle’s set was short and savage. Fans were lined up against the rail after the band left the stage looking like they had just witnessed an onslaught and had to take a moment to process what had just happened.

Were there any survivors? And what was left of them?

Wednesday 13 / Doyle at The Blue Note

Anyone who knows me, knows that I love the legendary horror punk band The Misfits. My basement is covered in their posters and memorabilia and I am covered in Misfits related tattoos. Doyle’s own band, simply called “Doyle,” will be making a stop at the Blue Note on April 1st.