The Heritage Bank Center was the host to Ghost’s stop in Cincinnati for their first show in the Queen City since their 2019 concert at the Taft Theatre. Their show presence has drastically grown and evolved since then. Cardinal Copia has now ascended into the role of Papa Emeritus IV and the Nameless Ghouls have a much darker and dystopian look. Their new masks resemble a cross between a military gas mask and one of Star Wars’ Tusken Raiders. The stage show has grown to match the magic of an arena show complete with confetti, pyro and pulse pounding fireworks.

Once the large white backdrop was lowered the show took off with an erupting cheer from the crowd. Old fans and newer fans alike were treated to one of Ghost’s newer songs, “Kaisarion,” from their upcoming album Impera (out March 11). While the fans gave a warm reception to the new song, it was no match for the second song of their set, “Rats,” off the band’s previous release, Prequelle. Papa worked the crowd into a frenzy encouraging fans to sing along, which they did with fists in the air and smiles on their faces. 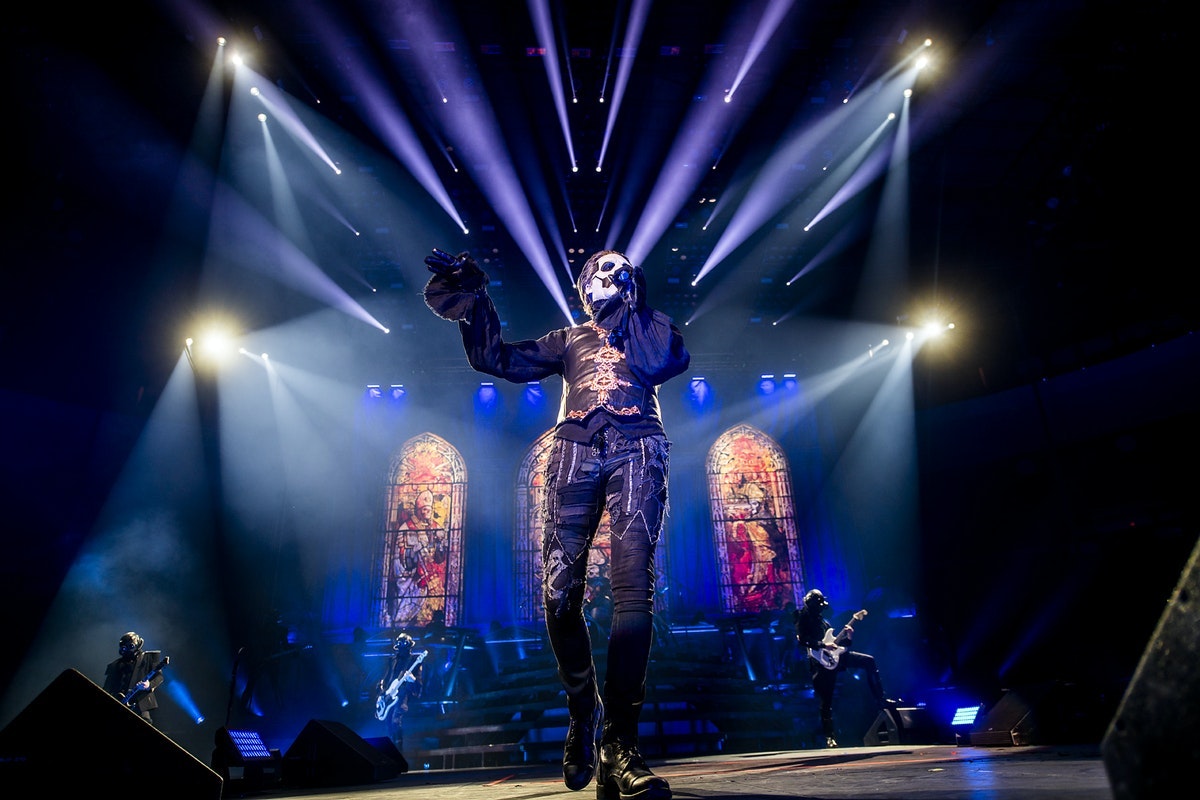 While Papa has a swagger that commands the stage, the Nameless Ghouls are just as incredible to witness as they strut around the stage. The new masks often catch the stage lights in their lenses giving an eerie glowing eye effect. Aside from looking cool, their musicianship is top notch and their stage banter left me laughing out loud. At one point one Nameless Ghoul unplugged another’s guitar during a solo. 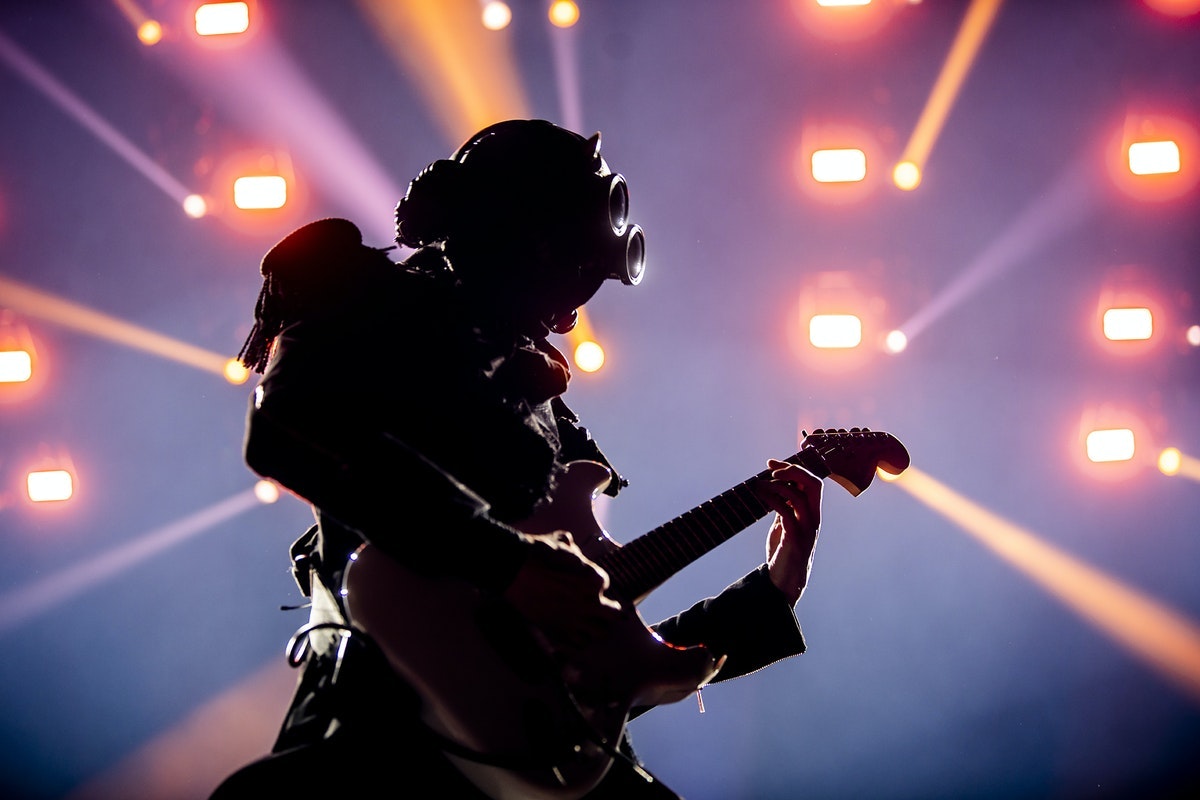 If you were a long time fan or new to the band it would have been hard to go home unimpressed. The band played hit after hit with such favorites as, “Cirice,” “Faith” and “Ritual.” Papa, ever the showman, had a few wardrobe changes within their set. He changed into his priestly robes to perform, “Year Zero,” later it was a cool jacket complete with bat wings on the sleeves and ended the show with a bright blue sequined vest.

Papa did a lot of talking and joking with the crowd between songs. He even took a moment to make sure everyone on the floor was safe. He mentioned that there were many small people up front and to watch the crowd surfing as they may have a harder time holding people up. Who says Satanic rock stars can’t be nice guys? 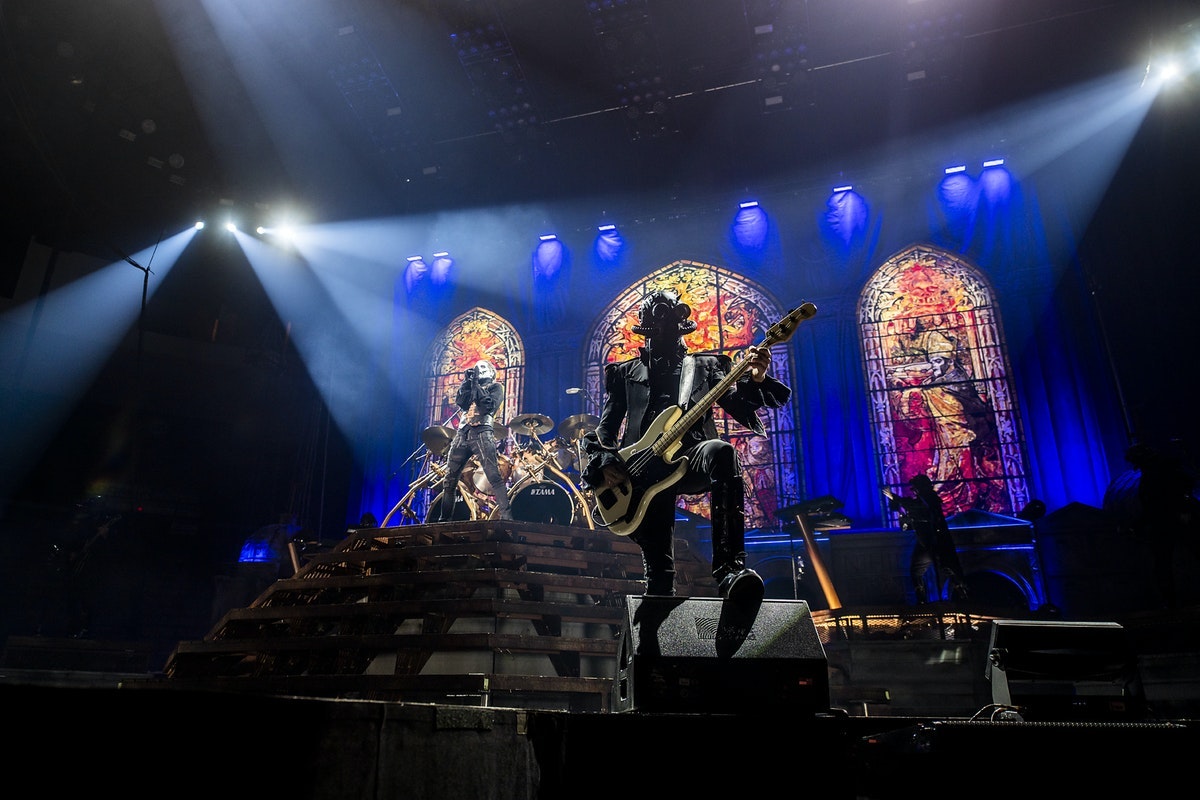 Towards the end of their set they performed an incredible cover of one of Metallica’s greatest hits, “Enter Sandman.” Their version was both familiar enough to the original and different enough to make it their own. Before the last song Papa said he hoped that crowd went home and fucked each other, or fucked themselves. He promised to play one more song, then wanted everyone to “Go fuck yourself.” Only Papa could get away with saying something like that in such a nice and elegant way. The final song for the evening was, “Square Hammer,” which put the final seal on an incredible evening. Fans felt it hard to leave and wanted more, but all good (and evil) things must come to an end.