After years of playing music, both by myself and with other musicians, I’ve often felt that a rock n’ roll band can only go as far as the drummer takes them. That’s not to dismiss the contributation of every other piece that makes a band, but with the consistent rhythm of the drum, guitarists are allowed to take chances, bassists can venture up the neck, and everyone in the band, and the audience, trusts the end result will end on ‘1.’

When I think about tonight’s show at The Southgate House Revival, featuring headliners 500 Miles to Memphis and supporting act Nightbeast, I can’t help but think about the drums. 500 MTM’s Kevin Hogle stood out as the highlight of the night, seamlessly transitioning between the alt-country romp of 500’s earlier material into the punk rock furor that dominates their newest release, Hard to Love. Speaking of Hard, it’s hard to believe 500MTM has been together for almost 20 years. Usually bands that have been together that long tend to lose their edge as time passes. Not so with 500MTM. As mentioned on stage, their sound has only gotten faster and more ‘punk’ as they have aged. It’s obvious their chops are fine-tuned and that the songs are well crafted. However, as their contemporaries may lean on the twang and groove of country or folk in their salad days, 500MTM has embraced the edgier, anti-establishment culture of modern punk to forge a unique fusion as they have matured. Their show tonight was energetic and aggressive, but also afforded a Midwestern accessibility. The band showed they could write and perform a simple song that pleases the masses, while also allowing for enough ear candy for the hardcore fan to geek out on. 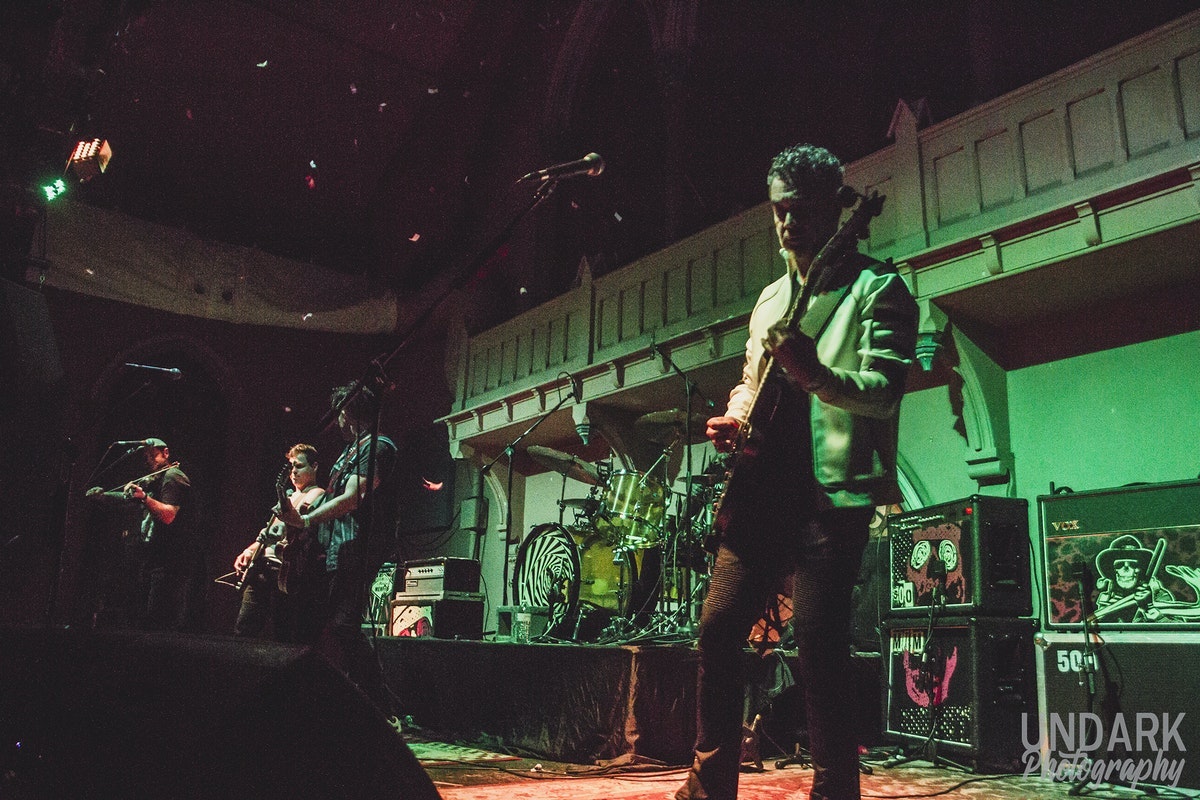 It was an impressive feat, especially considering the supporting act. Nightbeast is supporting their album, Actually, which is actually the ultimate, fantastic party record of the year. I imagine for any band it’s a daunting task to follow Nightbeast. They brought the (mostly topless) energy tonight, and rocked through their set with reckless, frenetic, and flamboyant energy not seen since the heyday of arena rock. Like 500MTM, Nightbeast’s wild, borderline psychotic set was supported by a fantastic rhythm section, anchored by drummer Marques McConnell. McConnell brought the steady rhythm necessary to allow all of the other members of the band to run around the stage and entertain the crowd. The entire band was on point, but had the freedom to explore, and I have no doubt that freedom starts with the consistency of the beat. 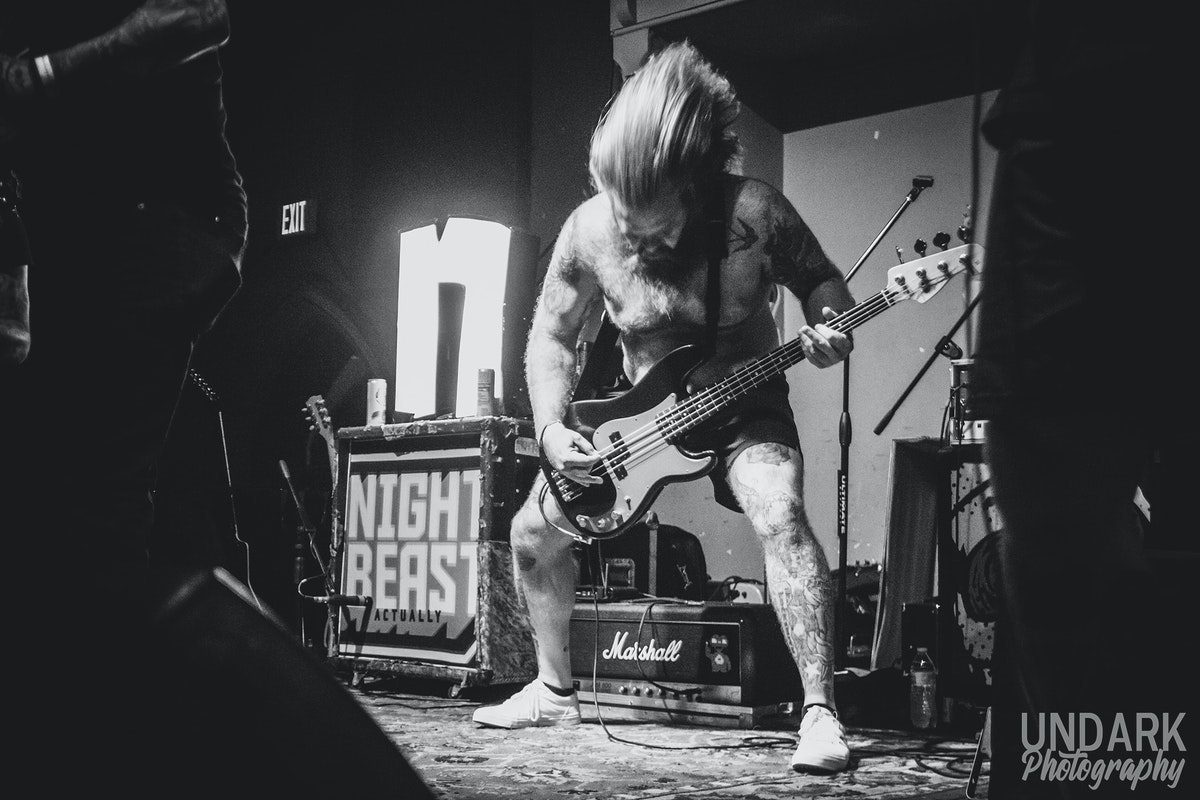 Also in support, Veronica Grim and & the Heavy Hearts deserve a worthy mention, honoring the tradition of alt/country-rock and adding a special layer of indie/Jazzmaster rock. Veronica has a strong, confident voice that will only grow as time passes.

As the band ran through The Police’s “Message in a Bottle,” which was a great choice for a cover, I was enthusiastic about the direction and ambition of local music in the Cincinnati area. If the Queen City ever gets its proper spotlight, I hope I’m there to provide my small part in the celebration. 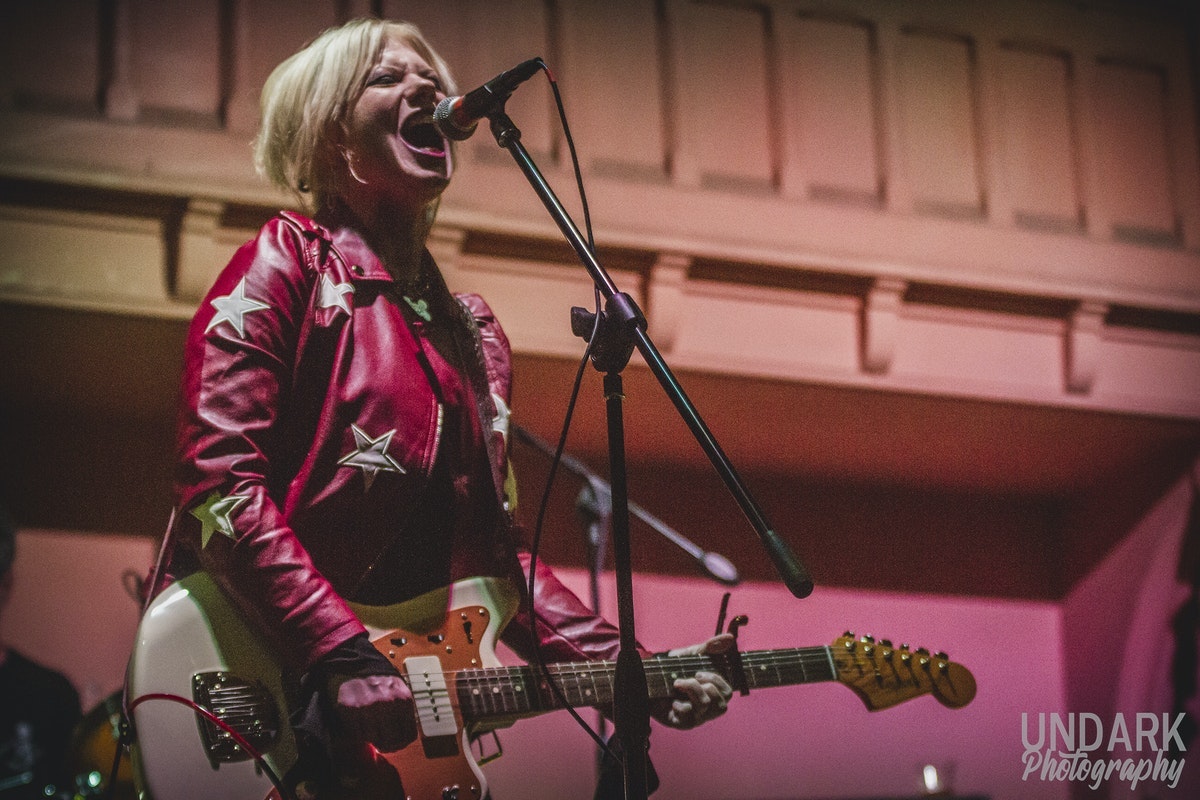 Brandon Schoonover is a graduate of Ohio State University. A man of many hobbies but a master of none, Brandon can be found playing with Easter Rising whenever they let him. He enjoys craft beer, football, and inappropriate memes.