When The Undead come to town, the party isn’t far behind. The New Jersey native group of groovy ghouls brought their unique blend of horror and punk to The Southgate House Revival for an unforgettable wicked night.

The opening bands were firing on all cylinders, getting the crowd pumped for the headlining act. I arrived late into 13PaganHoilday13’s set, but not before hearing an awesome cover of the Ramones’ “Pet Semetary.” 13PaganHoliday13 were the perfect choice to open this show, being a long-time runner in the Cincinnati Horror Punk scene.

The Letdowns followed next with a more traditional punk sound with some added twists of rockabilly and garage rock. The band could play some great harmonies and included some great guitar work by their lead guitarist. They ended their set with a cover of Motorhead’s, “Born to Raise Hell,” which their vocalist absolutely nailed, sounding almost identical to the late great Lemmy Kilmister.

Tommy Grit & The Pricks picked things up with a much more hardcore approach. The band was like a kick to the teeth as they pounded the crowd with each song. Following the lead of the first two acts they performed a sped up and more aggressive cover of the Ramones’ “R.A.M.O.N.E.S.”.

The Undead took the stage late in the evening. Being almost midnight did not seem to have any effect on the crowd’s energy levels. Most monsters are more active after midnight anyway. Bobby Steele and his wife, Diana Steele were on fire as they performed their duet, “Be my Ghoul,” from their most recent release, “The Morgue, The Merrier”. 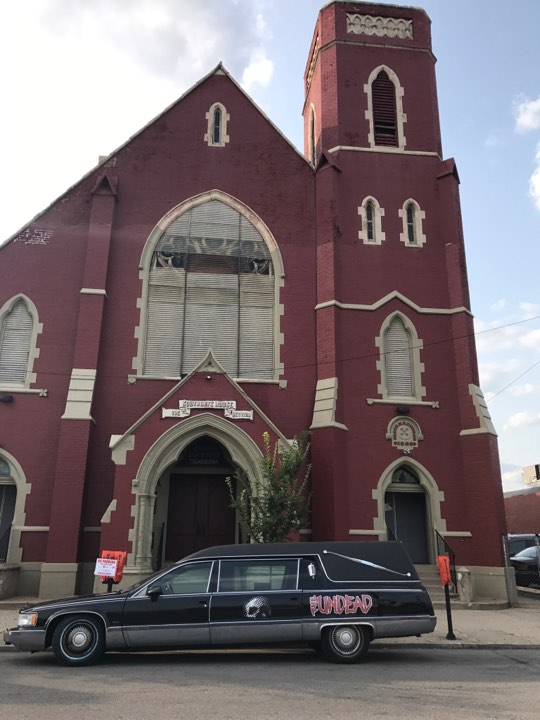 Of course, no Undead set would be complete, without hearing a few Misfits’ songs. It was great to hear Steele’s rendition of the cult classics. Bobby played great versions of “London Dungeon” and “Spook City USA”. He joked with the audience regarding the Misfits’ recent reunion tour saying, “You just paid 8 bucks to hear songs they won’t even play”. The Undead even led the crowd into the act by actually placing their back up mic stands on the floor for the crowd to sing along to, “Rat Fink.”

While The Undead played plenty of their own classics such as, “I Want You Dead”, the crowd was also treated to a few songs off their upcoming EP, “Having an Undead Summer”.

As with any good monster performance, I’m eagerly awaiting a sequel, hoping Cincinnati has not seen the last of The Undead.