Forecastle Music and Arts Festival has been a tradition of the Louisville scenic waterfront for the last 15 years. Since 2002, Forecastle has grown into a diverse, eclectic festival that has hosted big names such as Jack White, Modest Mouse, Robert Plant of Led Zeppelin, and many more. This year Forecastle kept the tradition of diverse music selection rolling with headliners Weezer, LCD Soundsystem, and Odesza.

Walking into the gates of Forecastle immediately gives you the bohemian festival feel of other major music festivals. Many times, throughout the weekend we felt like we were at Bonnaroo or Coachella. There were various elements that diversified Forecastle's appeal and provided continuous entertainment to the relatively-young and energetic crowd of festival goers. Some of our favorite visual elements were the costumed performers walking around on stilts. The larger than life characters including a 12-foot-tall Colonel Sanders and Raoul Duke from Fear and Loathing in Las Vegas. There were also several colorful fish swimming around atop the crowds of concert goers. 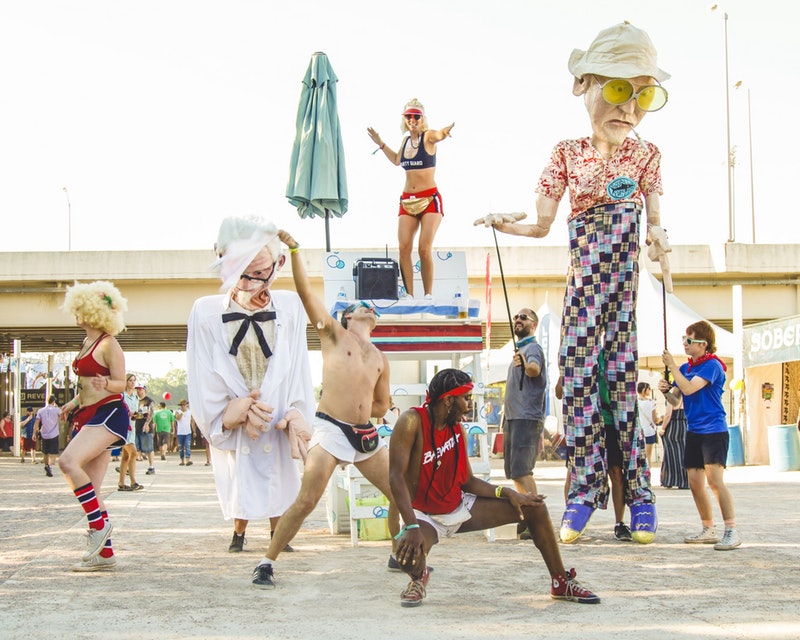 The festival hosted 4 stages with various types of terrain and individual sceneries. Depending on what show you were headed to, you might be walking across a bridge over water, navigating through park forests to a rave, or getting rowdy under a dusty highway overpass. The Ocean Stage, located under the highway overpass, hosted many of the hip-hop and dj sets. Waka Flocka Flame used this stage to go hard in the paint on Friday, using the entire length of the crowd as a performance space. Waka went down into the crowd 4 times, giving a personal performance to all of his fans. The energy he brought made him stand out from other hip hop artists we've seen over the last few years. California rapper, Vince Staples, took to the Ocean Stage on Saturday, playing a set filled with catchy songs that showed off his lyrical capabilities. Whilst sitting in our hotel room before the festival, we were surprised to see a Sprite commercial starring Vince Staples. 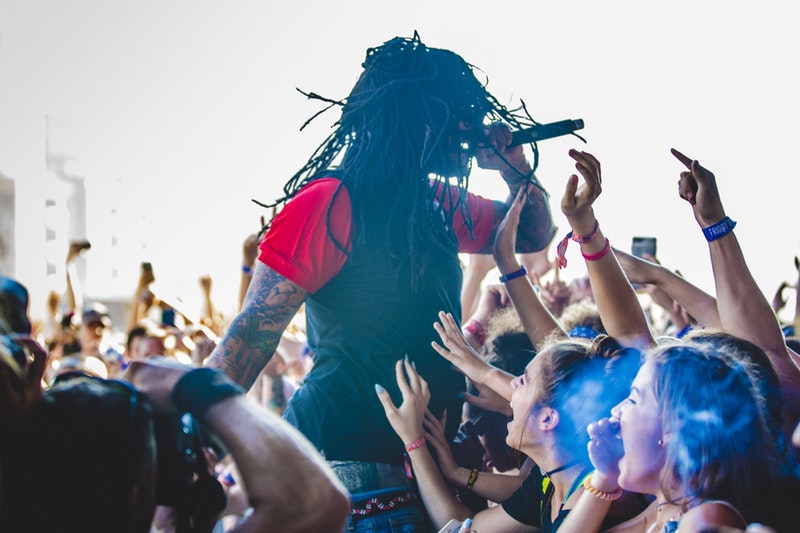 Cage the Elephant was our personal highlight of the weekend; the native Bowling Green, KY band played on the Mast Stage to a booming crowd of both Kentuckians and travelers. Every song played during Cage the Elephant's set was a high-energy performance from front man Matthew Shultz, who thrashed around on stage for over an hour. We overheard many fans comparing his performance to Mick Jagger of the Rolling Stones. With songs such as "Come a Little Closer", "Cigarette Daydreams", "Ain't No Rest for the Wicked" it was truly a legendary Forecastle Performance. As the sun set on Friday night, Rap duo Run the Jewels heavy beats made way for the dreamy electronic dance music of duo Odesza. Odesza closed Friday night with an amazing light show.

Saturday, we took extra time to explore the festival grounds and get a better feel for all that Forecastle had to offer. There were many food trucks, liquor establishments, record stores and other entertainment outlets to experience when not listening to the live music. There was a rock climbing wall, party cove, upscale bourbon garden, and many food selections. We were very happy to see plenty of water refill stations, and Nalgene was selling their signature bottles filled with ice. In contrast to other festivals, Forecastle security allowed attendees to bring in LED lightsabers, hammocks, hula hoops and signs to bring flare to the weekend crowds. 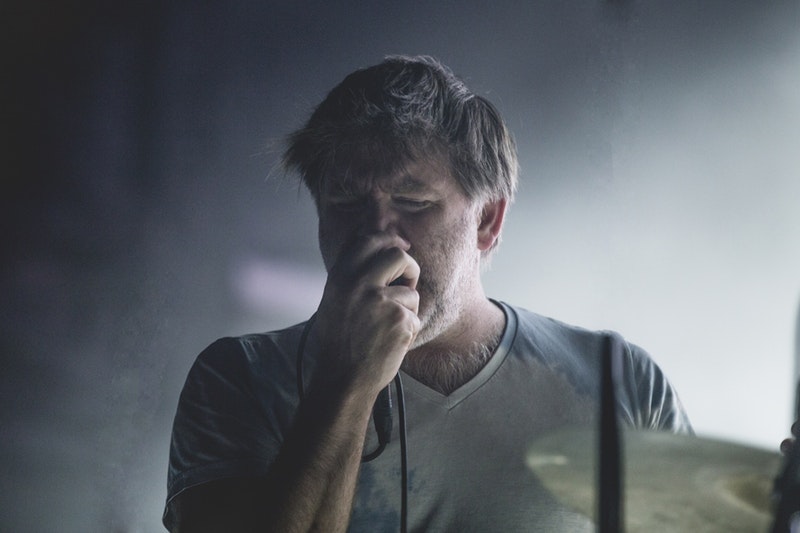 The second day was packed with crowd-pleasers such as K. Flay, Nathaniel Ratliff and the Night Sweats, Judah and the Lion, Phantogram and Sturgill Simpson. These bands are all currently popular and touring regularly, while veteran act LCD Soundsystem received a Grammy nomination for best dance recording in 2005. Our favorite LCD Soundsystem song of the night was “Trials and Tribulations,” which was an energetic, funky explosion. Their performance was incredibly surreal and picture perfect, to the point where we felt like we were living in a movie. 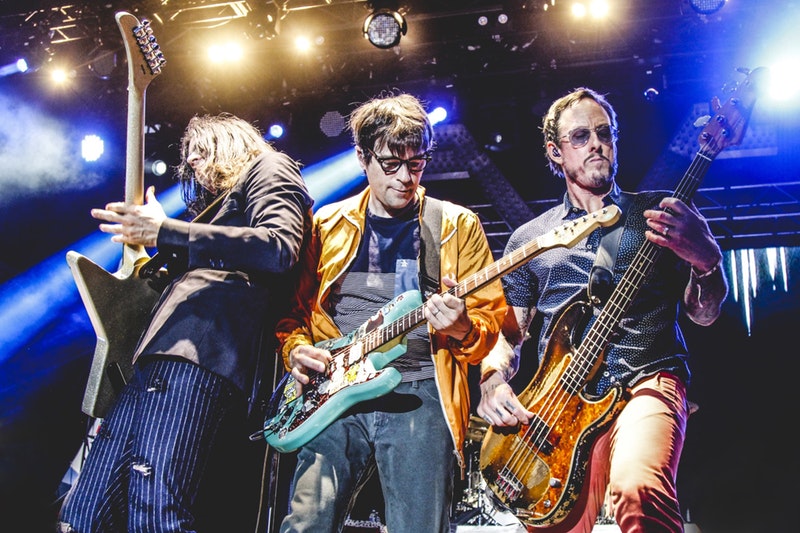 The third day of Forecastle Festival ended with strong performances from festival veterans X Ambassadors, Conor Oberst from Bright Eyes, and STRFKR. The final show of the weekend was the legendary rock band Weezer. This is one of our favorite bands and was one of the main reasons we were so excited to travel to Louisville. With a career spanning from 1992 to present, they played countless hit songs for the crowd to sing along to. We couldn’t have asked for a better band to end our stay in Louisville, Kentucky. This was our first 3-day weekend at Forecastle Festival and it has found a special place in our hearts and as one of the best music festivals we have ever been to.

Travis Brandner is a nurse and photographer living in Cincinnati, Ohio. He enjoys playing retro video games, vinyl, and cassette tapes. Travis goes on as many trips around the country as possible. Travis probably wants to be your friend, so please say hello to him.