In a speech in 1966, Robert Kennedy said, “There is a Chinese curse which says 'May he live in interesting times.' Like it or not we live in interesting times. They are times of danger and uncertainty; but they are also more open to the creative energy of men than any other time in history.” If you paid any attention in history class or are a fan of pop culture you know how incredibly apt his statement was to that era. Civil unrest, war, clashes between mainstream culture and a newly vocal counter culture and music, so much music with themes that were political, ideas of a utopian society, and themes of all kinds of love. Literally an outpouring of creative renderings and a major challenge to the widely-accepted status quo. Here we are in 2017, and we again find ourselves in terribly interesting times.

I met up with Jimmy Snowden, who most know as Jims, and in heading back to the outdoor patio where we were going to do our official interview, something triggered a brief conversation about the recent election, the current state of things and how unnerving and surreal it all seems. I expected to do the standard “tell me about your new project” type interview but things took a different twist than I anticipated and it was both encouraging and interesting. Maybe conversations right now just tend to do this? Maybe the state of our nation causes people to tune in more, to seek out others who share their feelings of concern? I’m not sure. 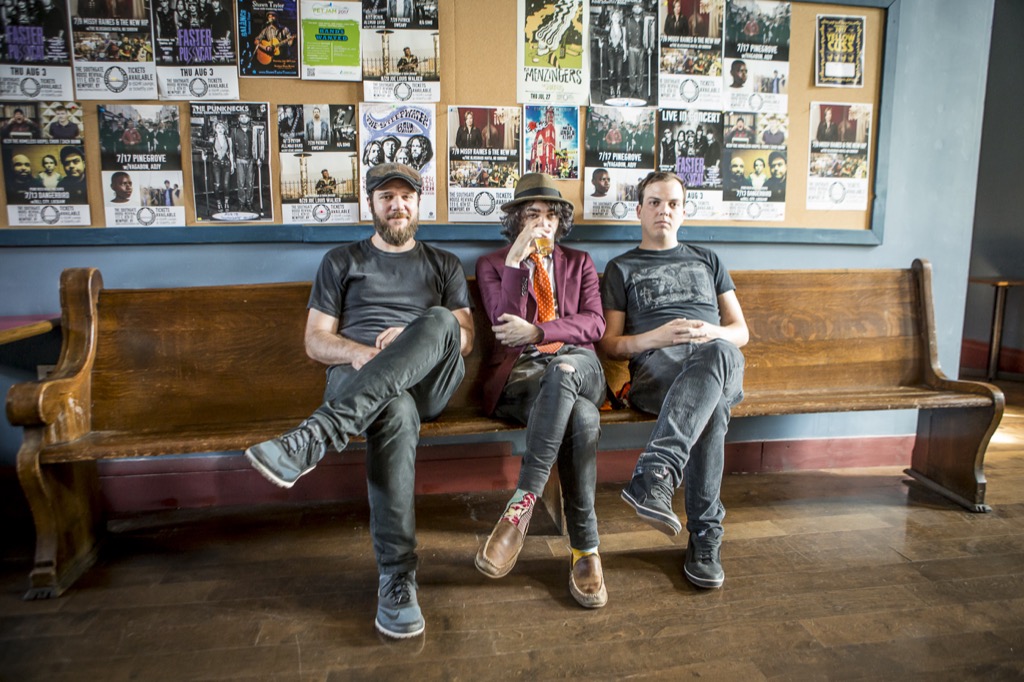 Jims immediately defined his bandmates; Adam Weeden (Bass) and Aaron Sarbeck (Guitar, Keys), as his best friends and he spoke about a feeling or way of life they are creating for themselves that they hope others embrace. I, of course asked about the band name, Mandereenians? What the hell does that even mean? Are we talking about those baby oranges? Nope, okay, well sort of. It’s a little deeper than that. Jims explained that in his apartment they have the mandarin room (the walls were painted “mandarin” per the paint swatch). With intention, this is a sacred space where people can come and just be joyful, be themselves and be with other people who care. It represents a “Culture of Love”. They play and create music here, hang out late nights after the bars close, hoola hoop, play records of influential heroes (the walls are covered with relevant albums, from The Clash to Michael Jackson) and basically just have peace and happiness. The band dubbed themselves “Mandareenians” as a reminder of this frame of mind. They even have orange bandanas they sell at shows as a reminder to people to love each other. As Jims said, “to treat people with respect and grace.”  This is the foundation of the band and a theme at their shows, and it also spills into the new album. But make no mistake, this ain’t some hippie protest album, it’s something entirely different. 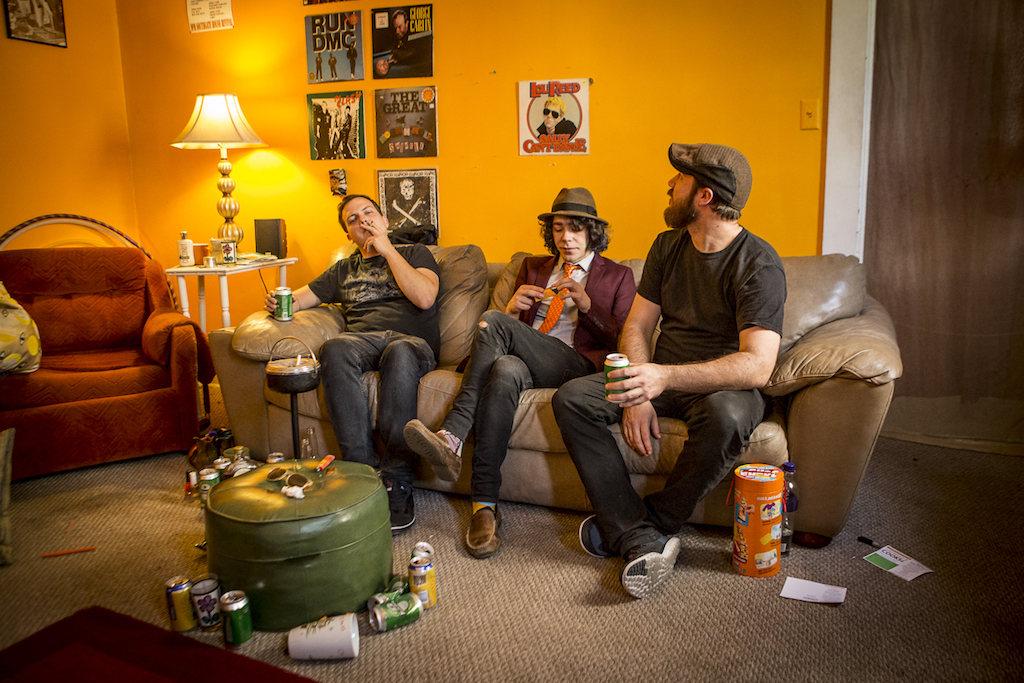 The genre is hard to nail down. Jims calls it space punk. It’s got elements of post punk, indie pop, world music and even hints of reggae and ska. When I listened to the album I definitely got “coming of age” themes. Some of the tunes center around youth; late nights, coming out of a first long-term relationship and all the changes thereafter, making your choices and standing by them. My favorite track, “Picking” is a great tune about finding your truth. “I made it up, I made it out. Life goes on, now I see…”   There is also a theme of gratitude. “City Gleams” is a relatively simple acoustic based arrangement. In its refrain Jims sings “I’m a lucky Mandarenian”. Just being grateful for friends and people in his life.  The music throughout the whole album is uplifting. Some songs are pretty rocking. The band is tight but not overly so. The album was tracked in one late night session at Buzz and Howl (Portland). Stan Wright and Derek Leisy engineered and did the mixing. Jesse Sinopoli, who is new to the Cincinnati music scene, handled the mastering. The tunes fit together nicely, but it certainly won’t leave you bored. It’s a fun listen. 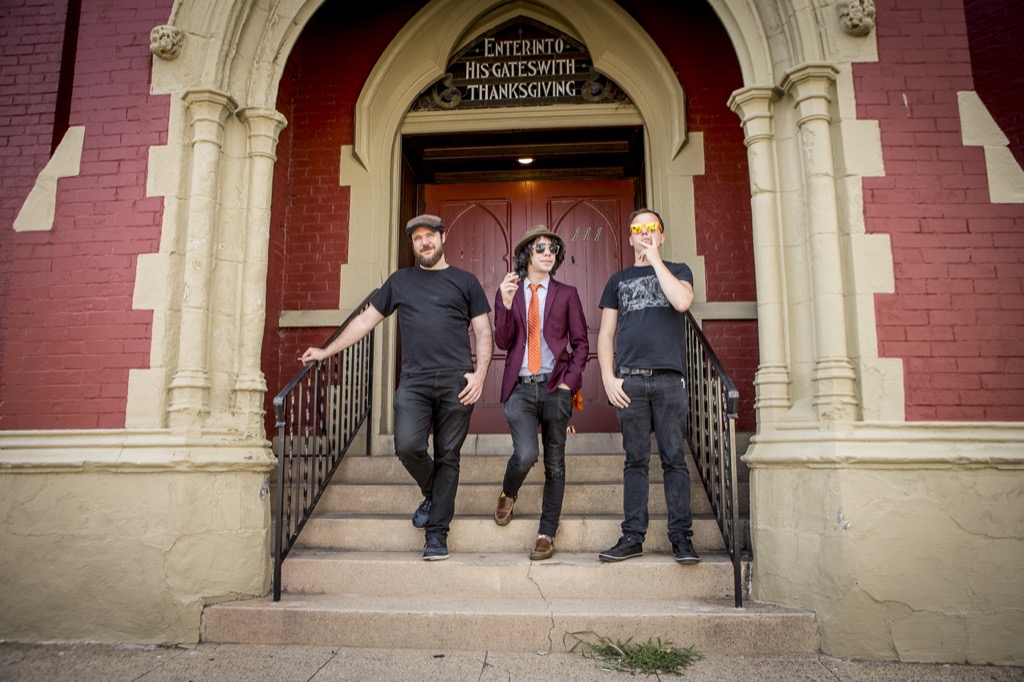 The fellas will be doing a regional tour throughout July, but will make a local stop at The Southgate House Revival on July 14th to celebrate the release. They will be part of the monthly Punk Rock night with Arlo McKinley, Calumet and Symptoms upstairs in The Revival Room.

We do indeed live in interesting times. Maybe an orange room, or a song or even a way of life, like becoming a “Mandareenian” can help get us through. I don’t know about you, but music has certainly saved me many times. 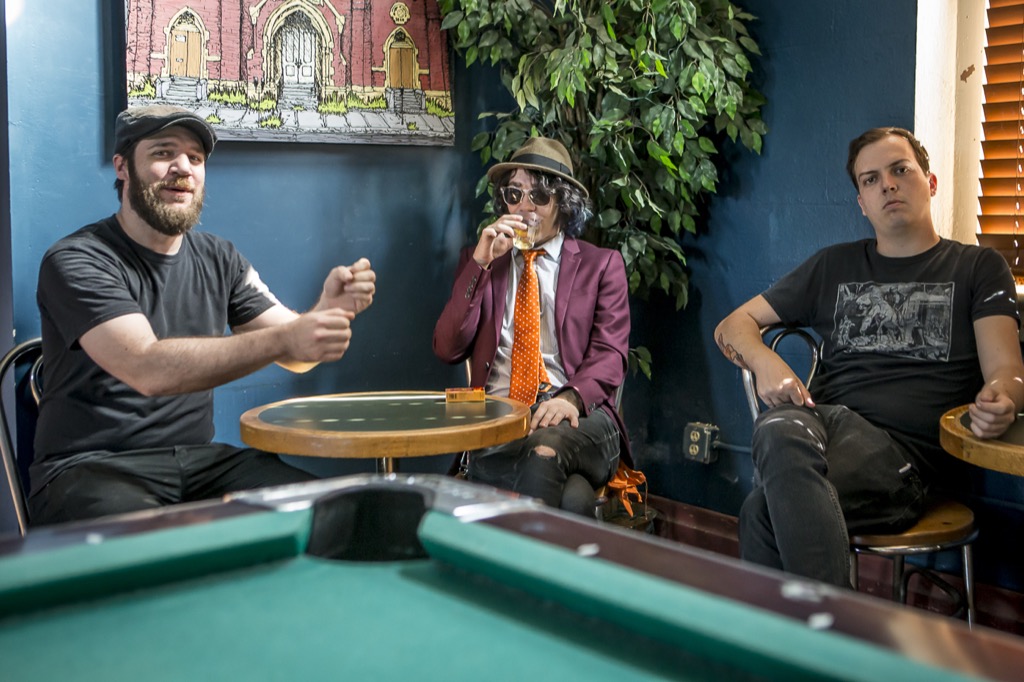 Kelly Thomas has long been referred to as the first lady of Cincinnati country music, but don't tell her or there'll be no living with her. Thomas has been part of the local music community since 1998 with several bands, collaborations and projects. She is currently with Wilder and The Tammy WhyNots. Likes: big hair, wine, and kissing babies. Dislikes: small talk and snakes.