I had the pleasure in getting to know these fantastic Canadian lads over the last year and they are a joy to be around. Arkells are the type of band that you’ll want to dance the day's’ stress away. Pump your fist in the air when hear them during a sporting event. Max Kerman is the sort of frontman that is very mindful of the energy he projects. He always has a smile for you. He always wants to sing for you. His heart is always yours. 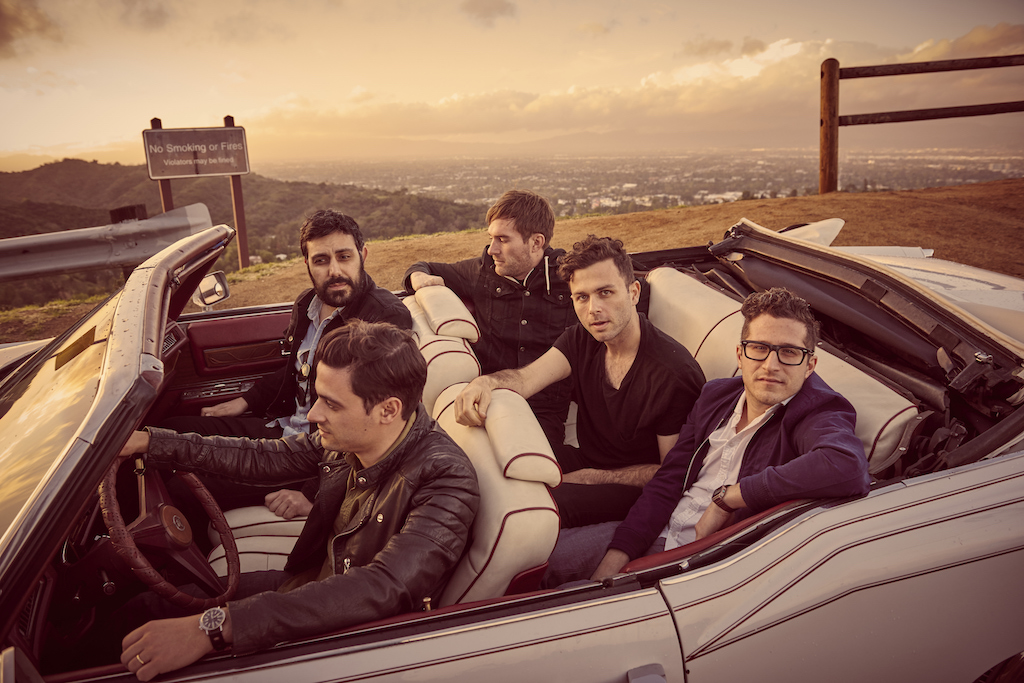 VV:The last time you performed in Cincinnati was a sold out show at Bogart’s in January 2017. I’ve watched you pull a Green Day by bringing a stranger on stage to play guitar on a song. Risky! You jumped down into the audience and sang in their faces, determined to make the evening a group effort. What is it for you about urging the audience to be an equal participant?

MK: I think our kind of Rock n Roll show is a community affair and works best when everyone is contributing. You gotta bring something to the party. It's way more fun like that. I'm constantly trying to breakdown the imaginary barrier between the band and crowd, and to have a truly unified experience.

VV: In Canada you’re performing in arenas, in the USA you’re quite not there yet. This summer you’re looking to introduce yourself to a wider American audience by the way of music festivals. What is your approach for performing at music festivals and how does that differ from your own tour?

MK: What we've accomplished as a band is the result of hard work and persistence. The only way we know how to grow our shows is to keep showing up. Keep playing. We had a head start in Canada and we're grateful for everything we've built. In the US it's the same blueprint. Keep showing up, and keep delivering your best work. 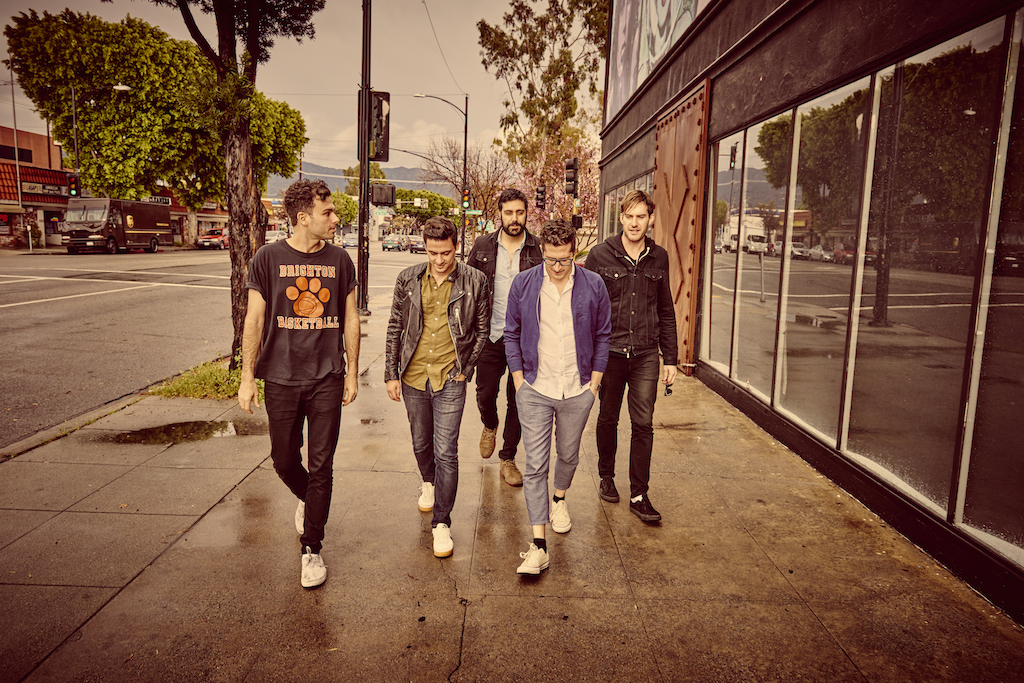 VV: Cincinnati will get their chance at Bunbury Music Festival! The last time we talked about the music scene the Queen City holds, you came prepared. I waxed poetic about King Records and The Afghan Whigs, you knew The National and Walk The Moon. You expressed interest in doing something special. Will there be some sort of surprise for Cincinnati?

MK: I did love the history lesson you offered that night. We'll see if any local inspiration hits during our set.

VV: Cincinnati does get a treat in two Arkell shows! Saturday night, June 3rd at Jeckyll the Arkell’s will perform at the Bunbury After Party. Sunday, June 4th is the Bunbury set 3:00 PM CVG River stage. 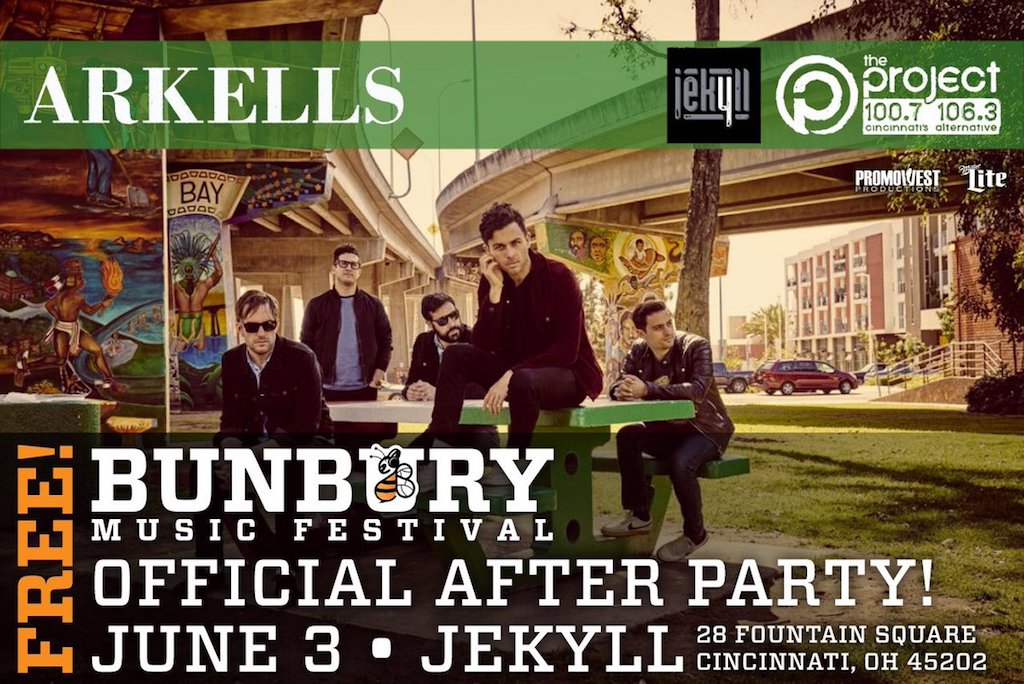 VV: Do you have a compulsion to create or does it come casually? You’ve stated that you like to write songs about the people in your life. Is songwriting a method to understand the world around you or are you more interested in the storyteller aspect?

MK: I think it a bit of both. I think writing makes me dive in and really think about my community and the lives of people around me. I also revere storytellers, and songwriting is the constant pursuit of trying to creatively tell a story that's worth sharing. 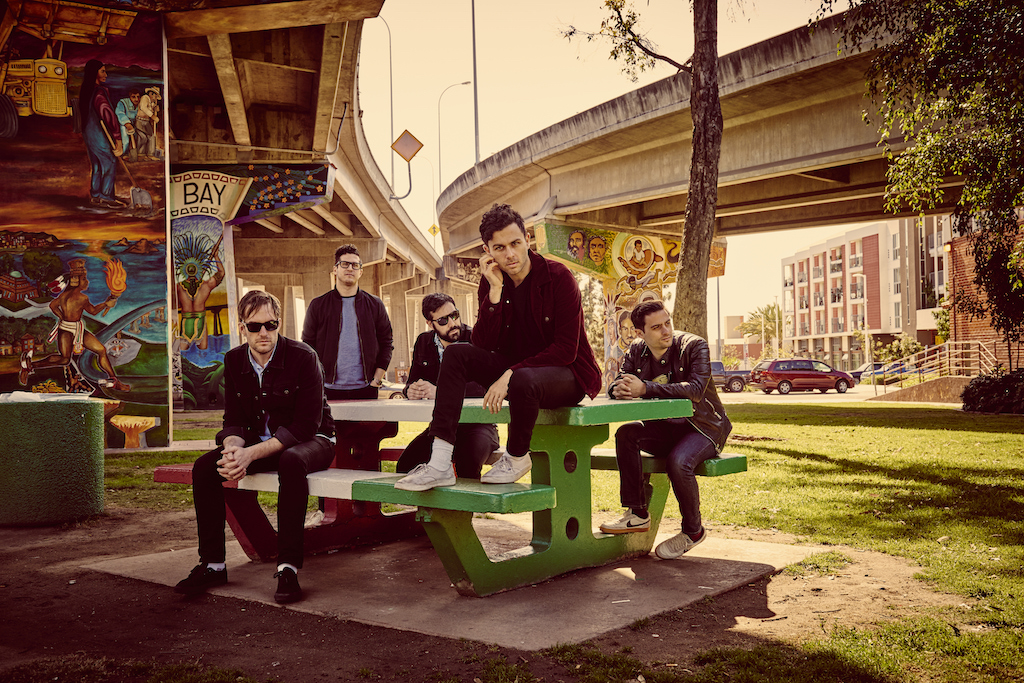 MK: I think most of what we do is a reaction to the last thing we did. On Morning Report we experimented with all aspects of the music, including my vocal delivery. Private School​ is quite lazy. Drake's Dad​ has a bit of drawl. On Knocking, I think the song was a reflection of the live show, and the energy we put into those performances.

VV: I like that your musical curiosity leads you in different directions. Will we find the next Arkells record to be a departure from Morning Report like Knocking at the Door or a continuation where you left off?

MK: Who knows where we will land, but I'm quite interested in dance music at the moment. That's what's been on my mind lately. 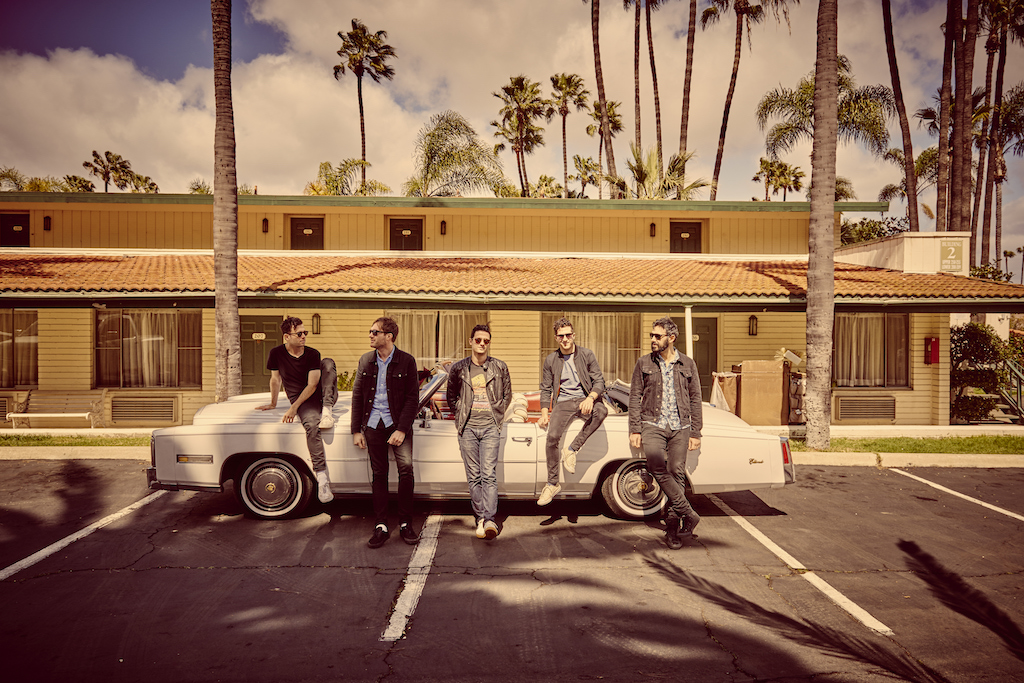 VV: My mother fed me a diet of Motown & Stax. My Singer boyfriend is Otis Redding. For me one of the attractions of your music is that soul-like timbre to your voice. Did you get into soul when you were a kid or was that something you came into adulthood and identified with the working class nature of American Soul?

MK: My dad went to school in Detroit in the 60's and we had tons of Motown LP's around the house. I have memories of listening to​ Tracks of My Tears​ by Smokey and thinking it was the most beautiful thing I'd ever heard. That music is very much part of my DNA.

VV: We live this rock n roll life, so we inevitably have things in common. However, you and I have something that I usually don’t encounter; I have a radio show and you have a podcast, Mike on Much! What struck your interest in engaging in that kind of adventure?

MK: As I mentioned earlier, I love storytellers. I love people who are good talkers. I probably listen to 20-30 hours a week of podcasts. It's my favorite medium. The Mike On Much​ podcast is hosted by my friend Mike Veerman and the framework of the show borrows from some of my favourite shows - Slate's The Gist / Political Gabfest / WTF / Axe Files. I'm compelled to do it for the same reason I write music: I love it so much, I want to try to make it myself.

VV: I recently crushed the Ken Burn’s series, The Roosevelts​ and WaPo’s Presidential podcast. I know you were enjoying The Axe Files​ hosted by President Obama's Senior Advisor David Axelrod, What’s your political indulgence at the moment?

MK: Axe is the best. Ezra Klein podcast is also top both.
VV: And finally, who will win the fight over baseball boyfriend Joey Votto, Nick or me? And which city will win any sports championship first, Cincinnati or Toronto?

Venomous Valdez became an underground warrior in 1999 broadcasting Indie Rock bands live from their gigs around town on WAIF FM Radio. She went on to spin Cincinnati music for WEBN, WNKU and now, The Project. She also engineers Midpoint Music Festival, Music Director for the Western Southern Open, works at Riverbend Music Center, Bogart's, tours with bands and occasionally writes for us. She has managed and elevated local bands like Wussy, The Sundresses, The Host and many, many more. She is legend.