As SXSW carried on inside Austin, it was certain that this train of a week had no brakes. I was already running between shows around downtown around 3 P.M. I started at the convention center on Wednesday, where I saw London-based electronic group, The Japanese House. SXSW is great because it forces you to listen to bands you said you would eventually get to by mass exposure. I always said I would try and listen to The Japanese House at some point but was never able to. If I didn’t see them that afternoon, I would probably run into them at the two others shows they were set to play.

One of my favorite performances of the week had to go to the band immediately following The Japanese House, as well as one of the most buzzed artists performing at SXSW, Real Estate. This set was extra special because they played the majority of their then unreleased album, In Mind. This was one of the first shows too with new guitarist, Julian Lynch. Julian adds a completely new vibe to his playing style, leaning on more psychedelic effects, but it still doesn’t take away from Real Estate’s distinct laid-back sound. Their album In Mind finally released yesterday. 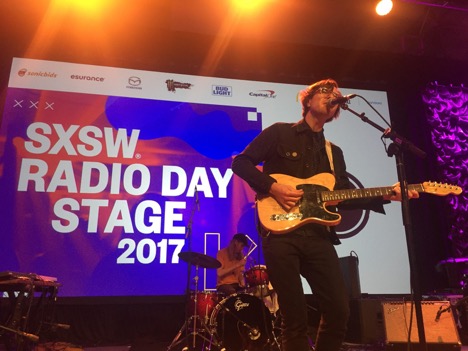 Real Estate
I shuffled my way through the streets of people, to see one my favorite live acts, Hippo Campus.  This would be the second time I’ve seen them in two months, but the first since releasing their new album, Landmark. After their incredibly energizing set, it is clear that Hippo Campus are going nowhere but up. They sounded so tight and clean, it’s like they have been playing together for decades.

I closed Wednesday night by seeing someone a bit off the beaten path from the usual Indie-Alternative. His name is Danny Brown.  He is an experimental rap artist from Detroit. He released one of my favorite albums of last year, Atrocity Exhibition. The album is so aggressive and unpredictable and so was his show. It was also his 36th birthday that day, so Danny was even extra energetic, which I was surprised that he had anything already extra inside him.

I spent much of the day Thursday exploring the city of Austin more, saving the concert-going for the night time. Austin’s metropolitan area really isn’t that big. Everything is in walking distance, which great knowing the fact that Uber and Lyft are banned inside the city. But worry not, Austin has a great public transit system that runs through the city, and if you want to be extra quirky, there are a multitude of pedicabbers that circumnavigate the city as well. I walked around many of the different neighborhoods, eating Austin’s famous barbeque, as well as going inside local shops and meeting the natives.

As the evening came, I made my way back to the epicenter of SXSW, 6th street, where I stopped and saw one favorite “unknown” bands, the fin. They are a four-piece indie-pop band from Japan that make an incredibly catchy tune. I was impressed by amount of people that showed up to their set, nonetheless it was reassuring that they have a fan base in the US, or people in Austin just love discovering new music. 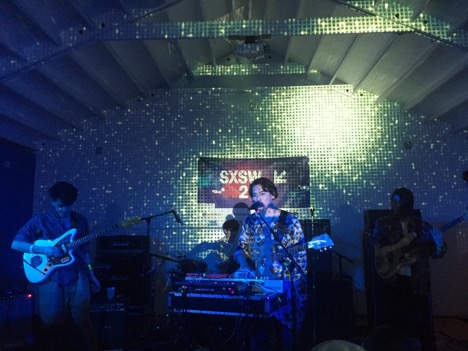 The fin.
I immediately left after their show ended to get in line for the Future Islands at the already heavily populated Pandora Stage on 6th street. I have only seen videos of their shows at the time. I heard they are just as jaw-dropping on video as they are in person, so I made it arguably top priority to see them live, and I am so glad I did. Lines stretched across the building by the time I got in. There was a special buzz in the crowd even as Future Islands started to sound check. Everyone had the mutual understanding that they were about to see something special.

In closing, Future Islands put on one of the most spectacular shows I have ever seen. The show cements vocalist, Samuel Herring as one of the best frontmans of our time. Herring performs with so much passion and motivation, as he croons and fervently dances around stage. It doesn’t seem like an act when he performs. Though some may think his on-stage antics are a bit too dramatic, you can tell inside his sobering lyrics that these are real emotions that he is feeling, and he is doing all he can to emit these emotions in an empathetic manner on stage. 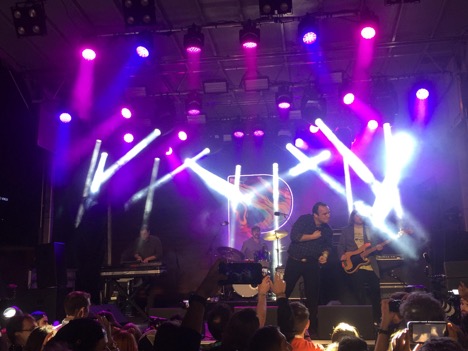 Future Islands
I have two more days in Austin, with plenty of music left to see, so be on the lookout for a final recap of SXSW!