The Ridges, who have been in Cincinnati quite a bit these last couple of months – first, opening for national act Ra Ra Riot, then again the following week with Cincinnati’s own Indie Rock upstarts The Yugos – are excited to return to town for MPMF as part of CincyMusic.com’s own showcase stage at Mr. Pitiful’s. On Saturday, they’ll be sharing the stage with Detroit’s The Kickstand Band, Kent/Akron’s Bethesda, and headliners Birds of Chicago, from, you guessed it, Chicago.

Admittedly, there’s a lot to take in at something the size of Cincinnati’s MidPoint Music Festival. It can be a bit overwhelming. In the spirit of event – seeing and sharing the bands you’re passionate about, and, ultimately, new music discovery – we’ve asked Athens, Ohio’s Indie Folk ensemble, The Ridges, for a few suggestions on how to approach this year’s festival.

“I recommend the blind luck approach,” says Vic Rasgaitis, vocalist/guitarist. “Pick something random from the lineup. Pop in to the venues that you were planning on walking past. Be spontaneous and open-minded. That’s what MidPoint is all about and this year’s festival is full of incredible bands that most of us have never heard of. It’s going to be awesome.”

Vic was kind enough to pick his most eagerly anticipated bands from each night of the sprawling 3-night ode to all that is Indie. The list, much like the festival itself, represents a great variety of bands from across the Indie Rock spectrum. Here are a few bands he recommends checking out each night, and why:

“I first heard these foot-stomping Missouri folk rockers on Anthony Bourdain’s No Reservations and, honestly, I was sold right there. As if Bourdain’s endorsement wasn’t enough, The Usual Suspects – featured on the show – is one hell of a great song. I got to experience their uniquely Ozarkian sound first hand when we opened for them on fountain square for last year’s MPMF Indie Summer series and I was blown away by their indie blend of folk and Southern rock. Fun, charming and full of life, I’m looking forward to seeing these guys do their thing again on Thursday night… Who knows, if we get the change to hang out and catch up, maybe we can take a page out of the No Reservations book and introduce them to Eli’s BBQ (it’s life-changing).”

“One of the best live shows I’ve seen in years, I unwittingly tagged along with some friends to a Kishi Bashi show at Mayday last October, not knowing what to expect, but then… This incredible violinist’s delightful use of live loops, undeniable indie pop hooks, honest vocals, subtle Japanese pop references and occasional beatboxing (yes, it was as awesome as it sounds) left me thrilled and grinning. Rarely have I left a show with such an uncontrollable need to purchase a record, but I had to hear "It All Began With A Burst" again… and again… and again. Needless to say, I can’t wait to hear it one more time live at my most anticipated showcase of the festival. What’s more, K is bringing a backing band to MPMF that features both space banjoist Tall Tall Trees and indie darling Elizabeth & The Catapult – either of which would be a great show in their own right. Don’t you dare miss it.”

“Get Lucky” is great (obviously). Say what you want about “Blurred Lines.” And that Miley Cyrus song is… whatever (who cares?). The truth is, if you live in Cincinnati, the song of the summer was “Be Mean.” If you didn’t know that already, this is your chance to squeeze the last couple of punky-poppy-sassy-hooky moments out of summer before fall takes over. Cincinnati’s Tweens is a breath of fresh lo-fi air and you’re going to be hearing a lot about them – if you haven’t already.”

No matter where you choose to spend your time at MPMF this year, you’re going to be inundated with incredible music, fantastic food, and great people. So go forth and keep your ears open, friends, and be sure to stop by Mr. Pitiful’s and see what has CincyMusic.com so excited. 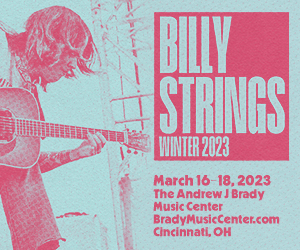