Joe Walsh is a man of the 70s and now is a man in his 70s. He walks slowly and deliberately. Sometimes he needs help hearing. However, with a guitar in his hands, he still showed everyone why he's a rock legend.

It was towards the end of the night, Walsh in his shiny suit jacket reflecting the spotlight. Joe Walsh played one of his most famous licks, from “Life’s Been Good To Me So Far” and it was pure magic.

Joe Walsh led his sixth annual VetsAid, at Nationwide Arena on Sunday, a musical ode to veterans with all of the proceeds towards different veteran organizations and affairs.

"I'm a gold star kid myself," Joe Walsh said, "I knew I had to do something and seeing as though rock and roll is what I do best. It's the least I could do for those who serve and continue to serve."

Between sets, veteran organizations were honored and told powerful stories that reminded me of what Sunday night was really about, supporting them as they have massive sacrifices. Just hearing the stories were such special moments in a night that honors and supports them.

Each year is in a different city to give aid to new groups, this year was in Columbus. The lineup was made up of Ohio based artists with Joe Walsh, The James Gang, Nine Inch Nails, The Black Keys and The Breeders. Every once in a while Dave Grohl would make his way on stage.

“It's the best of the best that Ohio has to offer,” Walsh said.

The opening set was The Breeders. The Breeders to me has always seemed like an abstract piece of art. It's like a delicate, beautiful mess. There's a dichotomy of Kim Deal's unique pacing to the band's driving sound. It came through even more so during their set.

As the set moved towards its epic conclusion you could tell the volume had been slightly raised. This was felt in the opening bass line of "Cannonball." I could feel the base in my spine and was a genuine rush of excitement. While "Cannonball" got the crowd enjoyment, Dave Grohl got them standing up when he came out to play The Pixies, "Gigantic." It was the first Dave Grohl surprise. 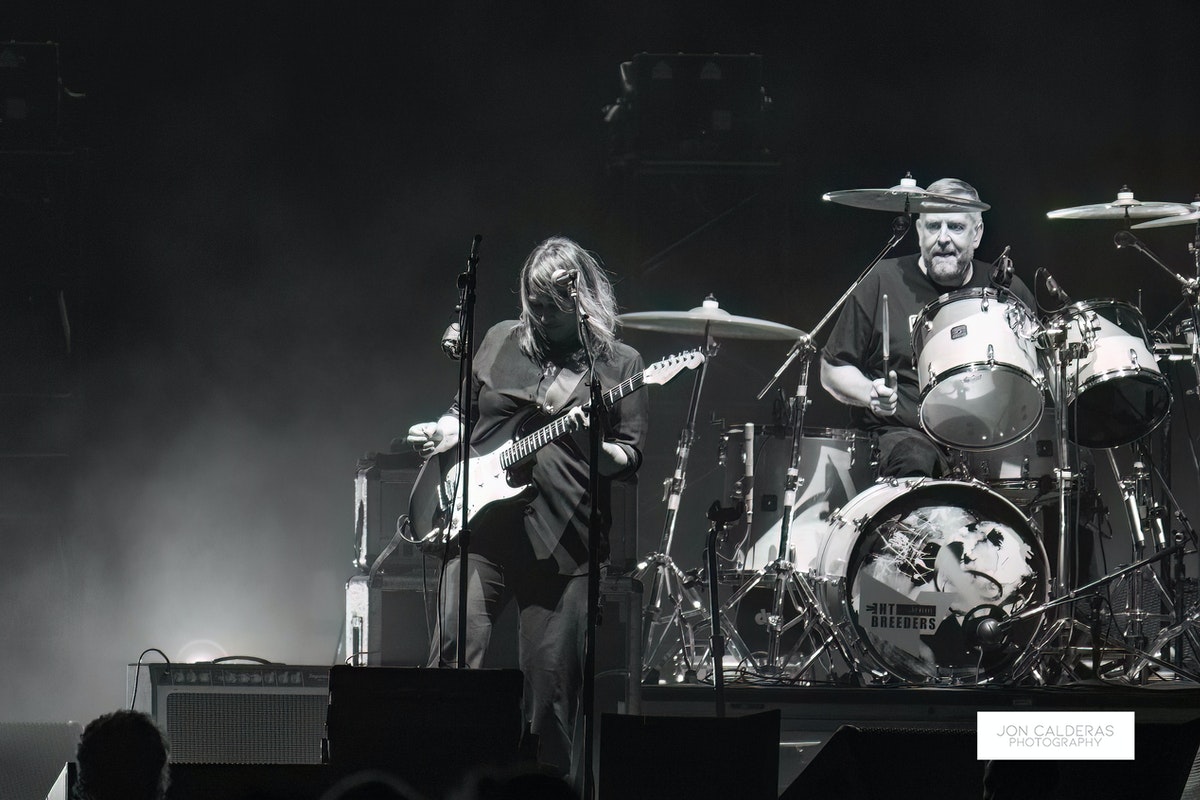 The James Gang absolutely blew me away from the moment they started playing. Much of the show was the band jamming and it was perfect from man who wanted to play loud. I mean "The Bomber" is a song that hits hard and hits fast and The James Gang fully brought it out.

Also, Jim Fox carrying the pace was just wonderful to see. While I can't speak on what it was like to see The James Gang in the 70s, I can say that this band still has it.

My jaw was on the floor during "Funk 49." Dave Grohl made his second appearance of the night playing the second set of drums alongside Jim Fox. Fox and Grohl played perfectly in sync as drummers and I couldn't take my eyes off them as my jaw had dropped to the floor in shock. 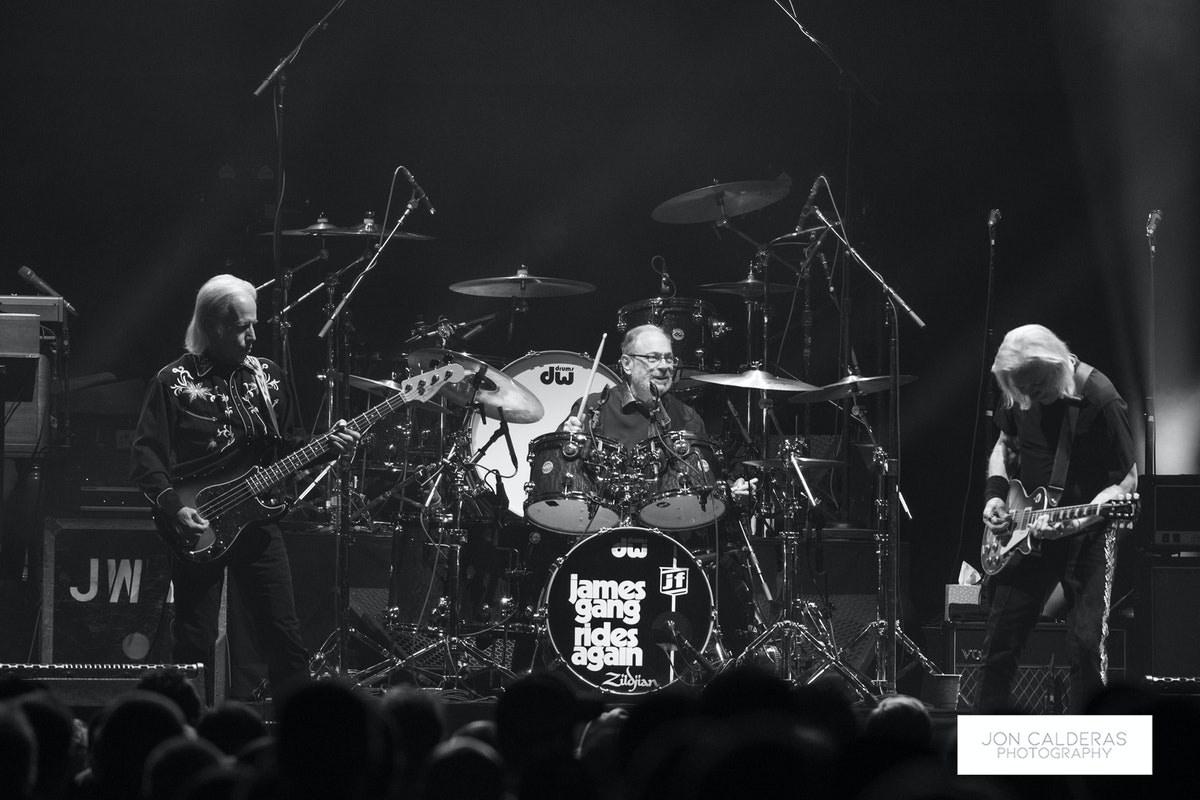 The Black Keys were exactly as I expected While they did lead off with some of their older work, they did play their most recent single, "Wild Child" off of their newest album.

"Little Black Submarine" was one of my favorite songs of the entire festival. Dan Auerbach lead off with a beautiful acoustic guitar solo before flawlessly transitioning into the softer part of the song.

As a fan, there's a few moments during a show that I close my eyes and just feel the music as it hits me. Nothing was more perfect than feeling the initial riff of Auerbach's guitar after falling silent in "Little Black Submarine." 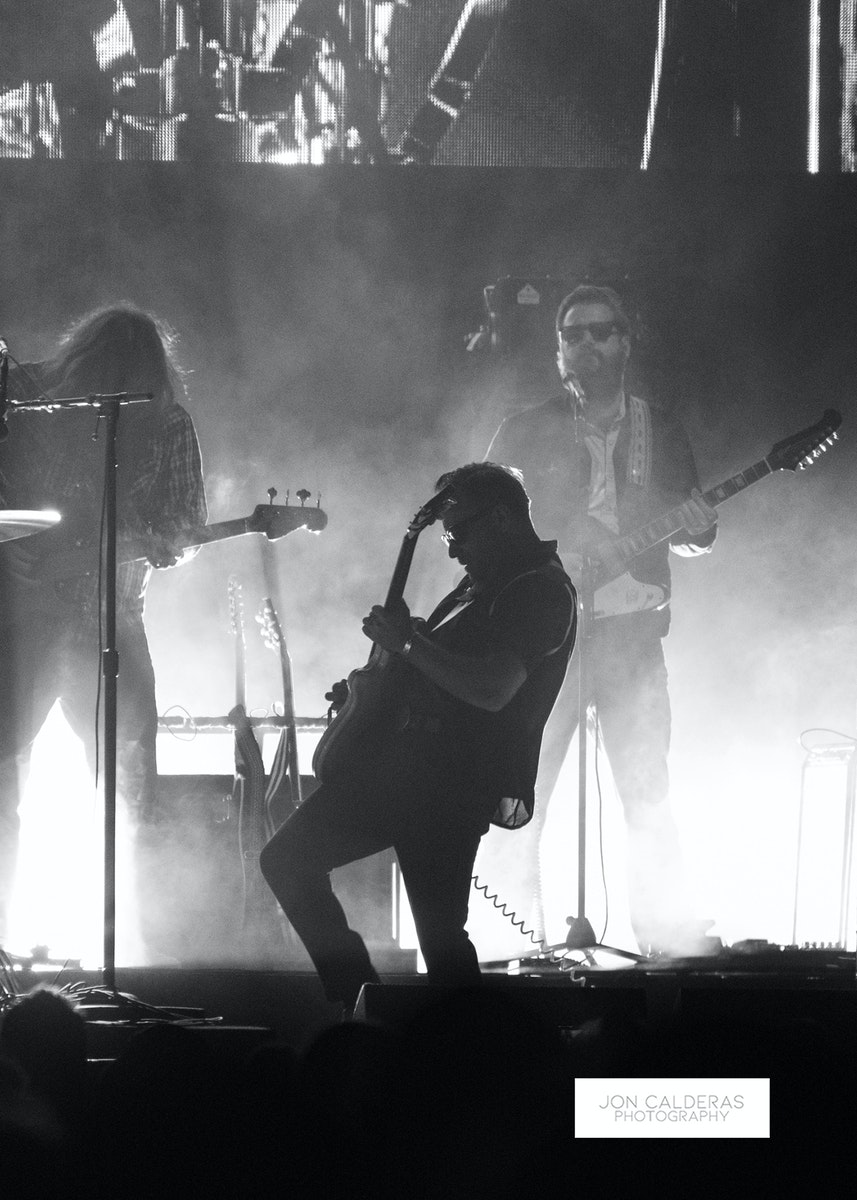 Of all the bands that performed, Nine Inch Nails was the band I knew the least about. However, other than Joe Walsh, their show was the crowd's most anticipated.

Their show was the most theatrical. My eyes felt like they were punched in the face when the show started. There was this massive white curtain that belonged onto a horror set providing the backdrop of the band's set. There were the columns holding 12 lights each creating a half circle surrounding the band.

I mean at one point one of the light crew members was physically swaying a light to give the singular dramatic lighting.

The electronic pulsation created a unique metal experience. It was like a nightclub I would want to be in a mosh pit for. But I don't want to take away from the voice of Trent Renzor. His voice and pace just added to the energy and he kept it going throughout the set. The drummer is unbelievable, and we love a great drum solo.

Song after song were just the explosions of music, by far the most energetic band of the night. But when they slowed things down, to play “Hurt,” the singing and the togetherness of the crowd was the most energetic. It was beautifully delivered to close out their set. 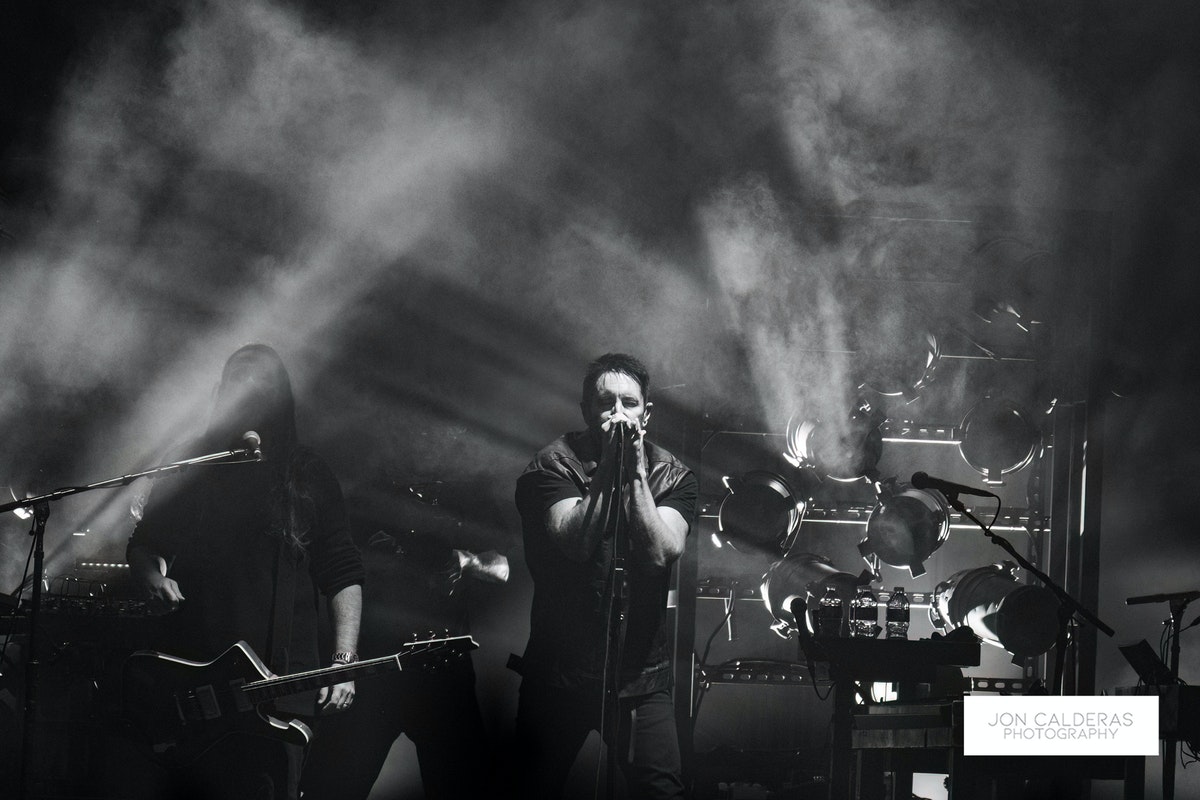 There are certain key songs that are expected when seeing Joe Walsh, and while I still thought the James Gang was my favorite show of the night, it's still wonderful to hear “In The City.” Joe jammed out during his final set. Dave Grohl came in and played guitar and drums along with The Breeders supporting vocals. It was the epic conclusion to a truly wonderful night.

It may have just been a handful of songs, but the jamming of Joe Walsh was so mesmerizing. Walsh wanted to play loud and make it memorable and he succeeded in both!

Ethan Clewell is a full-time substitute teacher, part-time Peter Parker. When he’s not tying shoes or helping kids count to ten, he is enjoying his time in the photo pit.