The Tedeschi Trucks Band 'Wheels of Soul Tour' rolled into PNC Pavilion on Wednesday night, and "soul" was the word of the night. The 12-piece ensemble brought soul to every song performed. A bit of country rock soul, Memphis blues soul, jam band hippie soul and gospel soul, was on the menu. You do feel that at some point you are in church and then a raucous guitar lead lets you know it's a real rock n roll show.

Led by husband and wife team of Derek Trucks and Susan Tedeschi, the band has formed a very tight musicians bond over the past ten years of constant touring to create more of a collective than a band. Trucks and Tedeschi, who are considered the heart and soul because their name is on the brand, give way to showcase each individual musicians' talent and seem to revel in each and every individual performance of their bandmates. Keyboard player Gabe Dixon, who's own band opened the night, was a standout. His shared vocals with Tedeschi, and soulful keyboard fills, bring the groove to a crescendo for the entire band. That can be seen on two of the new songs showcased on this tour. "I Am The Moon" and the instrumental sixteen minute jam masterpiece, "Pasaquan." These songs come from the ambitious new album, I AM THE MOON. 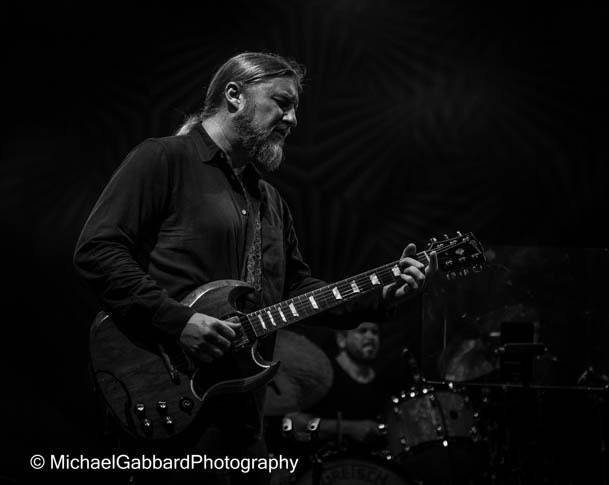 The new songs accompanied and complimented older, more well known live tunes like, "Midnight in Harlem" (still one of the best live concert songs I have heard in my 40 years of attending shows) and the ode to love, "Anyhow." 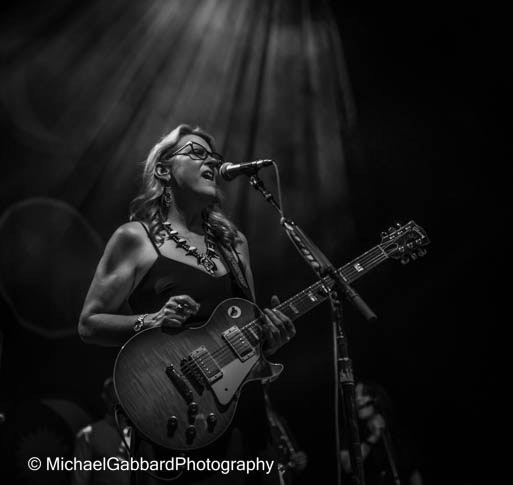 On Wednesday, Derek Trucks proved, once again, that he could be the most inspired slide player of any generation. But as no offense to Mr. Trucks, it is Susan Tedeschi that is the centerpiece and therefore the soul of this amazing collection of musicians. Her impassioned vocals, stellar inspired guitar leads, and her joy of watching the other musicians excel, plus her channeling her idol, BB King - take the evening to another level all together. Her pleas for love lost and found and the state of our union for women and young girls was the key to the soul of this band on this night, and proved once again as to why they are one of the best live bands out there right now!

I grew up in Cincinnati as a jock and evolved into an old throwback hippie. While playing college basketball at Wilmington College, I became obsessed with everything music. I have been in the radio business, on the sales side, for 25 years. I developed a love of classic country from my Dad and my love of Sinatra from my Mom. You can always find me at a concert on the weekends.