“Not great,” were the first words I read as I glanced down at my phone, just a few minutes before my interview with Veronica Grim. Oh no, I thought, that’s not a good start. I was brimming with excitement for the meetup with this lovely local artist I’d photographed and admired before but hadn’t gotten to know yet, and she was already stressed. As she emerged from her picturesque family home on the west side of Cincinnati, walking across the wraparound porch to meet me, I could tell from her flush she was battling anxiety. I knew the feeling so well it made my own neck tingle. It didn’t take long for Veronica to reset herself and relax with me but seeing her in that temporary vulnerable state made me love her so much more. This human relatability became the true theme of our day’s conversation, flowing from spiritual connections in music to the complexities of adult relationships and emotional evolution. 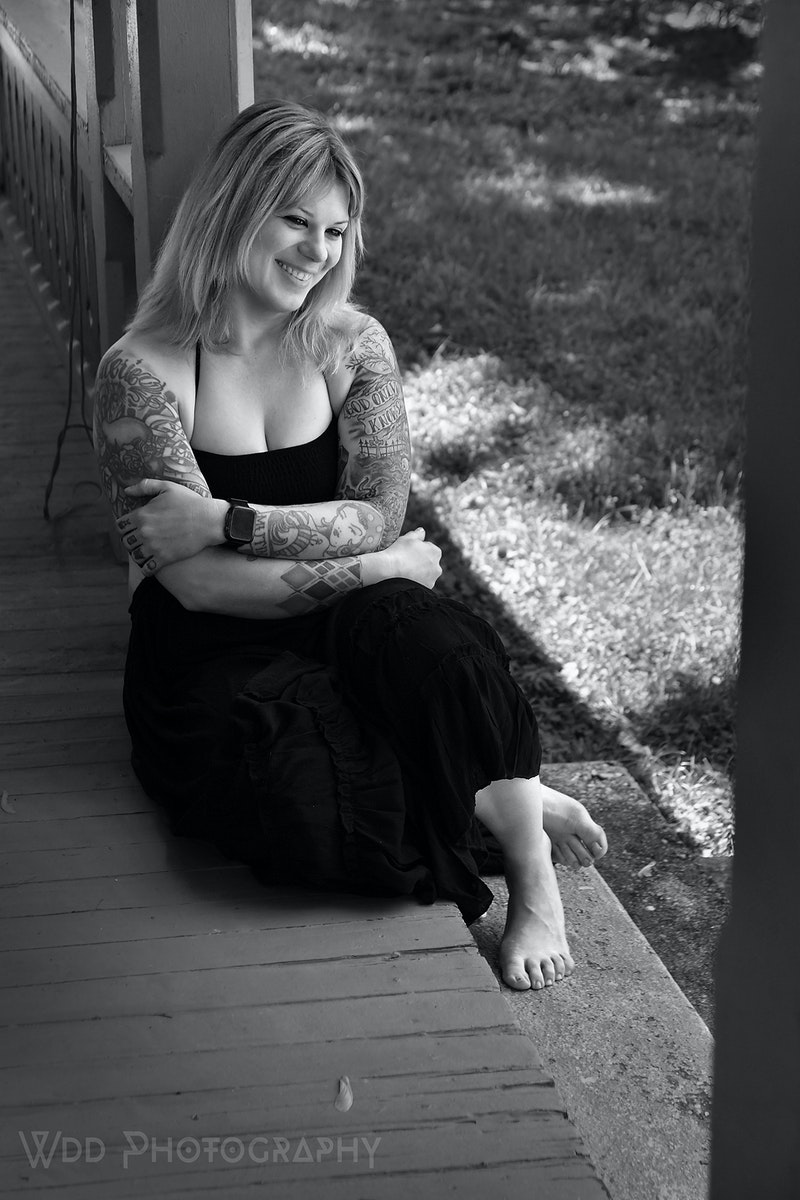 As we sat on the old porch, painted gray boards warm beneath bare feet, Veronica painted a beautiful picture of her childhood for me. I recalled seeing the thousands of books that filled walls of the home she’d grown up in, ranging from famous politicians to musicians and poets and so many more. 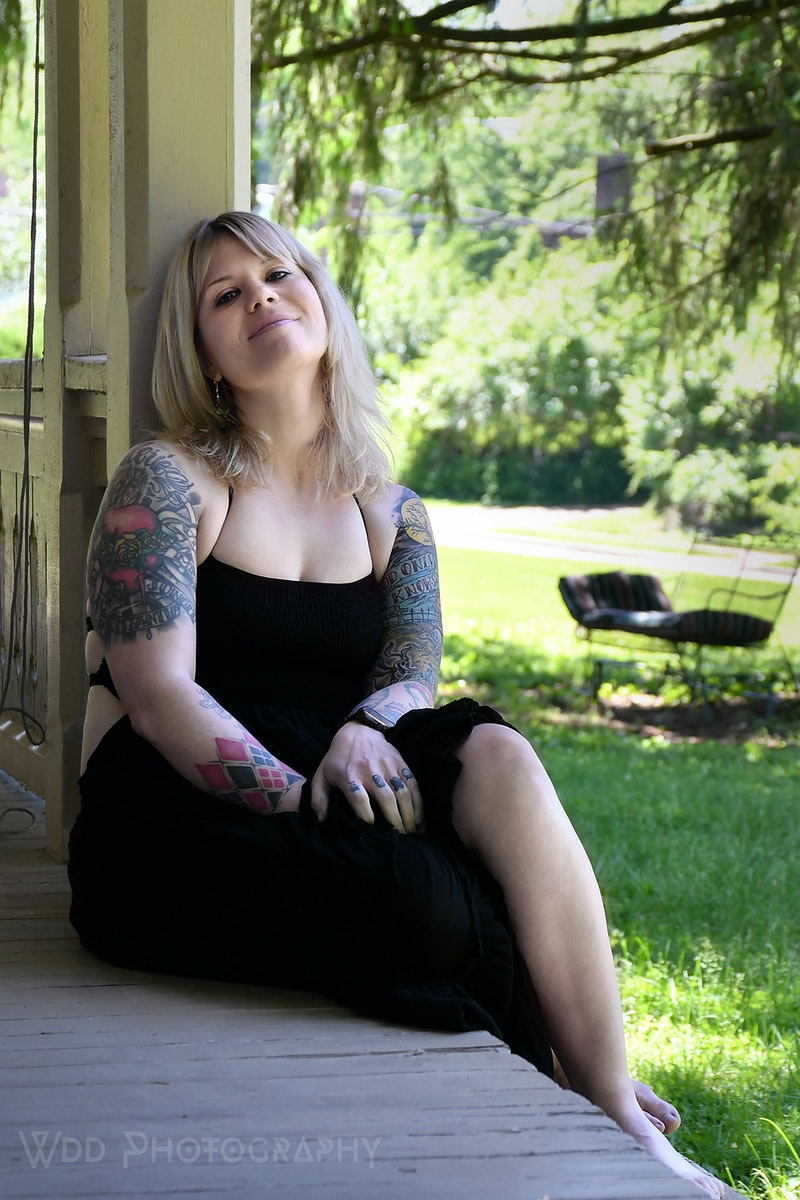 “As a teenager, I’d go to the library and stuff as many CDs in my backpack as I could fit, legally of course. All types of music. I found so many cool bands that way.” She also began writing poetry, her “stream of consciousness,” when she was a teenager, but it didn’t really evolve into music until she was in college. Veronica had started at Loyola in Louisiana but was tragically forced back up to Cincinnati when Katrina hit, where she then attended Miami University and truly began her musical career. 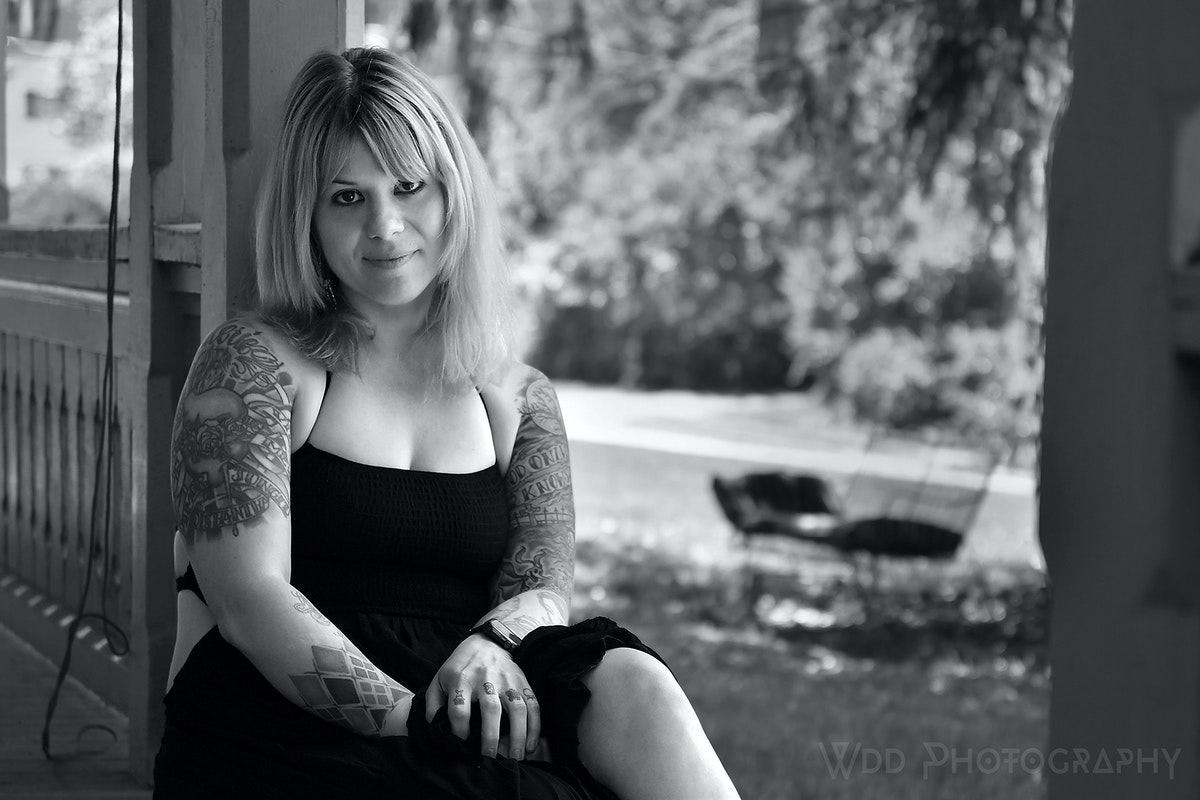 Upon her arrival back in Cincinnati, Veronica bought herself a “cheap black acoustic guitar,” named it Colorado, and began teaching herself how to play. As she wove this story for me, I watched any remaining anxiety release from her shoulders, a warmth softening her face. Like any good fairytale, there comes a pivotal moment in the main character’s life. For Veronica, this took place on “Hillbilly Thursdays” at The Southgate House, a perfect scene for a life-changing moment. On this night Ed Vardiman, local rock musician and guitarist for The Nailers, brought Veronica up on stage to sing the June Carter and Johnny Cash song “Jackson.” When a natural honeyed crooning poured from her lips “his eyes just lit up.” 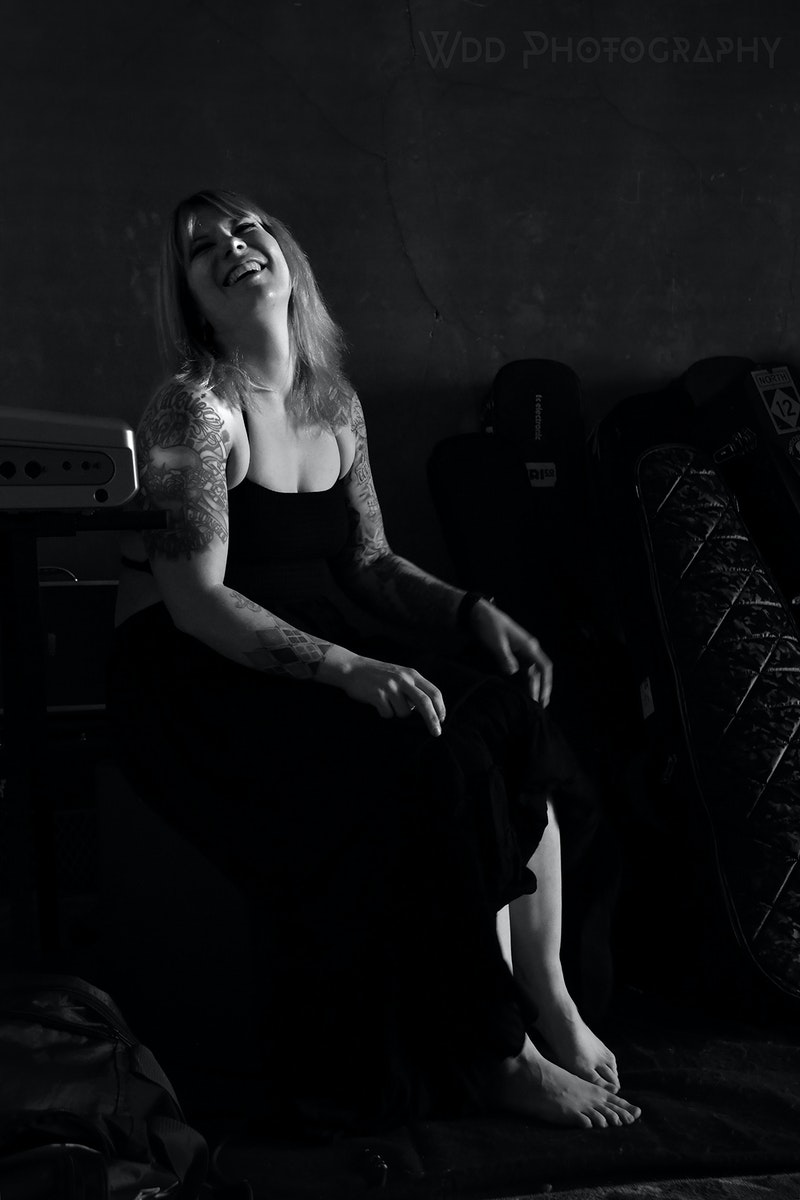 “When a musician I admired so much responded to my voice like that it just clicked.” She knew in that moment, sharing the stage with Vardiman and singing music that connected her to the crowd, that this was her calling. Since childhood Veronica knew she wanted to relate to people and bring them happiness, laughter, and compassion through her music, but this was the spark she needed to take herself seriously. 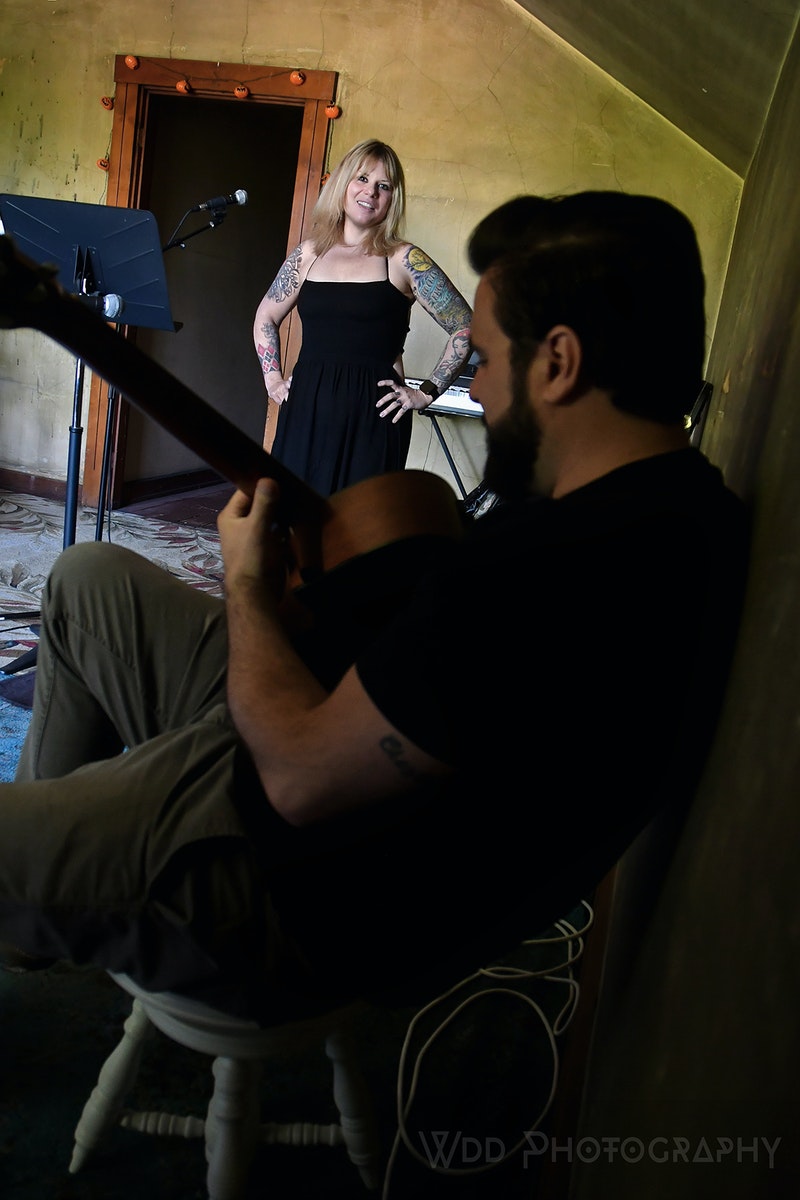 Veronica offered me a tour of the magical house that remained home base for her as she hopped from Louisiana to Los Angeles and back to Cincinnati throughout her life. As we made our way up to the attic room, which she had converted to a practice studio in 2019, we talked about her new album Chaos Magic that releases May 28th,. Mike Bustamante (guitar, keyboard and vocals) strummed a melody as he shared his excitement for the work they’d put in on the album. Both Mike and Veronica gushed over the fluid chemistry between the contributors and how the respect and passion everyone in the band had for the music fueled the development of each song into a “pinnacle of what it could be.” They revered John Campbell (bass) as their “pillar of calm,” an unshakable “stealth assassin” that simply manifests magic in the studio without trying to prove anything. Nathan Hickey of local band 500 Miles to Memphis (percussion and vocals) stepped in last year and completed the puzzle for them with everyone agreeing the first practice together had been their best to date. 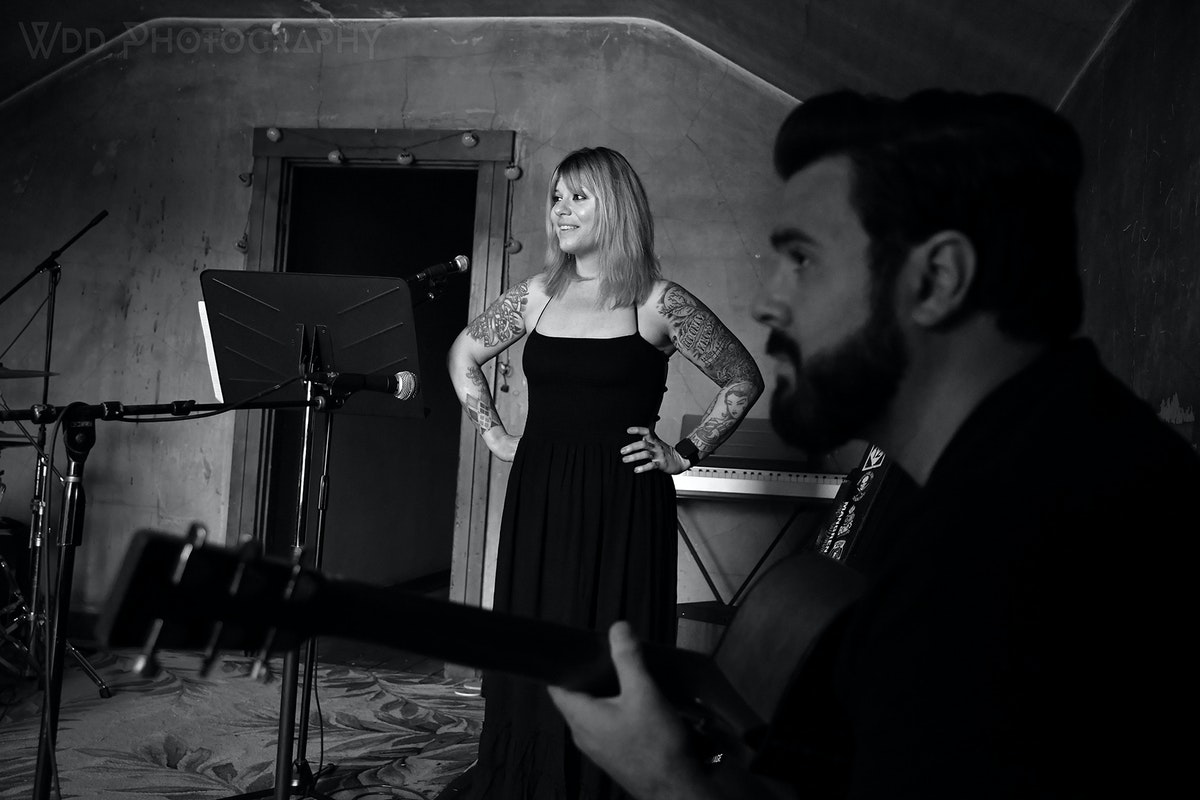 Veronica Grim’s new album captures a history of personal growth in nine songs. It’s dressed with romantic songs like “Vampire Love Epic” that was written on that very first “cheap black acoustic guitar” and “Thank You” that emerged long before she’d quit drinking. (Five years sober, go Veronica!) Chaos Magic also showcases new tracks like “Ride or Die” and “The Gambit,” a personal favorite of mine that truly reveals the beautiful intricacy of Veronica’s voice, her range and incredible control. Pride lifted the corners of her mouth as she quoted a line from that song that has stuck with me since, “In the end, the longest of con’s is just staying free.” 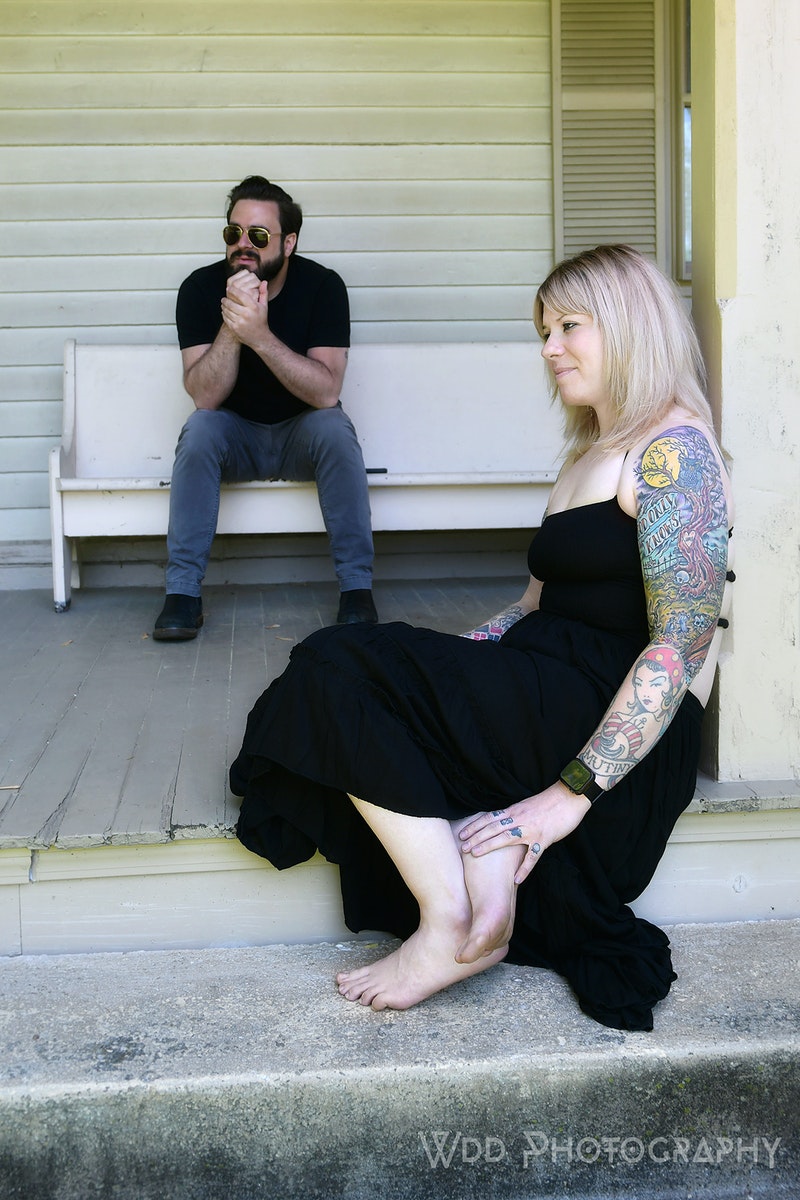 As we wrapped up our enchanted afternoon, sun streaming through the big attic window, we reminisced on how much life’s priorities had changed for us in the past five years. “It could be over tomorrow,” she stated, “and I didn’t want to leave this particular set of songs unrecorded.” Veronica ruminated on how everything she’d been through was worth it, that even the seemingly unsurmountable moments helped her grow and find happiness on her own path while giving her authenticity and honesty as a musician. I have no doubt that the rebellious teenager version of Veronica Strickler would be blown away at the incredible artist and woman she’s become. With a uniquely soulful country vibe, Veronica Grim should absolutely be on your summer playlist and your radar of musicians to watch. Make sure you don’t miss the opportunity to drop by Fifth and Vine Live at Fountain Square in downtown Cincinnati on May 28th to watch Veronica and the boys perform Chaos Magic for the first time live! 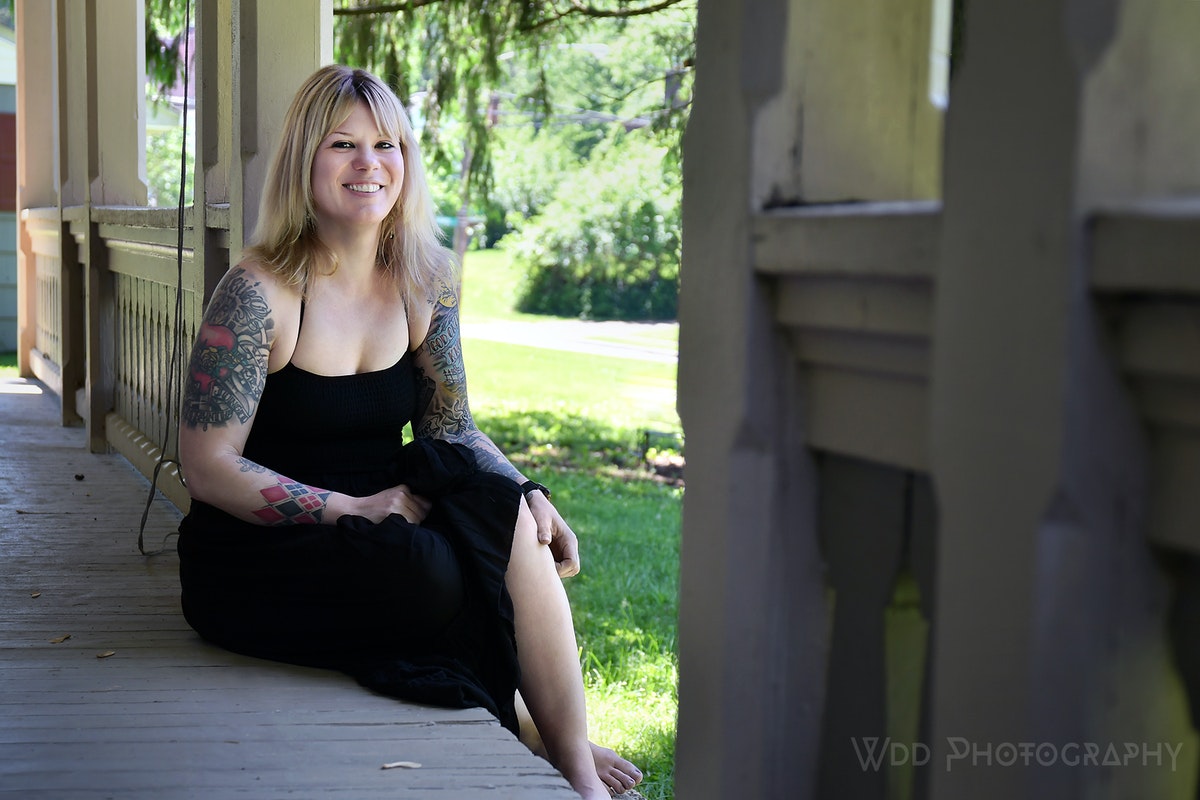 Find Veronica Grim on You Tube here and information for the album release at Fifth and Vine Live at Fountain Square on May 28th, 2022 here. 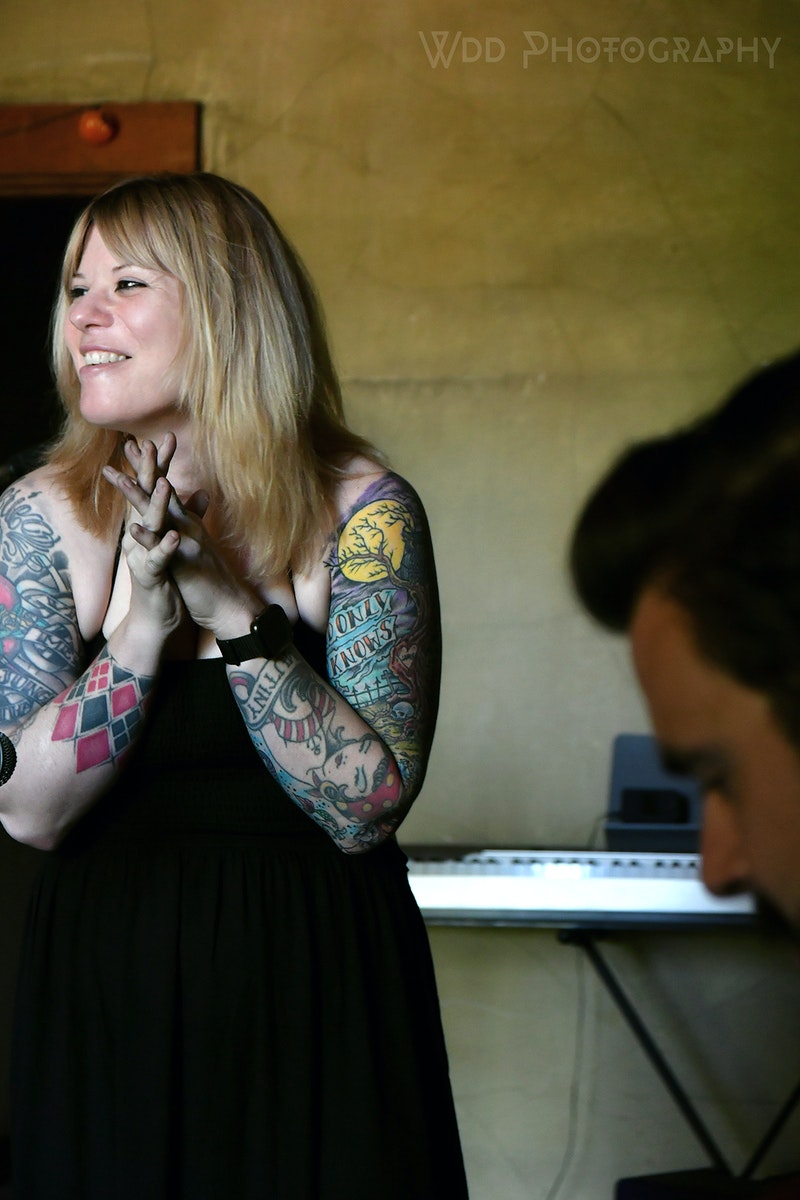 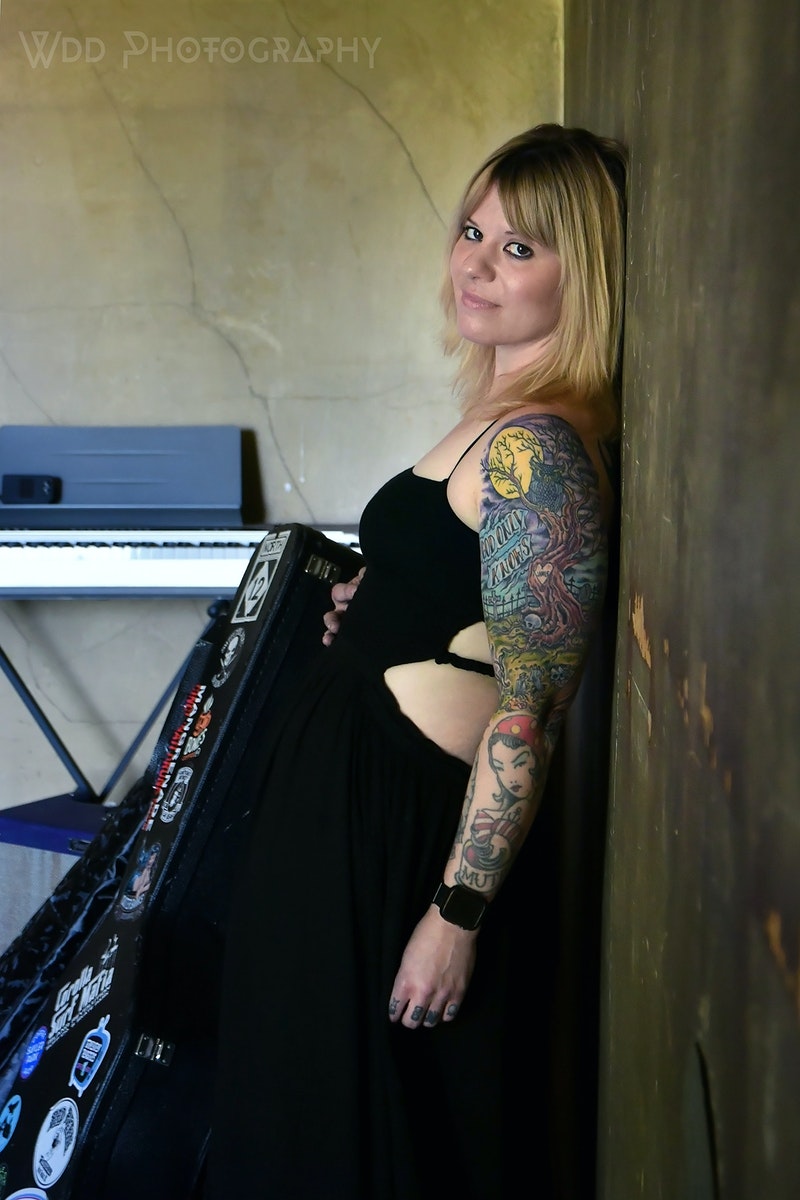