What happens when you take musicians from the stage and relegate them to their homes for over a year? As we adapt to our new world full of restrictions and mandates, we’re finding that those who create continued to create, even during the great hibernation of 2020. A new variegated wave of music has emerged as friends from different genres shared and blended ideas virtually. This period of collaboration birthed a new project for local musician Scott Wherle (vocals) of Devil’s Due and Blood on the Blade. After separately partnering with both Mike Shope (guitar) and Scot Fithen (bass) to work on ideas, Wherle proposed merging projects and with the addition of Chuck Smith (drums) they formed Howl at the Sky. 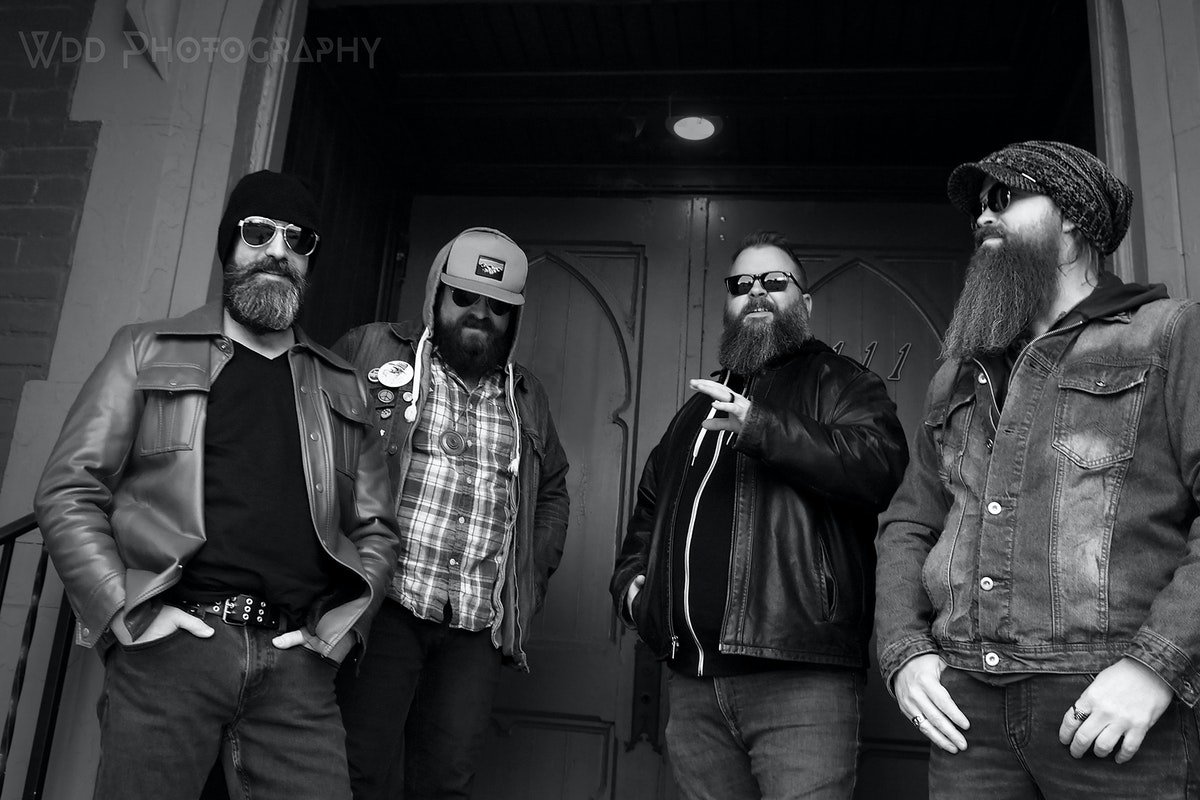 I met the four impressively bearded men at The Southgate House Revival in Newport for photos before walking over to Press on Monmouth for warmth, coffee and conversation. Between brotherly jabs at each other, they told me about their musical influences ranging from Metallica to Prince, Pink Floyd to Alice in Chains. They teased youngest member, Mike, for his “screamer” rock tendencies but also appreciated how it integrated into Howl at the Sky’s synergetic sound. As primary lyricist and vocalist, Scott Wherle declared how cohesive the group was working together through blocks and suggesting improvements and all agreed that because of this there was no real leader, each had equal influence in the music they produced together. 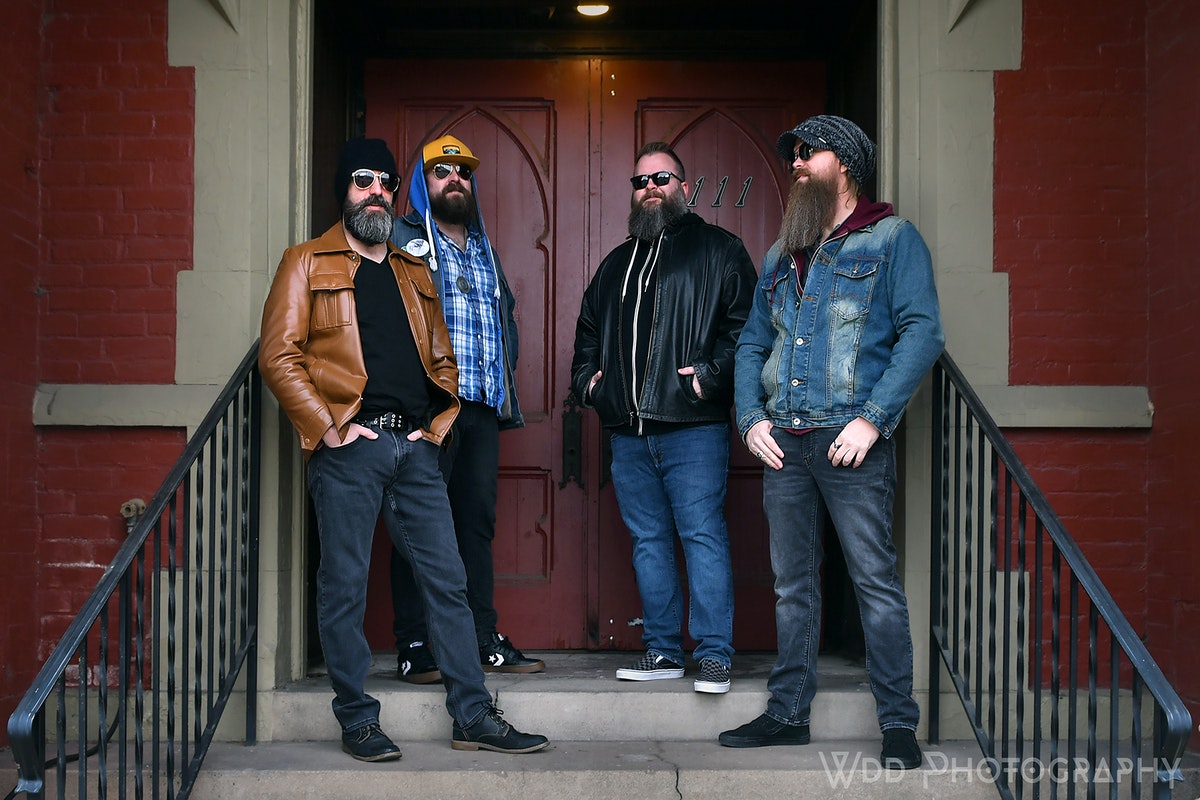 As Scott, Mike, Chuck and (the other) Scot began integrating their talents, a “stoner rock” band emerged, with notes of 90’s metal and classic rock. Howl at the Sky’s first single, “The Monsters are Due” highlights Wherle’s penchant for storytelling in his songwriting. Inspired by an old episode of the Twilight Zone, the track leads with punchy drums and the call of a classic electric guitar. Lyrics paint vivid images as the message is conveyed, a discourse on what Scott explained as the “real world telephone” game that society and the media play which distorts our perception of reality. As we discussed this new record, I noticed fingers tapping out table rhythms, grins and chuckles punctuating the more professional aspects of the interview. There is clearly a playfulness in this group that effortlessly bleeds into their music. 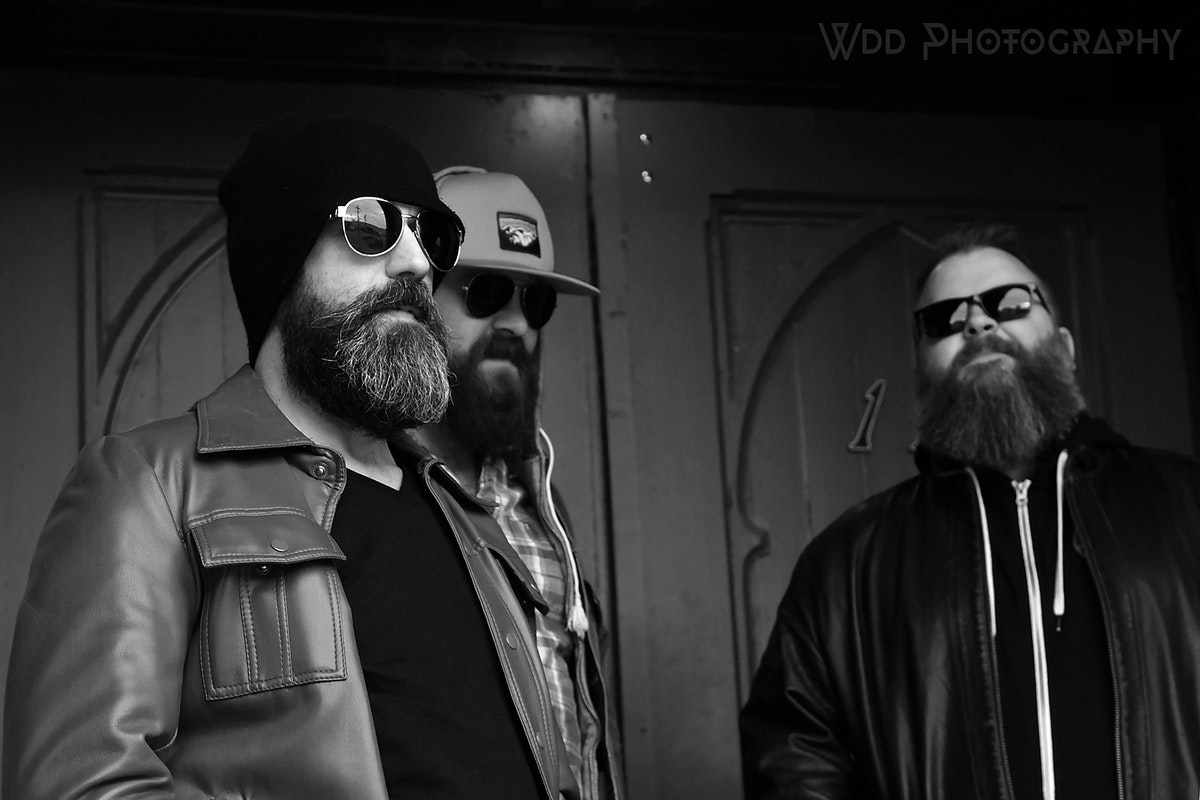 With a full album of songs ready to perform, the members of Howl at the Sky enthusiastically anticipate an upcoming show. In the meantime, follow this link to find their new release and learn more about Howl at the Sky. 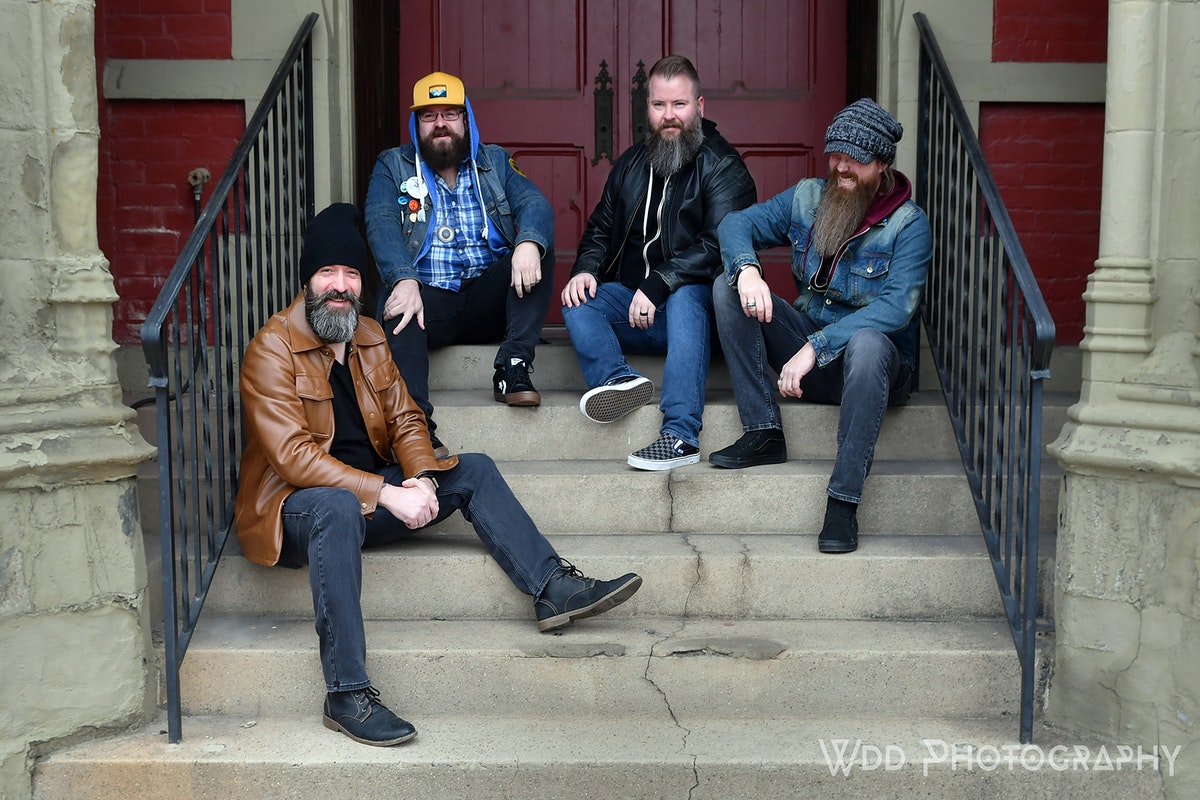 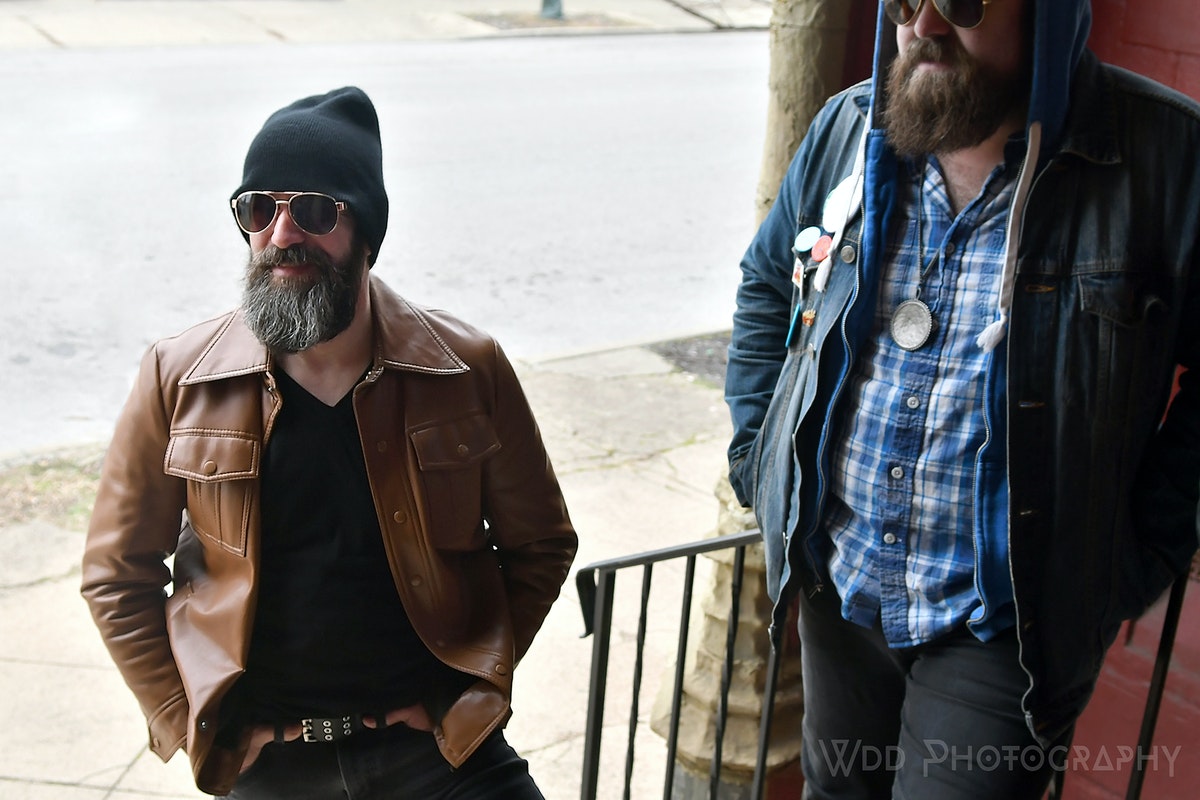 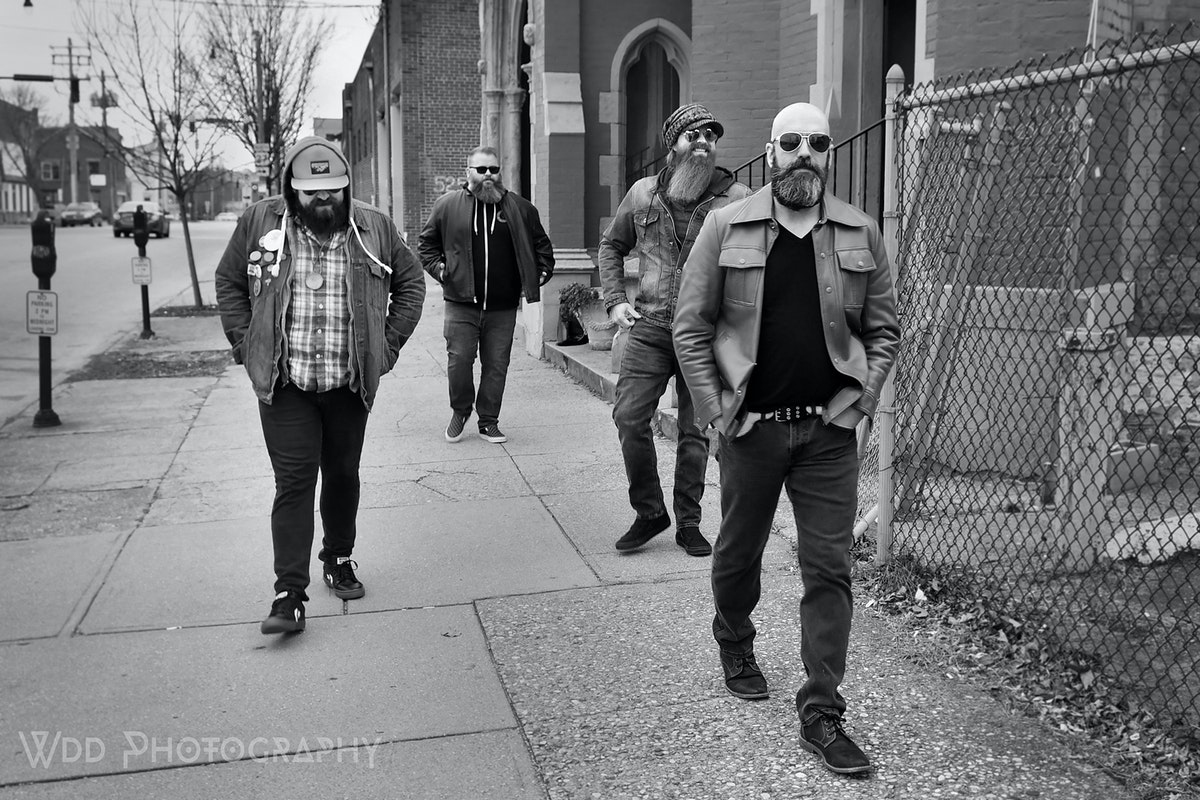 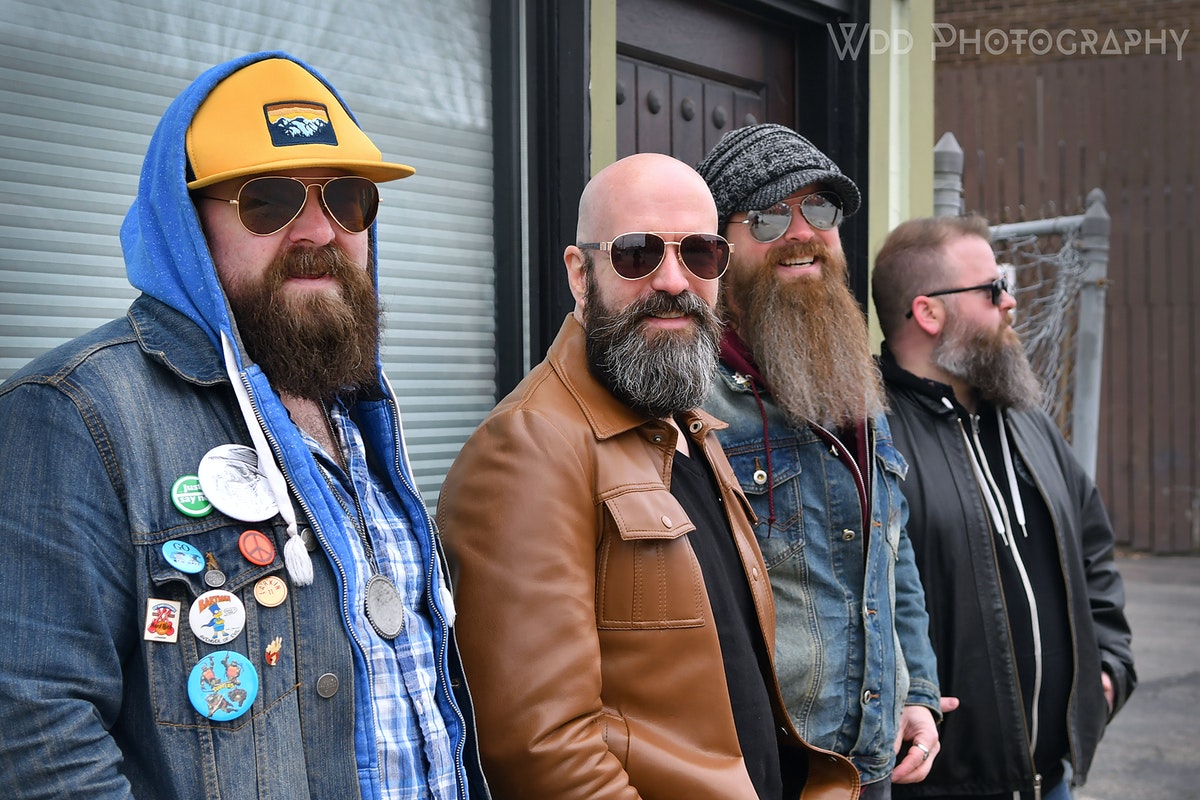