Fans were in for a special treat Tuesday evening. With no opener, DMB delighted with an extended set. The band is known for their unique set list each night so, the crowd was a buzz wondering which of their favorite songs would be played.

If anyone had a question as if DMB were a jam band, you now have your answer. Absolutely, they are. Opening with "Seek Up," that lasted for 10, maybe 15 minutes? I honestly lost count, but it was epic. “Seek up an emotion and your cup is overflowing..." - that lyric hits harder these days, right?

It was clear that Dave and our boys were happy to be playing. The energy was electric and smiles all around. "I think I always say this, but I like this venue. When we drive in, I'm always like - I like this place! Thank you very much for coming out, it's been a while. I think we should have a good night tonight” 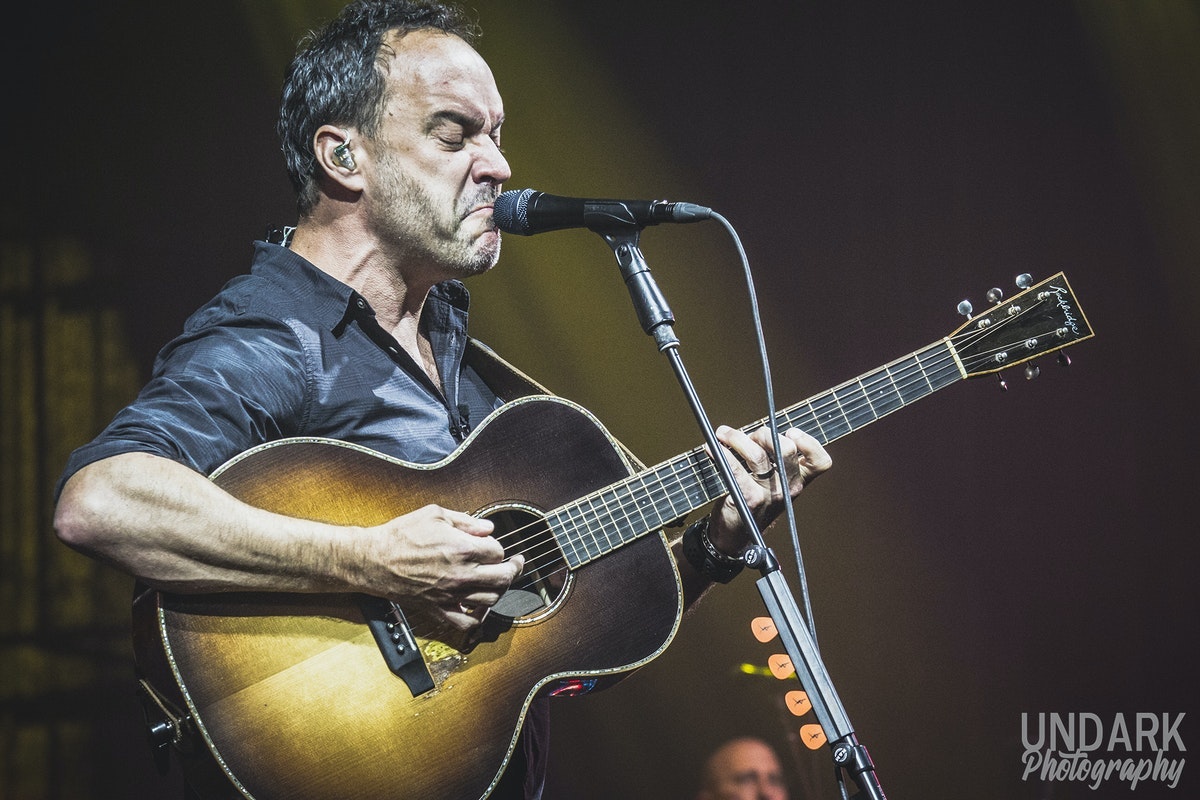 The set list was eclectic including, "Squirm" and "The Ocean and the Butterfly," but also sprinkled in just enough of the 'hits' for the casual Dave fan such as "Crush" and "Satellite." With an extensive catalog like DMB, we can never expect to hear all of our favorites, but the band does a great job of keeping everyone happy.

I ran into some new friends, Stephanie and BJ. Stephanie saw her last DMB show in 1994 and she said that, "he (Dave) is still on fire!" BJ (who has the famous fire dancer tattooed on his calf) has seen the band about 40 times and, "All I wanted to hear was Seek Up." He certainly got what he came for! 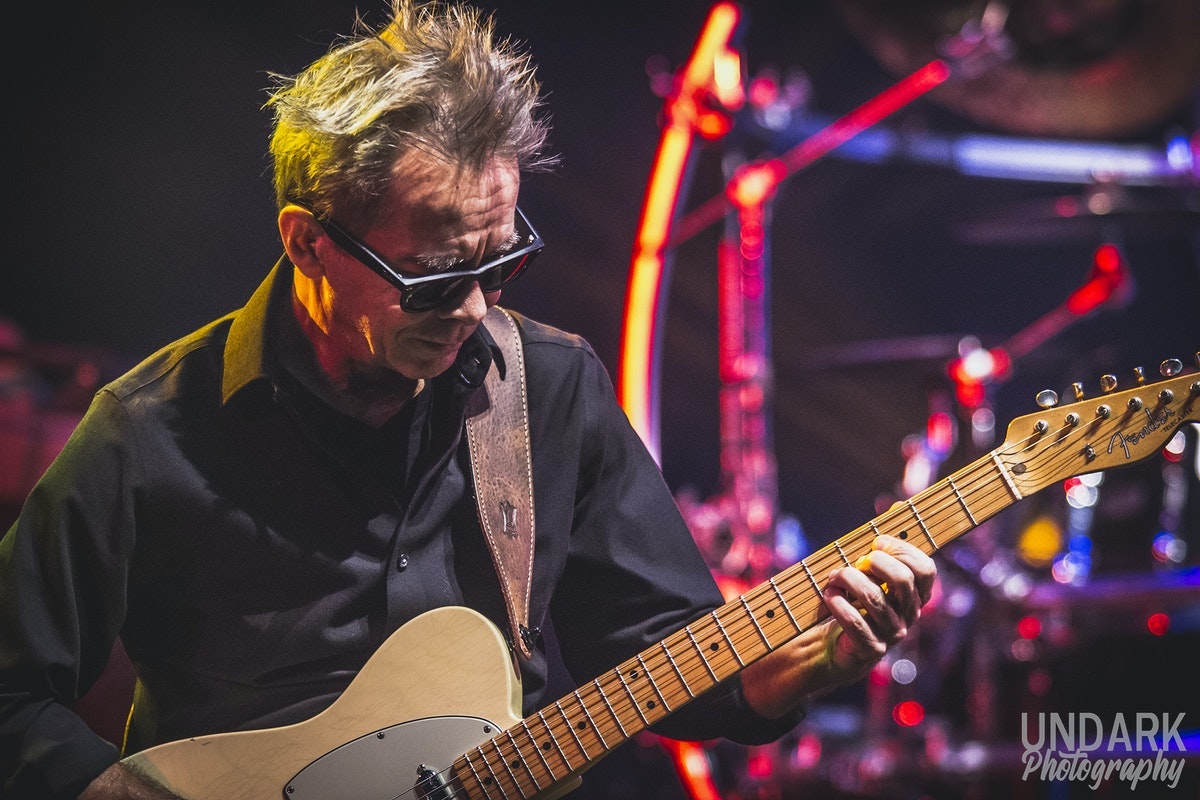 After 3 hours of jamming out with Dave Matthews Band, they ended the evening with "Don't Drink the Water." It was a perfect evening, with our favorite band and our DMB family. "Thank you very very much, I hope you had as much as a good time as we did." We sure did, Dave. Let's try to do this more often. 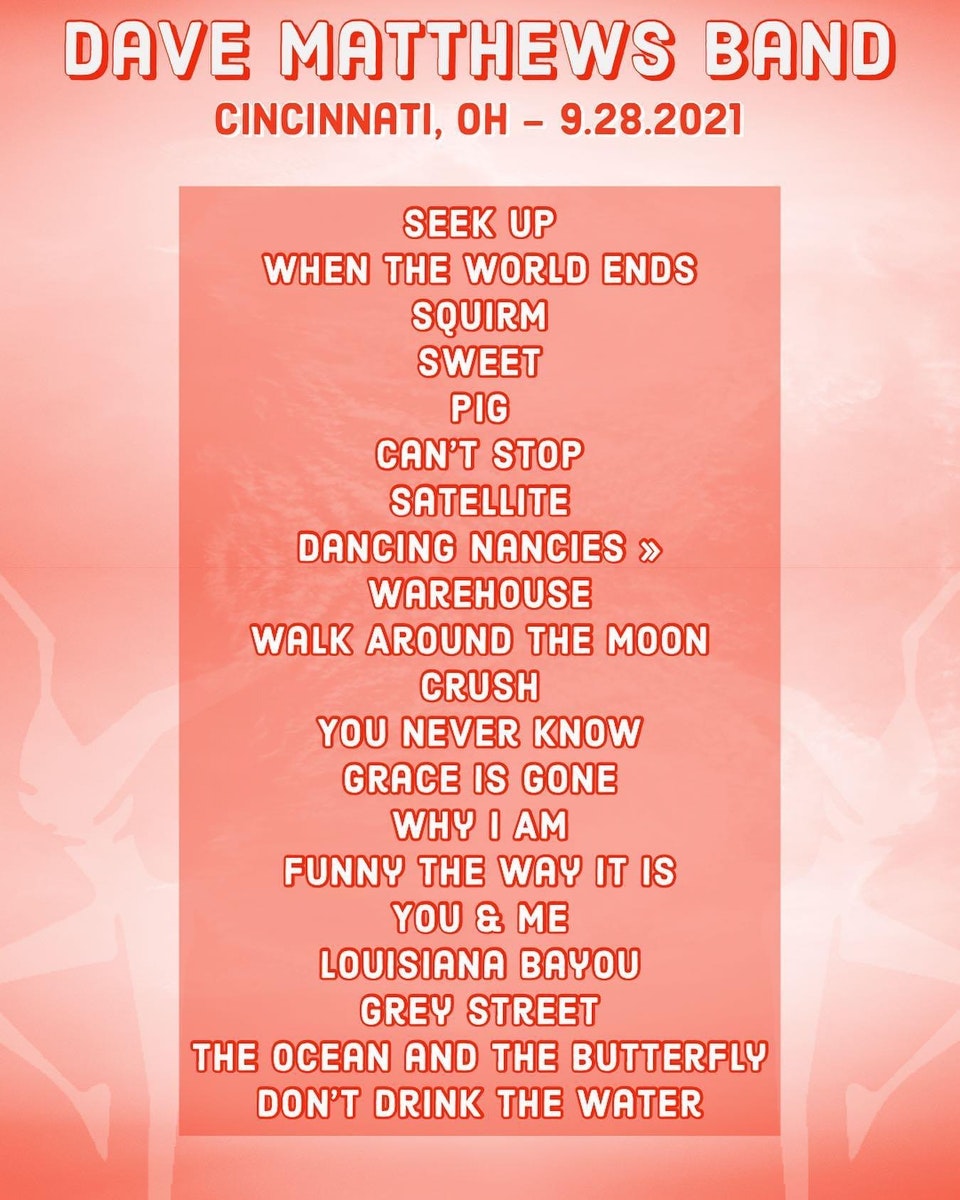 2021 was a weird year. While I was VERY excited to attend live shows again, the pandemic was (is) very much still in affect - so I treaded lightly.

The Music of Cream