Spoken Nerd + Juan Cosby are headed out on the road! The tour is a pre-cursor to the album they are working on entitled Grapes.

They are performing with some heavy hitters on this one including Milo/R.A.P. Feirrera, Ceschi, and Moodie Black. The show tomorrow in Nashville has been converted to a fundraiser in light of the recent natural disaster.

Juan Cosby is an American producer and multi-instrumentalist who combines elements of synthwave and lo-fi hip-hop to create his own psychedelic sound. A member of Cincinnati-based Counterfeit Money Machine, Juan released his first solo album Inhospitable Planet in 2017. Juan has shared the stage with Sage Francis, Sole, Milo, Ceschi, Cage, clipping., Open Mike Eagle, and Busdriver; and also worked with Blueprint, Afroman, Toki Wright, and MegaRan. In 2009, Juan launched Grasshopper Juice Records, boasting an eclectic lineup of nationally recognized artists including The Harlequins, Wonky Tonk, The B.E.A.T., and MC Longshot. The label's marquee event AYE Music & Art Festival is a multi-genre/multi-venue fundraiser that has become a pillar of the Cincinnati music scene.

Spoken Nerd (Fake Four Inc.) serves up thought provoking lyrics with an electric energy that will make you rethink what it means to be a hip-hop fan in the modern age. His varied catalog boasts horror themed tracks, songs dialing into every-day dilemmas, and raps that elicit both humor and enthusiasm from the crowd. His pioneering song construction will make you eager for more. His witty banter will leave you with the feeling you’ve made a new best friend. 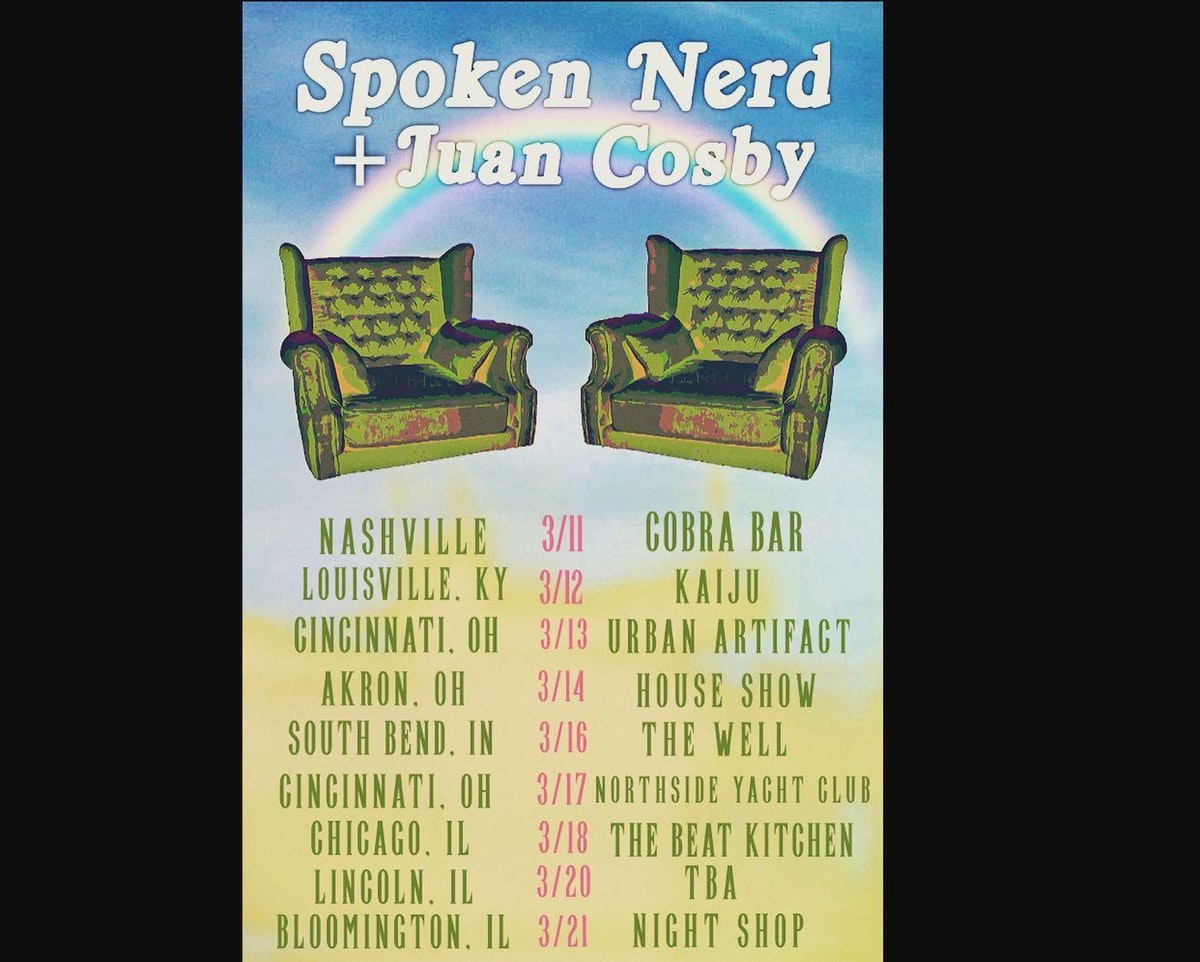