When I talked to Danny Hayes from Danny Wimmer Presents earlier this year, he talked about a long-term vision to create a SXSW-like experience in Louisville. The goal is to get folks who had never been to Louisville (like me) to visit and want to come back to explore how much the city has to offer. After experiencing Bourbon & Beyond last weekend, I have to say- mission accomplished.  I came back to Cincinnati with fond memories that still linger like the sweet burn of Kentucky bourbon.

Days were hot, but not unbearable; folks caught shade where they could. Nights were beautiful and magical, as close as you can get to late summer perfection. I was impressed at the ambitious scope of the festival - cooking demos, music on three stages, bourbon tastings, dance demonstrations, talks on the history of bourbon and more. It was impossible to catch everything, but that’s not a bad problem to have. My primary job was to photograph the music, so I focused on the main musical acts and did my best take in as much as I could. The app for the festival worked great in helping keep track of the schedule, getting alerts on show times, reminding people to stay hydrated or grab a ride at the end of the night.

Food vendors were abundant - hot chicken, brisket, Asian noodles, wood fired pizza, barbecue, almost anything you could think of. All I had to do was walk around until I found something that smelled amazing and enjoy. Every vendor I interacted with seemed to be having a blast.

Bourbon was everywhere – whether it was at the bars, blind tasting experiences, offerings of flights of bourbon, or venues devoted to a brand.  Moods were good all around; I enjoyed my share of Bardstown Bourbon as I waited between sets. The folks at Blackened [Metallica’s entry into whiskey] cheerfully gave me samples of their whiskey and Enter Night beer -thanks Metallica!

The stage setup was a bit unusual - two large side by side stages for the main acts and a separate smaller stage (a long way away) for Bluegrass. Usually, festivals space out the stages and stagger start times so multiple bands can play at the same time. For this festival, one act played on the first stage while the alternate stage was being prepped. We never had to wait more than a few minutes or give up seeing one main act for another, but it meant missing out on many of the smaller bands on the far stage.

While the big stars (Joan Jett, John Fogerty, ZZ Top, Hall and Oates) delivered solid performances, some of the best moments were from smaller bands. 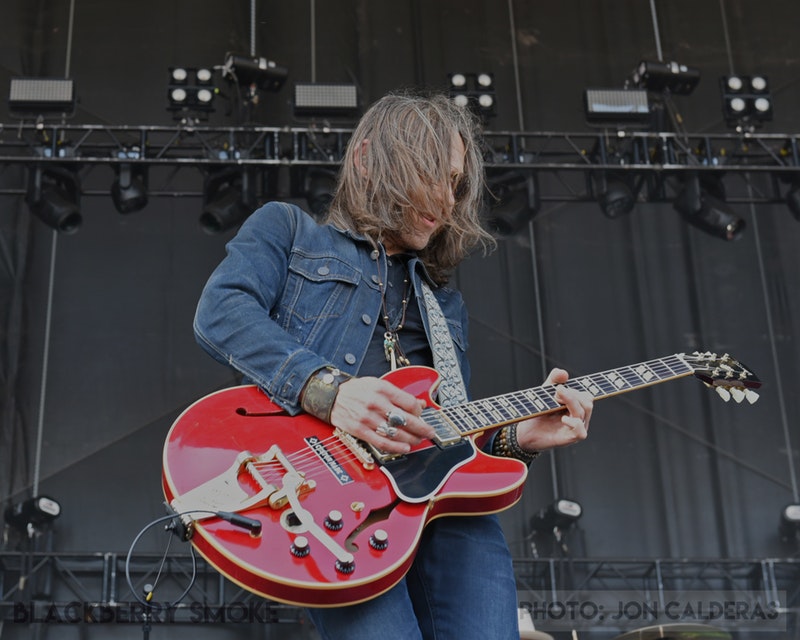 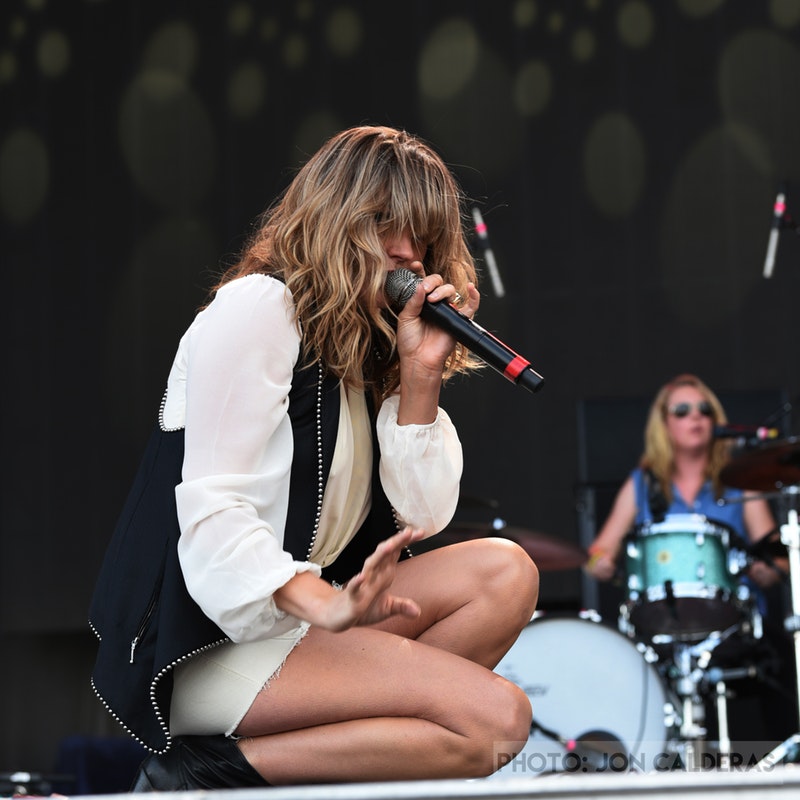 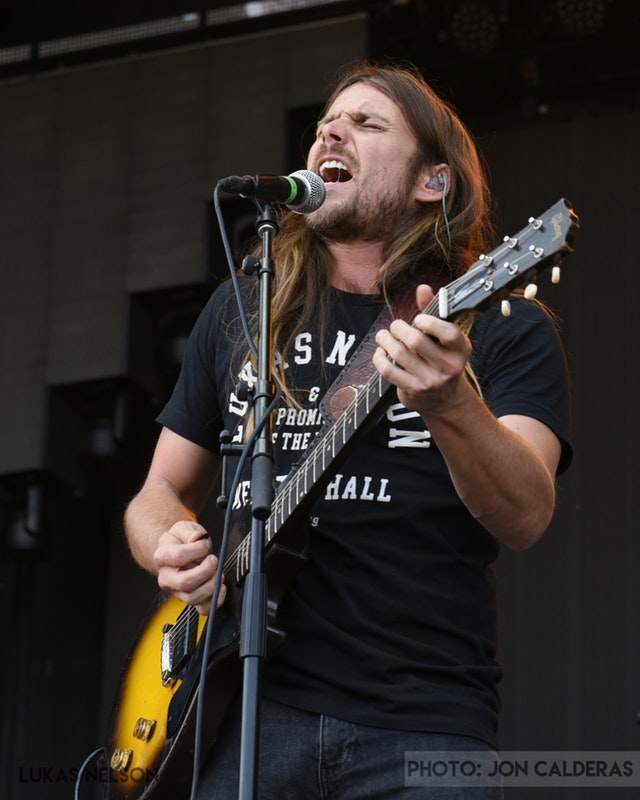 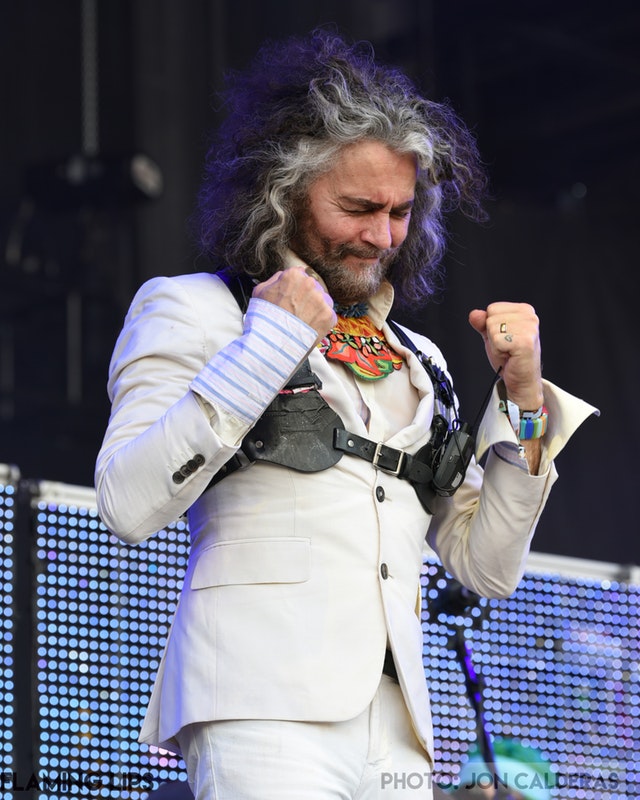 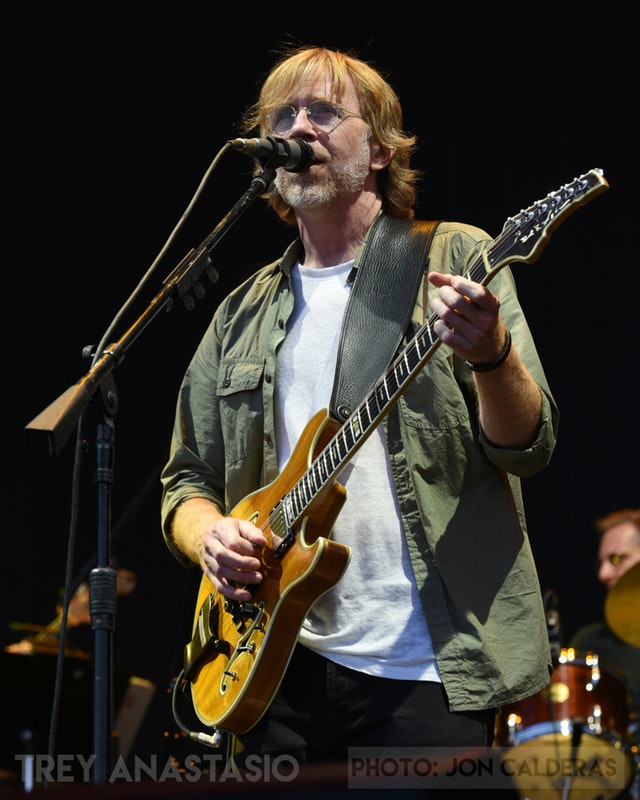 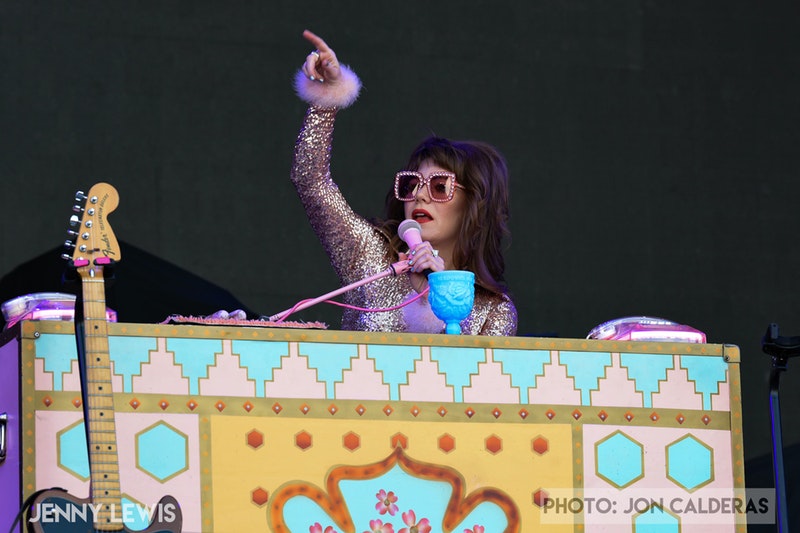 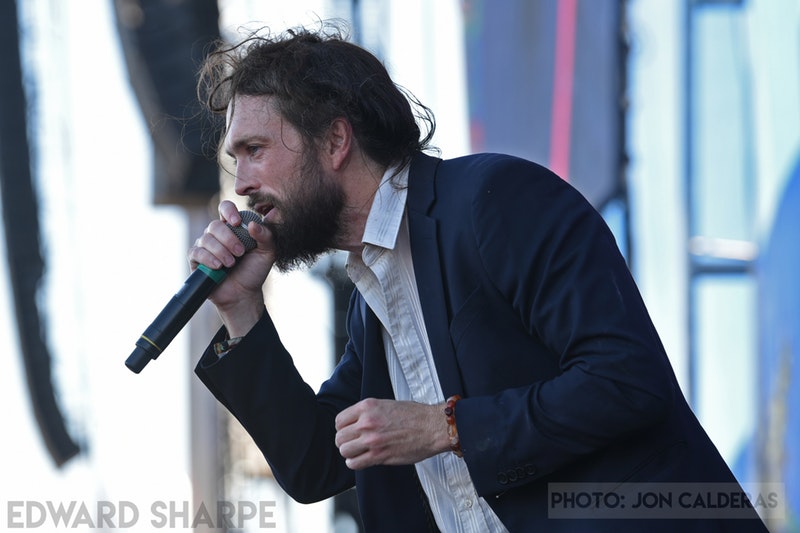 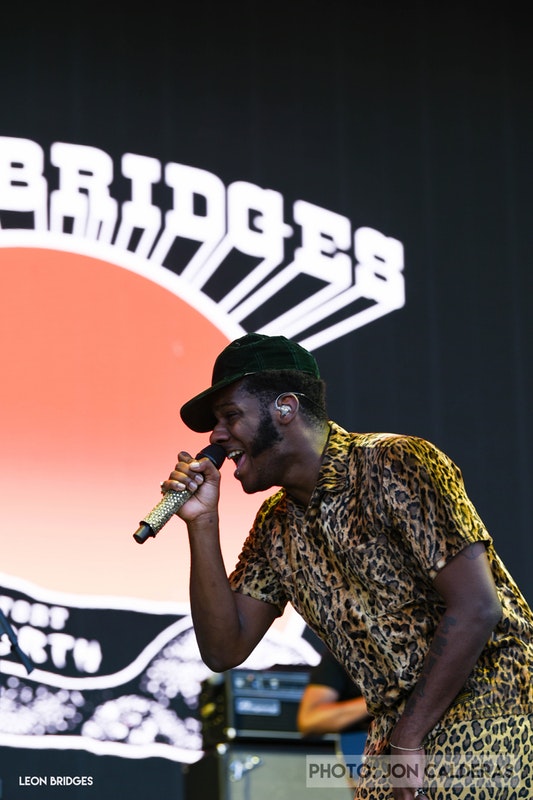 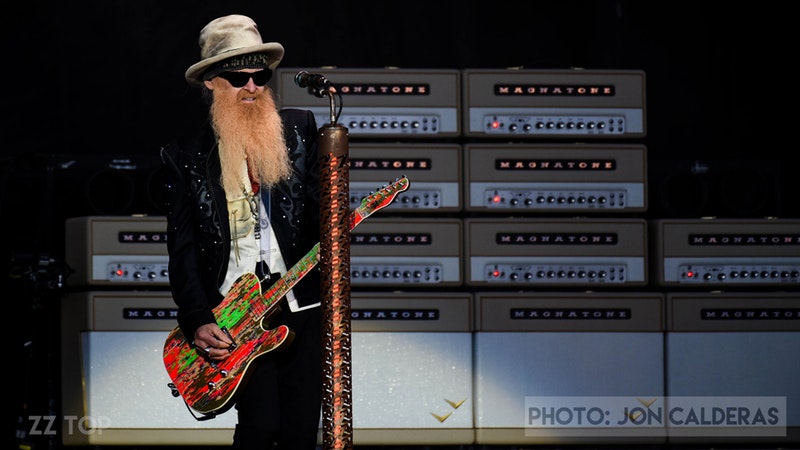 Unsurprisingly, the headliners for each night all put on great shows.

The Foo Fighters set the bar high on night one. The Foos were at full force and Dave Grohl always delivers a powerful fan-pleasing show; he may be the ideal mix of big rock star and everyman. It was stunning to see this show from the pit and get to photograph them up close. 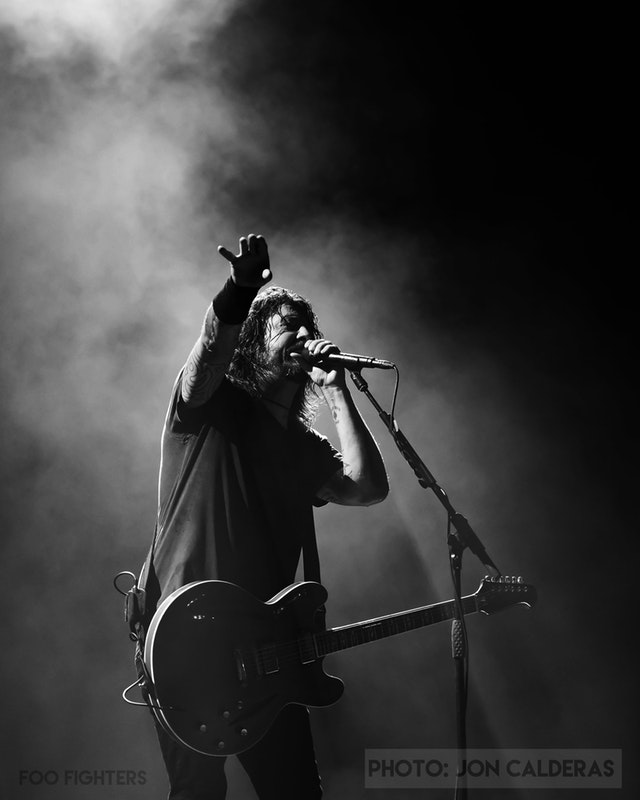 Sensational Shapeshifters on night 2. I was too young to catch Zeppelin and had never seen Robert Plant live. In an incredible stroke of luck, I was one of twelve photographers allowed to photograph his performance. 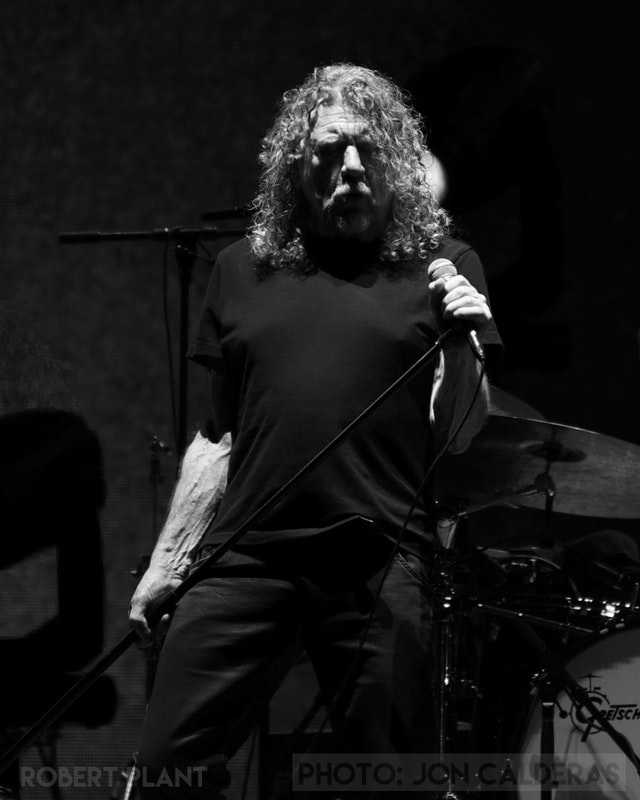 any Led Zeppelin songs. As he took the mic and sang, “And if I say to you tomorrow/Take my hand, child come with me” (from Led Zeppelin’s “What Is and What Should Never Be”) it felt like the skies would open and thunder would strike the stage. When the band got to the chorus and the driving guitars kicked in, I could imagine what a titanic juggernaut Led Zep was in their prime.  At 71, Robert Plant still commands the stage. He looks like a majestically craggy Norse god that walks the Earth; the stage should shake under his feet. He swings a mic stand but he could easily be swinging Mjolnir.  Plant is, unequivocally, a true rock god; one of the last still standing. The set was heavy on Zeppelin songs - epic versions of “Black Dog,” “Babe, I’m Gonna Leave You,” “The Battle of Evermore,” “Gallows’ Pole,” and “Ramble On.”  I’ve heard these songs for years and it was transcendent to hear them retooled and performed live under a gorgeous summer sky with thousands of fans.

Zac Brown closed out the festival on Sunday night and left everyone in a good mood to wake up Monday and get back to reality. Some may return for this weekend’s Louder than Live festival; I wish I could. Maybe next year. Summer fades into fall. Bourbon, food and music -I can’t think of a better way to kiss summer goodbye and welcome autumn. Hope to see you again soon Louisville. 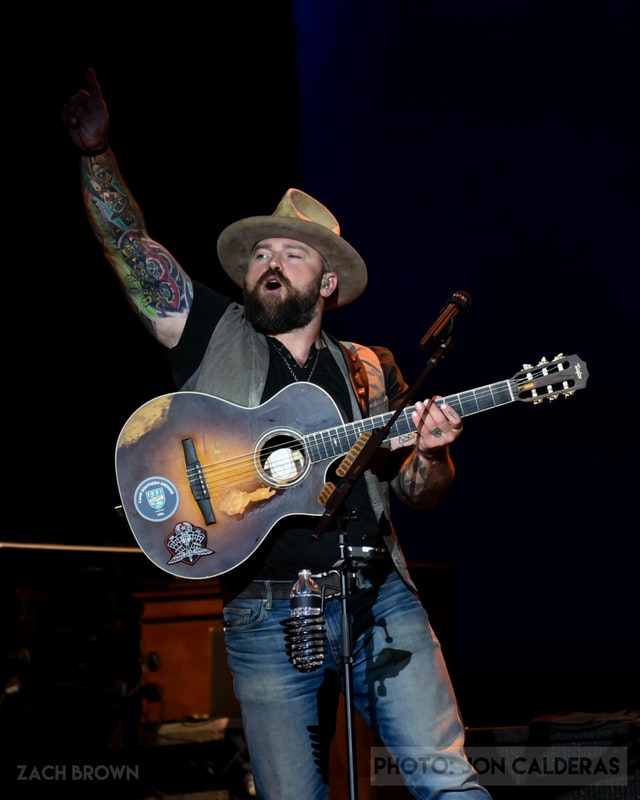 Jon Calderas lives in Cincinnati and is passionate about music, photography and writing.  He’s thrilled to be able to shoot and write for CincyMusic and help promote our vibrant music scene. When he’s not talking about himself in the third person, you can find him out at gigs. Come up and say hi, he’d love to meet you.