Bogart’s is a rite of passage. It holds a place in each and every music lover’s heart in the Cincinnati area. To be able to witness your favorite band with fifteen hundred other like-minded concert goers in an authentic rock club is an experience you will not soon forget. Over the years, I have seen hundreds of concerts there – Ani Difranco, Dashboard Confessional, Bob Dylan, Hot Rod Circuit, Jimmy Eat World, X Ambassadors, Kishi Bashi, NOFX, among many, many others. 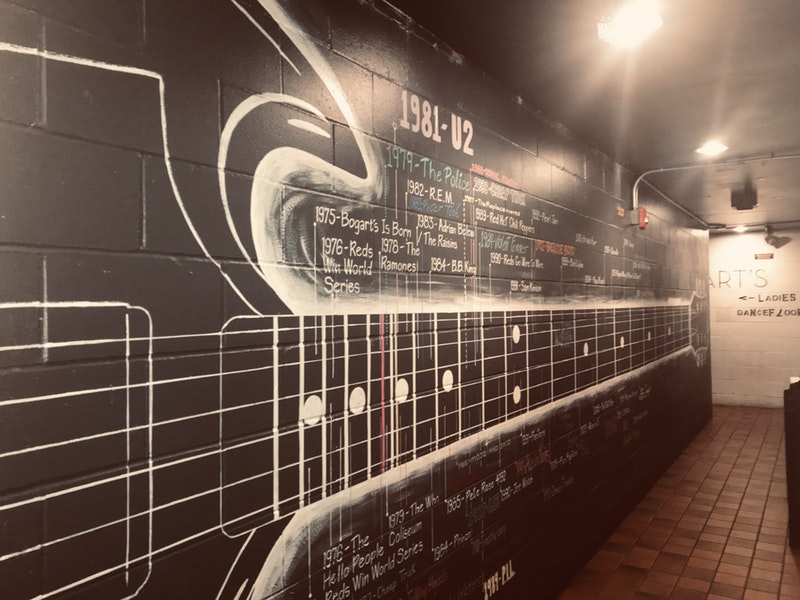 Bogart’s was built in 1890, and was originally constructed as a vaudeville theater named the Nordland Plaza Nickelodeon and remained as such into the 1950’s. During the mid-1950’s, the name Nordland remained, but the venue switched to a German film theater. After that, the names changed to Inner Circle, serving as a restaurant and entertainment venue. In 1980, the building switched ownership, underwent a huge remodel, and was named Bogart’s. It began as a venue for local, national, and international live music, as we know it to be today. Bogart’s has been recognized internationally for bringing the newest, and best music and entertainment to the public for over two decades. 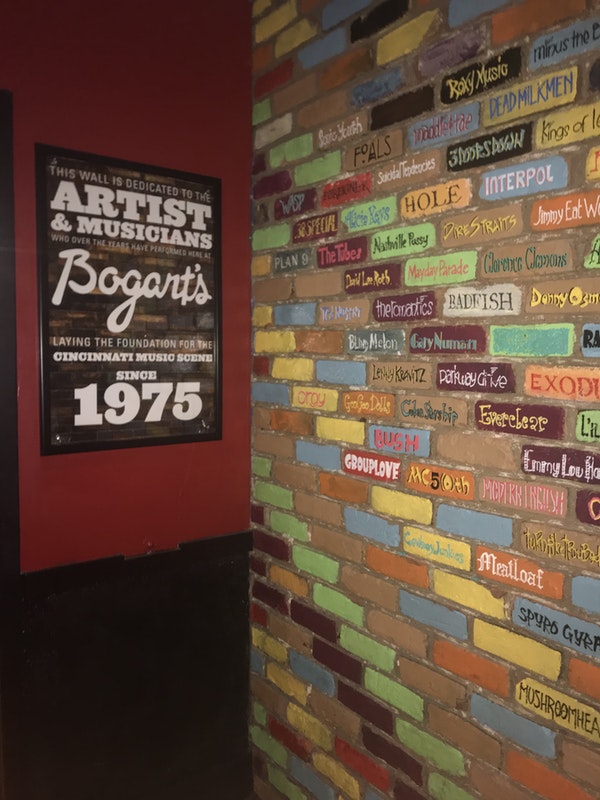 I sat down with Maggie Curtis, Regional Senior Marketing Manager at Live Nation to learn a bit more about one of our very favorite venues.

Let’s start with a little bit of background. Can you tell our readers a bit about the history of Bogart’s during your time there?
I have seen such a huge transformation in the past 4 years at Bogart’s. Not only from the building itself getting a facelift, new wood floors, beautiful new panels that highlight all of the legends who have played Bogart’s, the famous brick wall, a Bogart’s timeline painted across the walls – but the bones of the organization as well. Our guest services and bar staff teams are really some of the best, ensuring that they are providing the greatest experience each and every night our doors are open. Our production team is really focused on the experience that the band wants each patron to have, and exceeding expectations. Our talent is more diverse than ever- attracting so many more awesome Cincinnati & Northern Kentuckians. The street has been cleaned up, store fronts are much more welcoming. If you haven’t been to Bogart’s in a minute, it’s time to revisit!

What was your first experience at Bogart’s? Whether attending a show or your early days on the job…
It’s funny because Bogart’s has been a big staple in my life as it is many others. My very first show ever, which was Battle of the Bands, was at Bogart’s in my younger High School Days. The last show I attended at Bogart’s before working here was G. Love & Special Sauce. The first show I worked at Bogart’s was Coheed and Cambria. Each of those shows hold a special memory in time for me.

Tell us about the craziest rider you have ever seen from a band…
Oh man. I’ve received some crazy riders in my days. I’ve had to buy a band all new underwear. Don’t ask why. I’ve had to arrange fruit to reflect male genitalia. I’ve had to wear a certain color of clothing in order to be in the artists presence. I’ve had to look at the floor when in an artist’s presence as to not make eye contact. There’s been a lot of crazy in my day.

Tell us about your day to day as the Regional Senior Marketing Manager at Live Nation…
I feel like my answer will be similar to anyone who works in this industry and why we are drawn to it: No day is ever the same. I currently over-see the marketing for Bogart’s, Mercury Ballroom (Louisville, KY) and Palace Theater (Louisville, KY) and many 3rd party opportunities. I feel like the only consistent answer about what happens day to day in my role is staying organized. Live Nation provides me with the top-notch training resources as well, so it is really great to always be learning and evolving with the industry.

What has been your favorite show at Bogart’s?
I could name quite a few from my early days: G. Love & Special Sauce, STP, and the list goes on. A few of my favorite shows at Bogart’s since working here have included M83, Miike Snow, Motion City Soundtrack, The Used (throwback tour).

What is coming up at Bogart’s that you are super excited to share?
So much! Besides some killer shows on the schedule, we’ve got some big news in the pipeline. Stay tuned!