Kenny Wayne Shepherd needs no introduction. Known and respected as one of the greatest guitarist of our time Kenny Wayne Shepherd sat down with me to discuss his latest chart-topping album, Lay It On Down at the inaugural Bourbon & Beyond in Louisville, KY this past weekend.

A lot of time fans expect their favorite artist’s new albums to be continuations of previous projects. Looking over your career that’s something that you have never done and in fact have done the complete opposite. Do you mind speaking on that as well as your mindset going into the Lay It On Down album?

KWS: I don’t like to make the same album more than once. So over the years we’ve really jumped around. One year we did a rock album, we followed that up with a traditional blues album and then we followed that up with something more contemporary so we kind of bounce around so people don’t feel like they’ve already heard the record before they’ve actually heard the record.

And also I use somebody like Eric Clapton as a perfect example. In his career he’s gone in so many different musical directions but rock and roll and blues has always been his foundation. He’s done country, reggae, blues, rock and roll; everything. So I feel like as a true artist you should be able to explore different music al areas and if you’re good your fans will back you up on it.

So you intentionally set out to test your comfort zone on this album?

Where did the inspiration for this album come from?

KWS: If you listen to the whole record you can hear different influences, blues is always the primary influence and we build off of that so you can hear a lot of the music that I grew up listening to as a kid has found its way into this record so you hear some R&B on a song like Diamonds and Gold, you can hear some rock on songs like Ride of Your Life and Baby Got Gone. You hear a little country on Hard Lesson Learned and the title track Lay It On Down and Down for Love is straight up Texas blues so we pulled from a lot of different musical influences and genres that I listen to my whole life growing up and so we tried to blend them up and make something different.

I’m really happy with this whole record. None of these songs would be on it otherwise - but I’m really digging Diamonds and Gold, especially when we perform it live. People are just reacting really strongly to it.

I LOVE the Ten Days Out project! Do you see yourself doing anything else like that anytime soon?

KWS: We are in the beginning phases of planning that right now. We are hoping to get that accomplished next year but it’s really important and that’s one of the greatest things that I’ve ever been a part of is that project, so I think it was really special and I think that we need to continue seeking out that talent and giving our respect to the people that came before us.

When you’re performing, and in particular since it’s not just you up there - do you ever have to fight back the urge to go off script and just let your imagination take control?

KWS: No man! That’s the whole point of doing it. You gotta just let it go. You don’t ever want to fight that urge. Last night is a perfect example. I was playing and for some reason my hands weren’t quite nailing it so I decided - well I need to go in a different direction, so I started playing some other things and the band started adapting to all of that. After the show, the guys were like man you did all this different stuff and we’re loving it! So that keeps it cool and interesting. So every night something different can happen.

We all know about your car collection but what’s missing from it or what will we see you adding to the garage soon?

KWS: I ordered one of the new 2018 Dodge Demons. I don’t know if you’re familiar with them but they have 840 horsepower and are fastest production car in the world right now. So I have car number 18 reserved for that!

As far as the classics I have a 1970 Barracuda convertible that’s been sitting, it’s just a shell of a car. We’re actually getting ready to get started on that and rebuilding that over the next year. I’ve had it for six years and I’m really anxious to just get it finally put together. 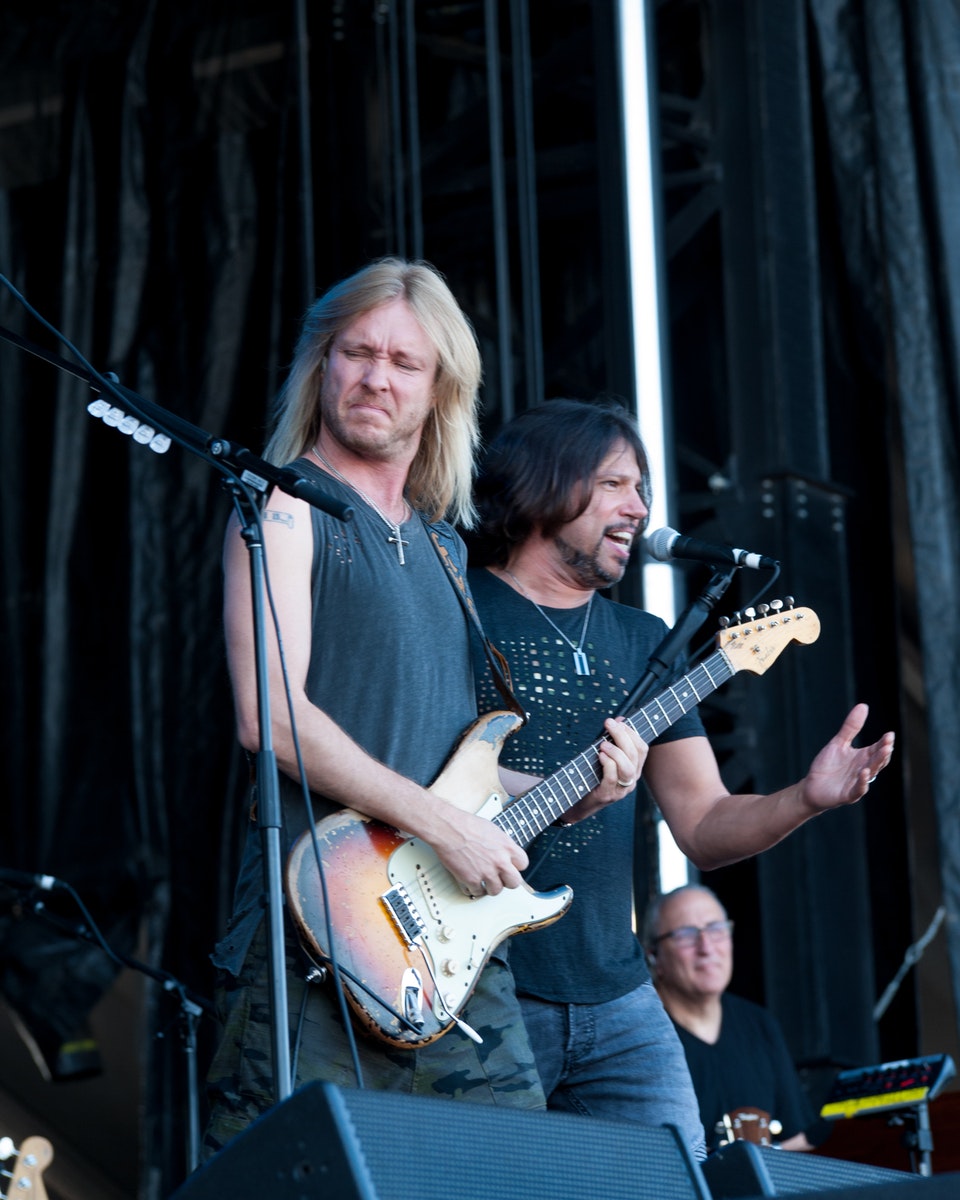 For me photography and music go hand and hand. I'm passionate/addicted to both and believe that shows in my style and approach to storytelling as well as in my everyday life. I shoot with a mixture of digital and film cameras depending on the feel I'm after, along with deadlines! Husband, father, son, photographer and Dayton native.