The operators of the historic Herzog studio space downtown - the last standing structure where Hank Williams Sr. recorded, where Cincinnati's first R&B tracks were recorded by Henry Glover with Bullmoose Jackson and released on King Records, where legends like Flatt & Scruggs, The Delmore Brothers, Patti Page and Rosemary Clooney made musical history - is on the verge of sharing big news.

Over the past ten years, the non-profit Cincinnati USA Music Heritage Foundation (CMHF), headquartered in the Herzog space, has hosted educational programs and events, provided a gathering place for the music community, and revived the recording and release of records from the sacred spot. And soon, CMHF will be announcing details of a partnership expansion with Mike's Music, Elias Leisring and others for its 10th anniversary year.

Under the CMHF umbrella and with a growing army of local music collaborators, the modern Herzog era has welcomed prominent artists (including Bootsy Collins, Patti Smith, Sufjan Stevens, Jody Payne, Margo Price, Bryce Dessner, Olivia Jean and many others), to make new history in the sacred space. 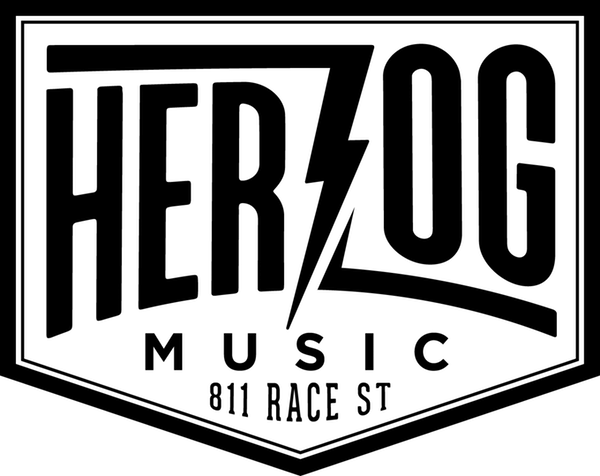 Neltner Small Batch crafted the new branding for Herzog Music. The branding shop is a long-time supporter and coordinator with CMHF to raise awareness of local music heritage.

Stay tuned for a series of official announcements on what is coming to this historically marked building in downtown Cincinnati.