What is a Cash Mob?
A Cash Mob a is a group of people who assemble at a local business to make purchases. The purpose of the mob is to support both the local business and the overall community.

When will this all take place?
The Cash Mob will take place from 2-5 p.m. on October 23 at Everybody’s Records (6106 Montgomery Rd, Cincinnati, OH).  The afternoon will feature live music from Lando Chill, Vibe-One, AC The Entity, Brandon Lee, Sto the Last, and Selecta’s Choice.

Then on the evening of October 23rd from 8-11 p.m. Upward Mobile will move the show over to Urban Artifact (1660 Blue Rock St.).  The artists mentioned above will perform a full-length concert at the Northside venue.

The entire day is billed as ‘Hip-hop for Everybody.’  It will be just that too: a celebration of Everybody’s Records and the local Hip-hop scene.  Mellow Music Group’s Lando Chill will be headlining.

Who is Lando Chill?
Lando Chill is a recent signee to Mellow Music Group.  Some of his label mates include Oddisee, Apollo Brown, and Mr. Lif.  His debut album, For Mark, Your Son, is a riveting and personal piece of art dealing with the passing of Lando’s father at a young age and Lando’s subsequent search for manhood without him.  Fun, artistic, and serious For Mark, Your Son is both eclectic and cohesive: a task rarely accomplished as effortlessly as Lando makes it look and sound. 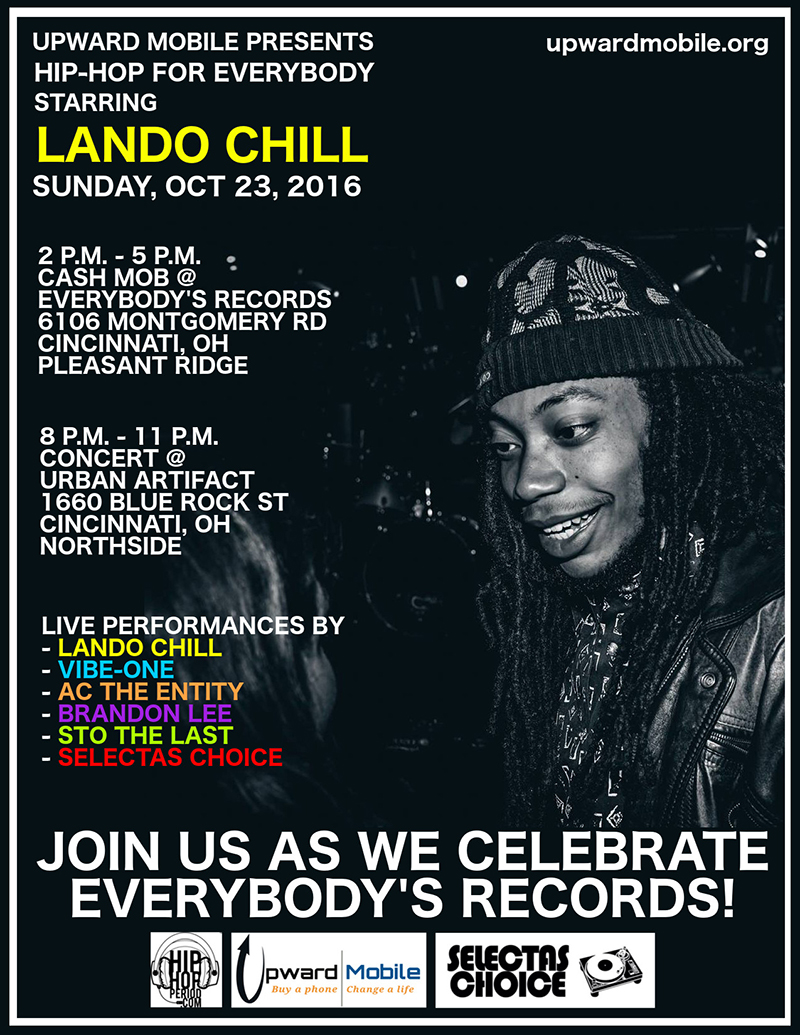