Fashionably late doesn’t begin to describe my entrance to PromoWest Fest Friday. As I walk in, just as Noel Gallagher’s High Flying Birds start to play, I think to myself, “This is why it’s not always good to work a late night restaurant job and don’t start my day ‘til two in the afternoon.” Hey, I made it though.

The Arena District in downtown Columbus is a nice place; more colorful than I remembered. It was also nice to come into town with nice weather as opposed to the monsoon I drove through on the way from Cincinnati. The surrounding condos had people on their balconies enjoying the music and drinking. The festival was by far the smallest I’ve ever been to in terms of size and amount of people, but this was a welcome change after attending the 100,000+ populated Lollapalooza in several years past. 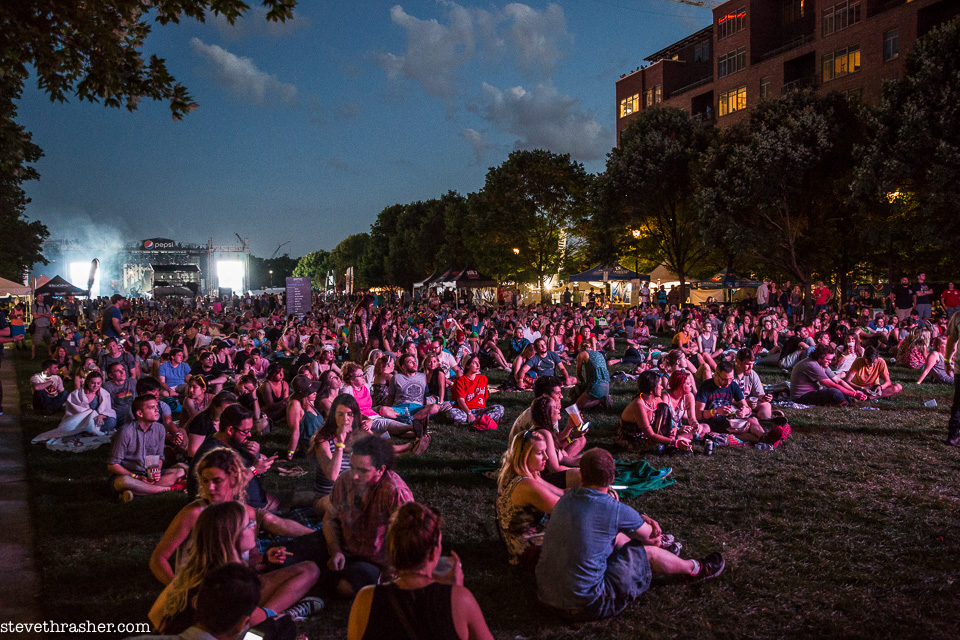 It’s nice to know where everything is within the first two minutes after arriving at a festival. There were just two stages facing opposite each other. On the right of the main stage, there were food and beverages; shout out to the Tortilla truck for making a spinach wrap burrito that spoke with my soul. Then on the left you got a couple of restroom areas and some little shops because why not; you’re already paying 12 dollars for a beer, might as well get a necklace. Small and simple and I’ll enjoy that before tens of thousands of people start showing up to this thing.

As the crowd flocked over to the opposite stage to catch Fitz and The Tantrums, Noel Gallagher, formerly of Oasis, and his band ripped through half of their set with material from his debut solo album and last year’s “Chasing Yesterday,” a personal favorite of mine. The applause was mild surely due to the fact that few actually knew the songs. The crowd did show a little life during the last half of his set. Oasis songs dominated the final half hour, including the power trio of “Champagne Supernova,” “Wonderwall” and, the set closer, “Don’t Look Back In Anger.” He didn’t engage the crowd much which is a shame. When he plays his own shows with a two hour set, he tends to poke fun at people in the audience which can be quite comical. He did take a jab at the 15 or so people standing in the VIP area before closing out his set. He left saying the next time he comes back that the audience better prepare themselves. Perhaps this wasn’t his favorite gig.

Fitz and the Tantrums easily had the largest crowd of the day. Wasn’t going to mess with that as I watched comfortably from afar. They are an entertaining band with a lot of good songs. Their set flew by quickly as I made my way to see Ryan Adams.

Being the only artist I hadn’t already seen once before I didn’t know what to expect. I’ve always gathered that he was a quieter artist. So, imagine my shock when he busts out a cover of “Black Sabbath” by the band with the same name. His set up was absolutely insane. Towering amps occupied both sides of the stage surrounded by retro arcade games. From where I was standing I couldn’t quite make out the games, but I’m pretty sure I saw Centipede. I’ve only recently become familiar with Ryan Adams’ material despite knowing about him for years. I was surprised to find out that he is actually a very funny guy. He asked for requests and got “Cotton Candy” from someone. This is a song that does not exist in his catalogue. He did not waste this opportunity. He mad libbed a song about the cloudy treat and picked on a security guard’s wardrobe choices in the process. The five minutes of stand up was easily the most memorable moment of the concert. 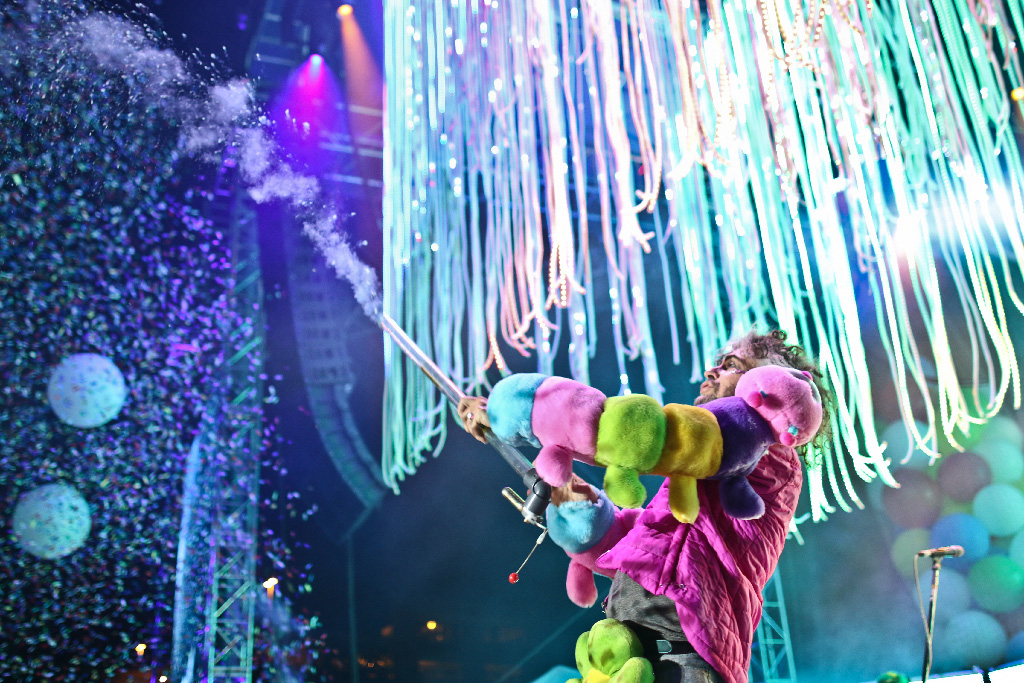 At least, it would have been if it weren’t for The Flaming Lips. They were memorable for good reasons and a really bad one. I won’t lie. I speak with some bias. The Soft Bulletin and Yoshimi Battles The Pink Robots are two of my favorite albums of all time. I also first saw them seven years ago in Columbus so I was hoping for a repeat performance and for the most part it was. Their stage set up had light raining onto the stage as if caught in a psychedelic thunderstorm. The confetti launched over the crowd during set opener “Race For the Price,” my favorite Flaming Lips song. Dozens of balloons were bouncing around the crowd turning area into a city block wide volleyball court. Wayne Coyne had an ecosystem of plush toy plants on his shoulders topped off with a smiling sun flower around his crotch because he’s Wayne Coyne. He’s a weird dude, and that’s the only explanation for it. This show was for the most part living up to the magic I saw last time I saw them in Columbus. Unfortunately, the show was cut unreasonably short due to circumstances that I’m not sure who to put the blame on. The band’s set was supposed to start at 10 and Wayne Coyne and company were on stage at start time, but kept leaving and coming back. Eventually, a sound check was made and somewhere between 15 and 20 minutes after their set time they started. The show was theatrical, what would you expect from the Lips? Said theatrics and an inflatable rainbow malfunction quickly expired what little time they had. This was made evident when a stagehand approached Coyne five minutes before 11 o'clock, the end of their slotted time. After announcing that they were playing their last song, they closed with “A Spoonful Weighs A Ton.” A “The Soft Bulletin” to be sure but, they had played well less than 10 songs prior to it. Ultimately, myself and the crowd surrounding me were left wanting more. When the rainbow incident was resolved Wayne Coyne told the audience to never doubt the rainbow. I will not forever doubt the rainbow.