From humble beginnings in Bowling Green, KY to packing and selling out concert venues around the world, Cage the Elephant proves why they are on top. Soaring through song after song with minimal chatter in between, lead singer Matt Schultz somehow managed to headbang throughout the entire set whilst bouncing from stage left to right, and even to the stage which jutted out into the crowd. His bangover has to be horrific today. 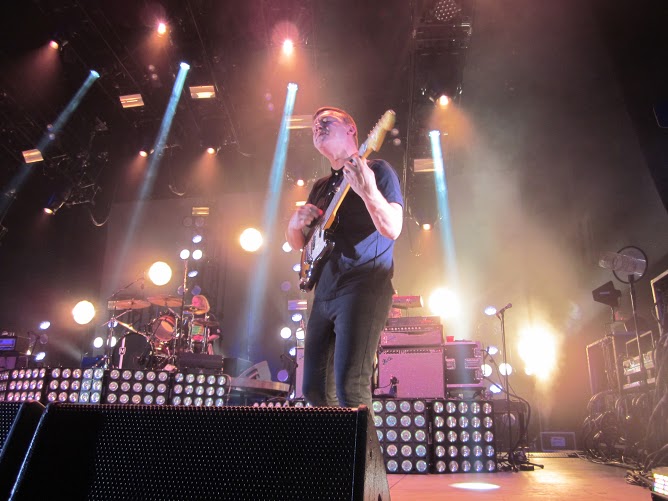 The band, who began their set a little after 9:30, started with “Cry Baby”, which happens to be one of my favorite tracks from their latest album, Tell Me I’m Pretty. During this song, the first song, “Mind You”, guitarist Brad Schultz jumped into the photo pit playing guitar and singing along, and then eventually leaned over backwards into the crowd. Leaning back up when he realized there was an issue with his guitar, a roadie and Schultz exchanged guitars by tossing them over the photographers in the pit, and the show continued without stoppage. Although the rest of the members of the band were outshined by the the animation of both Schultz’s, they sounded fantastic. 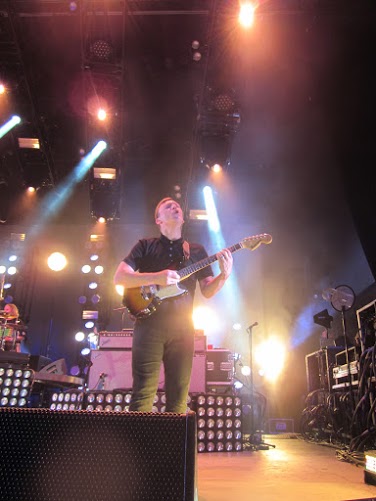 It was a wonder how Matt Schultz is able to get a word into the microphone when he is constantly running across the stage, interacting with fans, and lifting the microphone stand up into the air. His energy is unrelentless and admirable especially within the cold climate of rock and roll where too many bands stand with knees locked during performances. Managing to get in “Trouble”, “Mess Around”, and dream about cigarettes, the band provoked varied responses from attendees. I heard a man next to me say, “That sounds like shit”, during their performance of the crowd favorite, “Ain’t No Rest for the Wicked”, and on the other side, two young girls lost their minds screaming, “Thank you so much, I love you”, repeatedly. The air reeked of marijuana, pizza from Mikey’s Late Night Slice, and B.O., but in hindsight was the perfect outdoor summer concert for beer drinking (for those of age) and waiting on mom and dad to pick your underage ass up after the show. (The line of parents waiting for their children to exit Express Live! was unimaginable). Tour continues for the band with stops in Chicago tonight, and then the band travels overseas in August. Make them a priority for 2016’s summer concert season. 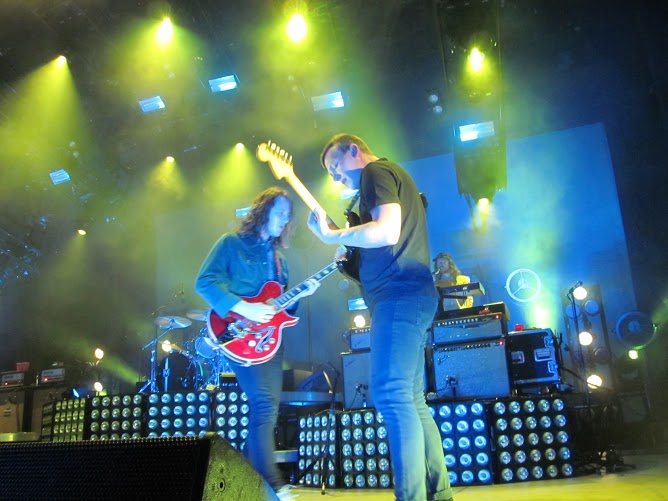 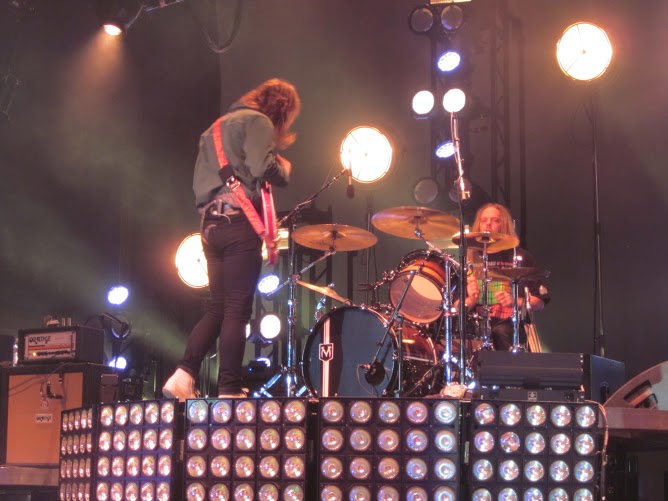