CincyMusic.com was lucky to attend Riot Fest in Chicago last weekend.  There was an insane amount of conflicts this year, but this week we will include a “Best Of” list of the most memorable artists. 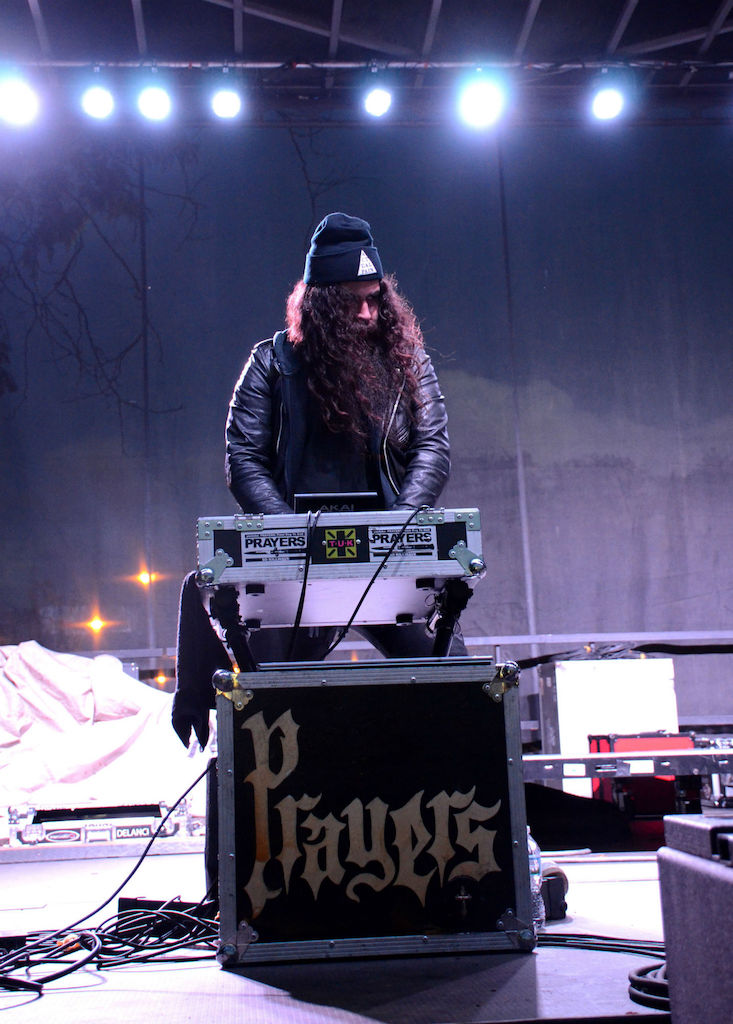 Prayers performed on the Radicals Stage at this year’s Riot Fest at dusk in Chicago. The band was fittingly placed on this stage since their performance was nothing short of radical. My introduction to the California band started with a Vice documentary which showcased the two-piece. To say I was instantly intrigued is a complete understatement; in fact, I showed the documentary to anyone who would listen. The band formed in 2013 with bearded beat master, Dave Parley and Prayers's tattooed front-man, Leafar Seyer. Both gentlemen make up the San Diego duo, whose self-admitted barrier breaking music is doing just that. Their "cholo goth" movement infuses the sounds of The Cure and Depeche Mode with the gang related themes one would expect from rappers such as Tupac and early Snoop Dogg. This collision of genres can only result in an explosion.

The shrapnel from this explosion from the two, who are members of the Sherman Gang in San Diego, landed in Detroit, New Orleans, Nashville, and solid spots at Riot Fest in Denver and Chicago. Luckily, I was able to witness the sermon of Seyer and Parley in person. The relationship on stage between Seyer and Parley is the perfect example of literary foil; Parley’s long beard and hair swung as his head nodded in time to the beats he created, occasionally glancing over at his bandmate. Seyer, in between one-liners such as, “We may not be the best, but there’s no one fucking better”, and “There are rumors swirling about me, rumors that I worship the devil when the reality is that the devil worships me,” was intense and dramatic. His hands gestured theatrically in the red and blue lit stage towards the audience and his face, and at one point he threw down the microphone stand which was covered Steven Tyler-style with black scarves. Beginning the set wearing a leather jacket which read “Lucifer Rising” on the back, Seyers busted through “Gothic Summer”, “Power Trip” (my personal favorite), and “Young Gods”, which features Blink-182’s Travis Barker. 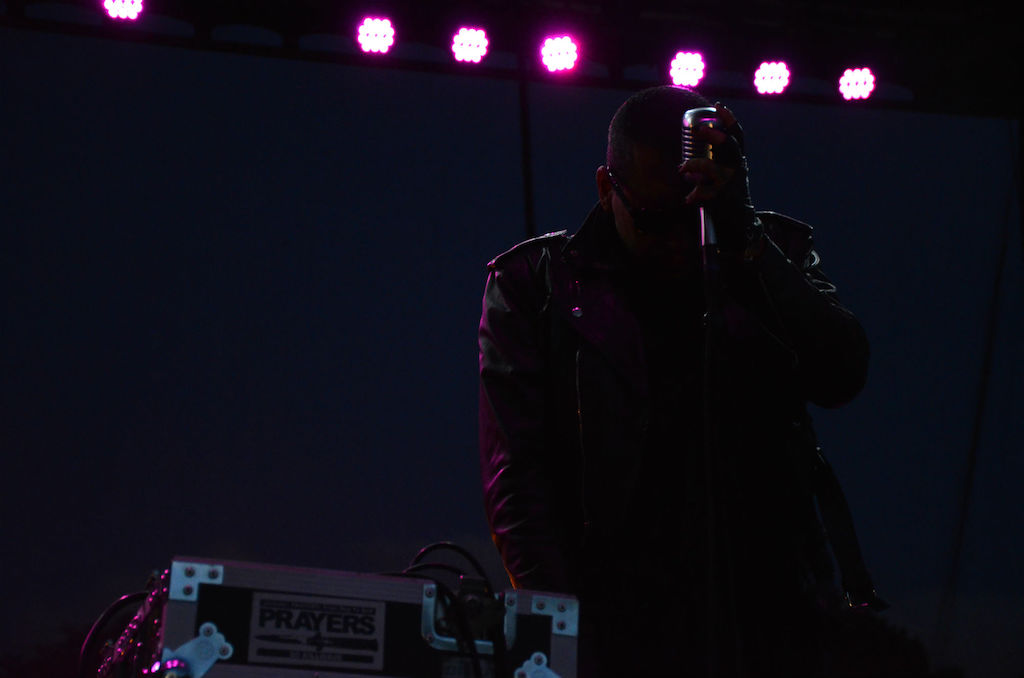 Seyer peeled off his jacket which revealed a neatly laid black vest. Eventually even the black vest was taken off which exposed his countless tattoos to the delight of many attendees, including myself.  Throughout his performance, loops of his voice echoed during his ego-filled rants while he seemingly fought off the demons trapped inside himself while acknowledging those who are out to get him. At the end of the performance, I wrote in my notes about a wish to have Prayers played at my funeral. Their performance is intense, but was one that I could not bear to leave early. New tour dates have yet to be announced but I will, without any doubt, make the trek to see this band again. 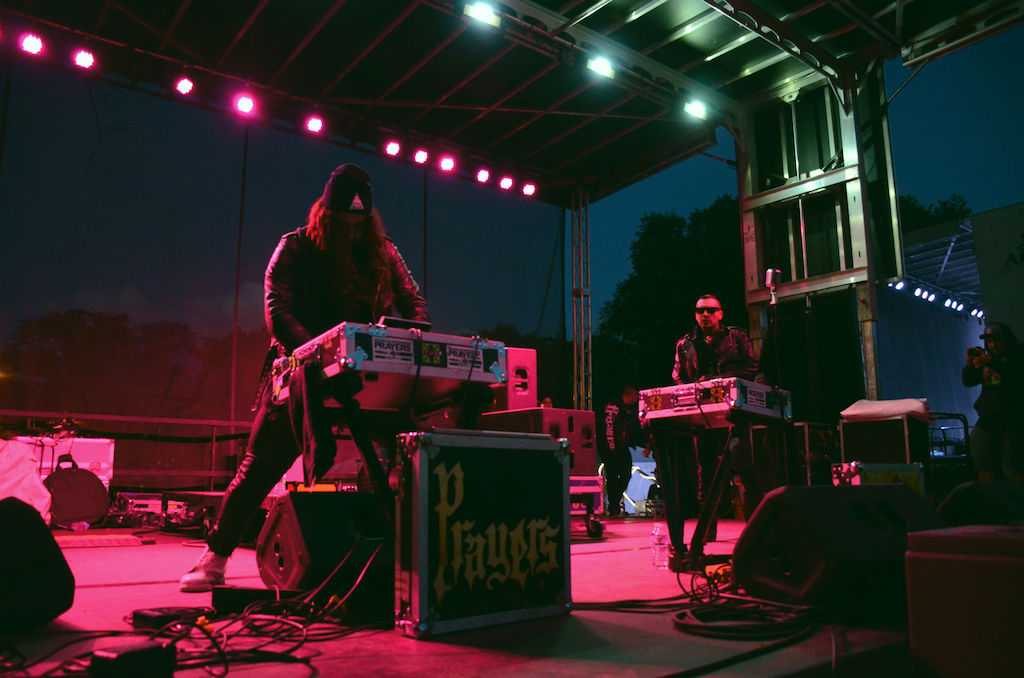 Unfortunately, after performing a mind-blowing set at Riot Fest, Prayers had the equipment of their tour videographer and photographer, Jordan Rios, stolen, along with the footage which was to become a tour documentary.  A Go Fund Me was set up in order to replace his missing gear here. 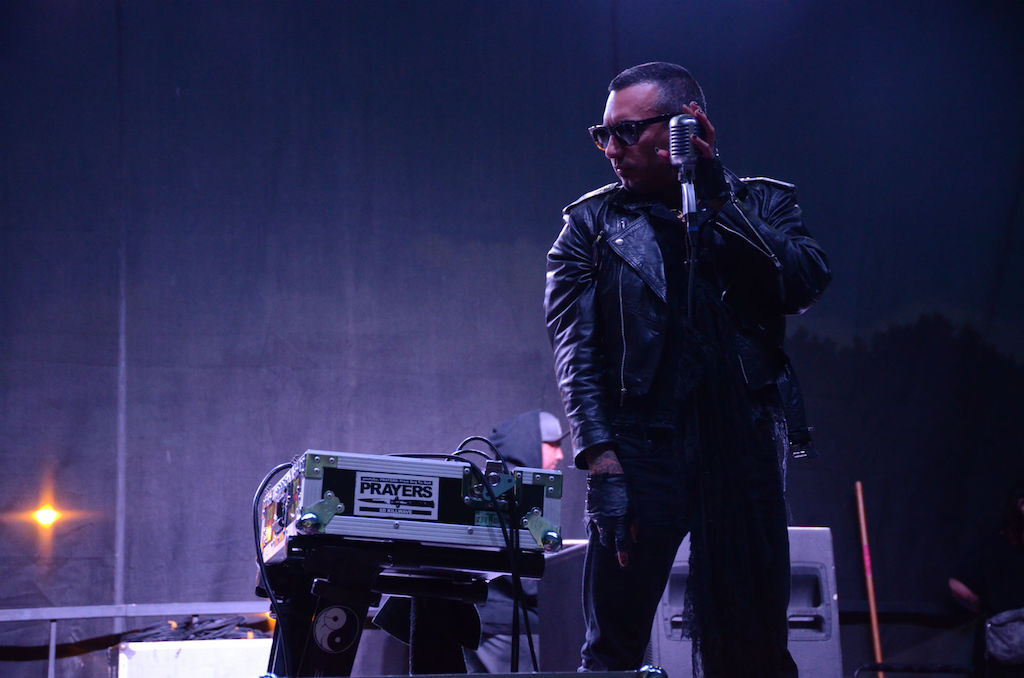 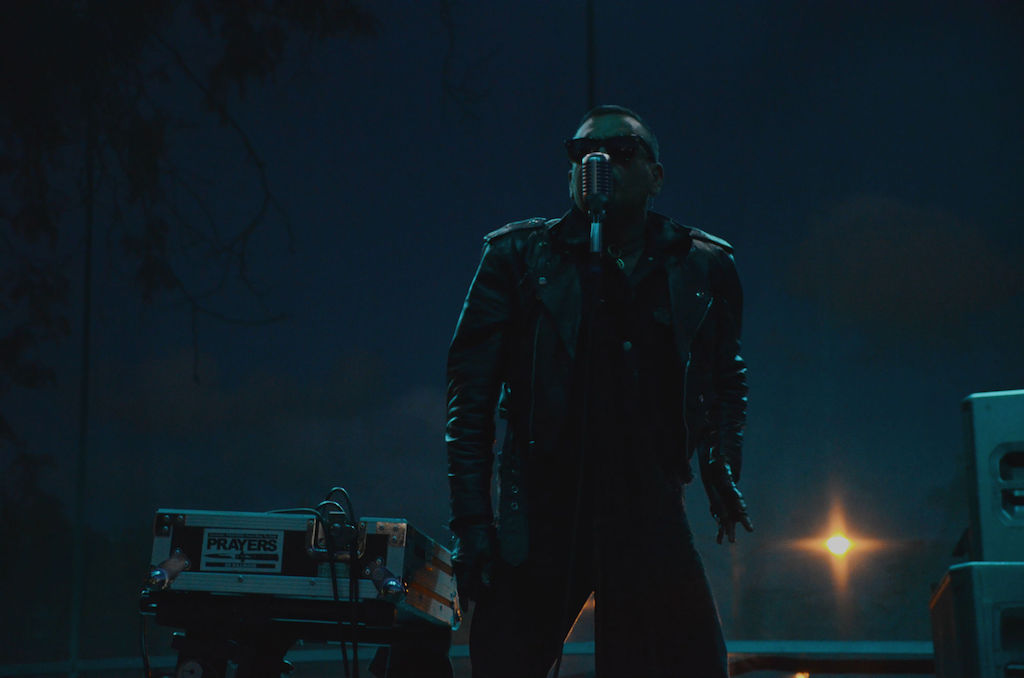 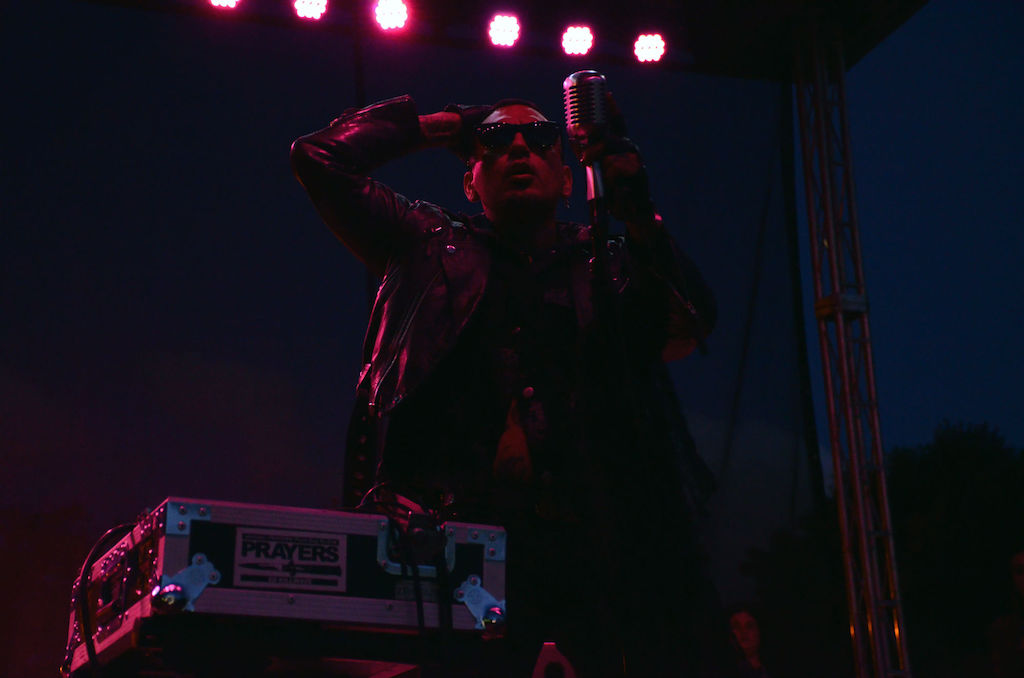 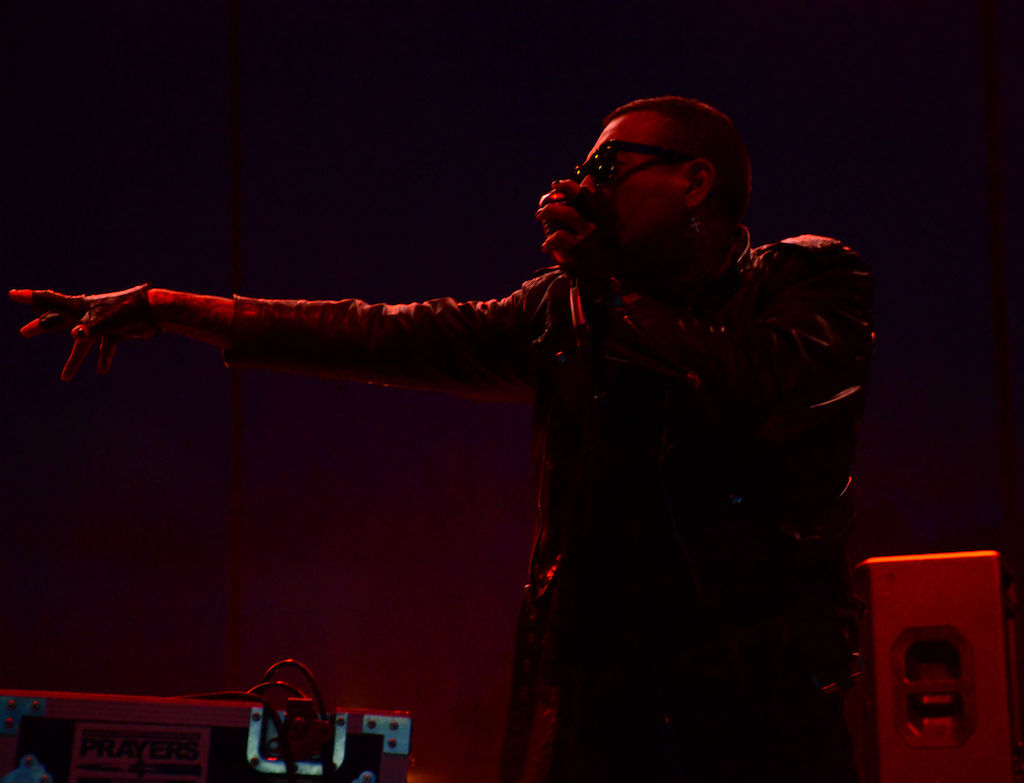 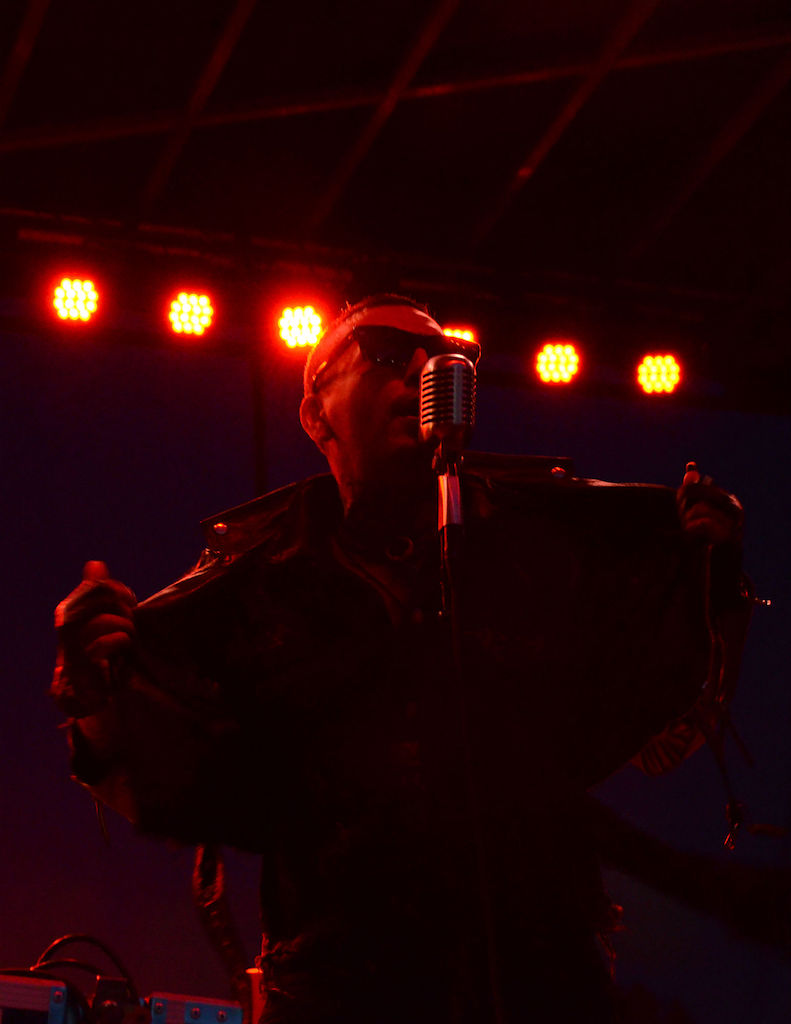 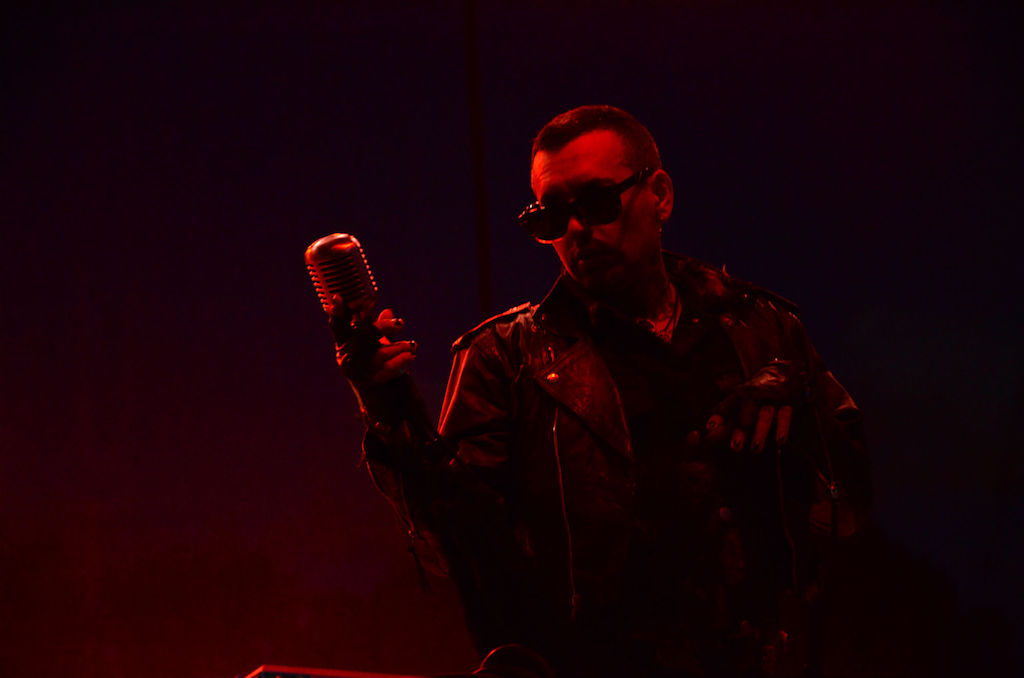