Def Leppard, STYX, and Tesla played Riverbend Music Center on Monday, August 17th. If the concert did not sell out, it surely was close. The lawn and pavilion were jammed packed with a sea of admiring fans. First, I need to mention the fans. The people watching was on point last night. Old school rocker types, ones you could tell were rocker types back in the day, and lots of teenagers and families. As you may assume, I attend a lot of concerts. Besides festivals, I have not seen so many small children with their families at a show in quite some time. I appreciate parents that take their kids to concerts. Start ‘em out early on teaching them about good music.

Tesla hit the stage first. Let me preface this review by stating, I Love Tesla. Although I’m not a die hard fan who has every album (tisk, tisk).  There was a time in my life when 5 Man Acoustical Jam meant everything to me. Tesla’s set list was short but very memorable. Jeff Keith in his flowing shirt and jeans owned the stage. Bouncing from one end of the stage to the other, he knows how to work a crowd. Only sitting for one song (well, part of it) – “Love Song”. I’m sure I’m not alone in saying, seeing this song performed live is breathtaking. The rest of the set was a blur to me but I made very good friends with my seat neighbor –also an avid Tesla fan. High fives were in order. 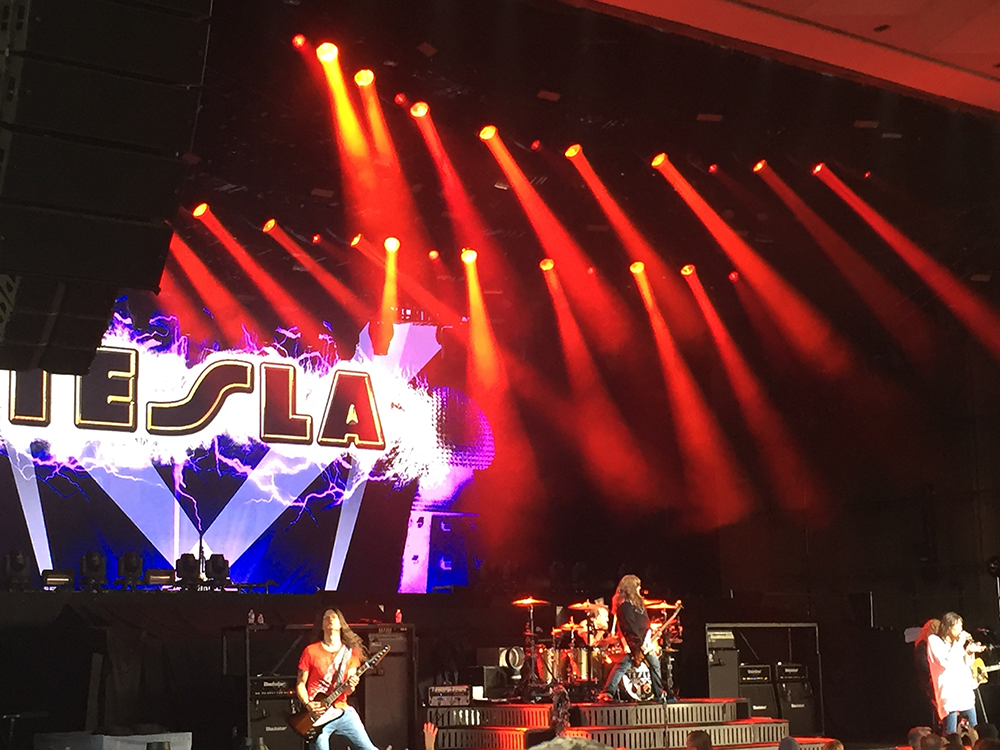 STYX took over the stage next. A fine wine gets better with age and, I do believe that is also the case for STYX. Lawrence Gowan is a lead man who is as excited about singing and performing as the audience is to hear. The band stuck mostly with tracks from the 1977 album, The Grand Illusion and no one seemed to mind. Along with the hit, “Come Sail Away”, the band graced us with an impressive cover medley as well as hits “Lady” and “Renegade”.  Everyone was dancing, hands in the air!

Excitement was building as Def Leppard set up to close out this amazing night. The buzz in the air was evident as girls found their places surrounding the pavilion atop picnic tables (much to the dismay of the Riverbend staff). Upon the opening song, “Rock! Rock!” everyone jumped to their feet to cheer on the band. Def Leppard kept everyone in a frenzy and then brought us to our knees with the ballad, “Love Bites”.  I tell you what, I don’t care who you are, that song tears at your heart strings. Luckily they brought us back up into rock mode with, “Armageddon It” followed by a classic cover choice, “Rock On”.  After which if I not mistaken, they teased us with a Neil Young cover which quickly elapsed into, “Two Steps Behind” followed by “Rocket”.  Once, “Pour Some Sugar on Me” was played I assumed the night was over. Nope! Two encores kept the night going. I tell you what… Where is the afterparty?! 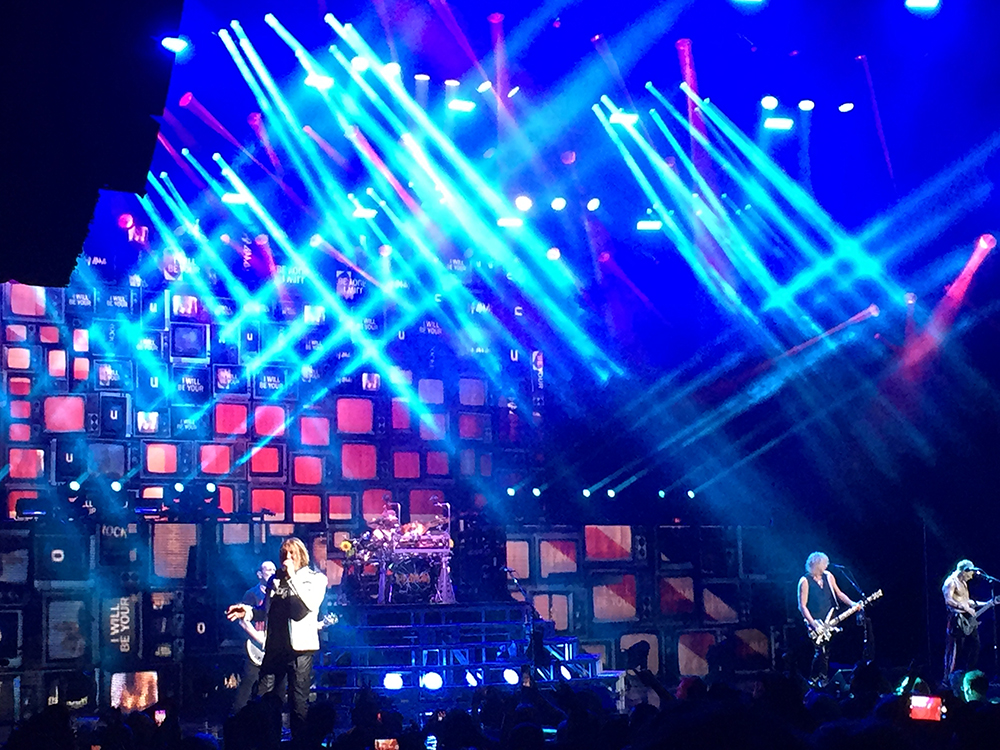 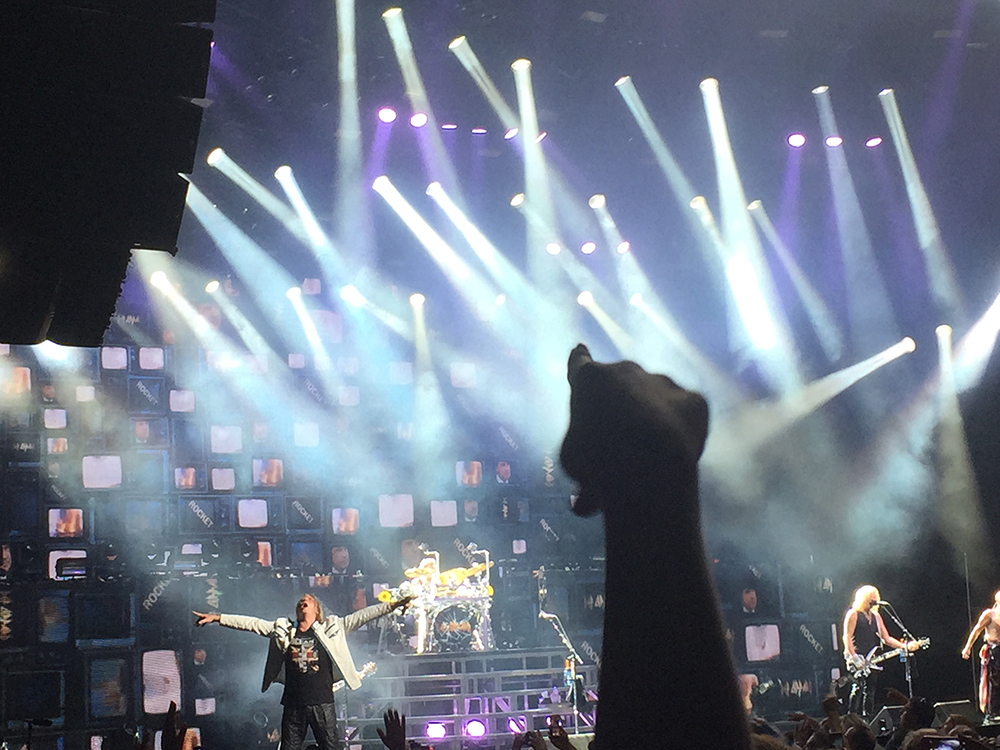