For a band coming off a weekend appearance on Bonnaroo’s biggest stage, Dawes was certainly playing to a downsized crowd in both numbers and interest on Sunday evening. The majority of the horde at the Horseshoe Casino in Cincinnati was obviously there for the man holding the radio hit, Hozier. But by any means, it certainly didn’t stop Dawes from bringing the heat on an already scorching summer night.

Check out the full set of photos here 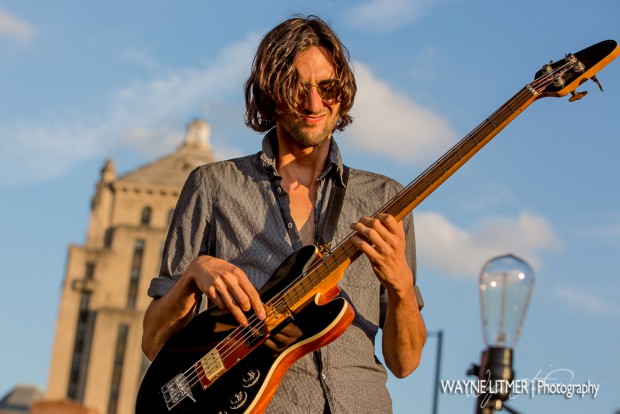 They jumped right into it by starting their set with “Things Happen,” a song that depicts a relationship that both people know is on its last leg. The band also flashed this song on their most recent David Letterman appearance, which was their first late night show while supporting their new record, All Your Favorite Bands. Dave, who over time has been a recognizable fan, made quite the complimentary remark by saying, “If you’re looking for a rock ‘n’ roll band, this is pretty much all you need.”

Taylor Goldsmith, lead guitar and vocalist, is the ideal icon of a transitional songwriter. It didn’t take long to notice this during their eight song set on Sunday. The band shifted from Things Happen into Don’t Send Me Away, two totally different takes on relationships. He’s basically begging on this track for one more shot. It’s almost a sad plea at times when Goldsmith belts out, “But don’t send me away / This is where I’m supposed to be / Don’t send me away / You don’t know what you do to me.” 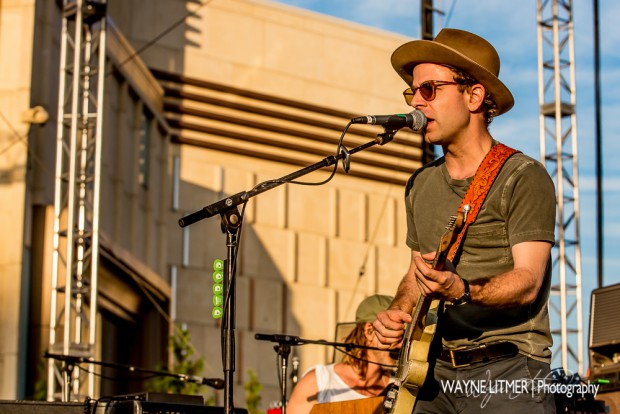 After starting with two songs off the new album, Dawes jumped back for Time Spent In Los Angeles, a fan favorite off their 2011 record, Nothing Is Wrong. It’s another deep rooted cut from the band who hails from the city of angels. The track grapples with the romanticism of always being on the road and the effect it has on the reality of relationships and love. The chorus of this song relates to a love interest, but in my eyes, it accurately depicts the dimension of Dawes. “You got that special kind of sadness / You got that tragic set of charms / That only comes from time spent in Los Angeles.” At the end of the day, this band reaches back on their roots to play these sad songs that still charm listeners.

Duane Betts, whose father was a founding member of The Allman Brothers Band, has become a touring member of Dawes during their latest stretch. Betts may have not recorded the new album with the band, but you wouldn’t be able to tell by the way he and Taylor play off of each other, rolling into battling solos that leave you wanting more, especially during just a forty-five minute opening set. This exciting new partnership was especially highlighted during a new track, Somewhere Along the Way. A tune that starts out hot and hopeful about a girl who is adamant on chasing her ideal existence, but quickly turns to, “Somewhere along the way / The running just lost its fun / It happens to everyone.” But like several songs written by Goldsmith, he learns from the character’s flaws and the back end of the story shows exactly that in lines like, “I started to smile again / I don’t remember when / Somewhere along the way / Things will turn out just fine / I know it’s true this time.” 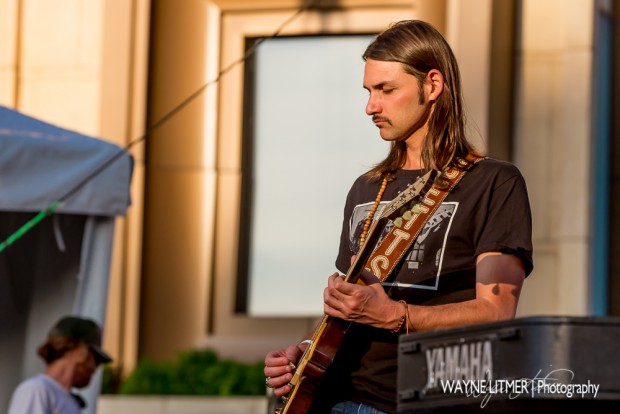 Just halfway through the set, Dawes brought out the heavy hitter, A Little Bit Of Everything. This is the type of track that every songwriter strives for. Even Bob Dylan commented on how great of a ballad it was after Dawes opened for him on some dates a few years back. Before diving into it on Sunday evening, Taylor gave the crowd a fair warning, “This song’s about jumping off a bridge… Eating too much… And getting married… In that order.” You can tell they’ve probably played this song too many times to count, but I mean that in the best way possible. They glide through it with the required amount of passion that comes with a classic hymn.

After playing Most People, and a crowd pleasing rendition of When My Time Comes, it was time for the closer. The title track on the album, All Your Favorite Bands, is a beautiful sing-along and a perfect send-off. It longs the listener to ponder on the type of friendships that have bones. It could be written to an ex-lover or a best friend. There’s a good chance it’ll make you genuinely miss someone. Regardless of who you’re thinking about while listening, it’ll put you in a place of love. In a sense, it’s Bob Dylan’s Forever Young. “I hope that life without a chaperone is all you thought it’d be / I hope your brother’s El Camino runs forever / I hope the world sees the same person that you always were to me / And may all your favorite bands stay together.” Here’s to hoping that Dawes not only stays together, but makes their way back to the Cincinnati area in the near future. Be sure to keep these new and old songs in your summer rotation.

Setlist:
Things Happen
Don’t Send Me Away
Time Spent in Los Angeles
Somewhere Along the Way
A Little Bit of Everything
Most People
When My Time Comes
All Your Favorite Bands 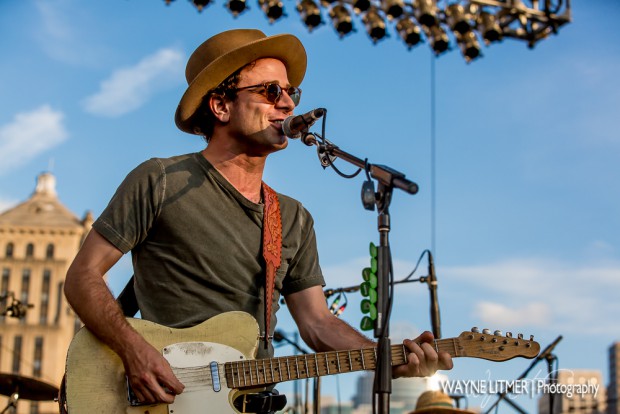 Photos of Hozier and Dawes at Horseshoe Casino Cincinnati :: Courtesy of Wayne Litmer