Saturday night, The Pixies took the outdoor stage at the Horseshoe Casino in downtown Cincinnati. Enforcing the no umbrellas allowed policy, I left the venue damp, but happy. 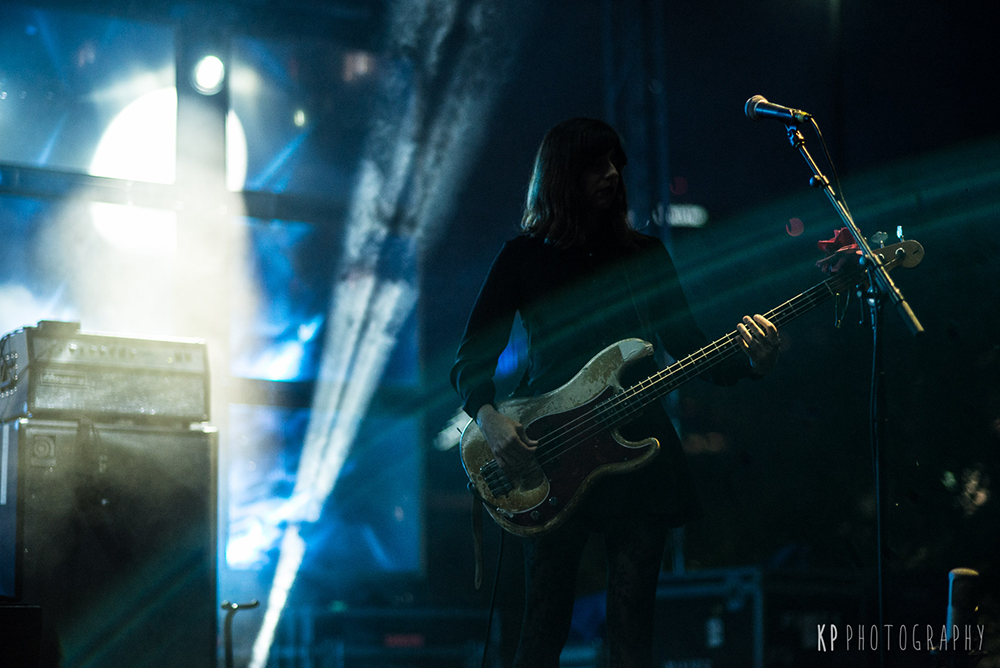 But, I won’t get ahead of myself. Before stepping onto stage and reliving what the soundtrack of my life should have been in the 90s, a generous amount of people stood anxiously on the damp ground awaiting the band. With the smell of cigarettes and alcohol and R.E.M.’s “It’s The End of the World As We Know It”  fading out and The Pixies storming in, they were relentless. Last year I had the pleasure of losing myself in a Pixies performance in Columbus and what a difference a year makes especially with the addition of their new-ish bass player, Paz Lenchantin. Lenchantin was seemingly more introverted last year, but last night more than proved why she belongs. While the legacy of Kim Deal is missed, Lenchantin’s enthusiasm for the music, talent, and the ability to single-handedly raise the crowd’s energy level is evident by her rhythmic dancing and the movement of her shoulder length hair. 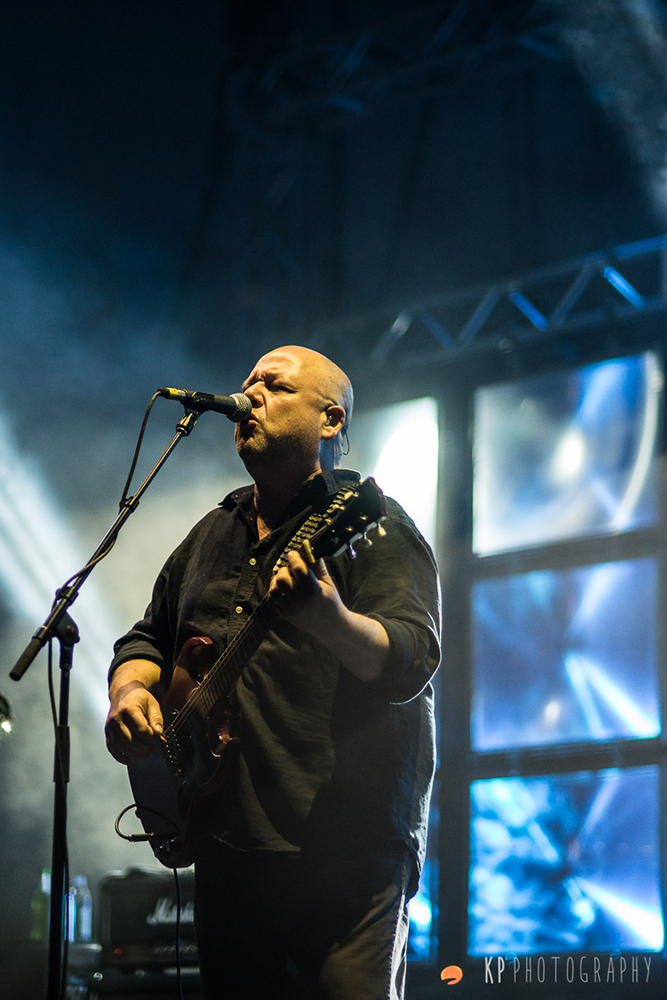 Tearing through classics such as “Crackity Jones”, “Tame”, “Here Comes Your Man”, and “Monkey Gone to Heaven”, I only left my spot once only to throw away my empty “Debaser” (Drink specials included a fuchsia bourbon-based drink, properly called “Debaser”) cup.  I didn’t even budge when a drunk man asked what I was doing, referring to the notes I typed into my phone or even to use the bathroom. 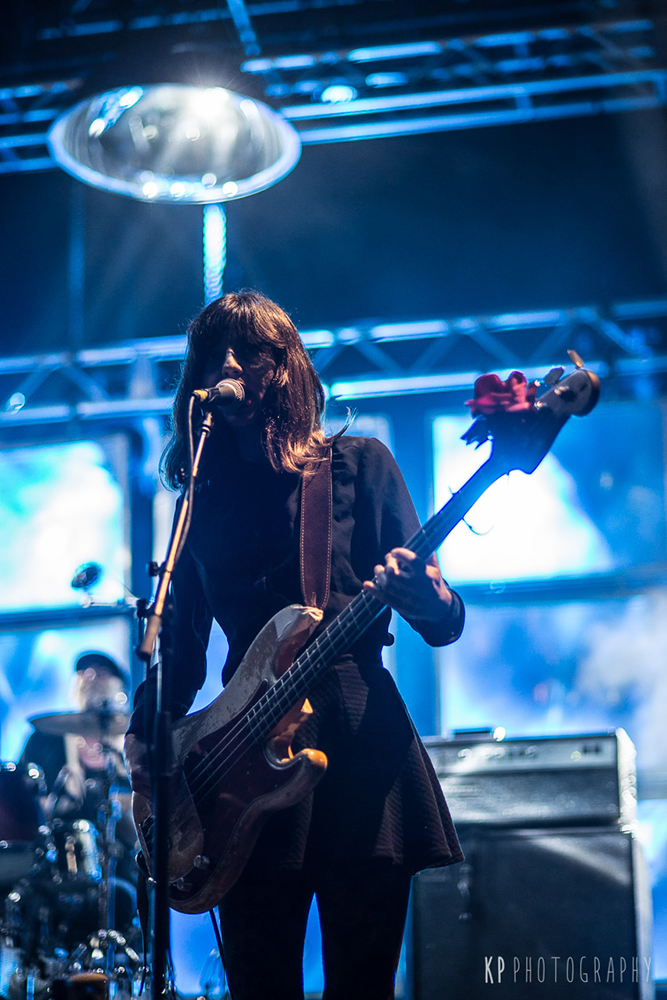 Frank Black’s voice was even better than I remembered; his occasional yips and barks endured a set that started at 9:12 and ended a little before 11:00 PM. The band even played an encore of “Hey” and “Planet of Sound”.  The Pixies played close to 30 songs of their extensive catalog, but to this day, “Where is My Mind” remains the jam that makes all of my suppressed feelings come to light. Speaking of light, during my favorite song, the stage’s lighting were as if the band were performing in a disco ball, lights spinning around the band and sometimes on the buildings around the casino. I couldn’t be annoyed at the audiences’ drunken woo’s during this song because it was surprisingly on key anyway. 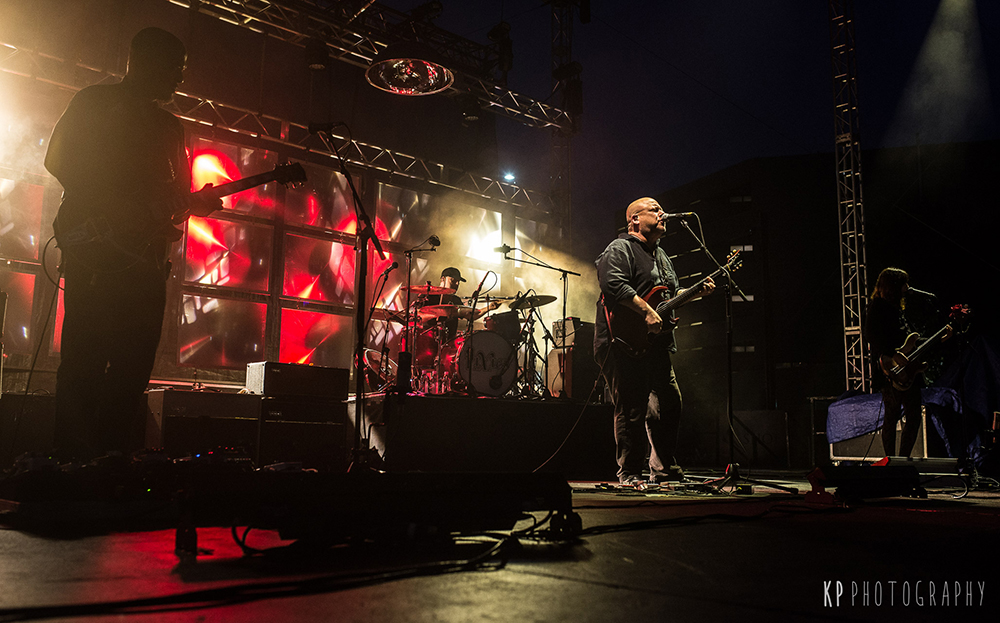 There are criticisms about bands who just “stay and play”, meaning standing at their mics and “just” playing through music. The difference between a band like The Pixies and ones that shall remain nameless is simple. Quality.

Tour rolls on for The Pixies until mid-June.  Lose yourself in them. 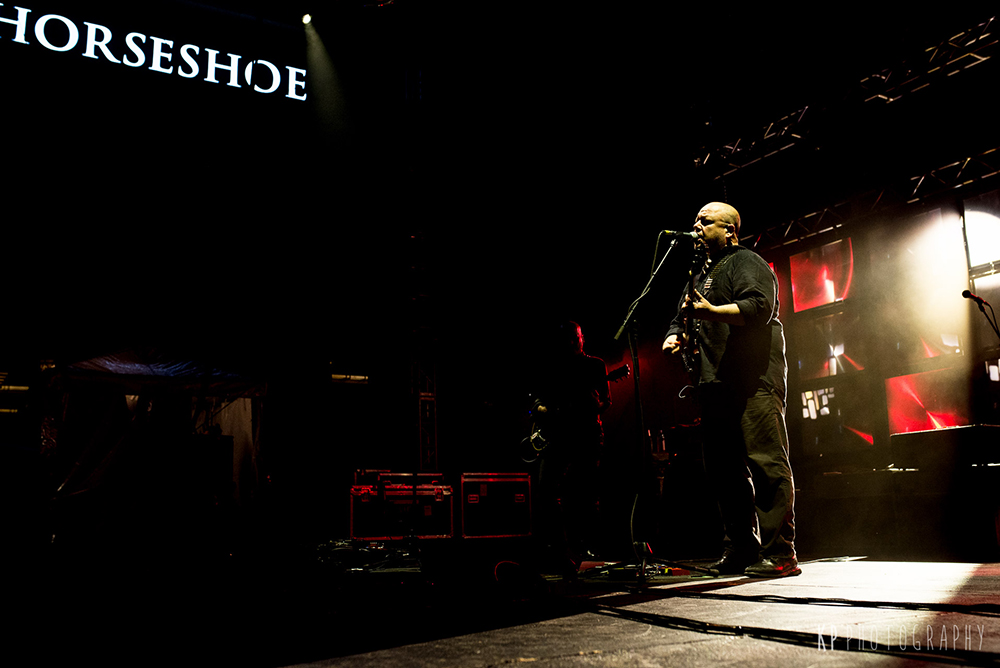