Dane Granger is set to be filmed and produced in Ohio and Indiana by the startup film company HM&M Films. HM&M Films is a small operation based out of Winamac, Indiana that has been creating high quality, low budget films since 2011.

Typically focused in the Horror genre with titles such as And Then You Die and Night of the Dolls, HM&M was so moved by the book Dane Granger Reborn that they decided to expand their repertoire into the genres of Romance, Psychological Thriller, Coming of Age, and LGBTQ.

First time author and Cincinnati artist, Stephanie Hensley, translated her book into the script for Dane Granger, and is ready to fulfill her vision for a dream she never allowed herself to have until now. Dane Granger Reborn is based upon her own struggles and growth, and as the tagline states: “The emotions are real, everything else is questionable.”

For details on how to participate, see the flyer below: 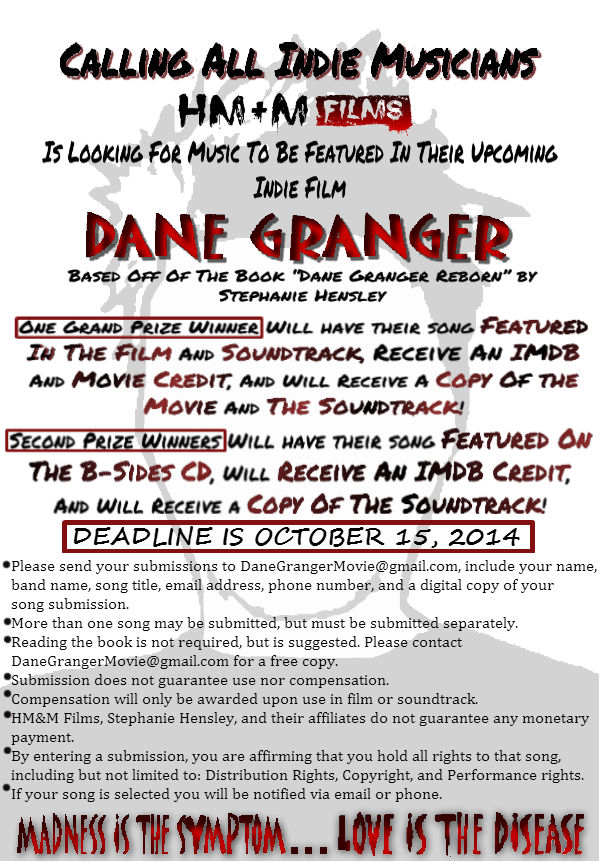