That's a wrap! Our final review for Bunbury Music Festival 2018.

Here's our recap of Saturday at Bunbury Music Festival!

Davy Knowles has been influenced by several of blues artist like Dire Straits, Rory Gallager, Son House, Eric Clapton, and Bukka White. Singer/songwriter Davy Knowles released his Delta blues EP titled 1932 in March 2017, a bootleg series in April and is ready to showcase his material at the The Southgate House Revival on January 26th.

A sea of screaming fans filled U.S. Bank Arena on Friday night to see one of the biggest rock-n-roll bands of this era play in Cincinnati after not playing in the Queen City for 20 years.

Americana and New York City-based band, JD & The Straight Shot, brought the audience together with their foot-stopping’ and clapping performance while opening up for The Doobie Brothers at Eastern Kentucky University on Tuesday night to promote their latest album, “Good Luck and Good Night.”

The New York-based Americana band, JD & The Straight Shot, will be going on tour with The Doobie Brothers starting September 16 and will be releasing their sixth studio album today.

A four-piece east-ender rock band have not only discovered their charismatic, British rock-like, sound, but give their audience a new experience by infusing an excess amount of energy and electrifying solos in to their live performances, which brings their fans back to a better time in rock-n-roll.

Fans were very excited to see one of their favorite Eagles members, Don Henley, on Thursday night at PNC Pavilion.  The opener, JD & The Straight Shot, definitely set the tone for the show with their gothic folk sound mixed with a little Americana.

Tom Petty and The Heartbreakers Play as if Last Show

Over 40 years ago, 17-year-old Tom Petty moved to L.A. with guitarist, Mike Campbell, and keyboardist Benmont Tench, after disbanding their band Mudcrutch (reunited in 20160. It was not until 1975 when Petty heard a demo from Campbell, Tench, bassist Ron Blair, and former drummer Stan Lynch were working on. It was then that the Heartbreakers formed. 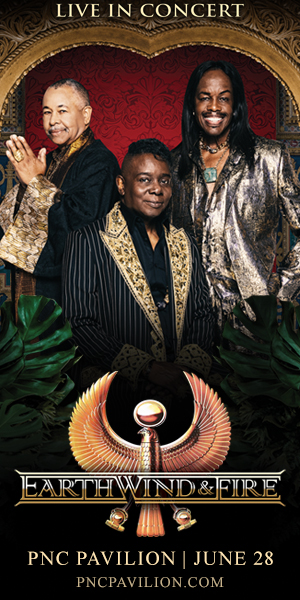